The Malaysian sensation debuted in ONE Championship back in March 2018, and she has made her presence felt in the women’s atomweight division with four sensational victories.

However, as fans became more acquainted with the “Shadow Cat” outside of the Circle, their love for her grew even more.

The 21-year-old Johor Bahru native has relentless energy, humor, and a smile for every occasion, and these traits pushed her to international superstardom.

In this week’s edition of #WomanCrushWednesday, we look at three of the key factors behind the Malaysian athlete’s meteoric rise.

Going back to my school after 4 years. May be not too long ago since I graduated high school but I rmb i told myself that i will be back here as better version of me and today i made it. Thank you teachers, Pra-U students for having me today! Not to forget thank you @mahasiswa.pg to make it happen! You guys are absolutely amazing!

Jihin may stride confidently into the Circle in front of thousands of people in packed arenas all across the world now, but during her childhood, she was an extremely shy individual.

Fortunately, sports started to bring the Malaysian out of her shell in her teens, and then her success in martial arts accelerated the process.

Now, the Ultimate MMA Academy representative is a role model for others, particularly young women, and she is confident enough to speak out and tell them that they can achieve their dreams, too.

Jihin entered the world’s largest martial arts organization as a seasoned competitor, even though she had only taken up martial arts at the age of 16.

To date, she has tested herself in amateur mixed martial arts, Muay Thai, Brazilian Jiu-Jitsu, and wushu competition – and she has won titles in each discipline.

Her crowning glory to date was when she won the FIOGA Wushu World Championship with less than two years’ worth of martial arts training, which showcased her prodigal aptitude for combat.

Jihin’s agility and guile certainly helped her to earn the “Shadow Cat” moniker from Yeoh, but the Johor Bahru resident’s love for her feline friends cemented it.

The qualified veterinary nurse has six cats — Olive, Garlic, Snowflake, Shadow Hunter, Peanut, and Kaka. Each one has different characteristics that she loves, but they share the same loyalty and independent streak.

Also, they are not just companions, either. They can be useful training partners when she can’t make it to the gym!

Finally, take a look at some of Jihin’s best action shots in ONE Championship! 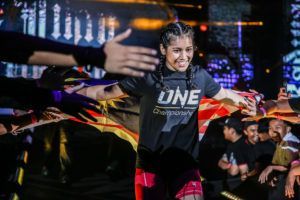 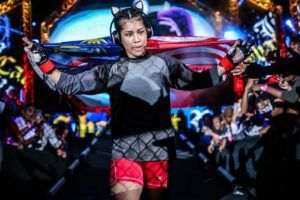 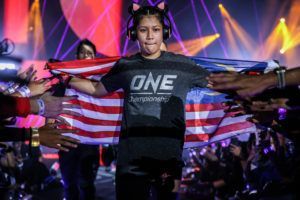 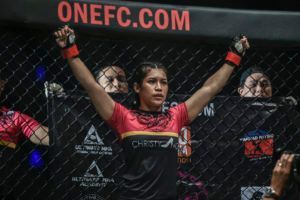 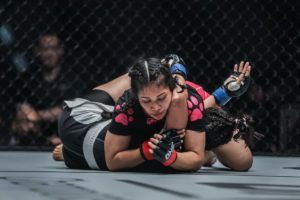 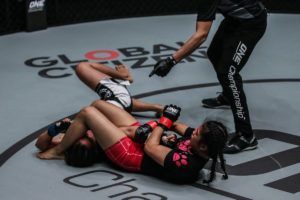 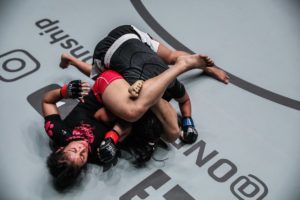 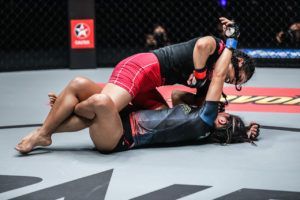 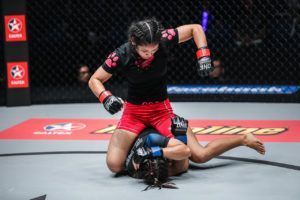 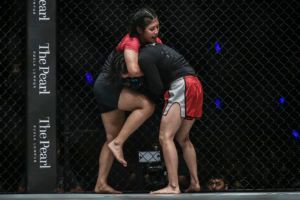 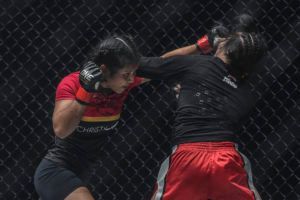 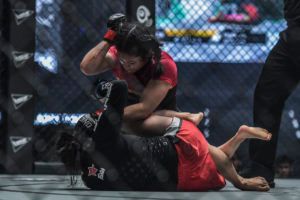 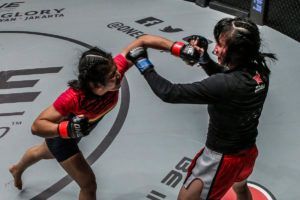 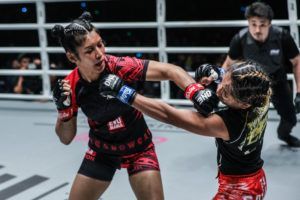 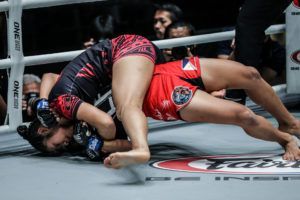 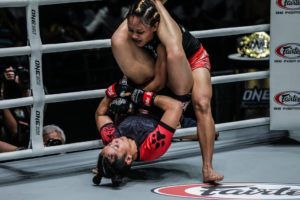 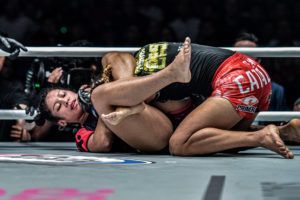 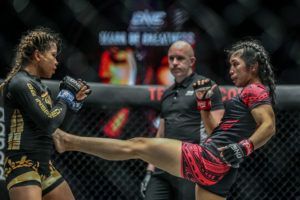 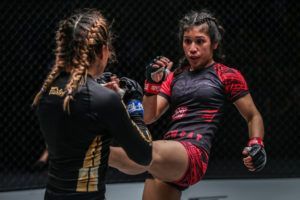 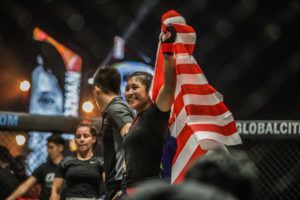 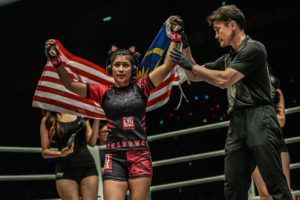 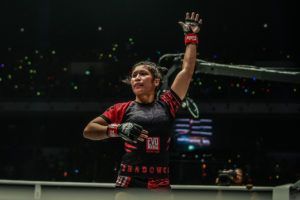