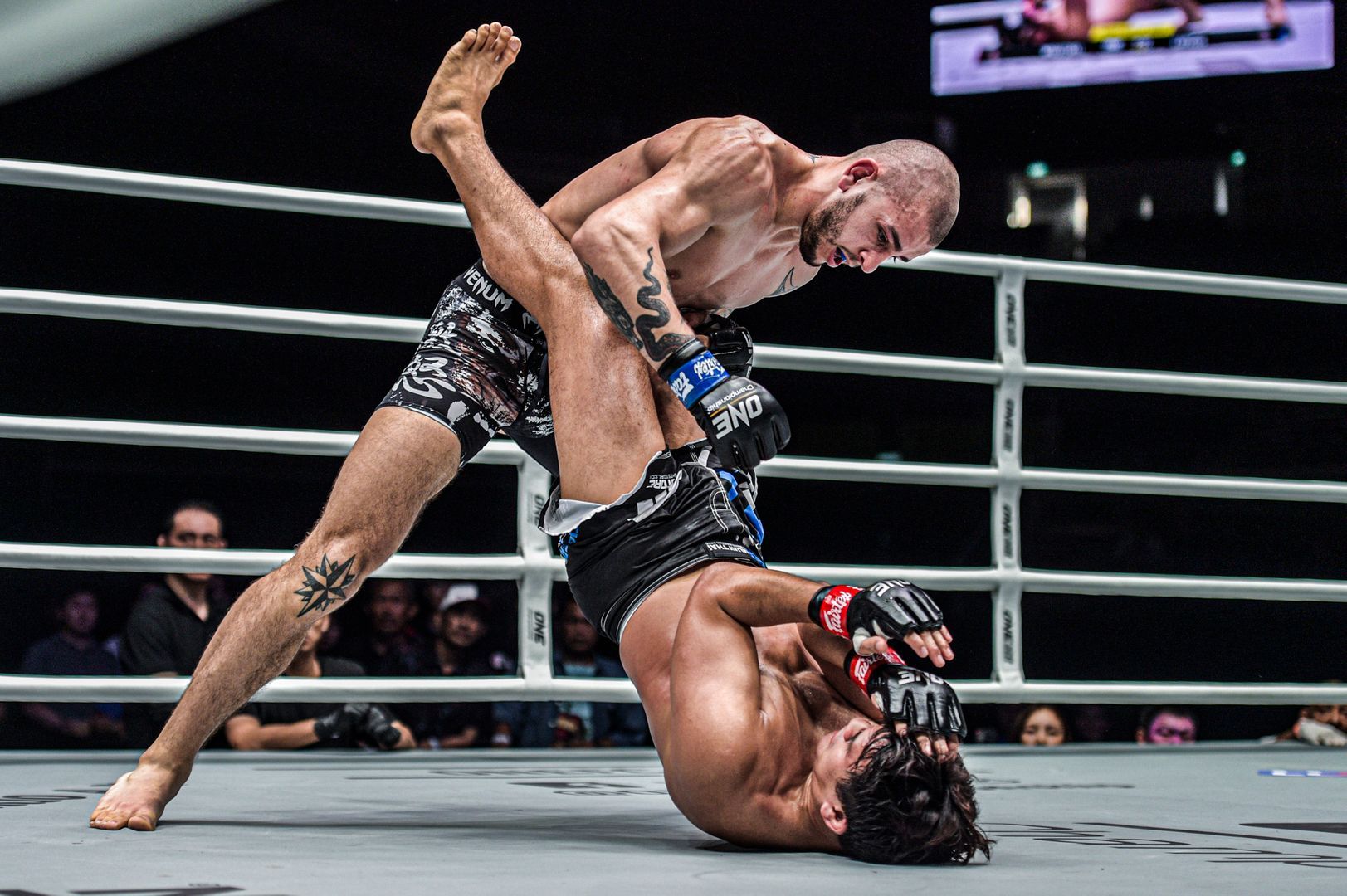 Iuri Lapicus made an impact in his ONE Championship debut on Friday, 17 May.

The undefeated 23-year-old battled Shannon “OneShin” Wiratchai for three closely-contested rounds at ONE: ENTER THE DRAGON in the Singapore Indoor Stadium.

As the bout wore on, he pulled away with the contest, and submitted the Thai via rear-naked choke at the 3:10 mark of the third and final stanza. 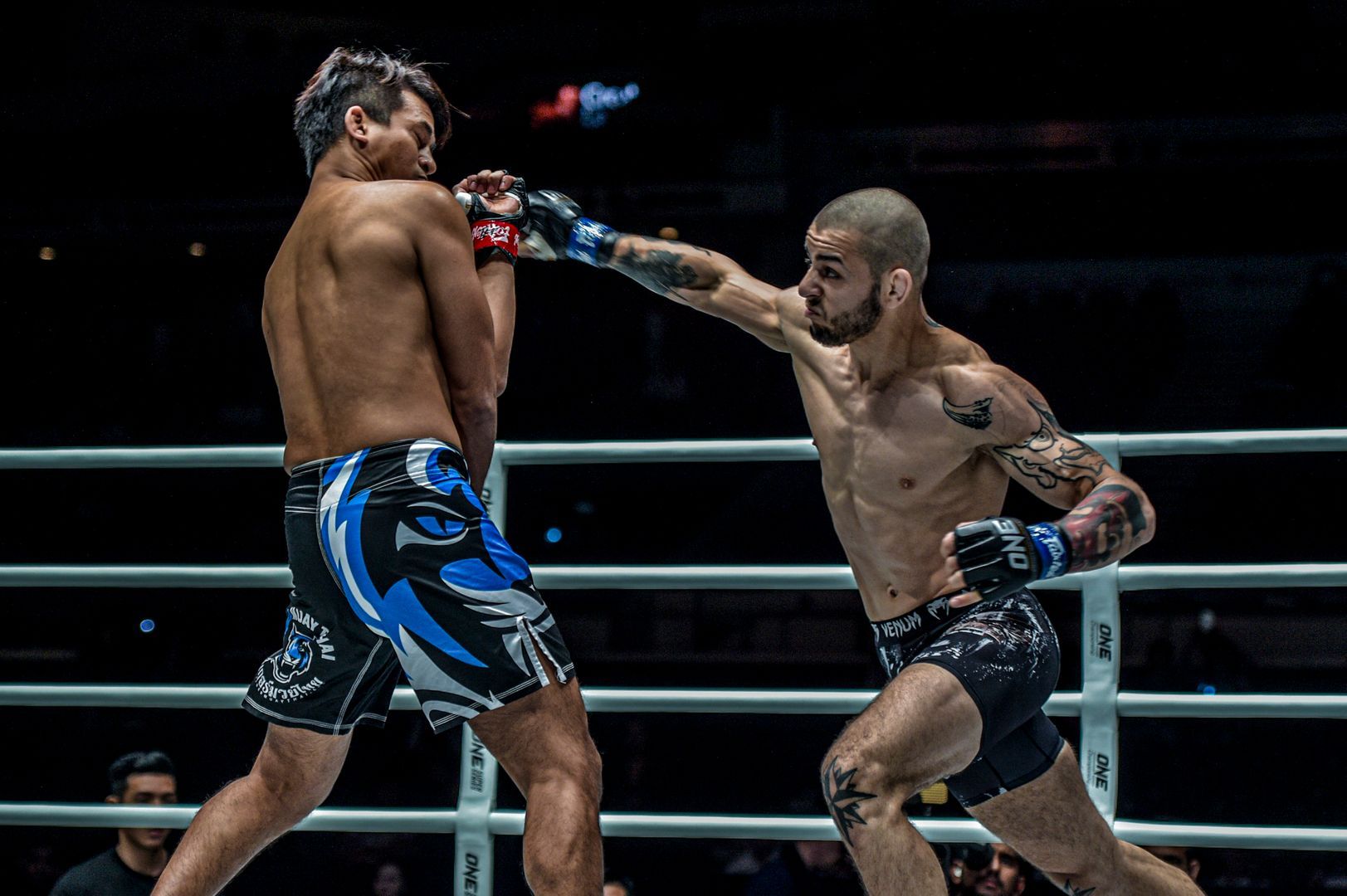 Lapicus, who represents Team Petrosyan, started off the lightweight affair with a hard right kick to the body, while the Thai counter-striker feinted and probed to try and find an opening.

The Moldovan used his power shots to close the distance on his rival for most of the first period, but Wiratchai defended well and quickly scrambled to his feet when he was taken to the canvas.

At the beginning of round two, Lapicus charged in with punches and worked for a takedown. “OneShin” defended the initial attempts, but the Team Petrosyan product finally managed to drag his rival to the mat. 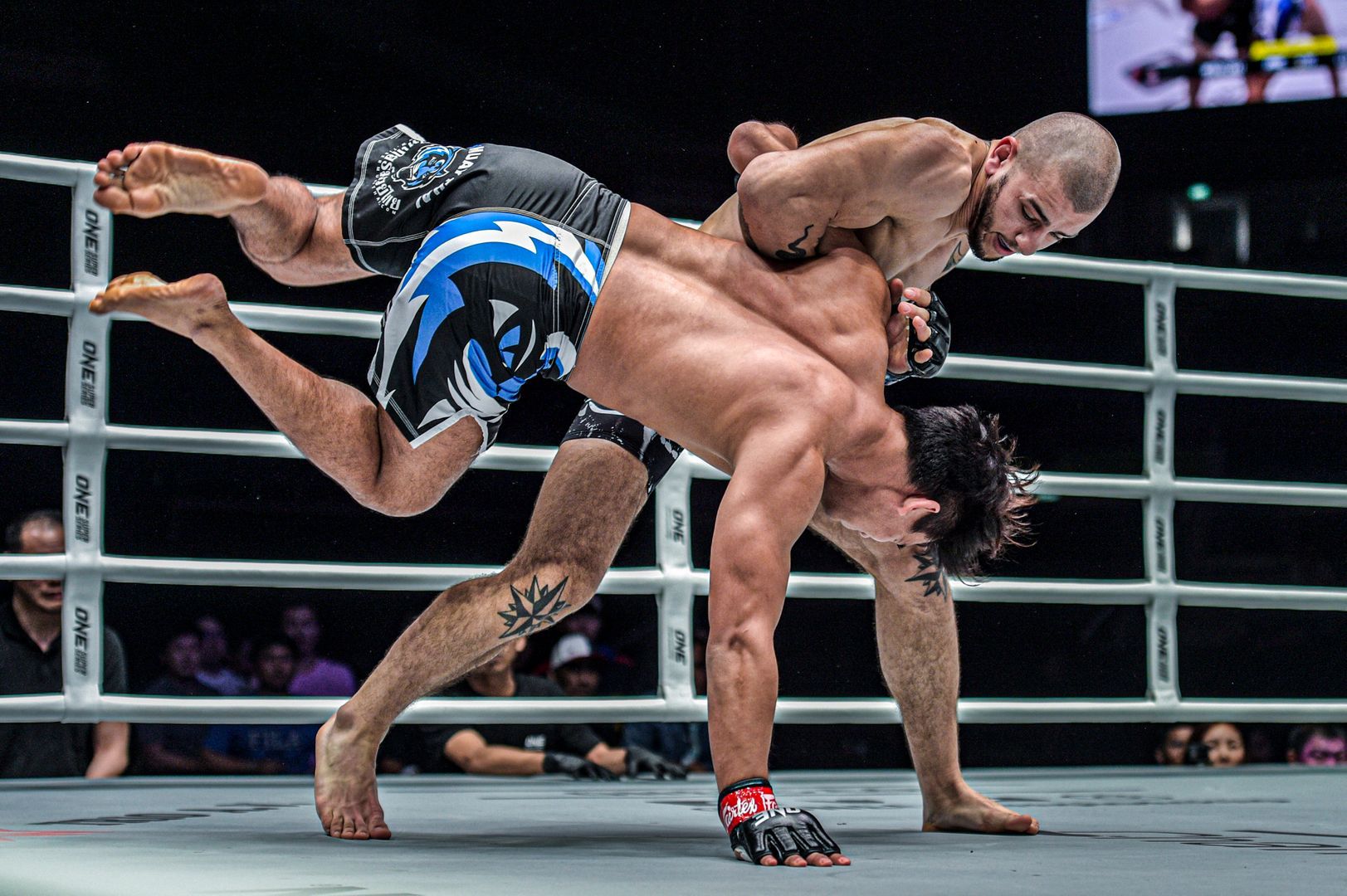 Lapicus maintained top control, and he chipped away with punches and elbows to tally up the damage. Meanwhile, Wiratchai struggled to escape his grasp or mount any offense from underneath his rival.

After spending the majority of the second frame on his back, “OneShin” looked reinvigorated at the start of the third. The 30-year-old Thai knew he had ground to make up and went on the front foot.

Wiratchai landed a straight left and jumping knee on his foe, and he shrugged off a single-leg takedown attempt. The Bangkok native continued to score with his hands, and he threatened with a guillotine choke when Lapicus moved into range again. Undeterred, Lapicus finally managed to take the contest back down to the ground and went straight into the mount position.

Once he caught his breath, the 23-year-old pierced the Thai’s guard with a hard elbow and landed a flurry of punches. Wiratchai turned away from the attack, which allowed the Moldovan to cinch up the rear-naked choke. “OneShin” had no choice but to tap out.

With the victory, Lapicus pushed his perfect mixed martial arts record to 13-0 and impressed in his first outing under the ONE banner.