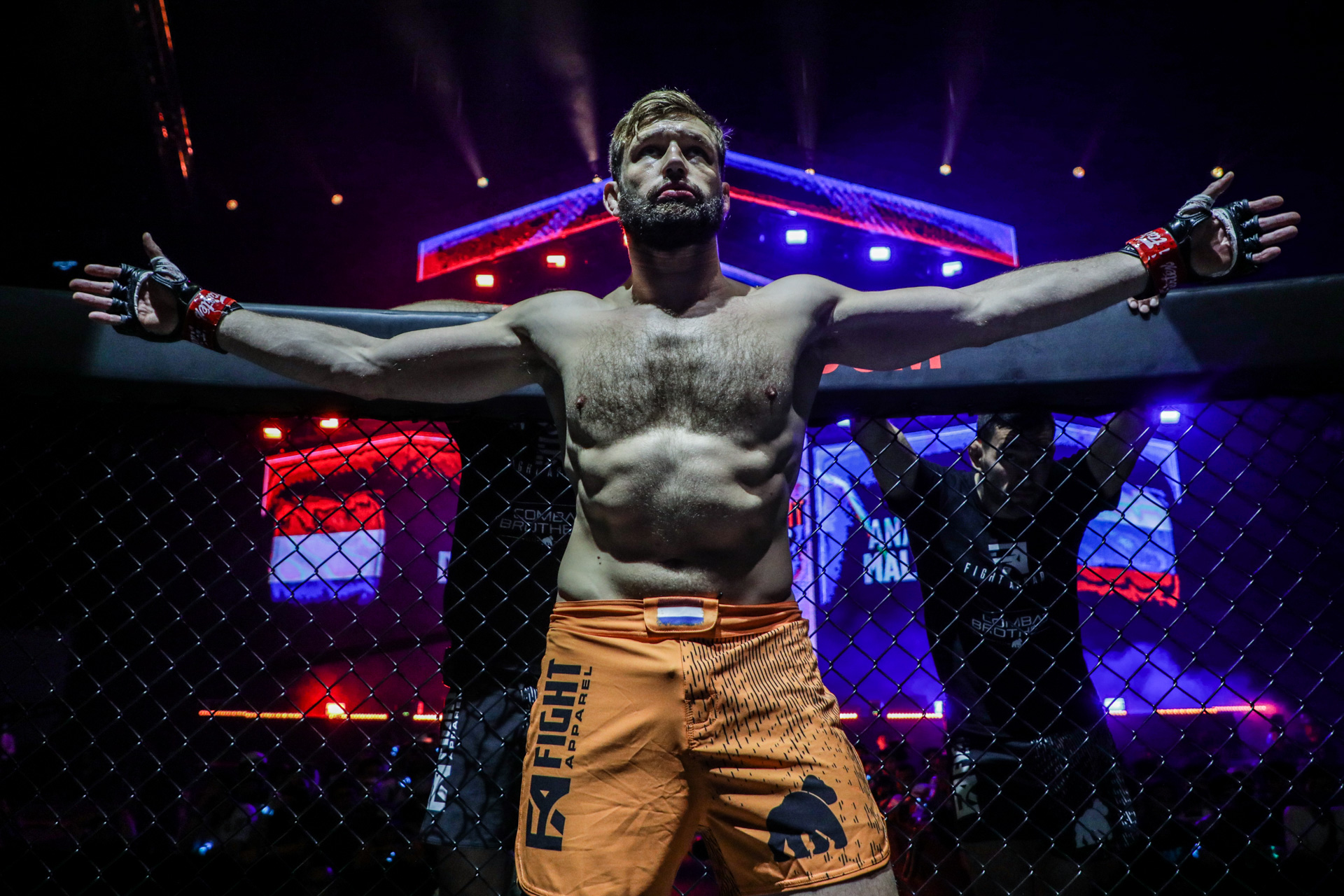 Nearly two weeks after suffering the lone blemish of his professional MMA career and losing his ONE Light Heavyweight World Title to interim heavyweight king Anatoly Malykhin at ONE on Prime Video 5, “The Dutch Knight” has reappeared on social media.

De Ridder – who still owns the ONE Middleweight World Title – posted a clip on Instagram documenting the return to his native Netherlands, spending time with his family, and teaching BJJ classes at Combat Brothers Gym.

In the caption, he reflected on his knockout loss to Malykhin:

“Let me get some thoughts out here. This fight did not happen as I imagined.

“This is the risk I take every time I step into the cage and I have my reasons to accept that risk, mostly because I want to do something special with my life. I don’t need to fight to take care of my family, but I do and it can be tough on them. I’m grateful for all the support I get from my loved ones and all of you out there. I’m happy to be back home.”

Earlier this month at ONE on Prime Video 5, De Ridder locked horns with Malykhin in a main event matchup between undefeated World Champions.

Ultimately, the Russian powerhouse stuffed the taller Dutchman’s takedown attempts and used his heavy hands to knock him out in the waning seconds of the opening stanza.

But while “The Dutch Knight” is no longer a two-division ONE World Champion, he still proudly holds the middleweight belt and a sparkling 16-1 record. Instead of sulking in defeat, he plans to use this experience to propel him forward.

“After all this, I would only be ashamed if I would not use it to become a better man. Maybe this is what I needed to take the next step in my evolution. We’re analyzing the fight and everything else. I’ll use this to reach a new level. The only way to move on is by doing what I do best: continuous hard work.”

Who’s Next For Reinier De Ridder?

It’s unlikely that Reinier de Ridder will get an immediate ONE Light Heavyweight World Title rematch with Anatoly Malykhin, but he has some intriguing options for his next career move.

The 32-year-old Breda resident could move back down to his natural weight class and defend his ONE Middleweight World Championship – perhaps against Shamil Abdulaev, who was originally scheduled to challenge De Ridder in October.

He could also meet BJJ prodigy Tye Ruotolo, who called for a submission grappling match following his victory over former ONE Featherweight World Champion Marat Gafurov earlier on the ONE on Prime Video 5 card.

Ruotolo said in his post-fight interview with Mitch Chilson:

“Reinier de Ridder said he can sub anyone in the world, and I’d definitely like to test that. I know he’s a bit taller, but I think I can definitely sub him.”

For his part, “The Dutch Knight” seemed more than willing to accept the challenge.

As he was preparing for Malykhin backstage at the Mall of Asia Arena in Manila, Philippines, De Ridder responded to the callout.

“Let’s go, Tye. Let me get through this Russian guy first, and then I’ll choke you out after.”