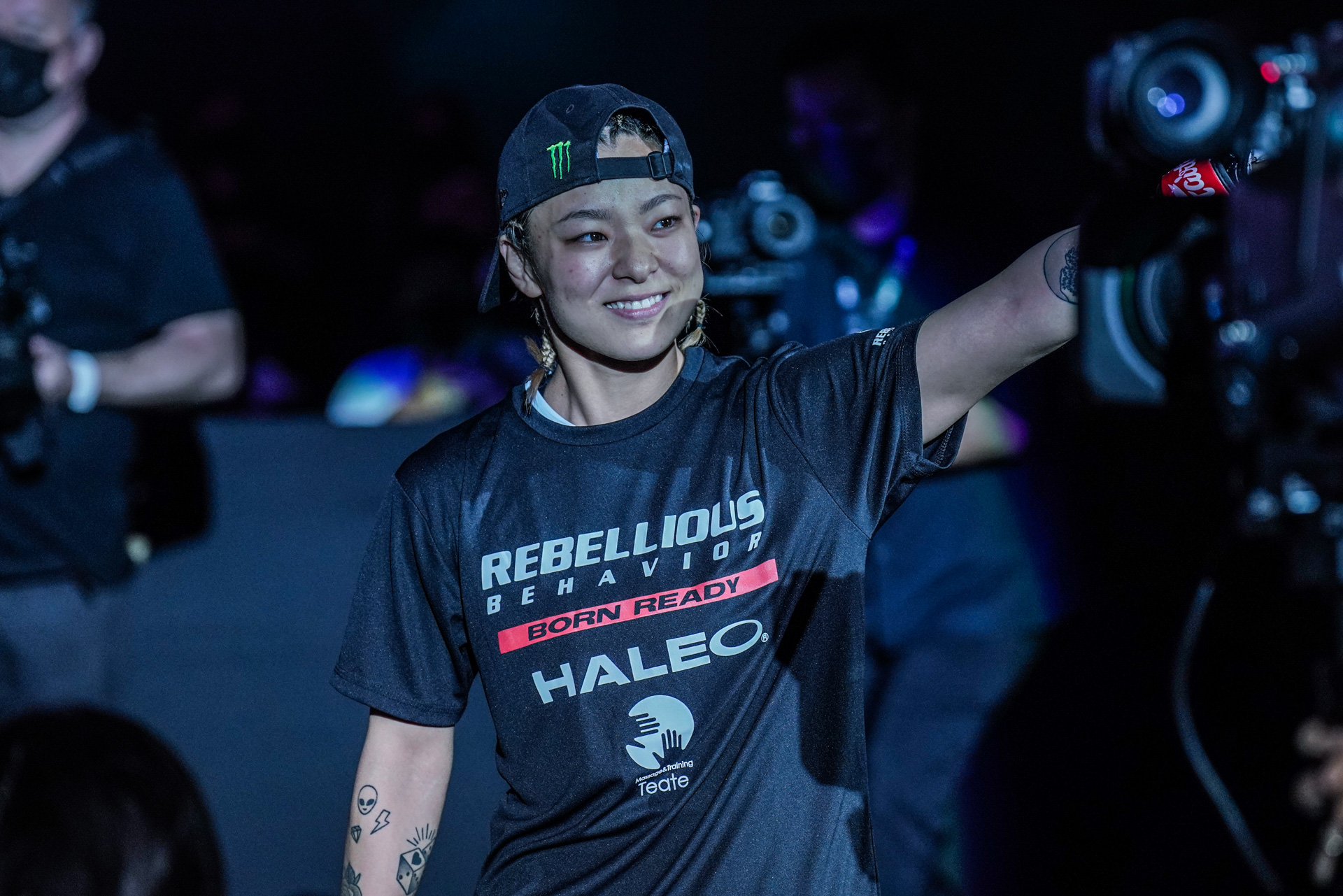 Itsuki Hirata is fired up to showcase a new level of skill when she returns to MMA action on Friday, August 26.

The Japanese judoka will face Lin Heqin on the lead card of ONE on Prime Video I: Moraes vs. Johnson II live in U.S. primetime, and she’s eager to get back on track at the Singapore Indoor Stadium.

With that goal in mind, the atomweight has spent time in New York, USA, to prepare for this battle, and she wants to make it count against the dangerous Chinese striker.

“I’ve been hyped to share the Circle with [Lin] because I know this matchup had been almost set up before. I’m solidifying my striking, so I think I’ll be different from what I’ve been in the past.

“I’m training so hard that I can handle being hit by [powerful] shots, while I’m working on developing my ground and striking skills every day.”

Lin has gone 3-1 since joining ONE Championship, which includes a kickboxing victory back in March.

With that in mind, Hirata will be wary of her opponent’s firepower, but she also sees a hole to exploit.

“She is an all-around fighter who knows her best distance, techniques, and combinations, and I think she is confident in her striking because she has competed in kickboxing bouts in ONE.

“However, if you look at her match with [Indian wrestling star] Ritu [Phogat], she was dominated on the ground and lost by points. I think this is the difference between her level of kickboxing and MMA. I know her weakness is her ground skills.”

Itsuki Hirata has something to prove after suffering the first defeat of her MMA career in a close decision against Jihin Radzuan in March.

Ever since that setback, the former top-five atomweight contender has worked harder than ever to improve her skill set.

And while she admits to feeling some anxiety about her upcoming matchup with Lin Heqin, the Japanese star is even more motivated to go out and secure a dominant win.

“There’s a sense of nervousness to make up for the last loss rather than to continue to win. In addition, I’m a little bit nervous about how much I can show off the work that I’ve done for this fight.

“I’d like to finish the fight with submission while mixing it up with striking. I hope to finish early, but my opponent has a long reach and a sense of distance, so let’s see how close I can get to her.”

Another big incentive for “Android 18” is the potential chance to settle the score with Jihin, who is now the #5-ranked atomweight contender.

But in order to secure that rematch, she’ll first need to earn a crucial victory at ONE on Prime Video 1.

“I want to get revenge on [Jihin] because I don’t want to let her [have one] over me. I believe that I’m superior to her and will prove it the next time I face her in the Circle. I’m going to show the huge difference – not by decision, but by finishing her.”