The Japanese phenom fended off Silva’s constant submission threat and finished strong to earn the split decision over the veteran at ONE: FISTS OF FURY III, which aired on Friday, 19 March. 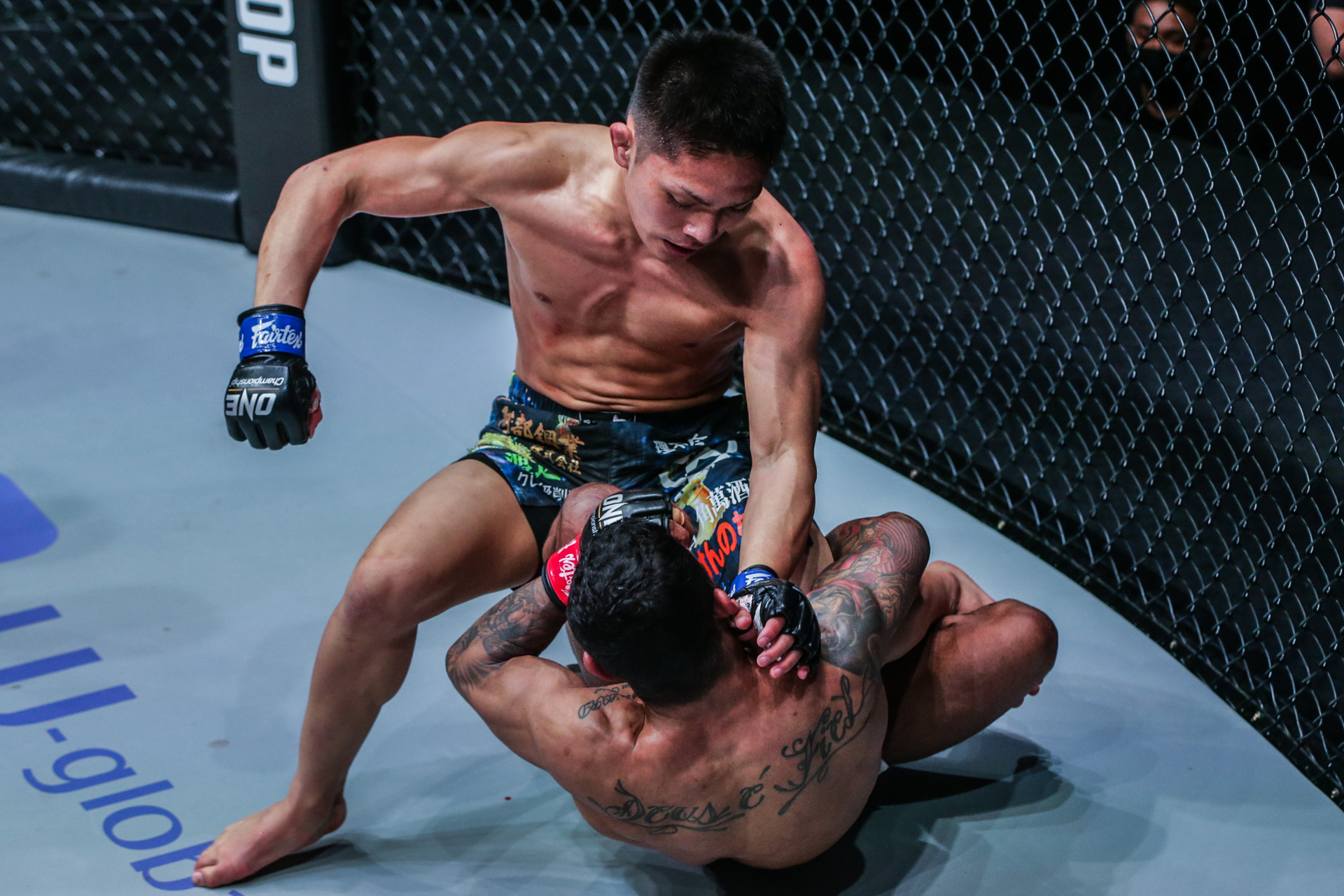 Fans expected a fast-paced grappling contest at the Singapore Indoor Stadium, and that’s exactly what they got when the action began in round one.

“Little Rock” made the first move as he shot in for a double-leg takedown. Minowa sprawled, but the Brazilian pulled deep-half guard and went on the hunt for a kneebar, before eventually using his attacks to land in top position.

The former ONE Strawweight World Champion passed his foe’s guard and moved from side control to mount while continuously aiming for a submission. Minowa scrambled up and reversed the position as soon as he had enough space, but “Little Rock” again threatened from underneath with leg attacks to get back on top.

The Shooto Champion kept looking for room to get up or sweep, but Silva was relentless in smothering his 21-year-old rival for the rest of the frame. 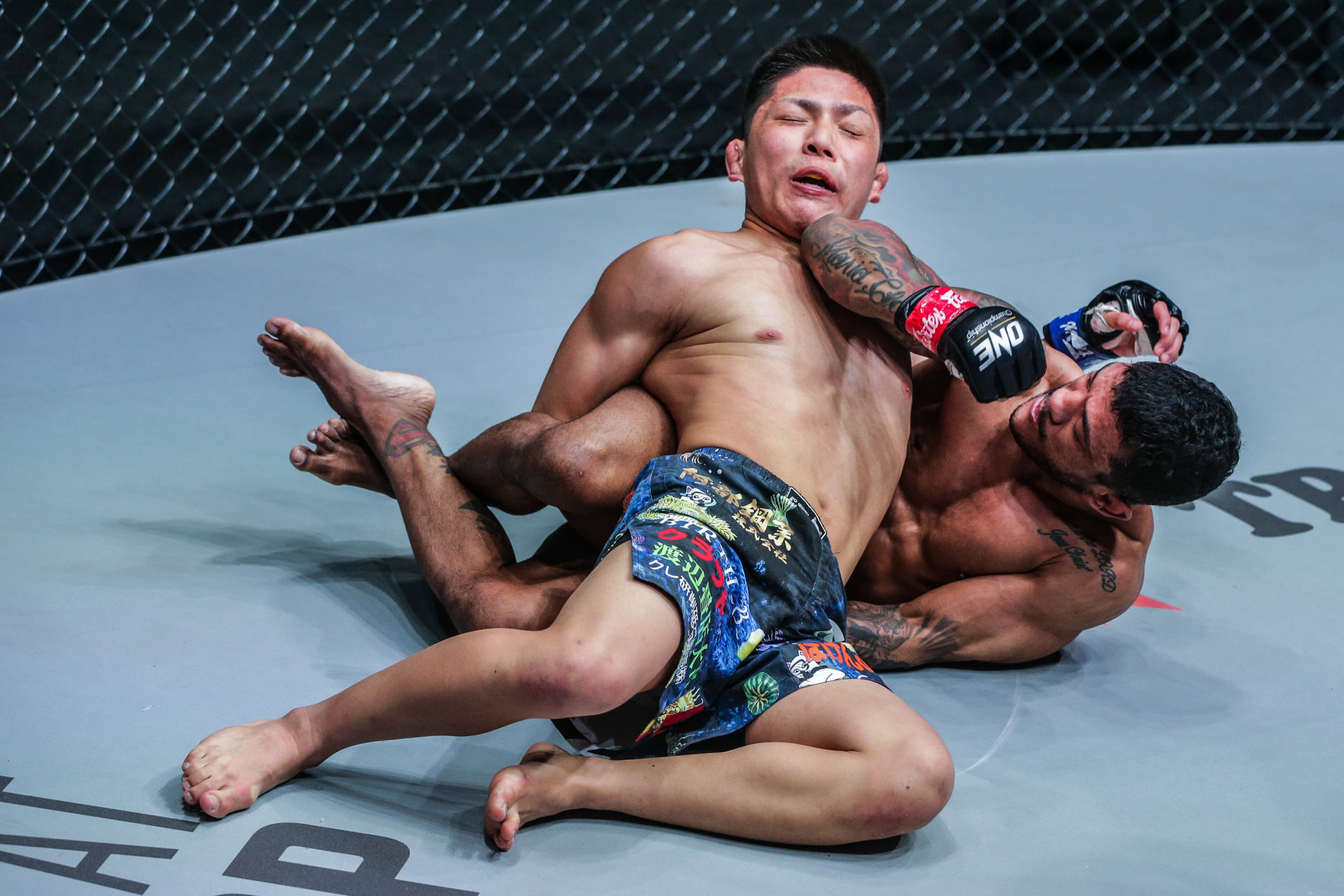 Minowa scored with solid punches to kick off round two, but the high-level ground battle soon resumed when Silva shot in for another takedown. The Japanese athlete sprawled, which prompted the Evolve man to pull guard in search of another leg lock.

The STF representative was wise to it and got on top to land punches, but the BJJ World Champion never stopped searching for leg entanglements and sweeps. Minowa attacked his foe’s back from the turtle, only to be foiled when Silva reguarded and threw up an omoplata attempt.

“Little Rock” swept to top position and passed his foe’s guard again. He looked for an armbar and then landed in a crucifix to score with elbows late in the frame. 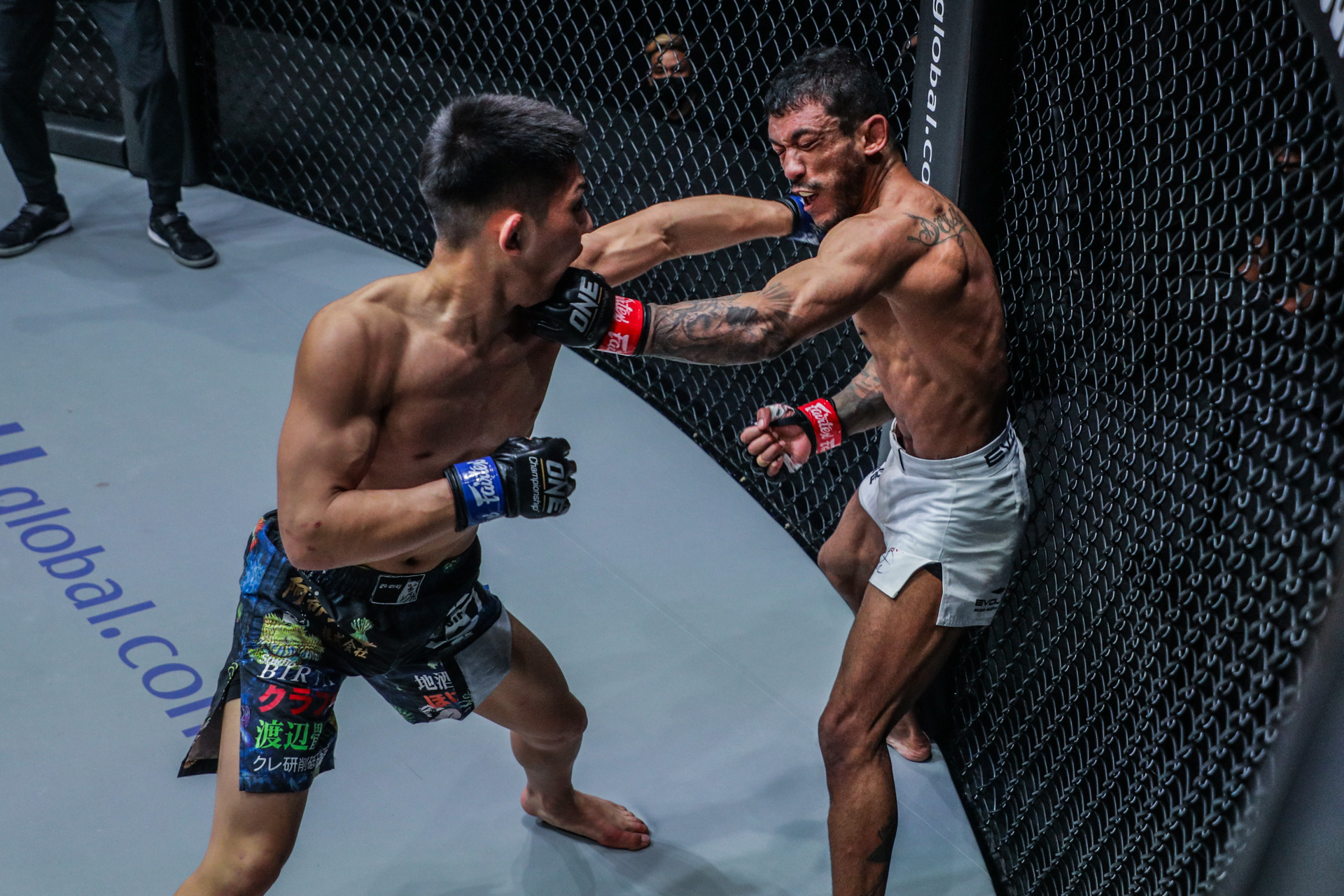 There wasn’t much separating the two fighters heading into the final stanza, and it seemed like the rising Japanese star knew it. He charged forward with strikes until Silva caught a kick and pulled guard. This time, Minowa backed away and landed some hard ground strikes.

The round became a battle between the Saitama native’s striking and his Singapore-based rival’s attempts to attack on the ground. Silva shot in for takedowns and pulled deep-half guard to attack for leg locks, while Minowa punished his foe with hard punches in the stand-up exchanges and fended off attacks with ground-and-pound.

Minowa found his range with his punches, but Silva had one final throw of the dice. He locked up a calf slicer when the Japanese man tried to flee another heel hook, but he could not finish the job, and the judges were needed to decide the outcome. 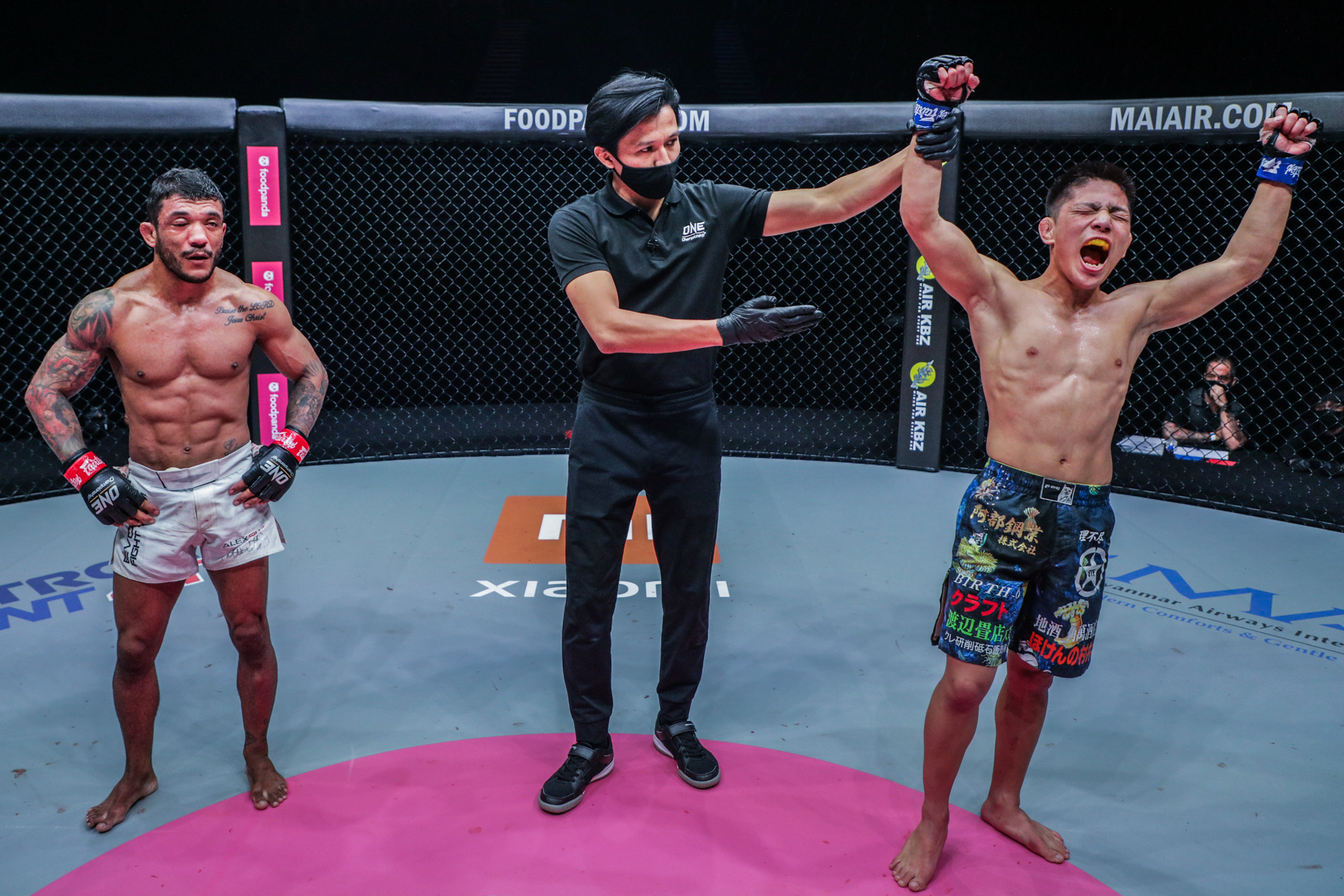 Ultimately, two of those judges scored the fight in favor of Minowa, who picked up the biggest win of his career against a strawweight legend while pushing his record to an impressive 13-2.