India’s number one heavyweight mixed martial artist will make his ONE Championship debut on Friday, 2 August in Manila, Philippines.

Arjan Bhullar will face Italy’s Mauro “The Hammer” Cerilli in a three-round contest at ONE: DAWN OF HEROES at the Mall Of Asia Arena.

The 26-year-old will arrive in The Home Of Martial Arts with a decorated background in wrestling on the international circuit at the highest level.

Bhullar began his athletic career on the mat, and won a gold medal at the 2010 Commonwealth Games in Delhi, before he went on to compete at the 2012 Olympics in London.

It's a done deal folks! A new promotional contract has been signed and a new fight agreement is also in place. I'd like to thank my team @caa_combatsports for doing a fantastic job over the last several weeks with negotiations. We had multiple offers on the table to consider, but there was a clear winner in our eyes. Official announcement and more details to come. . . #TeamBhullar #OneBillionStrong

A post shared by Arjan Singh Bhullar (@theonearjansinghbhullar) on Jul 3, 2019 at 9:16am PDT

After he hung up his wrestling boots, he made the transition to mixed martial arts and has excelled with nine wins from his first 10 matches.

Now, he will get the chance to show his skills to a global audience in the world’s largest martial arts organization, but he will not have an easy ride in his first bout.

Cerilli is a Cage Warriors Heavyweight Champion who challenged for the ONE Heavyweight World Title in his first contest in Asia.

The 36-year-old has 13 victories as a professional with nine by stoppage, including a first-round TKO of Alain “The Panther” Ngalani in his last match at ONE: REIGN OF VALOR in March. 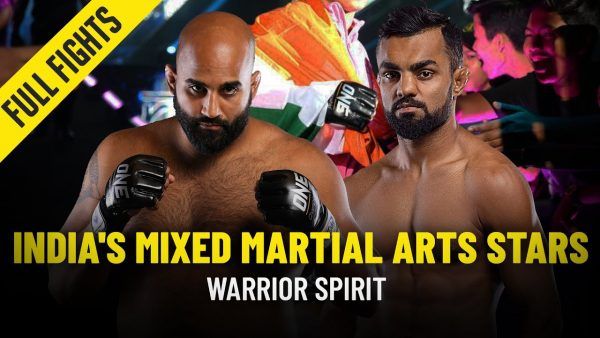