Gurdarshan “Saint Lion” Mangat put on another dominant display to defeat Abro “The Black Komodo” Fernandes and continue his rise up the ranks in ONE Championship’s flyweight division.

At ONE: MASTERS OF DESTINY on Friday, 12 July in Kuala Lumpur, Malaysia, India’s best pound-for-pound mixed martial artist controlled the contest from the first bell to the last to take a clear-cut unanimous decision victory.

Indian hero ???????? Gurdarshan Mangat uses all his tools to edge out Abro Fernandes for the unanimous decision win!

Mangat set the tone early inside the Axiata Arena with constant movement, feints, and a high-volume of offense. The 32-year-old threw fluid combinations of punches and kicks that kept his rival guessing as they landed high and low.

A left head kick landed on the jaw and certainly grabbed “The Black Komodo’s” attention, but he was content to plant his feet and wait for a chance to reply with powerful counter punches.

The Xtreme Couture and 10th Planet Las Vegas representative continued his relentless forward pressure in round two but did not overcommit. He continued to stick his jab and straight left onto his opponent’s nose, and landed inside low kicks that frustrated the Indonesian. 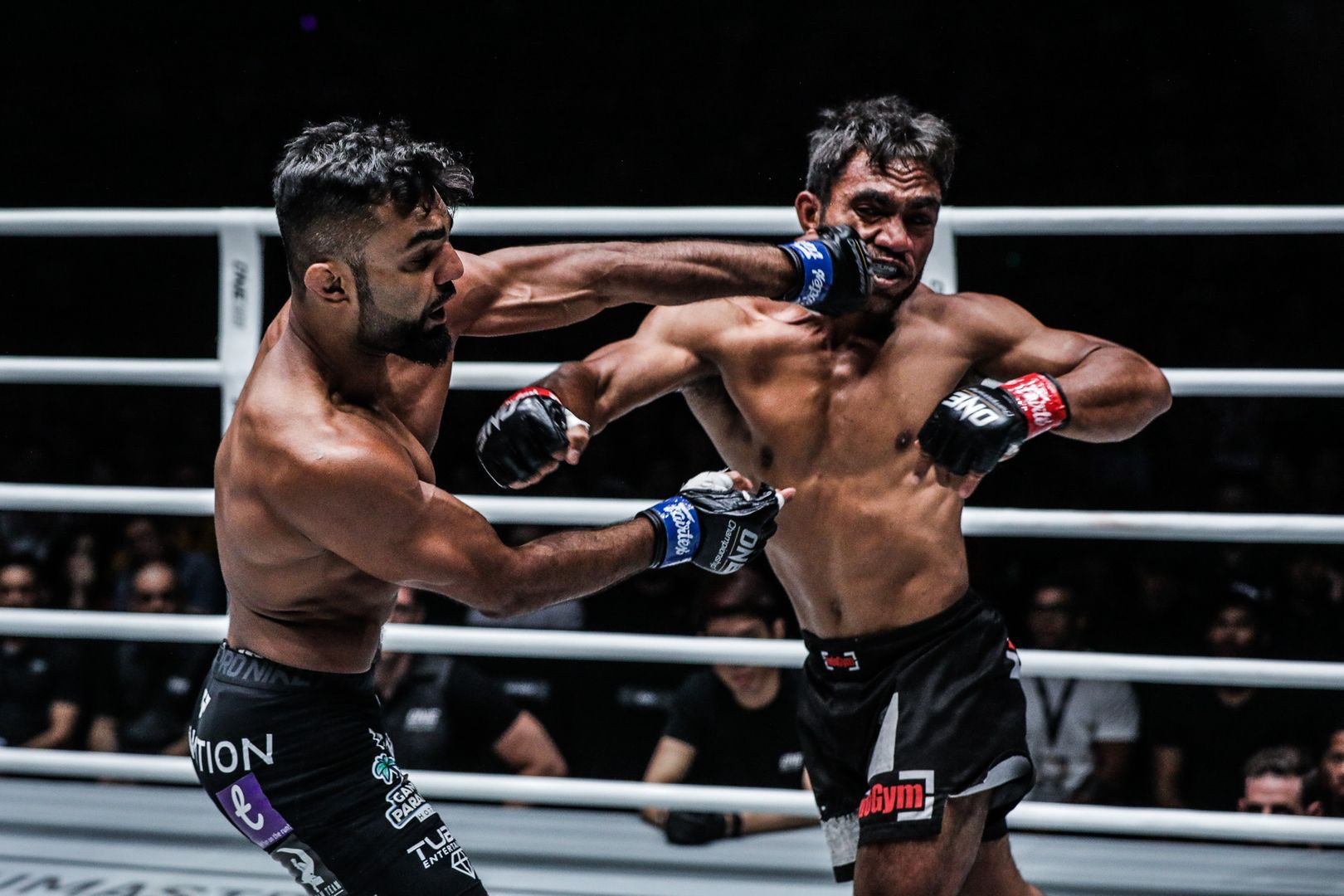 When he came a little too close, Fernandes reminded the Indian of his power with a hard overhand right, but it was an increasingly rare sight as Mangat pulled away.

The Indian’s energy levels looked just a high in round three as they did at the start of the match, and he did not slow down for a second. In contrast, it was clear that the man from Solo had started to feel the fast pace set by his opponent.

“Saint Lion” stayed sharp with his jab-cross, and attacked with his left kick to the legs and head. For the most part, his head movement kept him out of danger when Fernandes swung back, although a big right reminded him that he could not let his guard drop. 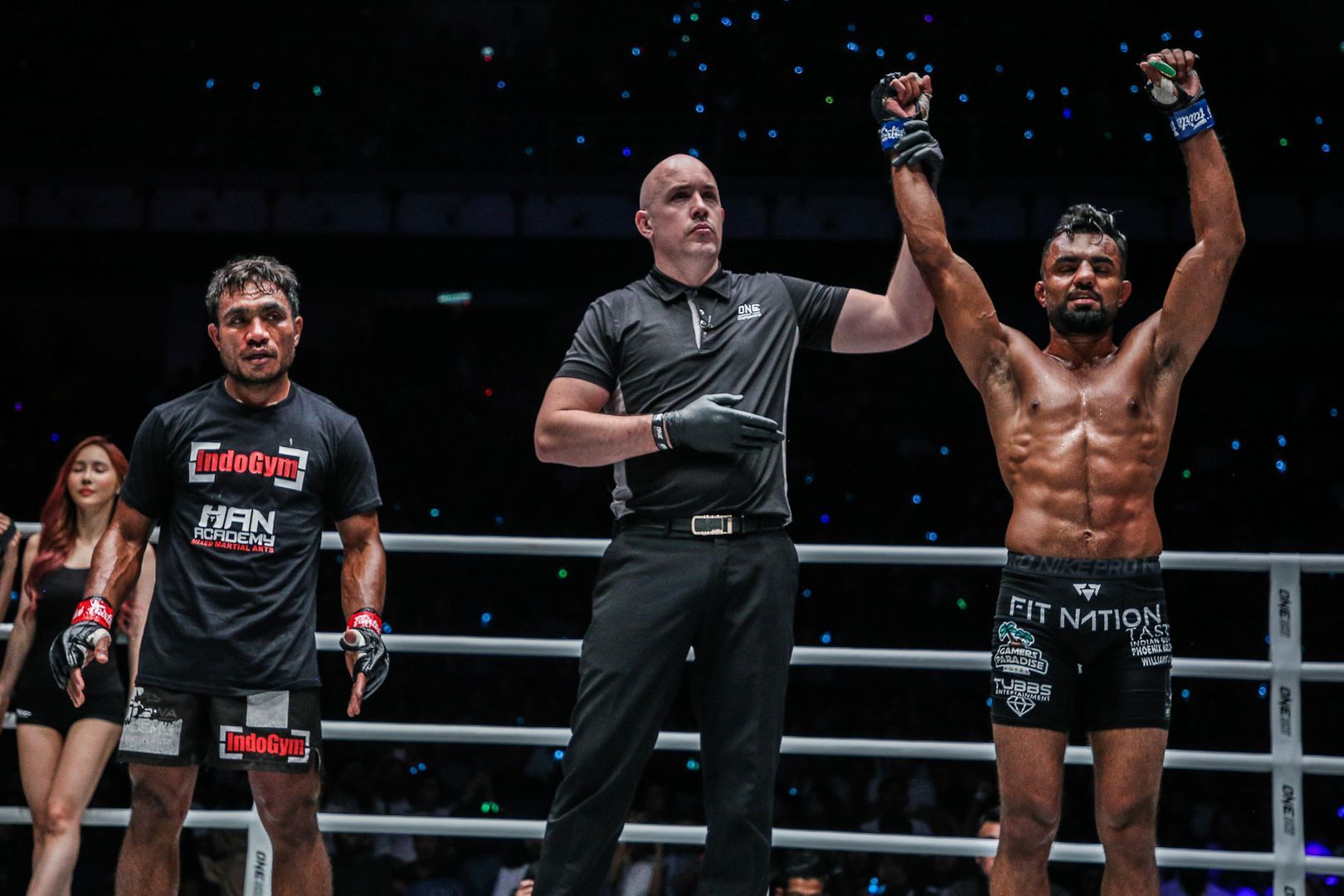 “The Black Komodo” stood his ground, but his only chance seemed to be to wait for his chance to land a single, decisive shot.

It nearly came when he dodged a late tornado kick, but “The Black Komodo” could not connect, and Mangat freed himself from the scramble to land a final jumping knee to put an exclamation point on his performance.

It was 15 minutes of control for “Saint Lion,” who is now 2-0 in the world’s largest martial arts organization, and 15-2 overall after the victory.