Fan took the victory by unanimous decision after three hard-fought rounds at the previously recorded ONE: INSIDE THE MATRIX III on Friday, 13 November. 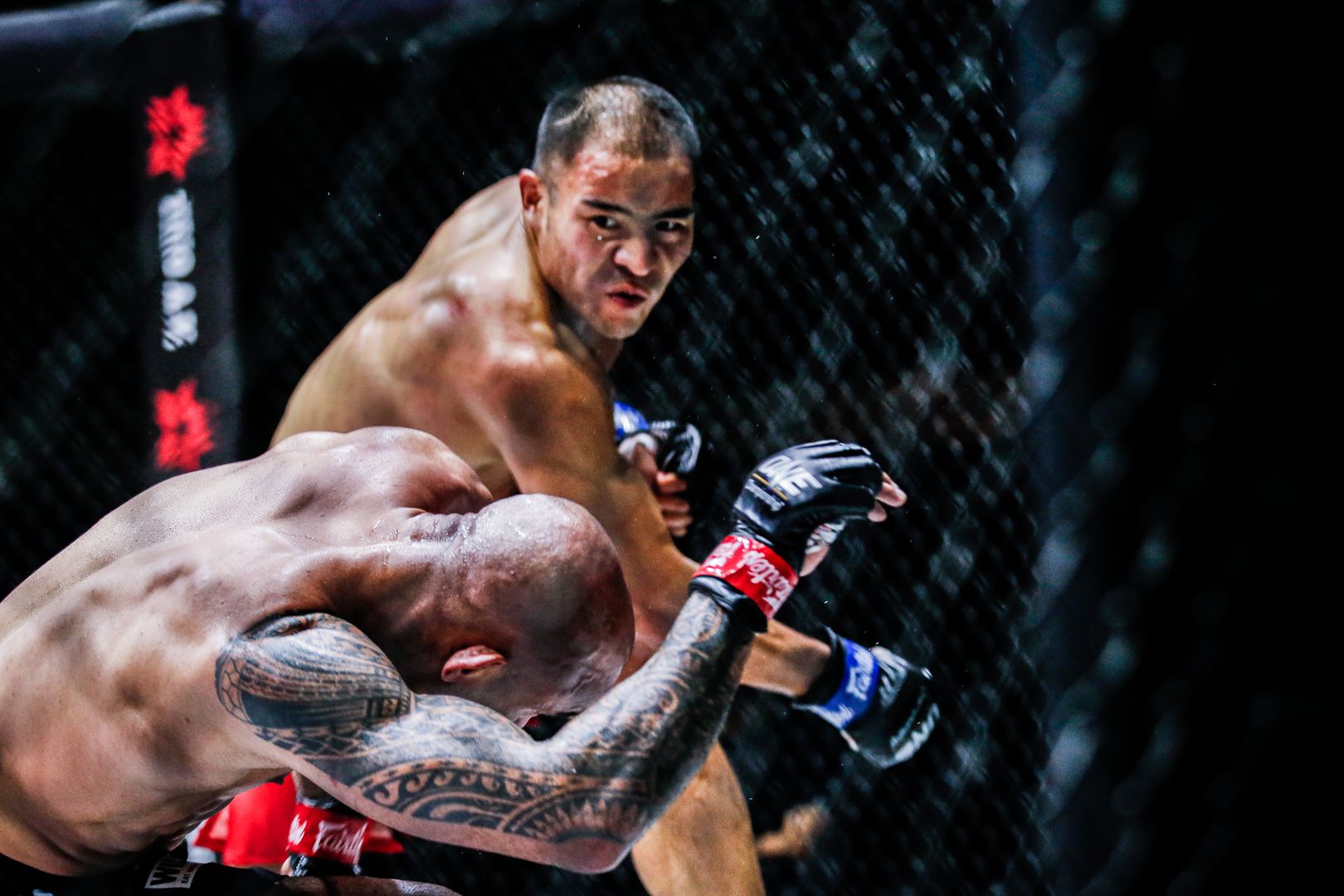 Simoes was eager to get to work and opened up the first stanza with an early rush to get the match to the canvas. He dived on a single-leg takedown and drove Fan to the Circle Wall, but the Chinese athlete stuffed it to remain on his feet.

After a brief respite to recover from an errant low knee, “King Kong Warrior” stung his rival with a thudding right hand to let the grappling specialist know he was in a fight. The Brazilian wisely kept his distance until he dragged Fan into his world with a single-leg takedown late in the frame.

The American Kickboxing Academy representative then used his world-class grappling to control and pummel Fan with ground-and-pound until the close of the round. 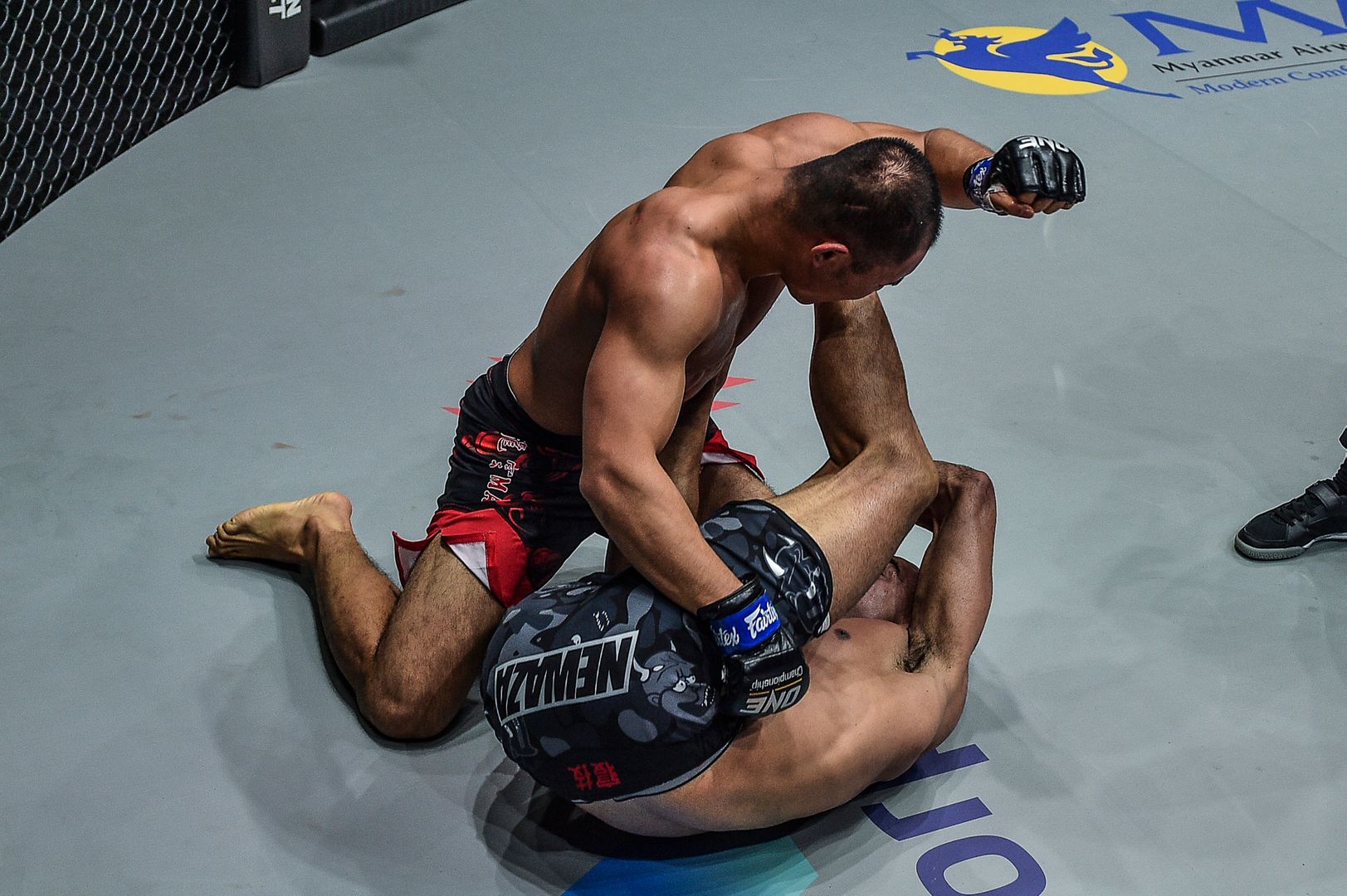 Fan dialed up his aggression to start the second round, taking aim with a hard cross-hook combination. Simoes responded by shooting for a double-leg takedown – to no avail – and he was instead punished with a pair of big right hands.

The Rio de Janeiro native showed his durability to keep moving forward despite taking the hard punches, but he could not get a hold of his rival. Fan continued to fend off takedowns and score with his boxing, as a powerful left hook sent his foe reeling.

Simoes finally managed to score a takedown in the dying seconds of the frame, but he didn’t have enough time to launch a sustained offensive. 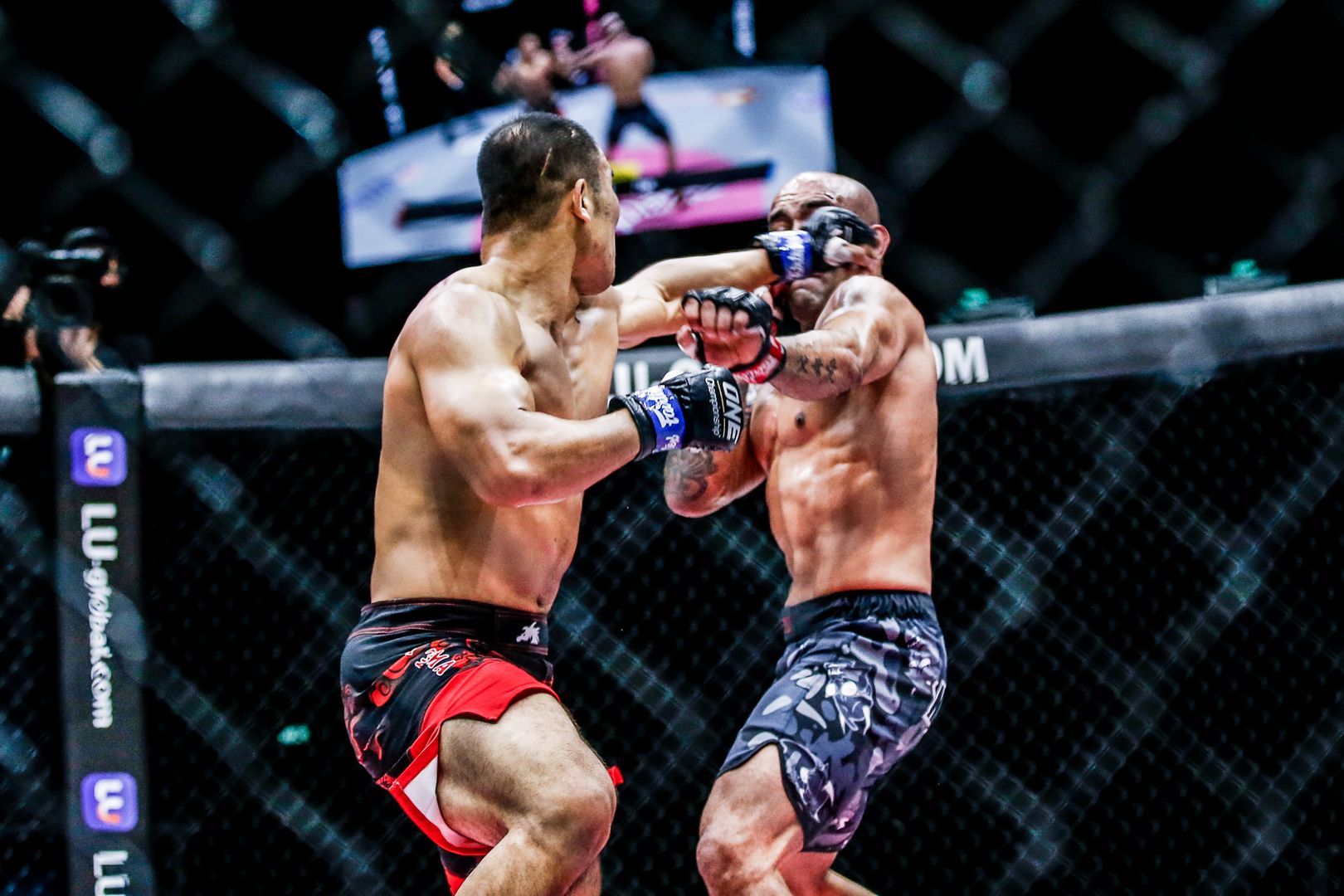 A confident “King Kong Warrior” resumed his boxing-heavy attack in round three and sent Simoes to the canvas with a right hand behind the ear. Though the Brazilian recovered well, things looked increasingly bleak as he ate punches and had his takedowns stuffed by the Longyun MMA man.

However, Simoes did manage to fire back with some looping right hands of his own, and he had one last throw of the dice with a takedown in the final 90 seconds.

The 30-year-old debutant quickly mounted his foe and landed heavy punches and elbows. Fan survived the onslaught before the two-time ADCC World Champion’s last-ditch armbar attempt failed, and the timer ticked away. 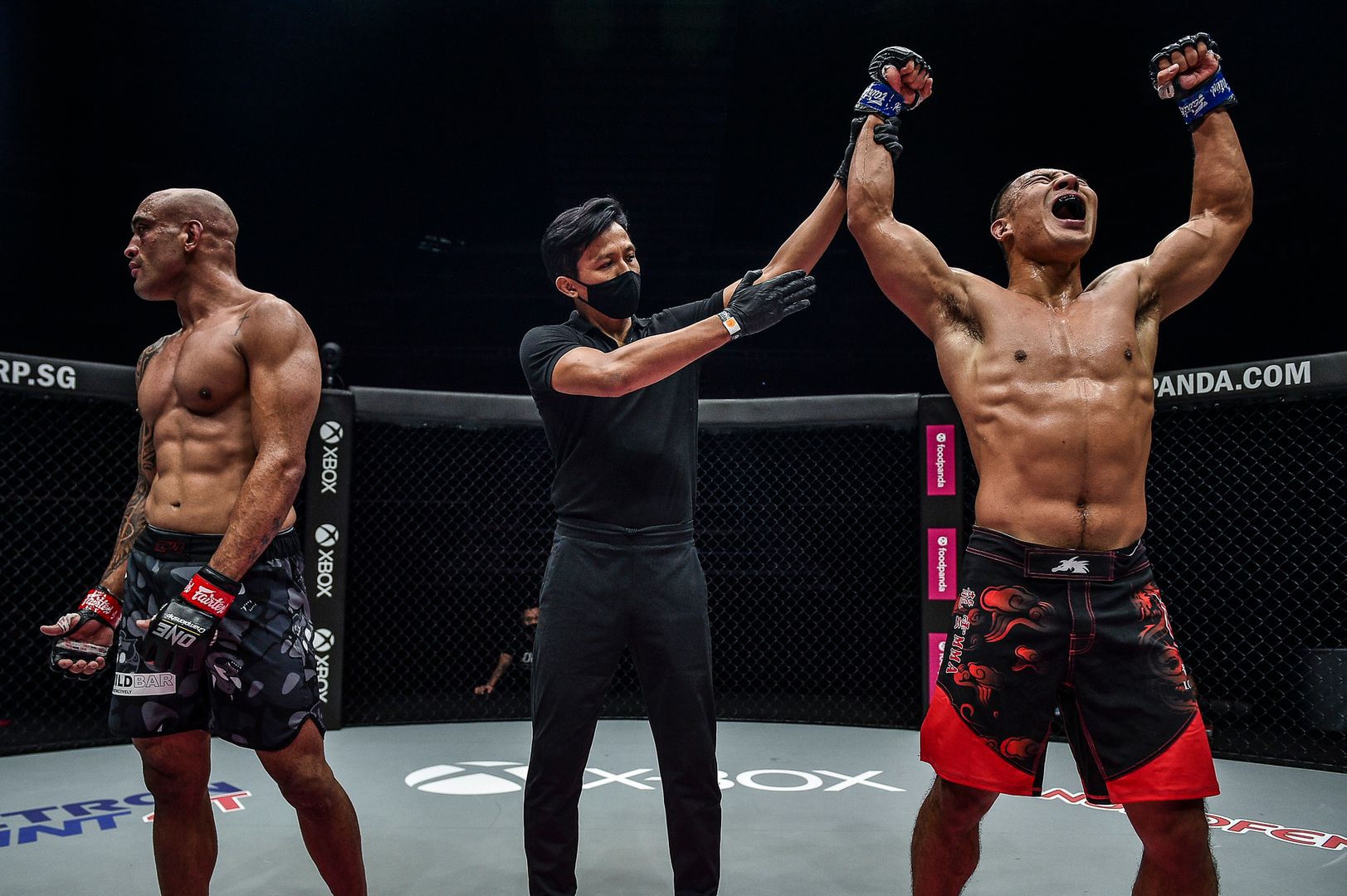 Fan’s ability to nullify his rival’s grappling threat and score with his boxing earned him the favor of all three judges and the unanimous decision victory.

“King Kong Warrior” is now 14-2 with back-to-back wins in the promotion’s middleweight division, and his ultimate aim is a rematch with the new ONE Middleweight World Champion, Reinier “The Dutch Knight” De Ridder.