Former ONE Flyweight World Champion Geje “Gravity” Eustaquio is at the crossroads of his storied mixed martial arts career.

Left out of ONE’s Athlete Rankings after an up-and-down 2019, the Filipino remains defiant, and he’s confident that he still belongs among the flyweight division’s elite.

The wushu specialist will have his next chance to prove it when he takes on “Running Man” Song Min Jong in the co-main event of ONE: INSIDE THE MATRIX III, a previously recorded show that will air from the Singapore Indoor Stadium this Friday, 13 November.

“This is a very important point of my career,” Eustaquio says.

“In every competition, we treat it as the most important – and this one is no different, especially since I want to get back to the top of the flyweight division.”

While Eustaquio has been a staple of the division for years, Song will be making his return to the global stage after two impressive outings as part of Rich Franklin’s ONE Warrior Series.

That made it four wins in a row for the South Korean Mixed Martial Arts Champion, who is eager to extend that winning streak even more. The 31-year-old Baguio City native knows his opponent is motivated to impress and will push him to the limit.

“With a chance to move up the ladder, I expect him to come in hungry, motivated, and eager to win,” Eustaquio says of Song. “That’s why I have to be very careful.”

Still, the ONE Championship veteran is full of confidence after years of experience in the limelight.

Since joining the world’s largest martial arts organization in 2012, Eustaquio has competed in many marquee matches.

He has faced the likes of Alex “Little Rock” Silva and Kairat “The Kazakh” Akhmetov, while going toe-to-toe with reigning ONE Flyweight World Champion Adriano “Mikinho” Moraes in a memorable trilogy.

And in his last outing, the Team Lakay star proved that he still has more to give by knocking out his longtime rival, Toni “Dynamite” Tauru, with a spinning back kick to the liver.

“I believe I am more experienced. I think that will be my edge in this fight. The level of competition that I have faced is different, and a whole lot harder compared to him,” Eustaquio says of the Monster House product.

“That said, I will be looking for the finish – whether it be standing up or on the ground.” 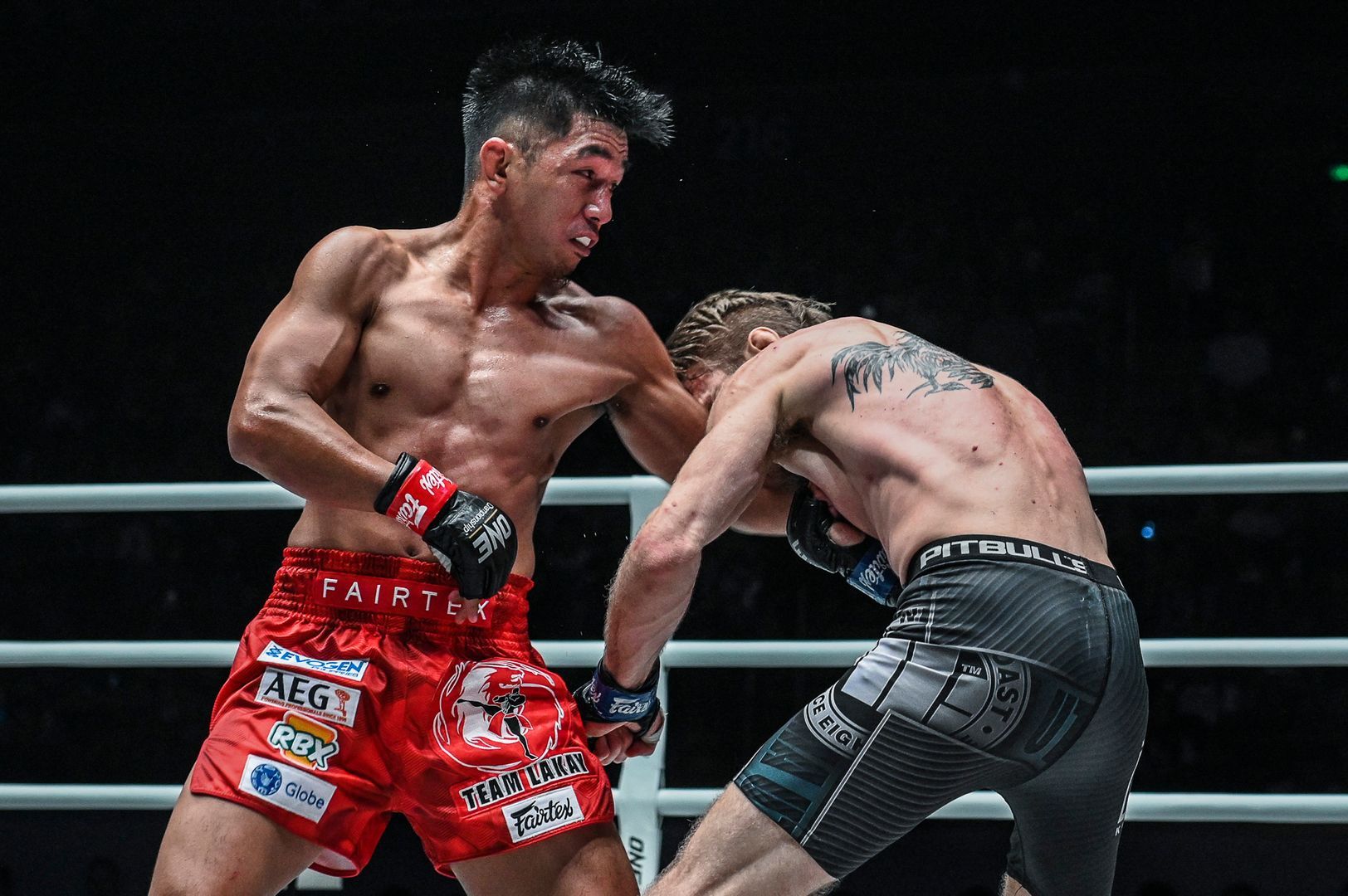 Eustaquio’s vast experience has also played a role in training for this clash. Even with the COVID-19 pandemic making the situation more difficult, the former ONE Flyweight World Champion always finds a way to continue improving his craft.

“We don’t come in fights unprepared. We go in there and give it our all. We persevere. We give our blood and sweat just to make sure we come in prepared regardless of who’s in front of us. That’s our culture and attitude in Team Lakay,” Eustaquio shares.

“Even though we had to adjust with our preparation for this match because of the restrictions, we still pushed through and worked hand-in-hand to make the most of the cards that were dealt to us. We kept on training because we cannot let up, especially in these times.”

Not lacking in physical preparation or motivation, “Gravity” promises to be at his best come event night. And while he does not want to get too cocky with proclamations, his mindset has always been the same.

“Expect the unexpected,” he says. “This is mixed martial arts, and anything can happen. But like in my last match, I am aiming for a finish once more.”