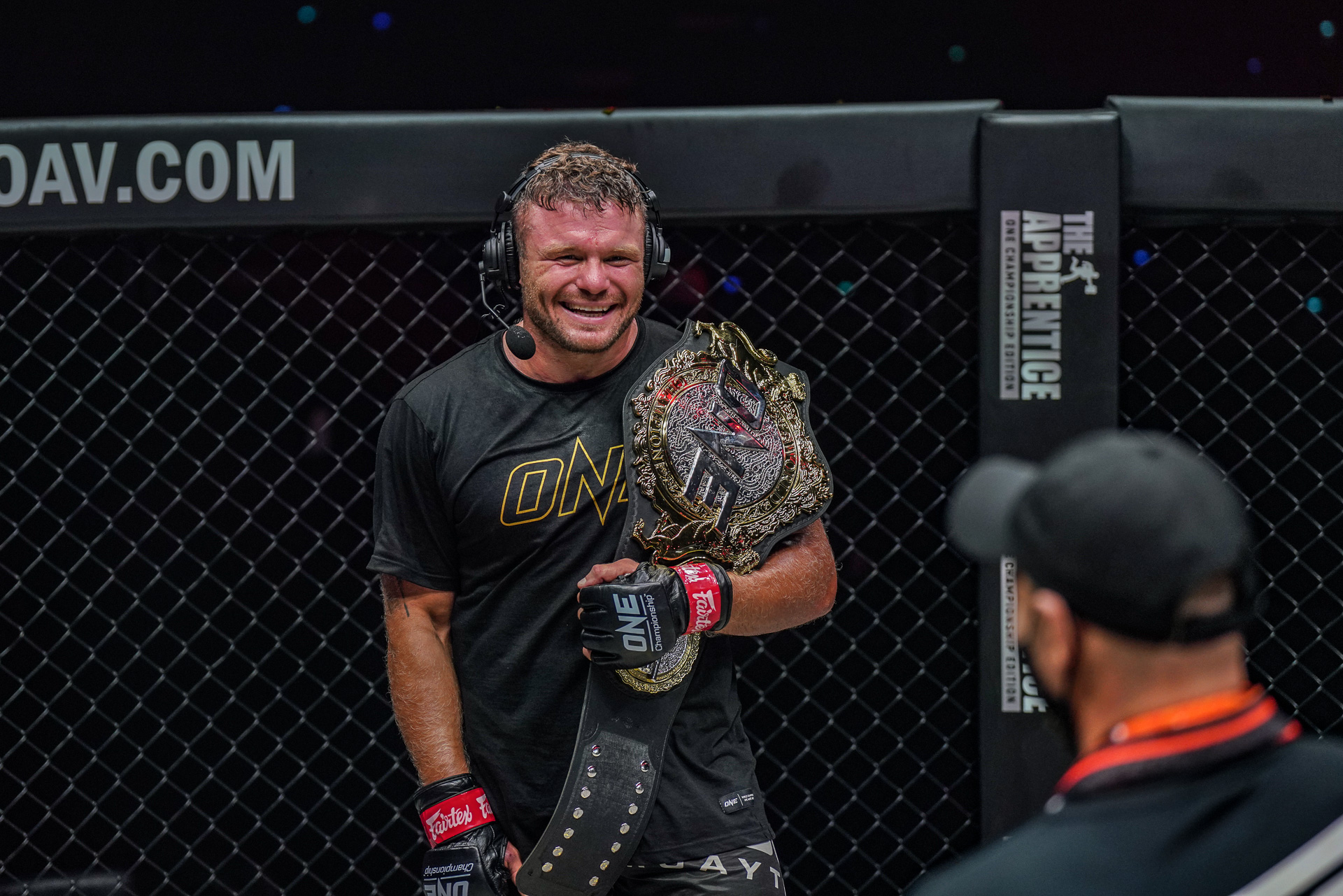 Amir Aliakbari’s confidence was booming after his first ONE Championship victory on Friday, and he immediately made it clear that he wants redemption against some old foes.

Following his dominant TKO of Mauro Cerilli at ONE on Prime Video 1, the Iranian called for a rematch with the two men to defeat him inside the Circle – South Korean knockout artist Kang Ji Won and reigning ONE Interim Heavyweight World Champion Anatoly Malykhin.

For his part, Malykhin tuned in to witness Aliakbari’s performance on the massive card that aired live in U.S. primetime.

But despite the result, he wasn’t impressed by his former rival’s performance at the Singapore Indoor Stadium.

“I watched his fight against Mauro. What can I say? Aliakbari did not show anything new. He is still the same – slow. He does not breathe well. I don’t see what he can [do to] oppose my speed and functionality, my pressure.”

While he is already slated to unify the heavyweight belts with reigning divisional king Arjan Bhullar, Malykhin would also be willing to face Aliakbari again.

That’s because he sees another matchup with the former Greco-Roman Wrestling World Champion as an opportunity to drum up interest from the Iranian’s massive fan base.

There’s no doubt that Aliakbari is a huge name in his home country thanks to his accolades on the wrestling mats and his successful switch to MMA. With that in mind, “Sladkiy” knows there would be a lot of buzz surrounding their grudge match.

“It would be an interesting story. He has a lot of social media followers and a big support group.”

Anatoly Malykhin Thinks He Would Knock Out Amir Aliakbari Again

Anatoly Malykhin separated Amir Aliakbari from his senses in the first round of their original encounter back at ONE: REVOLUTION last September.

The Tiger Muay Thai man bludgeoned his adversary with punches before he sealed the deal with a concussive left hook to the jaw that left Aliakbari down and out.

“Sladkiy” thinks history would repeat itself if they meet again – although this time, the unbeaten Russian says he’d use his other hand to get the stoppage.

“Everything happened exactly as my coach, Johnny Hutchinson, predicted the day before the fight. I knocked out Aliakbari in the first round.

“I already answered his challenge [for a second match] on social media, so now I have to drop him with the right [hand] – we can add a little variety to our fights.”

With an 11-0 record – including three straight finishes in ONE – Malykhin doesn’t see any equal in the promotion’s heavyweight ranks.

He’d be happy to face any challenger, but he is also more than willing to take an “easy” payday against Aliakbari if matchmakers set up a second showdown.

“No one has a chance to [beat] me in this division. I am always 100 percent ready. A miracle must happen for someone, including Aliakbari, to [beat] me.

“It will not be difficult to drop Aliakbari again. This fight is easy money for me. If there is a second fight, then he will become another highlight [reel].” 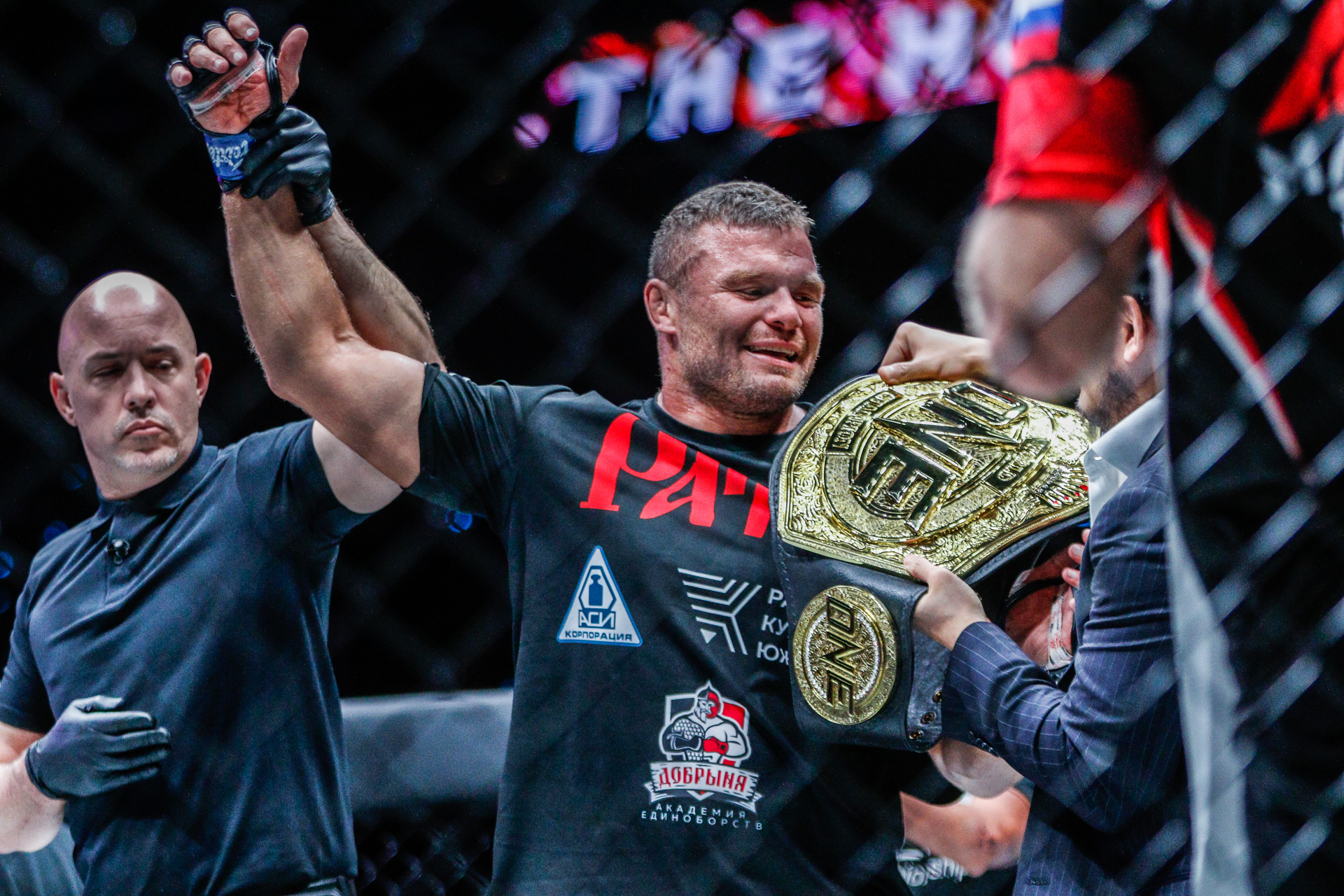