An all-Indonesian battle between strawweights opened up ONE: WARRIOR’S DREAM on Saturday, 17 November.

In the end, Rembang’s Wulan swept the judges’ scorecards to earn a unanimous decision in what was her professional mixed martial arts debut.

The first stanza opened up with both combatants aggressively meeting at the center of the ONE cage. After a brief striking exchange, they entered the clinch, and Jakarta’s Padmi — a provincial Muay Thai champion with a karate background — secured her underhooks.

Wulan — a state Muay Thai champion — landed a couple of knees and then hit a trip takedown.

She landed in full mount, maintained the position with heavy hip pressure, and rained down punches on her 25-year-old compatriot, who tried her best to defend against the onslaught.

A few accidental punches to the back of the head caused a brief stop to the contest, but once action resumed, the two returned to a clinch battle to end the frame. 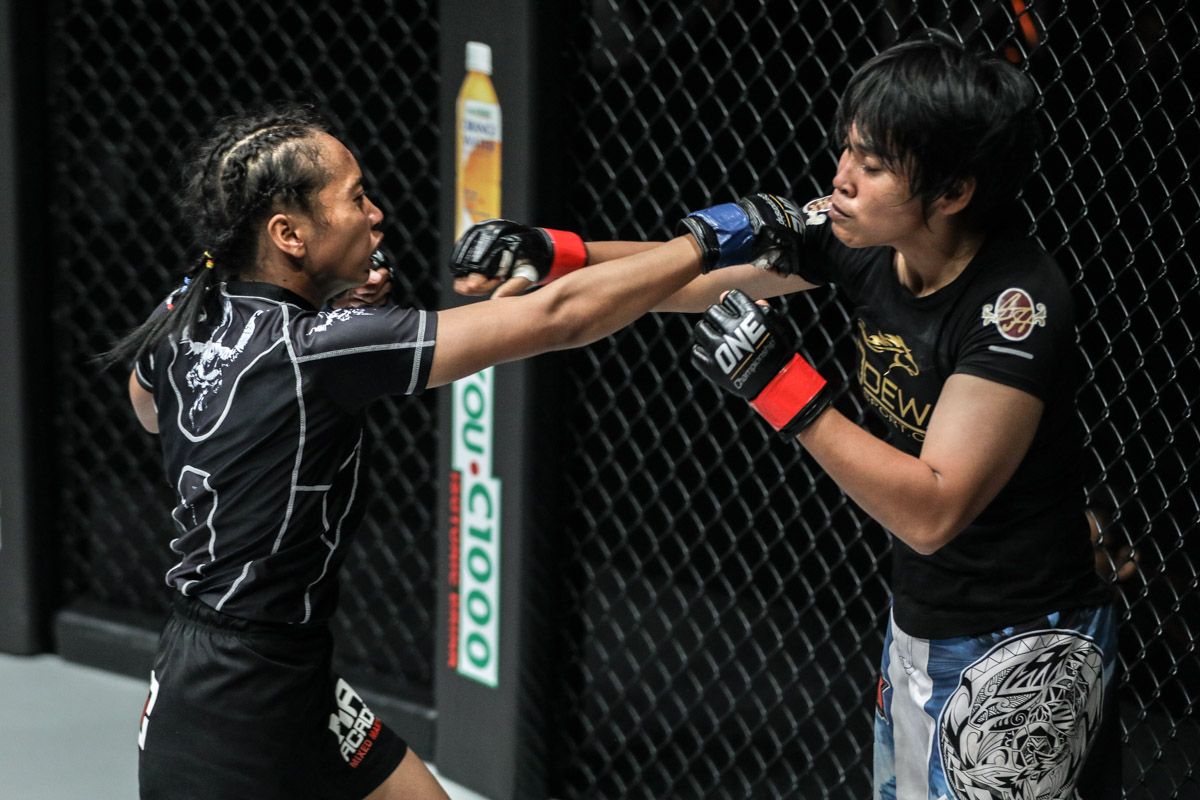 The second round began with Wulan unloading a multi-punch combination, which sent her opponent reeling across the cage.

Padmi, using her karate expertise, employed a loose guard with her elbows flared out. This proved to be detrimental, as the 20-year-old debutant took full advantage of various openings to land clean shots. The youngster finished the frame with another flurry of punches, punctuated by a head kick that just missed the mark.

In the third and final stanza, Wulan repeatedly landed low kicks on her adversary. Although Padmi was aggressive and kept moving forward, the Rembang native was more effective with her striking. 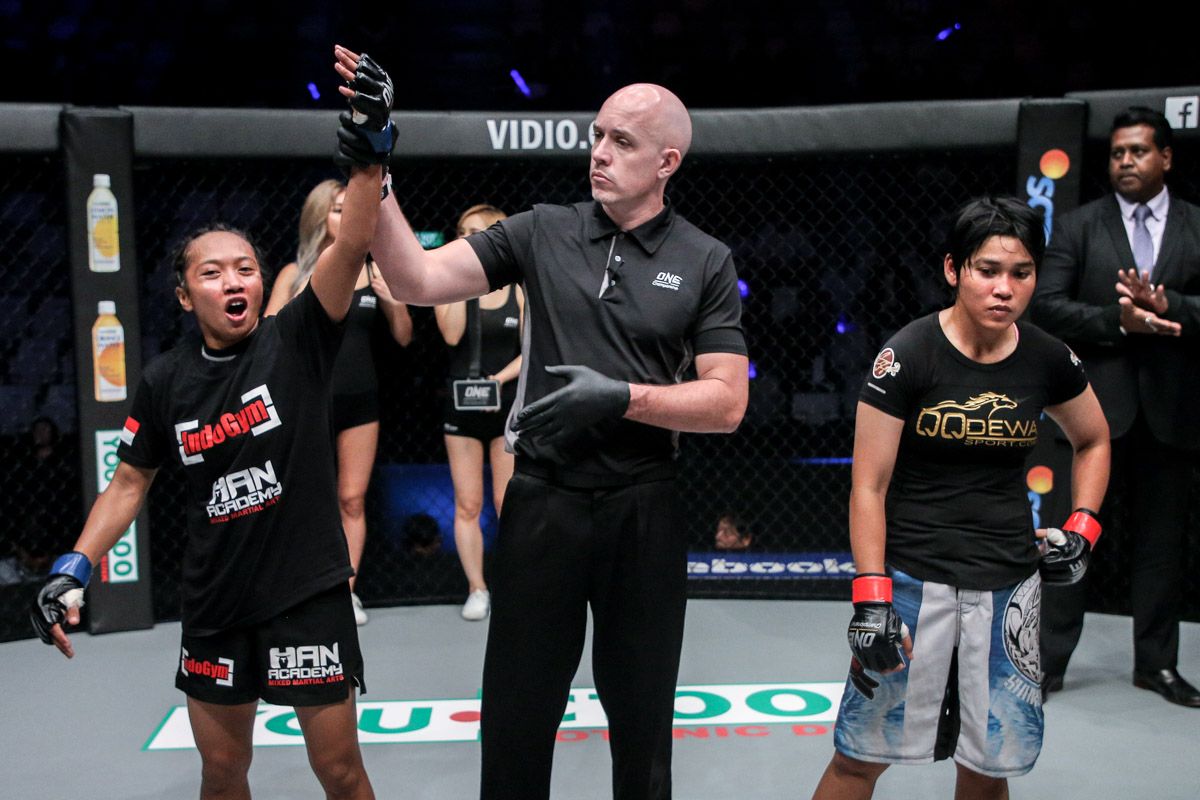 All three judges awarded the victory to Wulan, who began her career in ONE Championship on a high note.