Daichi Takenaka picked up the biggest scalp of his career in a thrilling bantamweight mixed martial arts battle with Leandro “Brodinho” Issa at ONE: DAWN OF HEROES.

After a pair of back-and-forth rounds, the Shooto Featherweight Champion rallied in the third stanza for a highlight-reel TKO inside the Mall Of Asia Arena in Manila, Philippines on Friday, 2 August.

Takenaka looked to kick and move in the opening exchanges of round one. He took aim at the midsection and head of his Brazilian rival, while Issa fired back with his boxing.

The Paraestra Izumi and HybridFighter representative was the first to close the distance and attempt a takedown, but “Brodinho” found a way out of his clutches. They ended up on the canvas when Issa ran his rival into the ropes, and they rebounded into a scramble.

Takenaka took the initiative and tried to work to back control, but he could not secure an attacking position. Instead, Issa used his Brazilian Jiu-Jitsu savvy to end up on top, where he scored with hard punches as he tried to put the pressure on to advance from half guard. 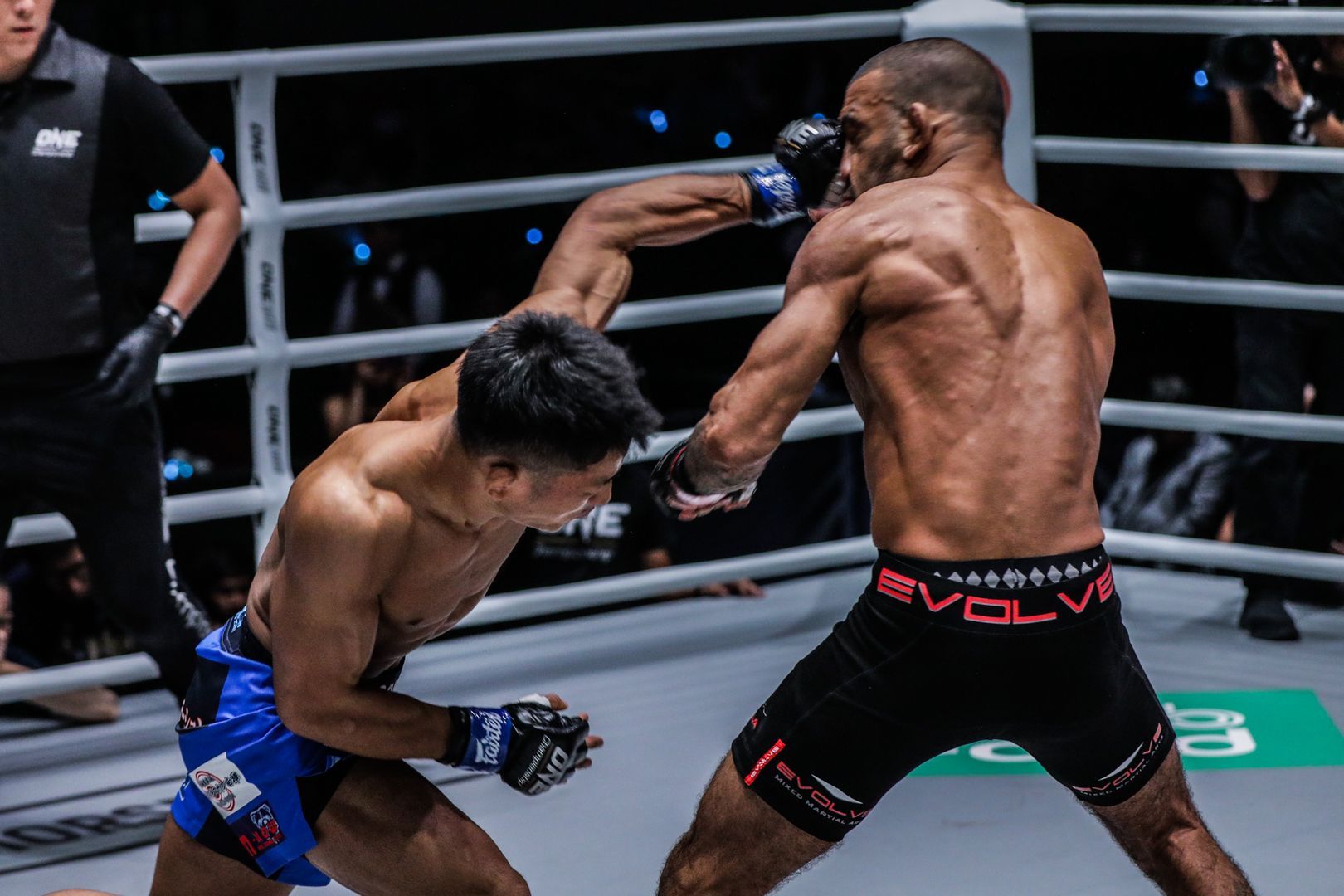 In the second frame, the 29-year-old from Osaka again looked for openings for his left kick and found a home for it to the body. He also grew in confidence with his hands and landed his looping left repeatedly on the Evolve man’s head.

Issa fired back with his overhand right, but a solid flurry of hooks from Takenaka wobbled him. He looked for some respite in the clinch, but then had to defend a guillotine choke.

The Brazilian found a way out, but it looked as if the tide was turning against him when his adversary worked back up to his feet at the end of the round. 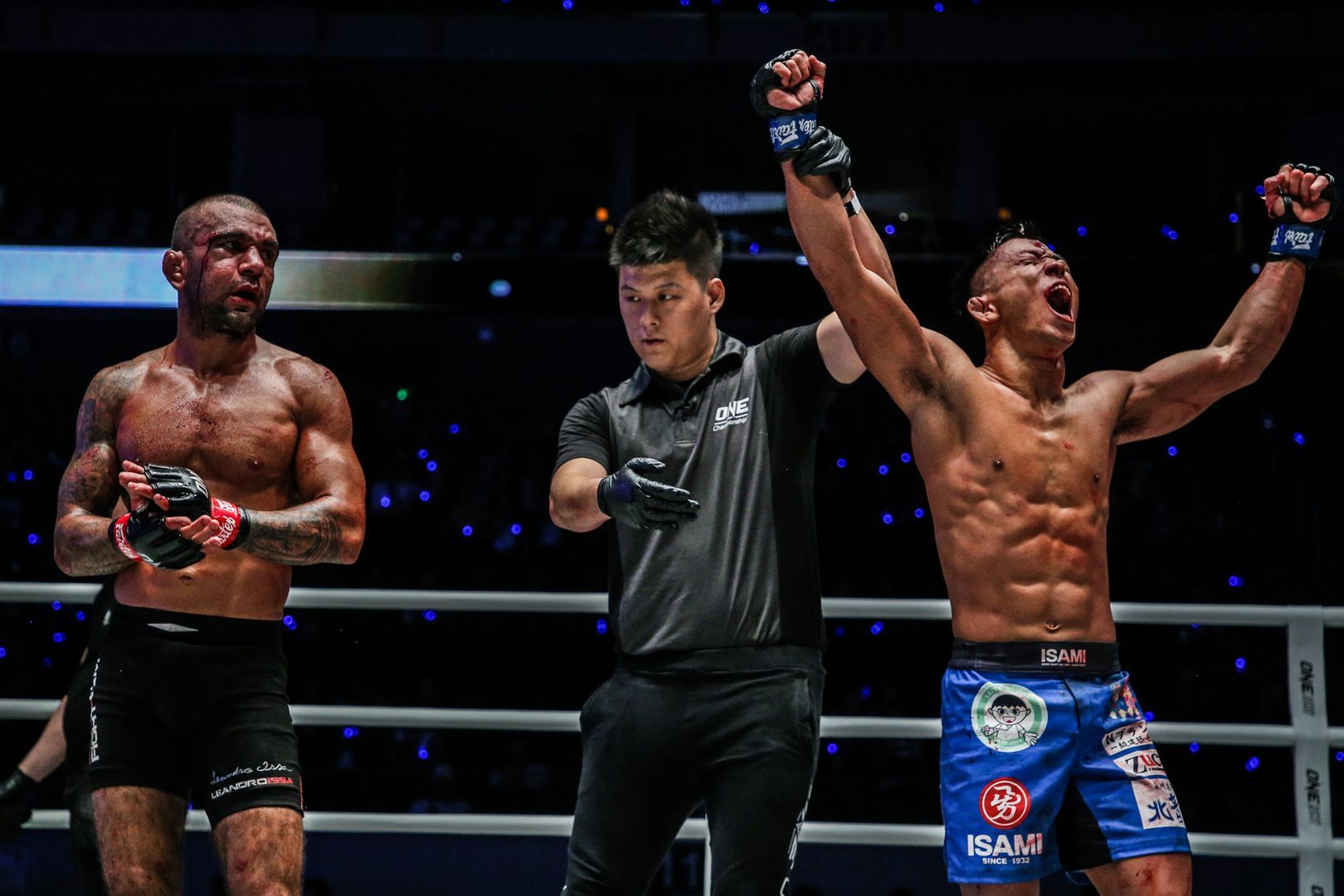 Issa looked refreshed coming out for round three, but Takenaka’s striking confidence paid dividends when he dropped the BJJ World Champion with a superman punch.

He immediately capitalized on his success with a series of hard punches and knees on the ground to get the finish at 1:39 of the final frame.

The Japanese athlete improved his record to an impressive 12-1-1 and elevated himself into the upper echelon of the bantamweight division.