Christian “The Warrior” Lee lives by a simple philosophy – he always stays ready.

While it is not common for a World Champion to step up under these circumstances, Lee did not hesitate to replace “The Underground King” Eddie Alvarez, who was forced out of the bout due to injury.

With fewer than two weeks remaining until the clash with Arslanaliev, Lee explains why he was so willing to accept this match-up on short notice, how he is preparing, and his feelings about sharing the spotlight on the biggest martial arts event in history with his sister – Atomweight World Champion “Unstoppable” Angela Lee.

ONE Championship: Why did you accept this bout?

Christian Lee: There are not a lot of World Champions who will take a fight on two weeks’ notice – I can tell you that.

I took it because I believe a World Champion should be ready to fight anyone at any time. I love to test myself. For me, it’s just another challenge, and I’m looking forward to overcoming it.

ONE: When you got the call, did you accept right away?

CL: Last week, my dad got the call saying Eddie Alvarez was injured. They called everybody they could who could possibly be in line to take his spot, but there was no one.

There were visa issues and other issues with some of the fighters they called, so their last resort was to ask me. I couldn’t turn it down. I said, ‘Of course I will take it.’ From the time we got the call to me accepting was about four hours.

I just wanted to double-check with Angela to make sure she was okay with everything. I didn’t want to put too much stress on her for this event. As long as she was good with it, it was a go for me.

She was good with it – she would never ask me to turn a fight down. She told me to take it, and I sent my word of approval that I would take it.

ONE: How were you feeling in terms of your preparation when you accepted this bout?

CL: I do train year-round, and I try to stay in good shape. However, my whole focus was on Angela’s camp.

Every day, I was just coming in, working with her, watching her sessions, and really I wasn’t focused on fighting at the time. They gave me the call, and I knew the shape that I was in was good enough to take on anyone.

I’m going to have to beat everyone in the lightweight division anyways. It’s either now or later.

ONE: Do you still plan on being in Angela’s corner for her bout against Xiong Jing Nan?

CL: I’m not going to go to medicals, I’m not even going to collect my paycheck. I’m just going to go straight back into the room and be there for Angela.

It’s going to be the biggest event in ONE Championship history, and there’s going to be a lot of pressure riding on both of our shoulders, but the pressure is [what makes] Angela and I shine the most.

It’s where we step up to the challenge and overcome any obstacle. I know that we’re both going to step up that night and we’re going to come out on top.

ONE: How has your body adjusted to competing at lightweight?

CL: Ever since I made the move up to lightweight, my body just naturally adjusted. I feel like this is my optimal weight. I feel stronger than ever.

ONE: Did you think “Dagi” would win the World Grand Prix and you would face him soon, anyway?

CL: I did think he was going to win. He’s a dangerous opponent. He’s finished every single one of his fights.

No one has been able to [work out how to defeat] him yet, but that’s simply because he hasn’t fought me yet.

ONE: What are his biggest strengths, and how do you believe you can to expose him?

CL: The thing about “Dagi” is he’s a true martial artist. He’s very well-rounded in every area. He’s got heavy hands, he’s got great wrestling, and he’s got a black belt in jiu-jitsu as well.

For me, this fight just comes down to who can mix it up and play the mixed martial arts game the best. I believe there is no one else who can do it better than me.

ONE: All but one of his wins has come by first-round finish, so do you believe his inexperience facing adversity could be a key factor?

CL: I think that’s going to play a big advantage to me. I have championship experience, and I’ve faced adversity.

I’ve lost before. I’ve been in fights where I was losing, and I was able to come back. I think a big thing in this match-up will be how he deals with adversity when I put the pressure on him.

I know that I’m the toughest opponent he’s faced. 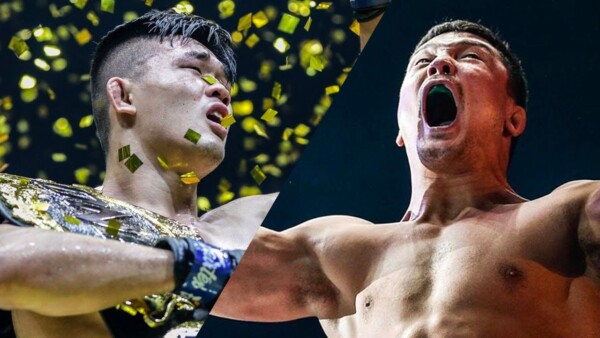