During his youth in Dagestan, Russia, Saygid “Dagi” Guseyn Arslanaliev strayed from the path of a true martial artist.

Like many boys in his village, he got into altercations in the street, but he soon learned how he had to conduct himself like a World Champion.

It happened when “Dagi” – who will face Christian “The Warrior” Lee in the ONE Lightweight World Grand Prix Championship Final at ONE: CENTURY PART I – saw one of the most iconic boxing matches of all time.

When Arslanaliev watched “The Rumble in the Jungle” – the famous boxing match that saw Muhammad Ali take the Undisputed World Heavyweight Championship from George Foreman – he decided he wanted to be a World Champion just like “The Greatest.”

He remembers the first time he saw that legendary bout from 1974 like it was yesterday.

“He worked Foreman on different levels, he only punched and countered when necessary – draining the champ more and more. It was so impressive!”

That match sparked Arslanaliev’s curiosity, and he started to seek out other footage to learn as much as he could about Ali.

As he saw more and more, his admiration grew for the global icon’s boxing style, but what impressed him most was his conduct outside the ring.

“He was more than a sportsman for me. I loved that he was political, that he was an activist, that he was bold. Ali was well-spoken, persuasive, and a fellow Muslim brother.

“It looked like he never wasted any energy, like he knew what he was doing, both in the ring and when he was interviewed. He remained calm, and always did exactly what needed to be done.”

As a Muslim and a religious man, the fact that Ali converted to Islam and lived his life according to his faith resonated with Arslanaliev.

He was fascinated by his sense of justice, and the way that he sacrificed his career in the ring when he stood up for what he believed – he was sent to jail because he refused to be drafted into the military, because of his religious beliefs and opposition to the Vietnam War.

“I know that Muhammad Ali refused to go and fight in Vietnam. He said he had no issues with the people of Vietnam,” he says.

“I admire him for that. He would have rather been stripped of his World Champion’s title than kill peaceful people.”

“Dagi” is also familiar with Ali’s role in the civil rights movement in the US, and he has great respect for the way he used his platform to help others.

“He was often a spokesperson for minorities, he went to rallies with Martin Luther King,” he adds. “He didn’t forget his people when he rose to the top – that’s a sign of a true people’s champion.

“He stood by the causes he believed in and spoke out loud, when his word was needed. He was the role model who didn’t hide from society’s problems.” 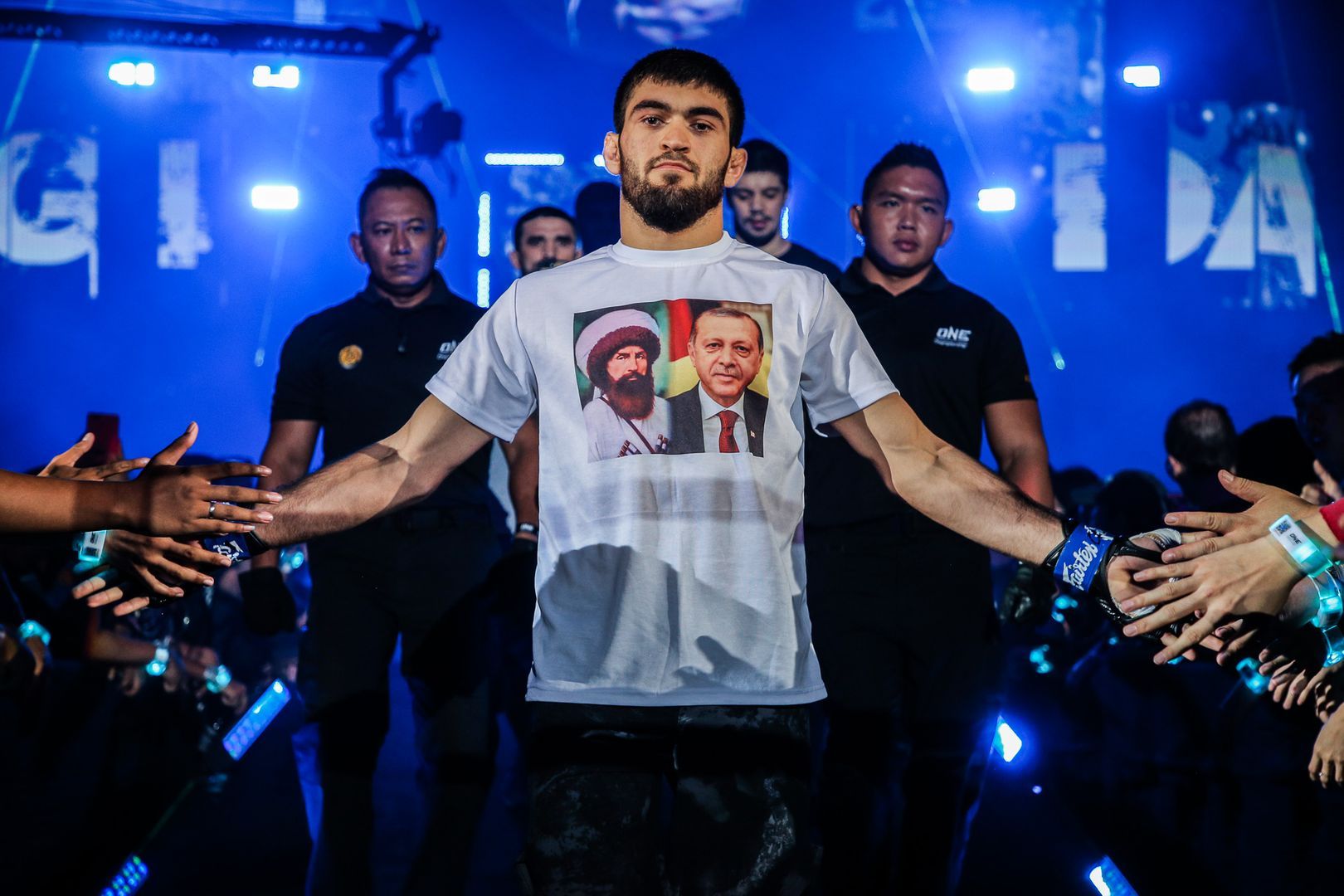 Arslanaliev is still only at the start of his career, but he has already secured a spot in a historic match on a groundbreaking event that will be seen by fans in countries around the world.

On that momentous night in Tokyo, he hopes he can take a big step on his way to emulating his hero by performing like a World Champion in the Circle, and maintaining that aura when he leaves the Ryogoku Kokugikan.

“Muhammad Ali set a high bar for people in combat sports, but I hope to follow his example and be a great person in and out of the ring,” adds “Dagi.”