The only thing better than setting a ONE Super Series record in your ONE Championship debut is winning the World Title in your second promotional appearance – a remarkable sequence of events achieved by Capitan Petchyindee Academy.

Capitan launched himself from the #2-ranked spot to the divisional throne by knocking out defending ONE Bantamweight Kickboxing World Champion Alaverdi “Babyface Killer” Ramazanov in the second round of their fight at ONE: UNBREAKABLE on Friday, 22 January, at the Singapore Indoor Stadium.

After the main event battle began, the Petchyindee Academy standout spent the better part of the first round chasing Ramazanov around the Circle and trying to pin his right hand to the Russian’s chin. The defending titleholder used his long legs to backpedal away from the advancing Thai, but Capitan was able to connect with kicks to the legs and body.

“Babyface Killer” began to awkwardly attack with punches from unexpected angles, but Capitan finally stuck him against the Circle Wall and unloaded a furious sequence of right hands to the head and body of his gatekeeper. Ramazanov escaped, but moments later, a left hook from the challenger almost stuck his jawbone into the Circle Wall.

Ramazanov avoided standing and trading with Capitan, but in a sudden change of momentum, the defending World Champ pumped out a jab-straight right combination and then followed with a walloping left hook that had Capitan’s feet stuck to the canvas.

The Russian tried to follow up with an array of strikes, but the Thai star defended well and finished the round the way he’d started it – chasing down “Babyface Killer,” who looked like he was backpedaling on a bicycle. 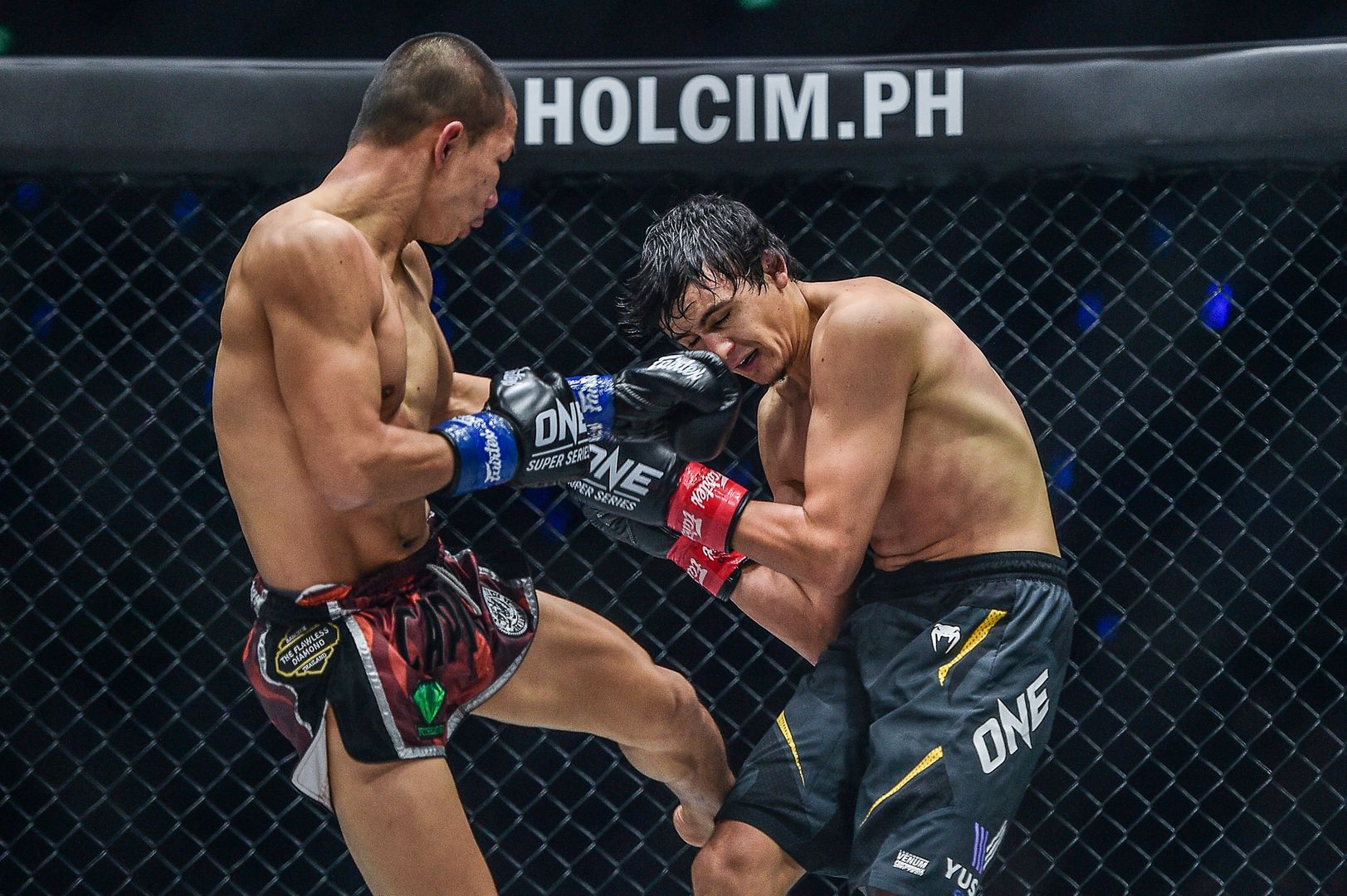 In round two, the Thai had one mission, and that was to deflate Ramazanov’s tires.

He did so by sinking his shin into the meat of the Russian’s leg. And after having to pin down his opponent against the Circle Wall, he sent a high kick into his chest – the effects of which were evident in the shockwaves running through Ramazanov’s face, hair, and expression.

A left hook from Capitan landed clean on Ramazanov’s chin, and when he tried to cover up from the Thai’s record-breaking hands, he was met with low kicks – lots of them. Ramazanov did his best to defend from the onslaught, but it was only a matter of time before he succumbed to the pressure that Capitan was pouring on.

Surprisingly, it wasn’t a low kick that sent Ramazanov to the canvas. Instead, it was a right hook to the body that was followed by a straight right to the head, all of which came from Capitan like twisting missiles. 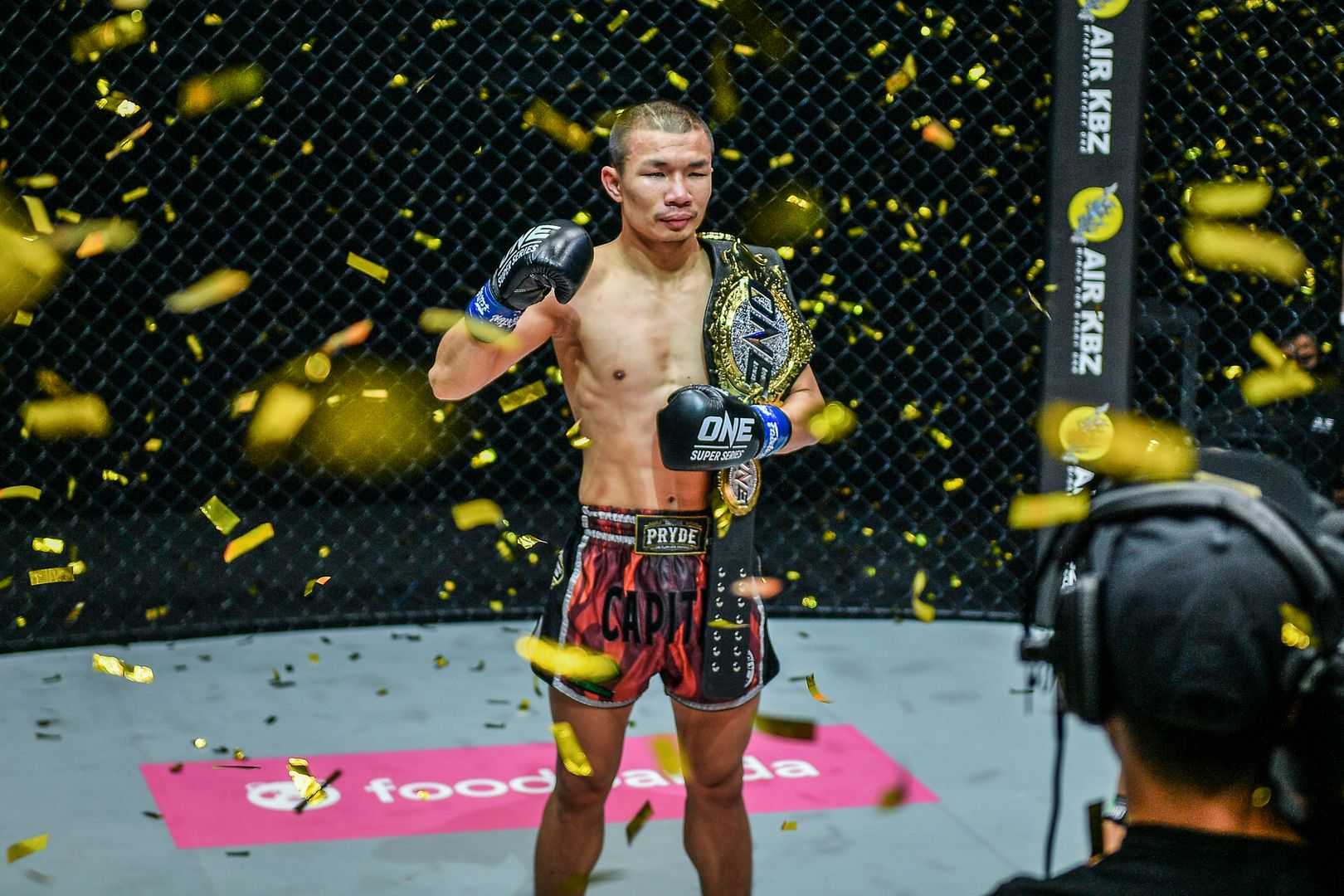 Ramazanov was unable to answer the count, and Capitan was awarded the KO win at 1:56 of the second round.

The victory bumped the Thai’s record to 144-40 and made him the new ONE Bantamweight Kickboxing World Champion.