Bokang “Little Giant” Masunyane marked himself as a top strawweight contender after a dominant victory over Ryuto “Dragon Boy” Sawada in his ONE Championship mixed martial arts debut.

The South African wrestled his way to a unanimous decision victory at ONE: MARK OF GREATNESS in Kuala Lumpur, Malaysia on Friday, 6 December, snapping his rival’s three-match win streak.

Inside the Axiata Arena, both men struck early in round one. Masunyane switched stances and scored with uppercuts, while “Dragon Boy” landed hard boxing combinations.

After a brief respite for a clash of heads, the bout resumed with “Little Giant” on the hunt for a big takedown. Sawada tried to counter with a throw, but the number one ranked South African flyweight stayed glued to his back and controlled the rest of the round with knees to the body and legs.

“Dragon Boy” opened up with his hands at the start of the second frame and found a home for his left hook and right cross. But Masunyane returned fire with uppercuts to close the distance, and after getting inside he landed a sharp takedown.

Sawada briefly found a way back to his feet, but the Coach Quan University representative hit another takedown and landed punches and elbows from inside the Japanese man’s guard to close out the round. 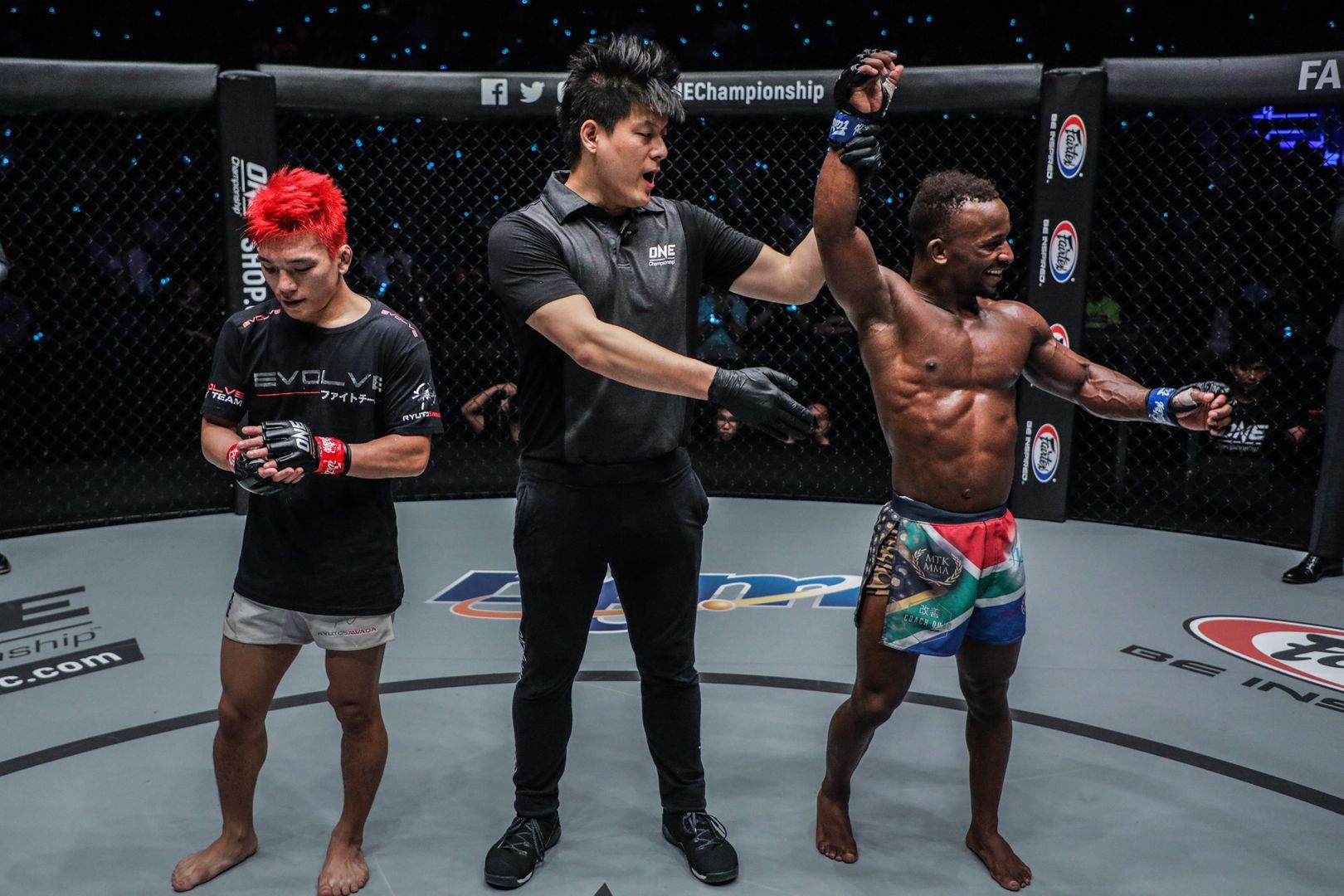 “Dragon Boy” had it all to do with five minutes remaining, and he peppered his foe with relentless boxing attacks early in the final round. However, he could not stop the South African’s takedowns, and Masunyane resumed his suffocating control from the back, where he racked up damage with punches and knees.

When the final bell rang, it was clear that Masunyane had done enough to earn the win, and the judges confirmed it with a unanimous verdict in his favor.

He moved on to 7-0 with his impressive showing in Kuala Lumpur and showed with his world-class wrestling skills he could be a threat to any athlete in his division.