Following an exciting start to ONE Championship’s November 2022 doubleheader the night before, the action continued at ONE 163: Akimoto vs. Petchtanong.

On Saturday, November 19, the global fan base was treated to five explosive matches on the lead card.

There were a pair of jaw-dropping submissions, two hard-fought battles, and a heavyweight kickboxing barnburner that thrilled the audience inside the Singapore Indoor Stadium.

Here’s everything that went down on the ONE 163 lead card.

The debutant brilliantly attacked the Brazilian powerhouse and put up a strong defensive display, earning him the unanimous decision nod from all three judges scoring the tilt.

In the first frame, Krnjic tested his rival’s guard with left kicks and straight lefts. He utilized the same weapons in round two to prevent the Hemmers Gym representative from connecting with any firm shots.

Though Chaves did switch gears and hit the Bosnian tank with crisp punches and counter kicks in the third stanza, Krnjic remained undeterred. He continued to attack the Brazilian with his left foot, constantly finding a home on Chaves’ legs and midsection to seal the win.

In what was a one-round fight of the night candidate, Ahmed “Wolverine” Mujtaba played his part in a rough and tumble bout with Abraao “Bambao” Amorim that kept the crowd on their feet from beginning to end.

Mujtaba held his own against his Brazilian rival in the grappling and striking facets of the lightweight MMA clash, but the Pakistani ultimately surprised the BJJ World Champion – and fans at the Singapore Indoor Stadium – with a sneaky triangle choke, expertly trapping his foe’s leg in the process to force a tap at the 4:32 mark of the opening round.

That submission pushed Mujtaba’s record to 10-2 and gave him his second consecutive highlight-reel finish.

Fourth-ranked strawweight Shinagawa started the stronger of the two in their 126-pound catchweight contest. He feinted before scoring with snapping straight punches, but Botelho was never perturbed and pressed forward constantly.

The Portuguese athlete’s aggression began to pay off more in round two, as his punches found a home on the PK.Saenchai Muaythaigym representative’s face. He also looked strong in the clinch, where he battered his rival with knees.

With things finely balanced coming into the final frame, Shinagawa connected with sharp kicks and accurate right hands. Botelho looped in with heavy boxing counters, but there wasn’t much power in those shots. Ultimately, the Japanese star’s accuracy swayed two of the judges in his favor to register his first win inside the Circle.

The Brazilian superstar needed only 42 seconds to dispose of Milena Sakumoto with a slick rear-naked choke.

In just the first scramble of the bout, Basilio quickly snuck around to the 21-year-old Japanese grappler’s back and after a couple of grip adjustments, she locked up the fight-ending choke.

Kirill Gorobets Puts On 3-Round Clinic Against Bruno Pucci

After a tough assignment in his first promotional appearance eight months ago, Kirill Gorobets made a triumphant return at ONE 163 and showcased his true potential in the lead card’s opening bout.

The Ukrainian dominated the standing affair, even dropping his Brazilian adversary Bruno Pucci on two occasions in their featherweight MMA clash.

Gorobets also displayed his improved grappling, shutting down any and all pressure from the BJJ black belt to pick up the unanimous decision victory. With the win, the Ukrainian improved his record to 12-2. 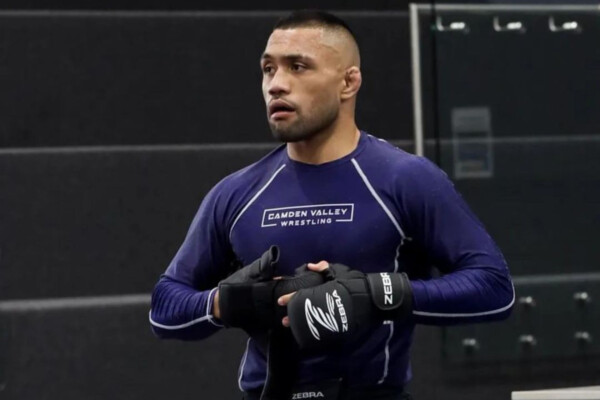