ONE: INSIDE THE MATRIX is just days away, which means mixed martial arts superstars from around the globe have arrived in Singapore.

The stacked card in “The Lion City” will feature four World Title bouts between the promotion’s World Champions and top contenders.

Both men have touched down in Singapore and are finished with quarantine.

31 hours later, we are here! Thank you Singapore government for allowing @onechampionship to put on a show.

The divisional king, who represents Sanford MMA, spent a total of 31 hours in transit to reach “The Lion City.”

It didn’t matter, though, as Aung La N Sang was all smiles and thanked the Singapore government for allowing ONE to stage a live international event in the city-state.

“The Dutch Knight” also made his presence felt on Instagram by sharing a training video now that he’s out of quarantine.

I am so excited to be back here in Singapore! 18 hours of travel, 2 COVID test, and 48 hours of quarantine later and we’re able to get in our first workout. So grateful to have my wife, dad, and two brothers alongside me. 1 WEEK OUT from FIGHT NIGHT! ????????

Reigning ONE Lightweight World Champion Christian “The Warrior” Lee, who will defend his gold against #1-ranked contender Iuri Lapicus in the co-main event, has arrived, too.

He wrote about his travels: “I am so excited to be back here in Singapore! 18 hours of travel, 2 COVID tests, and 48 hours of quarantine later, and we’re able to get in our first workout.”

With the stars arriving in peak condition, ONE: INSIDE THE MATRIX is ready to deliver incredible action and high stakes from start to finish.

Who will leave “The Lion City” as World Champions? We’ll find out when the action goes down this Friday. 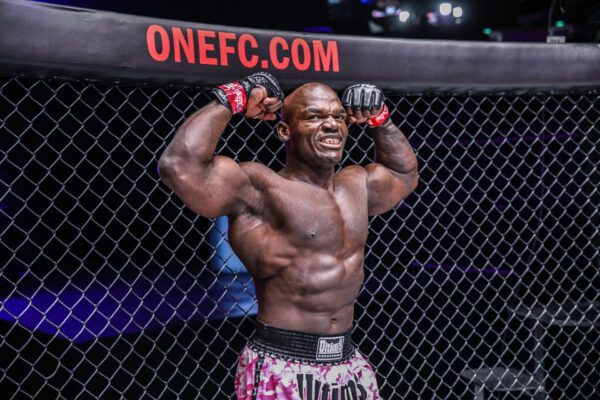