April Osenio is planning for both the now and the future. The 22-year-old rising star will meet unbeaten prospect Jenny Huang of Chinese Taipei in an atomweight contest at ONE: AGE OF DOMINATION on Friday Night, 2 December, on her home turf at the Mall Of Asia Arena in Manila, Philippines.

A victory over the grappling ace will do much to catapult Osenio higher up the divisional ladder, and toward the potential title shot she has her sights set on.

“That win will definitely put me one step closer to my dream of becoming a champion,” she says. “My short term goal in this sport is to win my upcoming fight, and my long term goal is to have more victories to come and become a world champion.”

Defeating Huang will not be an easy task. She rocks a spotless 4-0 record, and has been making solid use of her judo black belt and her BJJ, recently securing back-to-back submission victories over Egyptian wrestler Amira Badr and India’s seven-time kickboxing champion Jeet Toshi. She also has a kickboxing background, so she is not afraid to mix it up in the cage either.

In fact, the Filipina expects a bit of a stand-up battle.

“I can see the fight to be more on the striking front,” she admits. “This is going to be a match full of action.” A two-time National Wushu Champion, Osenio made her MMA debut at ONE: AGE OF CHAMPIONS against Kirstie Gannaway back in March 2015, but was submitted in the second via rear-naked choke.

Despite possessing world-class striking, the Benguet native was found lacking the grappling department, but has since turned a weakness into a strength. She won her next two bouts with a pair of first-round submissions, the latter of which being an upset of Malaysia’s Ann Osman. It was extra special because Osenio was fighting an illness, too.

“It was so hard because my body was not in good condition during that time, but because of my dedication to win, I ignored my fever and fought my best.” Osenio said. “My favorite fight so far is my fight against Ann Osman.”

That victory pushed her record to 2-1. Though she has vastly improved, it may be a little too far-fetched to call her an expert technician on the ground. But that will not stop her from trying to tap out her opponent.

“Yes, I think it is too early for me to be called a submission specialist,” Osenio says. “But as much as possible, if I have a chance to submit Huang, which I think is better, then maybe that will add up to being a sub specialist in the future.” 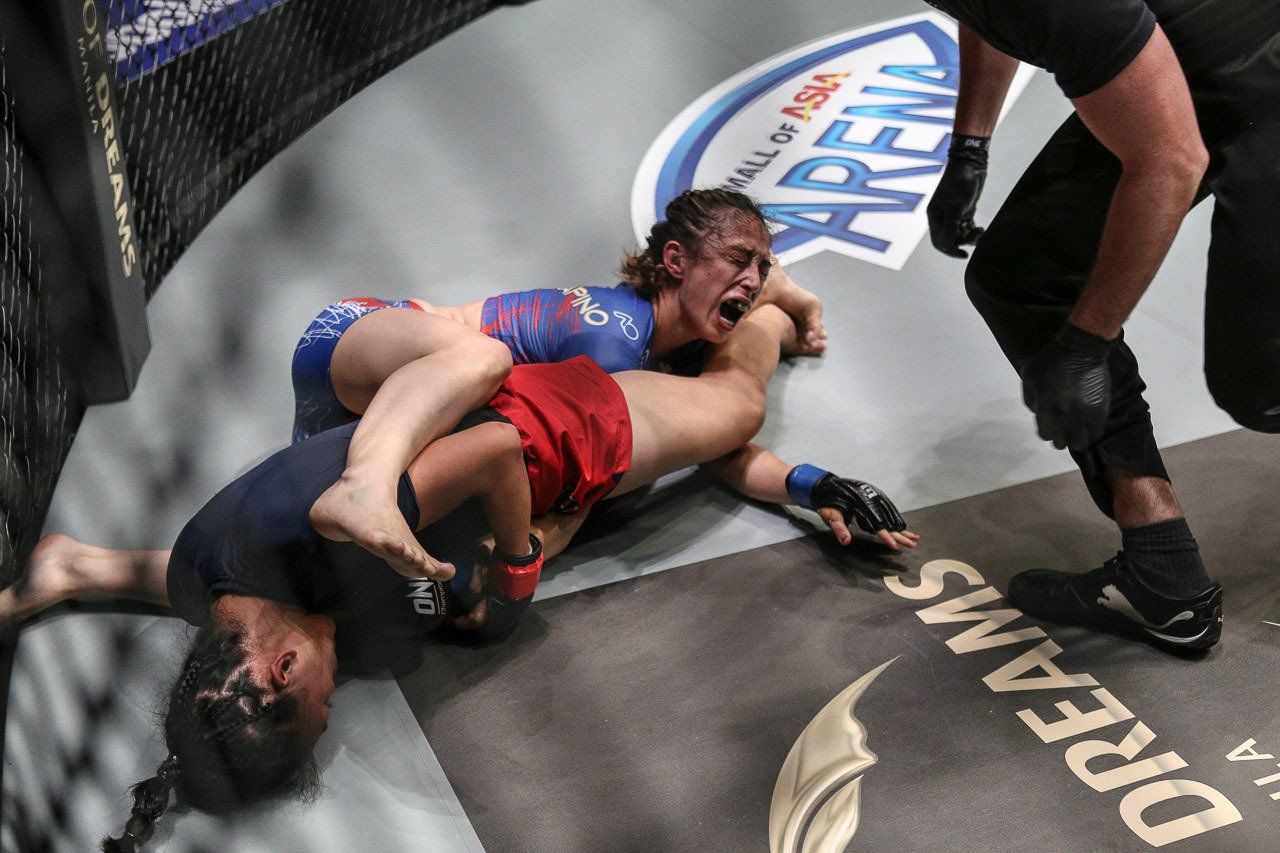 Osenio spent hours learning those submission techniques, and much more, under the watchful eye of Mark Sangiao and all the other members of the Baguio City-based Team Lakay. The atomweight began her time at the Philippines’ premier combat sports gym as a raw newcomer with potential, who Sangiao turned into a high-level mixed martial artist.

“I am so lucky and blessed to have Coach Mark as our coach because he is the one who taught me all my skills and is continuously doing it, even now,” she explains. “When I first joined Team Lakay, my skills were poor, but Coach Mark taught me what I have to know to succeed in MMA.”

Osenio does not have to look very far to find all the inspiration she needs to achieve eventual championship success in the sport. Aside from her desire to make her living situation better, her teammates motivate her to reach new heights, none more than the newly-crowned ONE Lightweight World Champion.

“For me, what inspires me to fight and strive more is to get out of poverty,” Osenio says. “Eduard ‘The Landslide’ Folayang is my idol. He is the one who inspires me more than anyone in my MMA career.”