Former ONE Lightweight World Champion Shinya “Tobikan Judan” Aoki delivered another vintage performance at ONE: UNBREAKABLE and added a record-setting submission victory to his incredible resume.

The Japanese icon forced American wrestling star James Nakashima to tap out via neck crank less than three minutes into the first round of their lightweight mixed martial arts fight at the Singapore Indoor Stadium.

It was the 29th submission of Aoki’s storied career and his eighth in the promotion, giving him the record for most submission wins in ONE Championship history. The bout actually began with Aoki in striking mode, as he threatened Nakashima with a left high kick and a switch kick to the body.

He then punched his way into the clinch, but the American managed to reverse his foe, push him up against the Circle Wall, and then disengage.

It appeared that Nakashima – who was debuting at lightweight after challenging for the ONE Welterweight World Title in his last bout – was looking to test Aoki’s chin, and he soon began to sit down on his punches.

However, the division’s #4-ranked contender expertly ducked under a left cross to enter the clinch again and put his rival in big trouble. 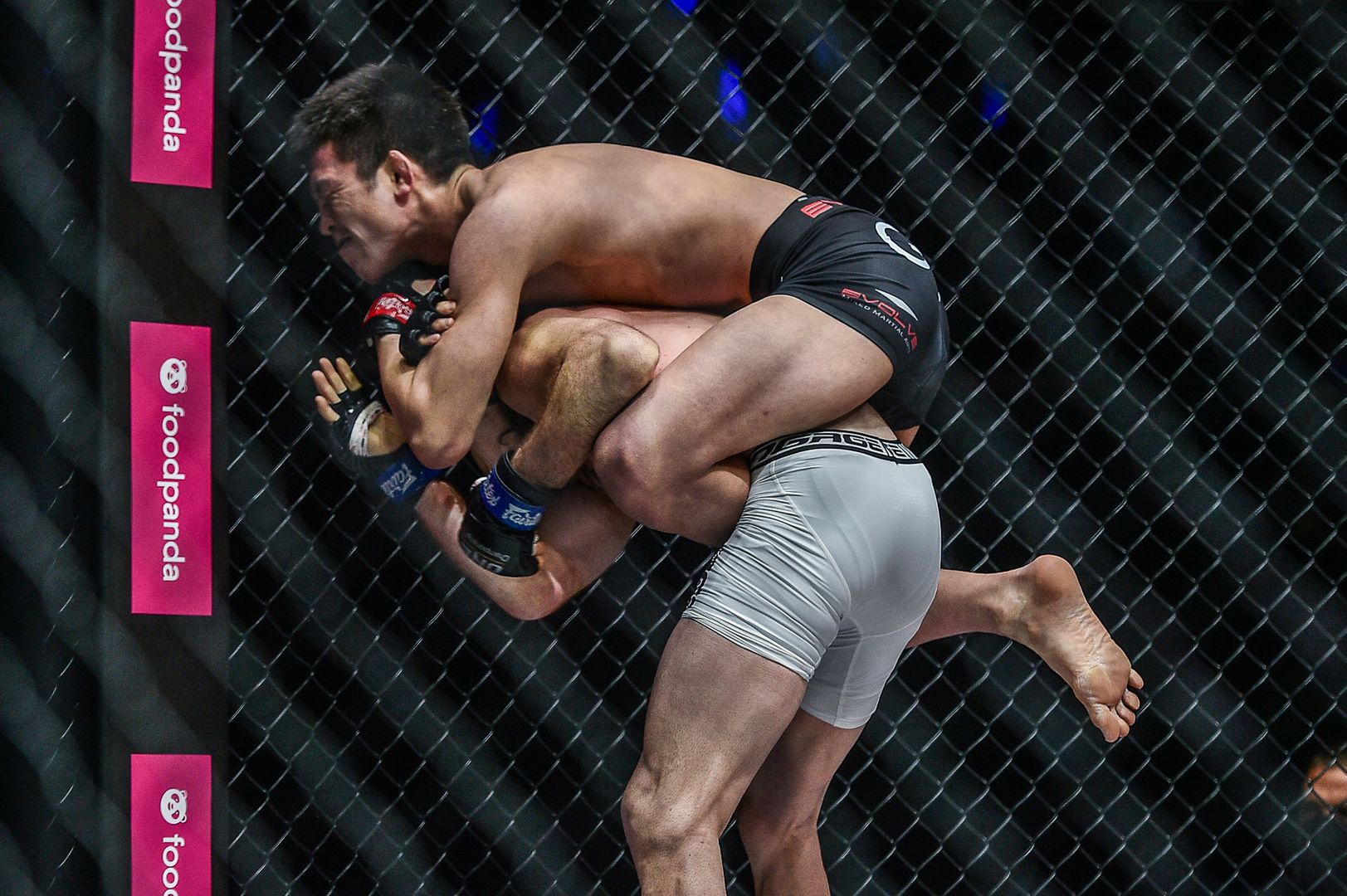 At first, the Evolve representative looked like he was trying to score a takedown with double underhooks, but after he knocked Nakashima off-balance, he moved to his foe’s back.

“Tobikan Judan” quickly took control by triangling Nakashima’s right leg, but the American managed to keep Aoki’s arms away from his neck at first.

Everything changed when the Japanese legend jumped higher up Nakashima’s back and locked on a body triangle.

The neck crank was secured a moment later, and the American was forced to tap out at the 2:42 mark of the opening stanza. 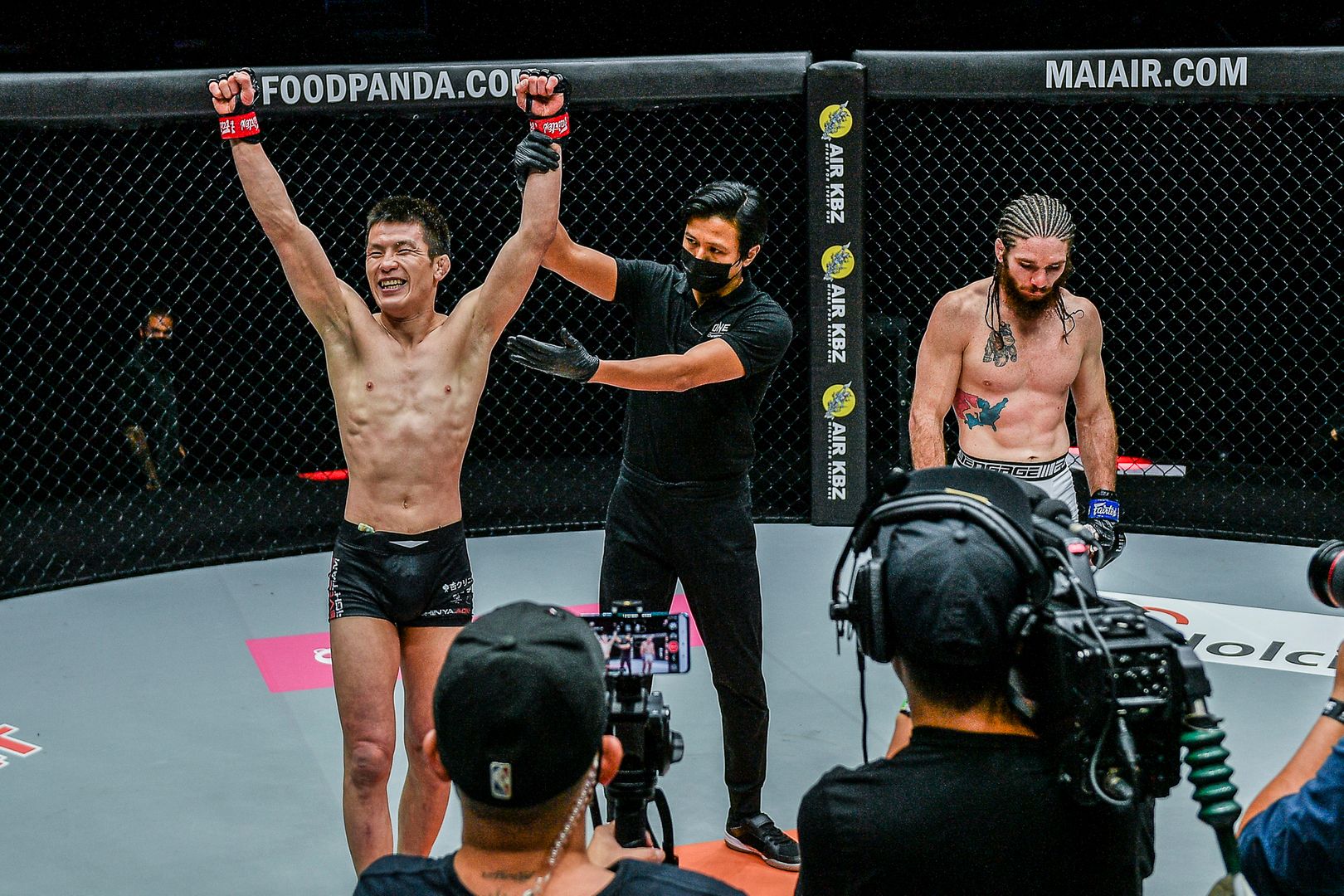 It was Aoki’s eighth win via submission in the Circle, which makes him the most prolific submission artist in ONE history – breaking a four-way tie with Alex “Little Rock” Silva, “Unstoppable” Angela Lee, and Marat “Cobra” Gafurov.