ONE Warrior Series graduate Anthony “The Antidote” Do got his main roster career off to a perfect start with a submission win over “The Little Monster” Liang Hui at ONE: FULL BLAST.

The American mixed martial artist finished Liang with a slick triangle choke in the second round of their 57.7-kilogram catchweight encounter, which aired from the Singapore Indoor Stadium on Friday, 28 May. 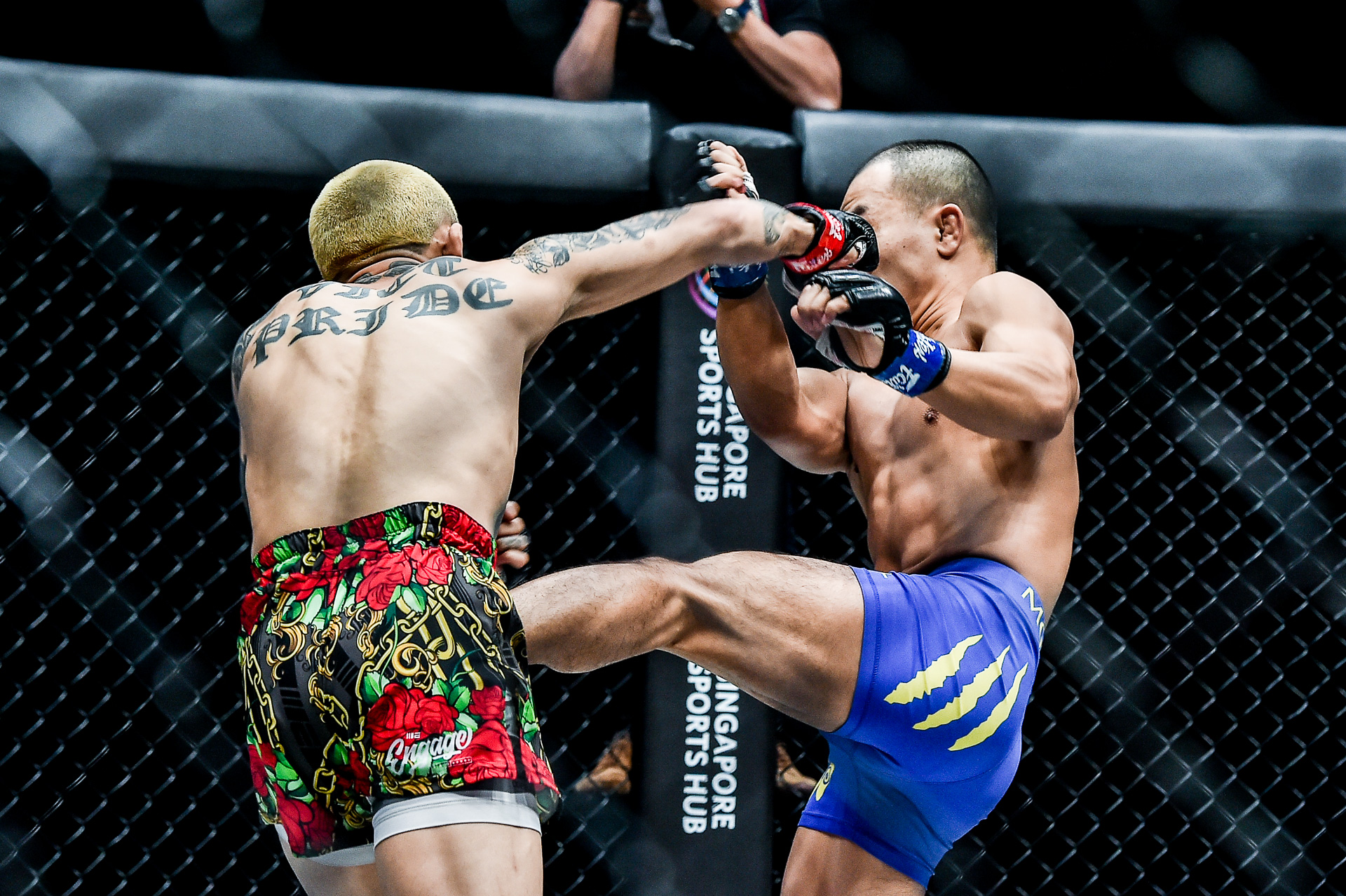 “The Antidote” was active from the opening bell and looked comfortable on the global stage.

Do bounced around the Circle and feinted in search of an opening, though Liang gave nothing away until he slipped from a low kick attempt. The American promptly charged in to capitalize, but as he did, “The Little Monster” brought the fight to the canvas with a single-leg takedown.

The action was nonstop on the mat. After tying Liang up, Do reversed the position with a hip-bump sweep to take mount and then quickly transitioned to his rival’s back when he tried to escape. “The Antidote” almost threaded his arm through for the rear-naked choke, but the 22-year-old from Qingdao found a way out and landed on top.

From there, “The Little Monster” spent the second half of the round working his top game. Do briefly scrambled back to his feet, only to get dumped back down to the canvas. And despite throwing up some submission attempts and strikes from the bottom, he couldn’t make anything stick. 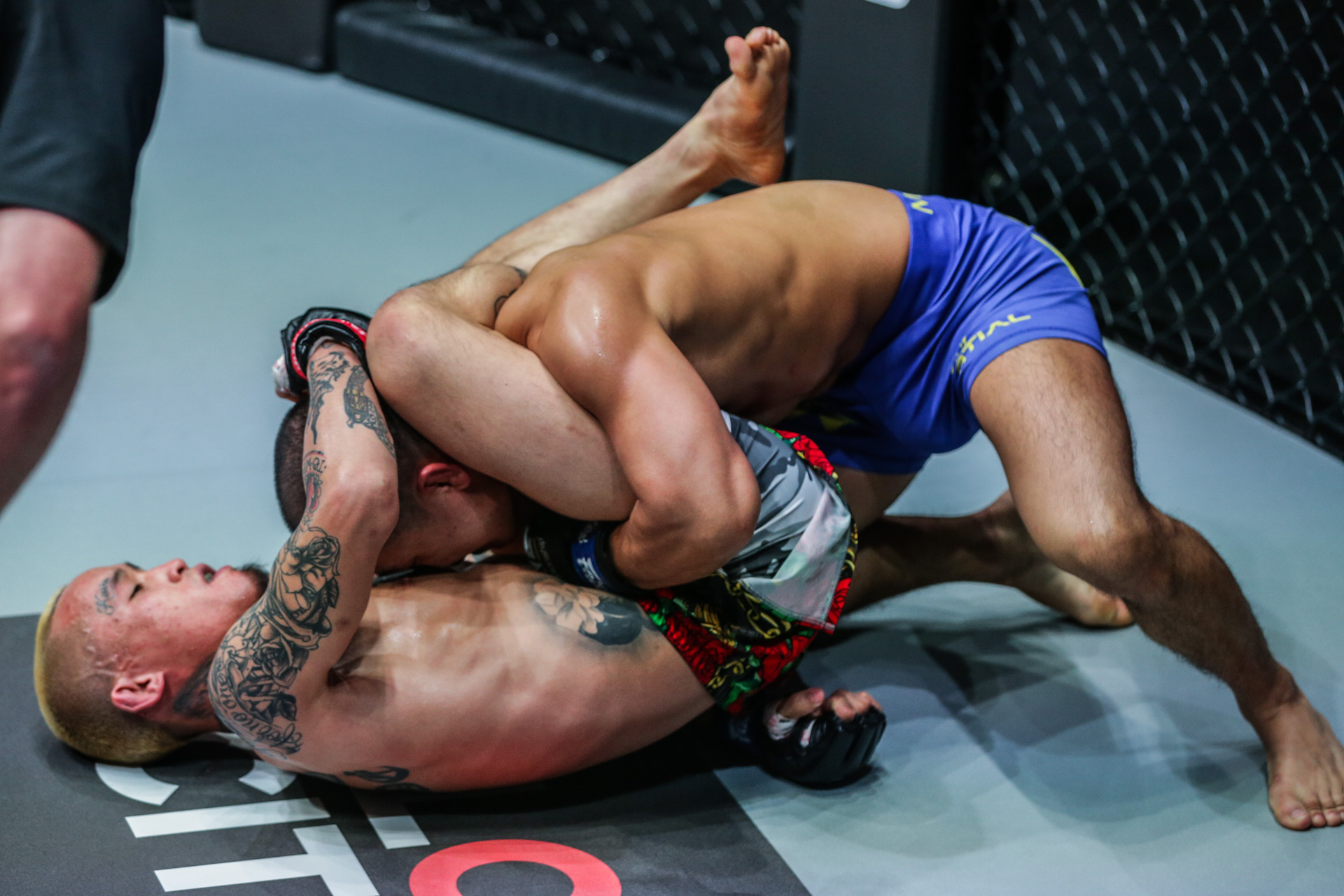 Do got back into his striking flow when round two started.

The California native glided around the Circle and made Liang chase him as he feinted and popped out his jab. He found success with his left hooks to the head and body, as well as some darting straight rights. But the Sunkin International Fight Club man countered with hard overhand rights and left hooks of his own.

With two minutes left in the stanza, Liang changed gears and got deep on another double-leg attempt. “The Little Monster” then stayed close as his opponent tried to scramble away – but that led him right into Do’s trap.

As Liang moved forward to try to control his foe, the American threw on a triangle choke and instantly started to cinch it up. The Chinese athlete tried to escape, but Do tightened the hold. Finally, “The Antidote” underhooked his rival’s leg, tipped him over, and rendered him unconscious with the choke. 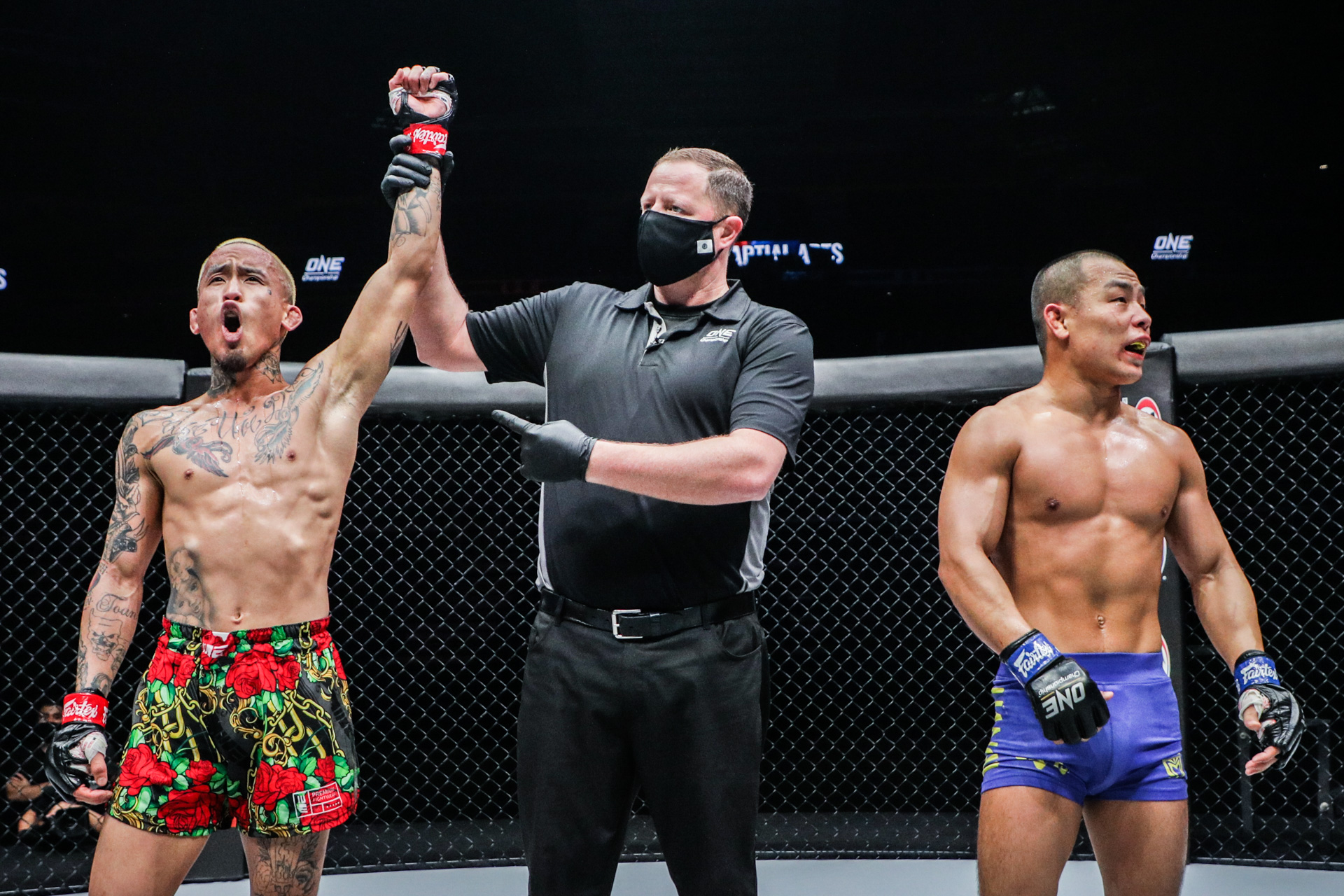 The referee waved off the contest at 3:55 of round two, giving Do his debut win on the global stage. The American Kickboxing Academy product improved his overall record to 8-4 and looks like a solid addition to the main roster.