You 'Khan' keep a good man down!Check your local listings for global broadcast or watch live at oneppv.com.

Singaporean martial arts prospect Amir Khan was gunning to remain on the winning track in his latest appearance inside the ONE Championship cage, opposite top Indian lightweight Rajinder Singh “Knockout” Meena.

To his credit, it was a quick, one-sided affair, and Khan didn’t even appear to break a sweat. The two fighters locked horns in a three-round bout at ONE: DYNASTY OF HEROES, which took place Friday, 26 May at the Singapore Indoor Stadium. As soon as the first bell sounded, the two athletes walked towards the center of the cage looking to engage. Meena, a former SFL lightweight champion at home in India, approached Khan with punching combinations, which Khan was able to evade.

After countering with a few strikes of his own, including a couple of knees in the clinch, the 22-year old Khan then shot in to successfully take his opponent to the ground.

On the mat and in full mount, Khan went to work, and pounded Meena into oblivion. After taking the brunt of Khan’s relentless ground-and-pound, the referee decided that the Indian had had enough. 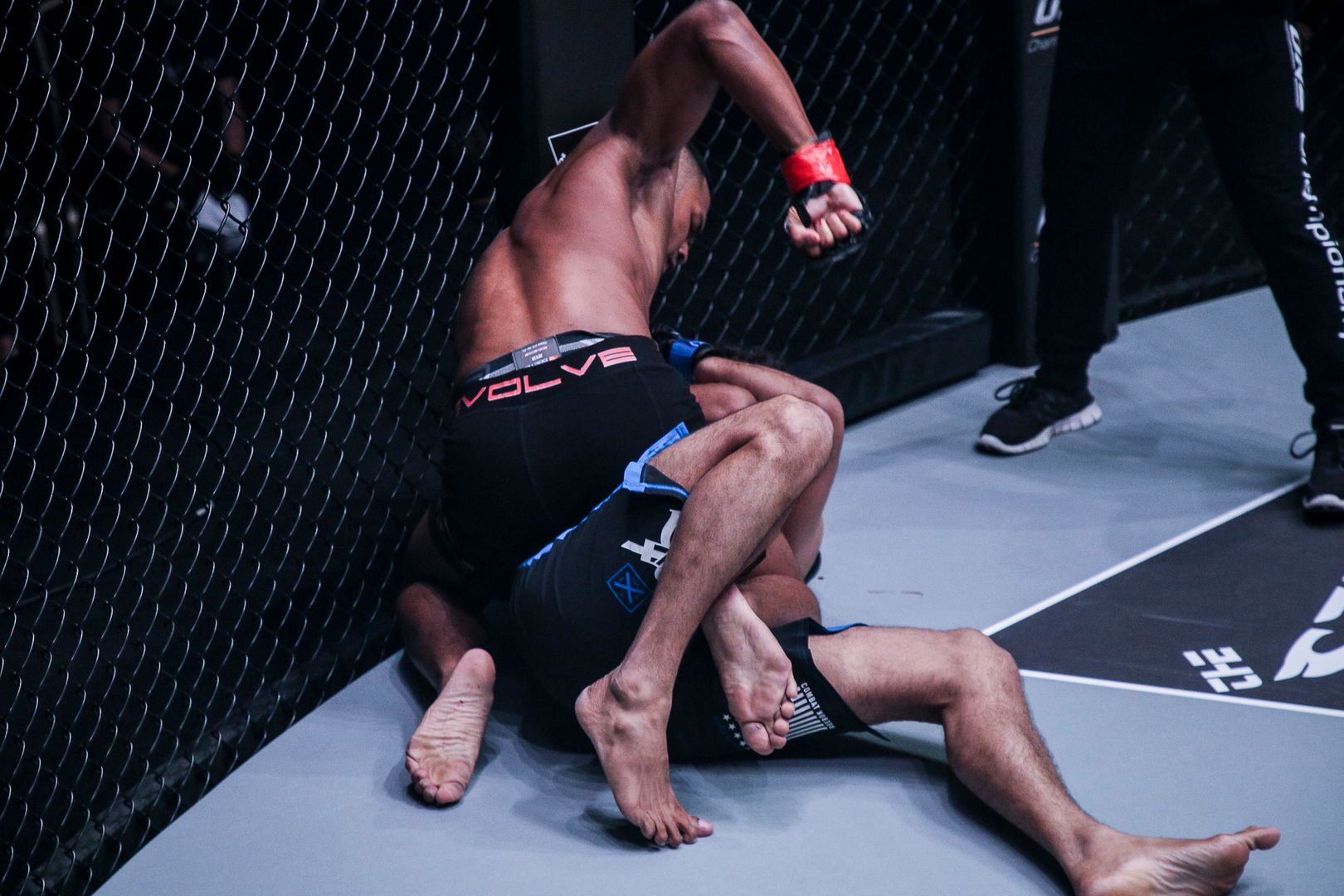 The end came officially at 1:29 of round one, and Khan basked in the adulation from his hometown crowd. The victory earned Khan his fourth-straight win since a close split-decision loss to Shannon Wiratchai in 2015.

“I knew coming into this fight that I was going to defeat him. But it was easier than I expected. I wanted to take my time,” said Khan in the cage after the bout. “The next fight, I want one of the top guys out there. I just want to push myself.”

Khan’s talent certainly warrants a step up in competition, and he has proven to be ready for the next level with a spectacular performance against Meena. ONE Championship’s lightweight division is deep and teeming with talent, and Khan should have no trouble booking a date with a top-tier opponent.

With the victory, Khan improves his record to 7-2, while Singh-Meena drops to 8-6.