Hiroki Akimoto made it 2-0 against “Muay Thai Boy” Zhang Chenglong with an impressive unanimous decision win at ONE: FISTS OF FURY.

The Karate World Champion earned a razor-close split decision when these bantamweight kickboxing contenders met in October, but on Friday, 26 February, he left the judges no doubt. 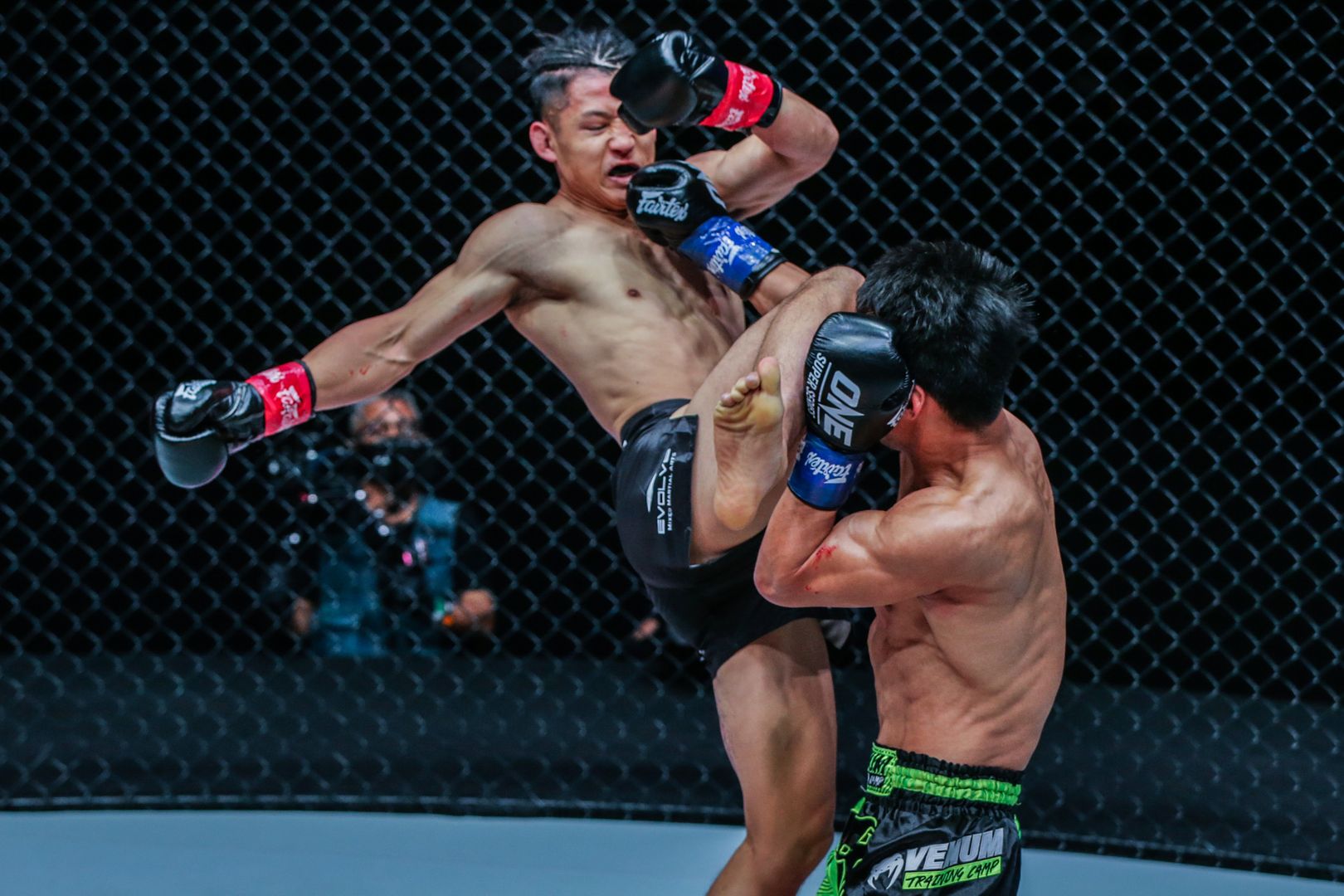 The #3-ranked Akimoto got off to a fast start inside the Singapore Indoor Stadium and took charge of the contest by getting his strikes off first.

Zhang’s legs, particularly his front leg, were battered by hard low kicks throughout the opening round. Akimoto also let rip with tight, powerful punching combinations and went back to his corner in the ascendency.

After a slow start, the #4-ranked Zhang began the second stanza with a sense of urgency. The Chinese athlete was quick to counter and initiated plenty of exchanges.

However, Akimoto stood his ground when his rival came forward and continued to land plenty of boxing combinations along with hard kicks to Zhang’s rear leg. 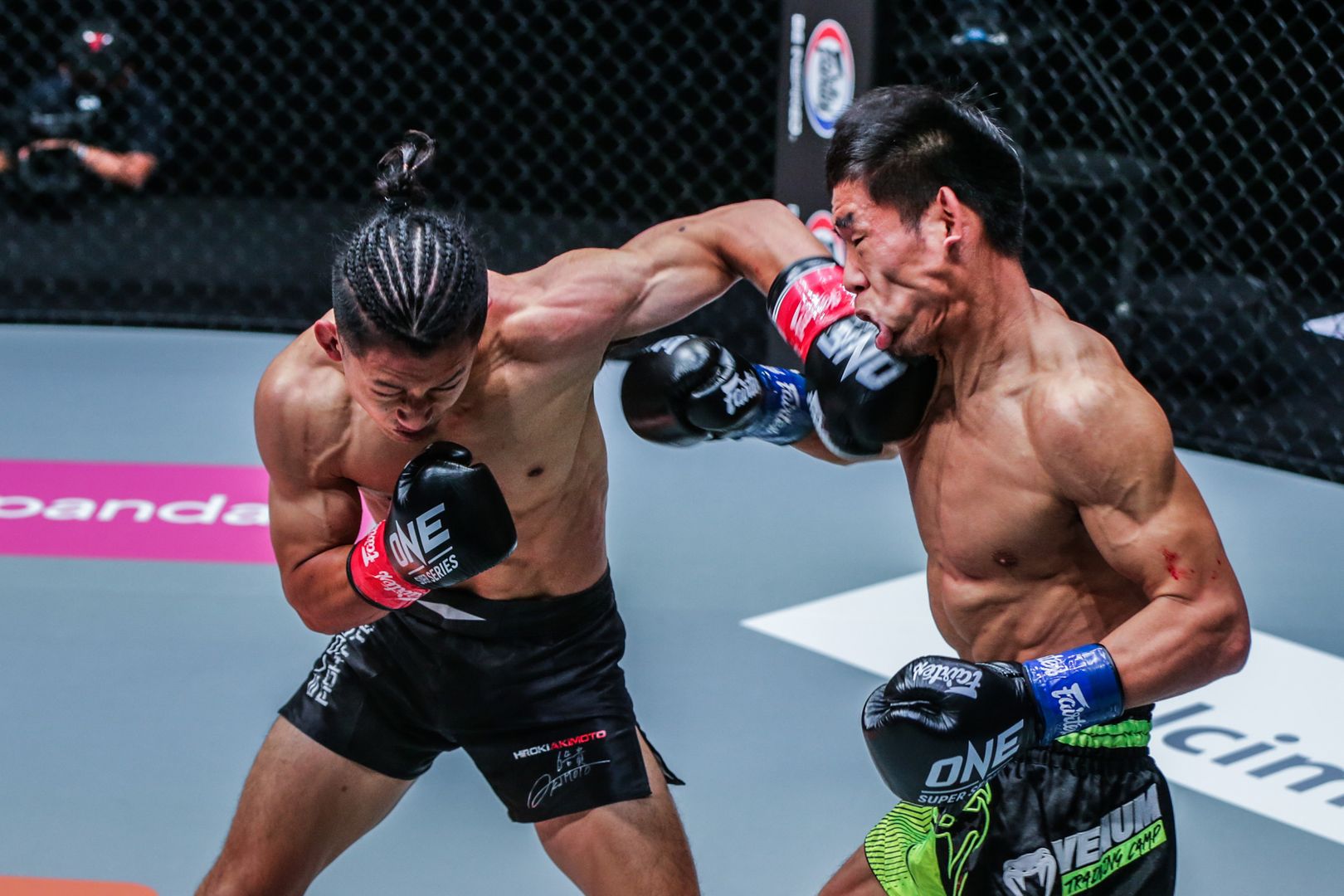 It looked like “Muay Thai Boy” might need a knockout to get his hand raised, and he pushed the action again when the final round began.

But once more, Akimoto was unfazed by that aggression. The Evolve representative was not afraid to plant his feet and rip more of his powerful punches to the head and body of the former ONE Bantamweight Kickboxing World Title challenger.

After the final bell sounded, all three judges scored the contest in favor of Akimoto, who extended his record to 24-1 and maintained his perfect bantamweight resume following his move up from flyweight last year.

The victory will also strengthen the #3-ranked contender’s case for a World Title shot. 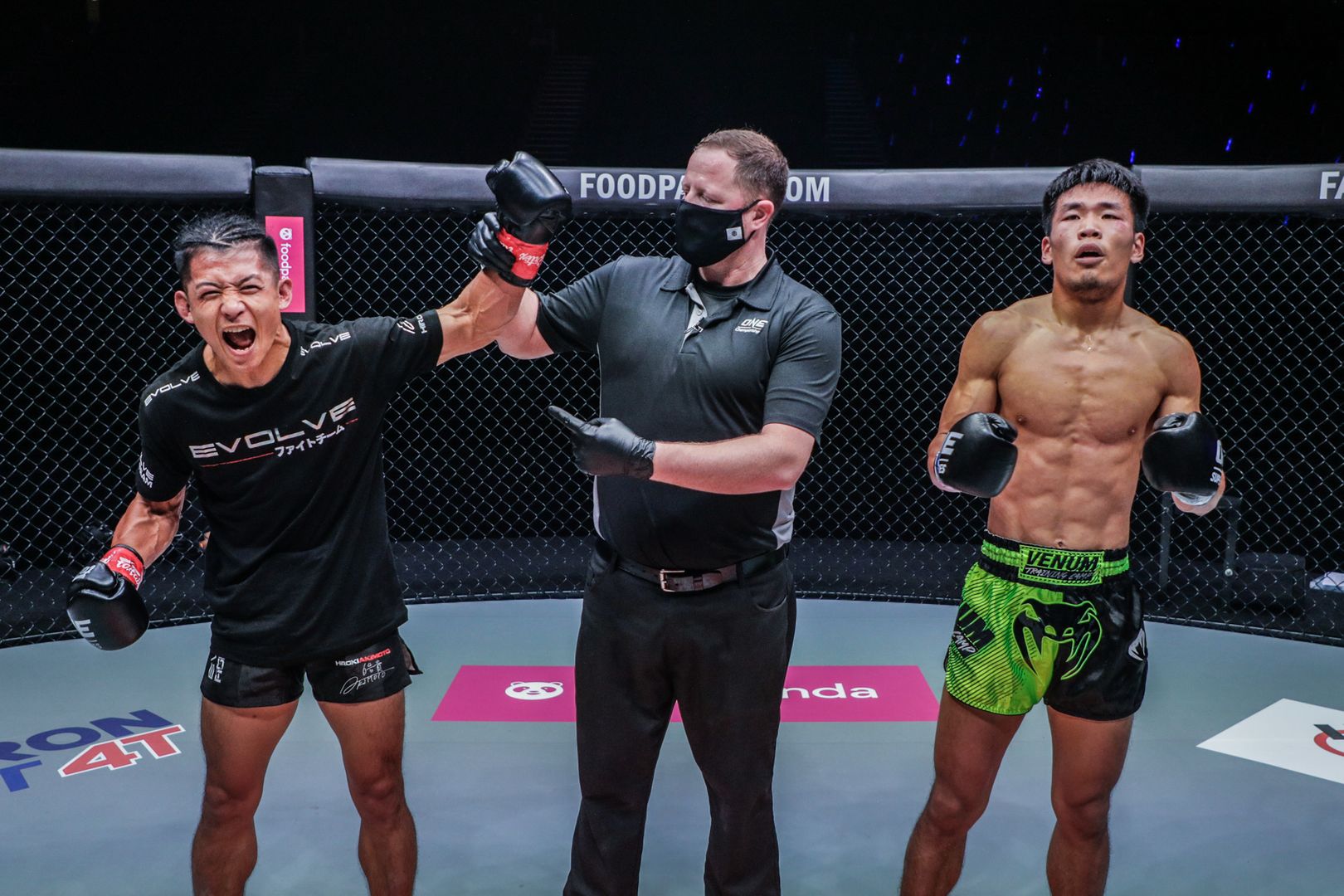