After her momentum was derailed last time out, Ritu “The Indian Tigress” Phogat wants to regain her status among the top atomweights in the world by overcoming another tough test at ONE: BATTLEGROUND.

The Indian mixed martial artist lost her spot in the ONE Women’s Atomweight World Grand Prix due to her loss against Bi “Killer Bee” Nguyen in May, but she hopes to reclaim it with a win over Chinese standout “MMA Sister” Lin Heqin in Singapore this Friday, 30 July.

Phogat, who won her first four MMA bouts before falling to “Killer Bee,” has taken lessons from the closely contested three-round clash, and she is moving forward with added knowledge and extra motivation.

“I have left it behind me, and now I am focused on my next match. I am in a positive state of mind, and I want to win this one to get back to winning ways,” the Indian athlete says.

“After winning the fight against Lin, I will prove myself and that I deserve to be in the Grand Prix. I am ready for any test, and if I have to beat anyone, I will succeed.”

Along with her own takeaways from the battle with Nguyen, “The Indian Tigress” has the support of her father and wrestling coach, Mahavir Singh Phogat. Over the past two months, he’s helped his daughter gain perspective while encouraging her to regroup for the next challenge.

“[My father] motivates me a lot. Whenever I am down, I talk to him,” the Indian fighter says.

“He told me that life is a war, you win some and you lose some. [He said,] ‘Forget about this match and make sure that whatever shortcomings you had, you do not repeat them again. Learn from your loss and move on.’” 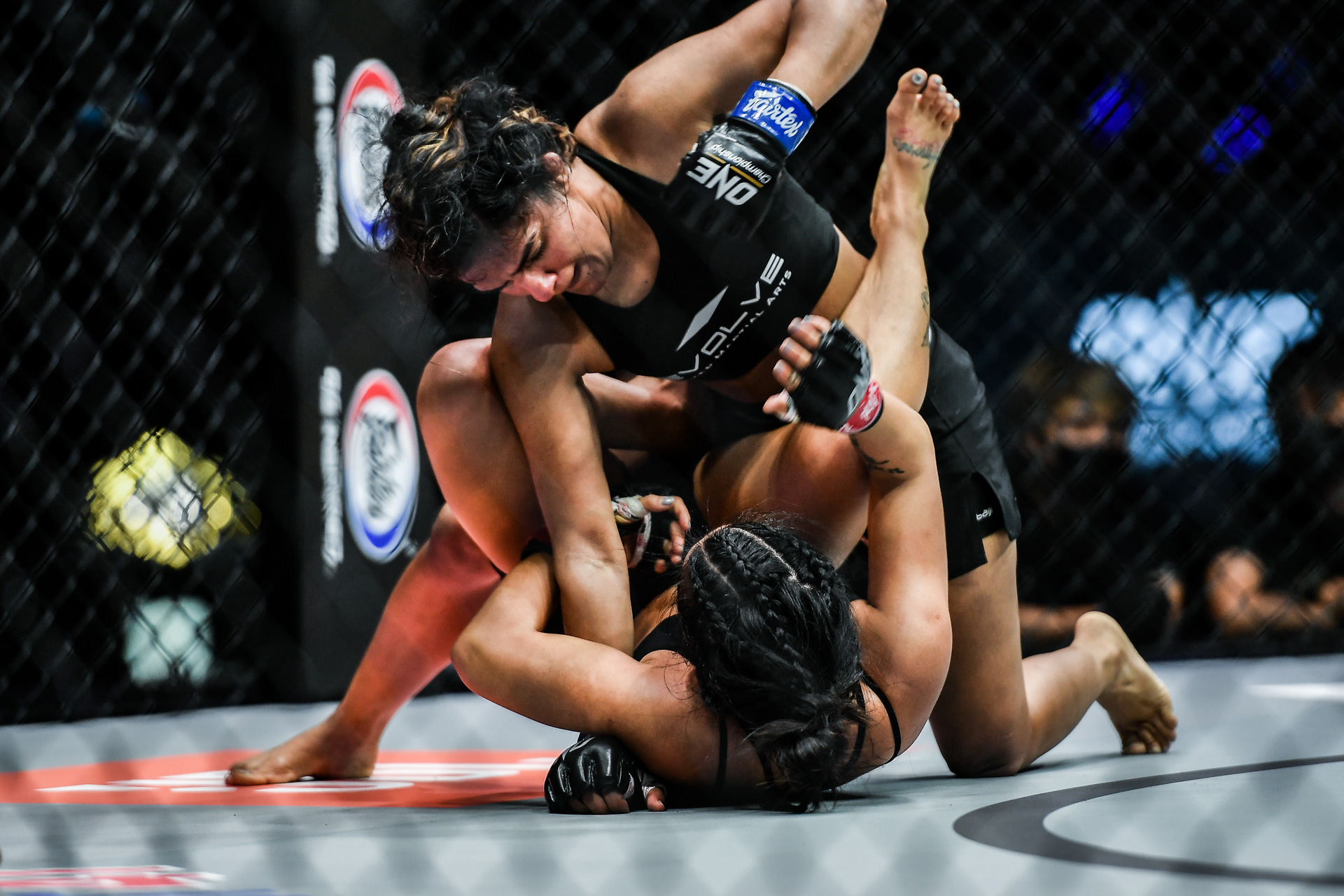 Phogat will need every bit of inspiration she can get for the difficult task ahead of her.

China’s Lin brings an impeccable 14-2-1 record to the Circle, including an impressive 11-fight winning streak. She’s also competed in over three times more professional bouts than “The Indian Tigress,” who stands at 4-1 in her burgeoning mixed martial arts career.

Still, Phogat is unfazed by the matchup on paper. She prefers to focus on her own preparations alongside world-class training partners and coaches at Evolve MMA in Singapore.

“[Lin] is very good, a fantastic athlete. She is far more experienced than me. I have to be ready and fully prepared to face her,” she offers.

“I don’t put too much pressure on myself. I have full confidence in my training and coaches. Before my match, I think about my hard work in the fight camp and wish to give 110 percent inside the ring.”

One of the most interesting facets of Friday’s contest is the stylistic clash between Phogat’s high-level grappling and Lin’s striking expertise.

While the Commonwealth Wrestling Gold Medalist dragged Nguyen to the canvas for prolonged periods in their matchup, “Killer Bee’s” stand-up repertoire caused problems.

However, “The Indian Tigress” insists she is not thinking too much about Lin’s offensive tactics. Instead, she is putting most of her energy into making her own game plan as formidable as possible.

“Every athlete has her own strengths and weaknesses. The same goes for me,” Phogat says.

“When I step into the ring, I don’t bother about my opponent’s background, whether they are a World Champion or more experienced. I am solely focused on my fight.”

Despite her recent stumble or any perceived disadvantages against Lin, Phogat has not lost faith in her abilities.

She promises to bring her best on Friday night, inspire her supportive fans, and kick-start a run toward the ONE Women’s Atomweight World Title.

“I want to tell all my fans that I am nothing without you. Keep showering your love and support. One day, I will prove that I am the best fighter in the world,” Phogat says.

“You learn from your experience, and for this match, my focus will be not leaving anything till the end. My game plan is to finish as soon as possible. I want to showcase new techniques and finish the match early.”