Agilan “Alligator” Thani experienced some tough luck in his hometown of Kuala Lumpur, Malaysia over the past year and a half, but he just turned everything around with an electrifying performance.

This past Friday, 6 December, the local hero edged out the previously undefeated Dante Schiro via split decision at ONE: MARK OF GREATNESS.

The 24-year-old attacked the American with strikes and takedowns from the opening bell, and the two proceeded to engage in a thrilling back-and-forth welterweight battle for 15 minutes. In the end, Thani ruined his spotless record and left the Axiata Arena with his hand raised.

It has been a whirlwind 2019 for the Malaysian. After recovering from back surgery, he kicked the year off by toppling the legendary Yoshihiro “Sexy Yama” Akiyama via unanimous decision in June.

Although he fell to Japanese icon Yushin “Thunder” Okami via split decision in October, the “Alligator” closed the year in style and he is ready to start 2020 on solid footing.

Now, just a few days removed from his 11th professional mixed martial arts victory, Thani talks about his electrifying performance, what he has learned in 2019, and his plans for the future.

ONE Championship: You defeated Dante Schiro via split decision at ONE: MARK OF GREATNESS. How do you feel about your performance?

Agilan Thani: It was supposed to be a fight that I wanted to dominate from start to finish, but I did not manage to do it. I was a bit sloppy here and there, and I rushed too much. But it is okay.

I learn new things every time, and I picked up something new from this fight too. I’ve got a lot of things to work on, as usual. I realized that I am giving my back away too easily, and this is something I really need to change moving forward.

ONE: What do you think was the deciding factor in this bout?

AT: The only way I won was through my takedowns, for sure. But he did a lot of damage from the bottom. In the stand-up exchanges, I landed punches — and I even wobbled him with an elbow once. Other than that, he landed good shots, too. So, in a way, the fight was even, and the decision was a fair one.

ONE: Did you feel that you improved on any weaknesses you discovered from your previous bout against Yushin Okami?

AT: It was pretty much the same thing. One thing is obvious — since the day I signed [to ONE], the division has gotten stronger, which in turn has revealed all my holes. Right now, I have to get back in the gym and work on many things to improve my overall skill set, so I can become a champion in the years to come. ONE: In general, what was your game plan throughout the three rounds?

AT: Round one and two were all about me being myself — going for the takedowns and mixing it up with my striking. In the third round, Coco (Conrado Furlan) told me no more takedowns. He advised me to get in the clinch, smother him, and put pressure here and there by throwing punches.

I was a bit sloppy in the third round. [Schiro] caught me with two knees — one on the chest and one on my face. I’ve watched the fight and realized where I made the mistake. I have got a tough head. I might have a tear on my face, but I’ll stand in front of my opponent and strike with him. It was a good fight in the final round, a really good one.

ONE: The past two times you competed in Kuala Lumpur, you lost. What does it mean to you to win again in your hometown?

AT: I’m going to be honest — I had a really big phobia fighting here because I lost my last two matches. I was nervous, but I kept my cool. The moment I saw the stadium fully packed, I could hear everyone cheering very loudly. In short, it feels good to win in Kuala Lumpur again. ONE: With 2019 winding down, how would you describe your year?

AT: I think 2019 was very good. [I came back] from back surgery and won two fights. I don’t have any easy fights anymore — I battled against former champions, current champions, and dangerous newcomers. 2019 was a great experience. It feels so good that it turned out like this.

ONE: Did you achieve your personal goal this year?

AT: I think I exceeded it in terms of the amount of fights. My goal was to fight two times, and I fought three times. Now, I want to go home and rest so I don’t re-injure [myself] and injure other stuff as well.

ONE: What is the biggest lesson you have learned in 2019?

AT: That being a professional is not only about fighting consistently and winning fights, but it is about looking after yourself too. It also taught me that there are going to be big fights and that I have to perform in those huge fights. 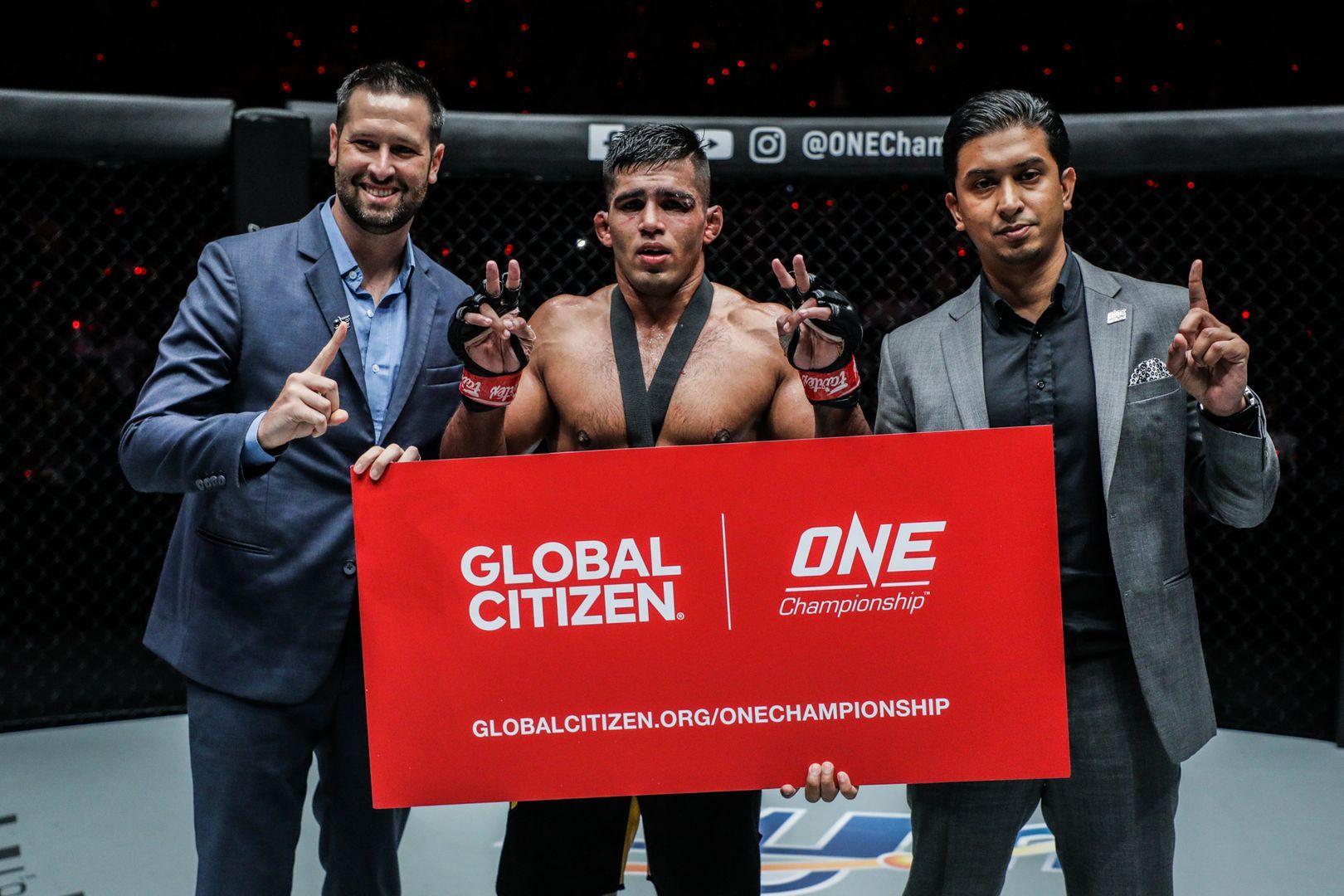 ONE: Have you thought about who you want to face next? What’s the plan?

AT: First, I need to rest. After that, I want to work on every skill and aspect of the sport. Then, I want to come back and fight the top guys in my division.

Read more: The Heroes Of ONE: MARK OF GREATNESS React On Social Media