Adrian “Papua Badboy” Mattheis may be on the first losing streak of his professional career, but he is preparing for his biggest challenge to date, and believes he can turn his luck around.

The Indonesian will meet former ONE Strawweight World Champion Dejdamrong Sor Amnuaysirichoke at ONE: DYNASTY OF HEROES on Friday, 26 May, live from the Singapore Indoor Stadium. The event takes place just two weeks after Mattheis’ 24th birthday.

While both martial artists are currently riding two-fight skids, it is Mattheis who feels like he is the dark horse entering this contest. But also, he feels he can pull off the victory.

“This is an honor for me [to face a former World Champion in Amnuaysirichoke],” he says, following a three-hour morning workout at Tiger Shark Fighting Academy in Jakarta. “I am the underdog going into this, so in a way there is no pressure. I am not worried.” 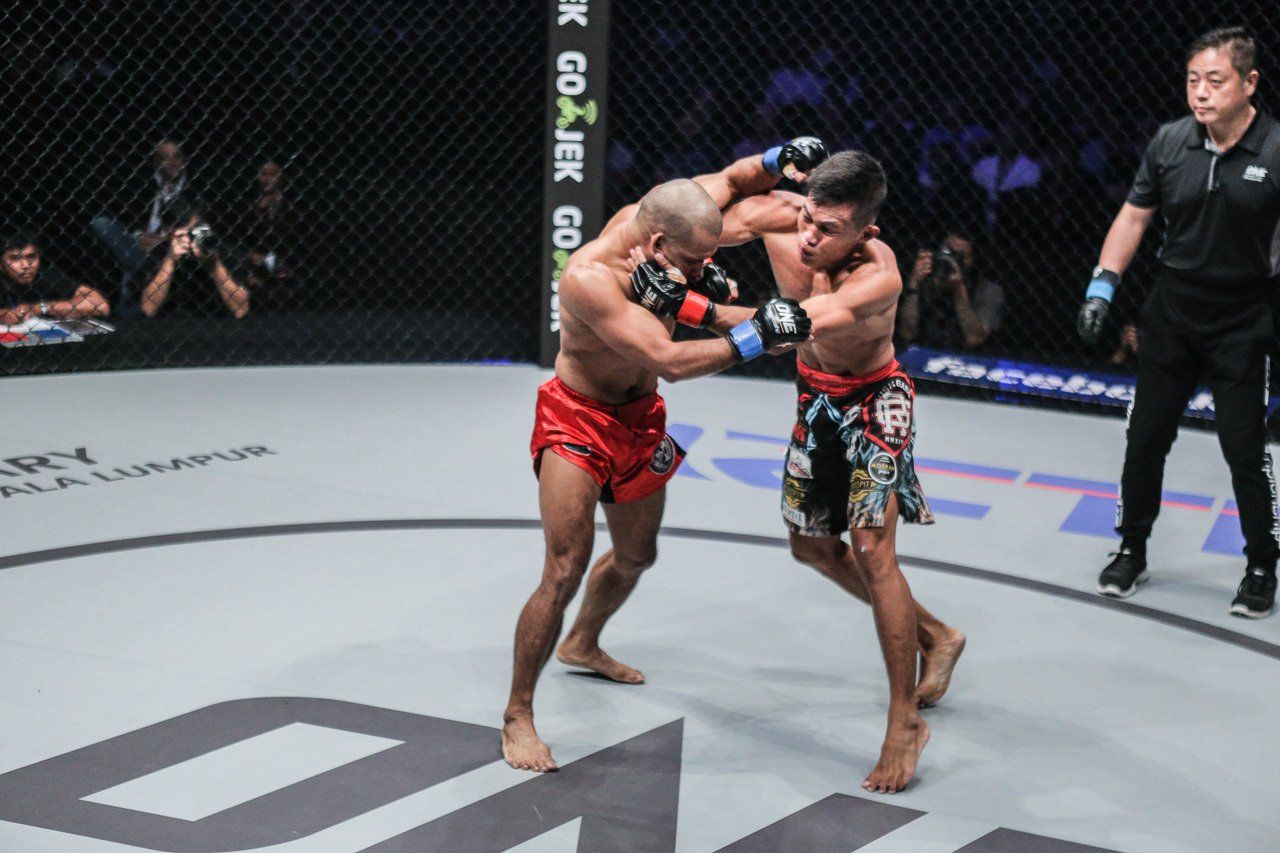 The question will be whether Mattheis, who holds a 3-3 record, can handle the bright lights and the crowd at ONE Championship’s home base in Singapore. Nerves can get to the young Papuan, so his coach, former ONE welterweight competitor Zuli “The Shark” Silawanto, is throwing his prodigy into the deep end. He is leaving to Mattheis to either sink or swim.

“I tell him to control his feelings, to focus on his technique and his conditioning,” Silawanto explains. “That is what he can control. He cannot control the crowd.”

After all, failure to focus comes with a price. Mattheis, the ONE Strawweight Indonesia Tournament Champion, took on Thai wrestling champion Kritsada “Dream Man” Kongsrichai at ONE: WARRIOR KINGDOM in March. “Papua Badboy” started strong, landing a series of heavy blows that unsettled Kongsrichai on his home turf in Bangkok. 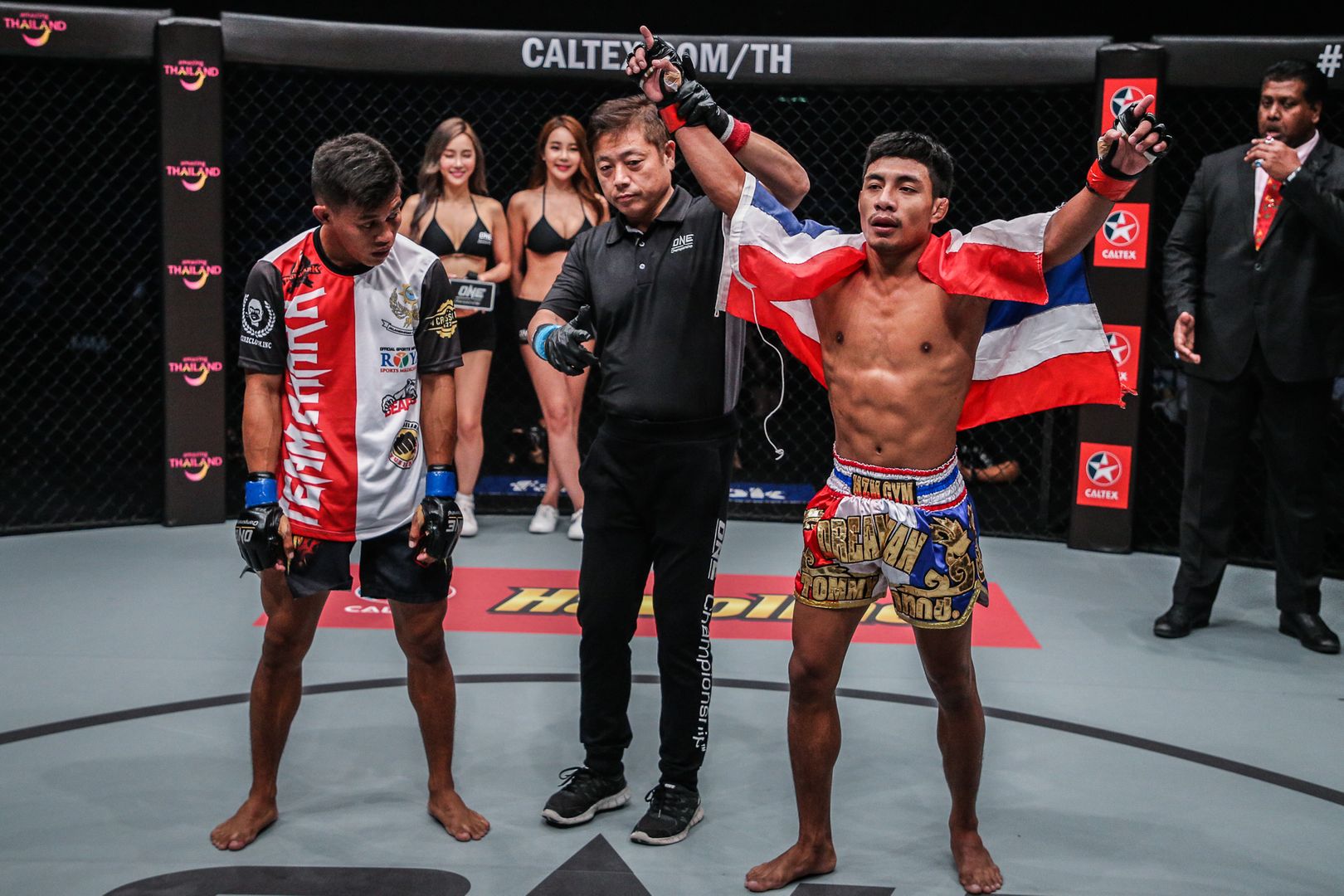 However, the Thai quickly regained his composure, and soon had Mattheis on the canvas before landing a barrage of elbows. The referee called the contest less than three minutes into the first round.

That loss followed a bitter disappointment two months earlier. In January, Mattheis took on Rene “The Challenger” Catalan at ONE: QUEST FOR POWER in front of his countrymen at the Jakarta Convention Center. It was a match he badly wanted to win. The home crowd was on its feet when he made his way to the cage.

Eventually, it was all too much. The roar of the fans, who were cheering on Mattheis, had the opposite effect. It distracted him from his game plan. Coach Zuli yelled instructions, but they fell on deaf ears. The local hero tapped out shortly into the second round via armbar, losing his first match in the organization.

So, that begs the question, is there a chance the Indonesian is jumping back into the cage too soon? Mattheis does not think so. 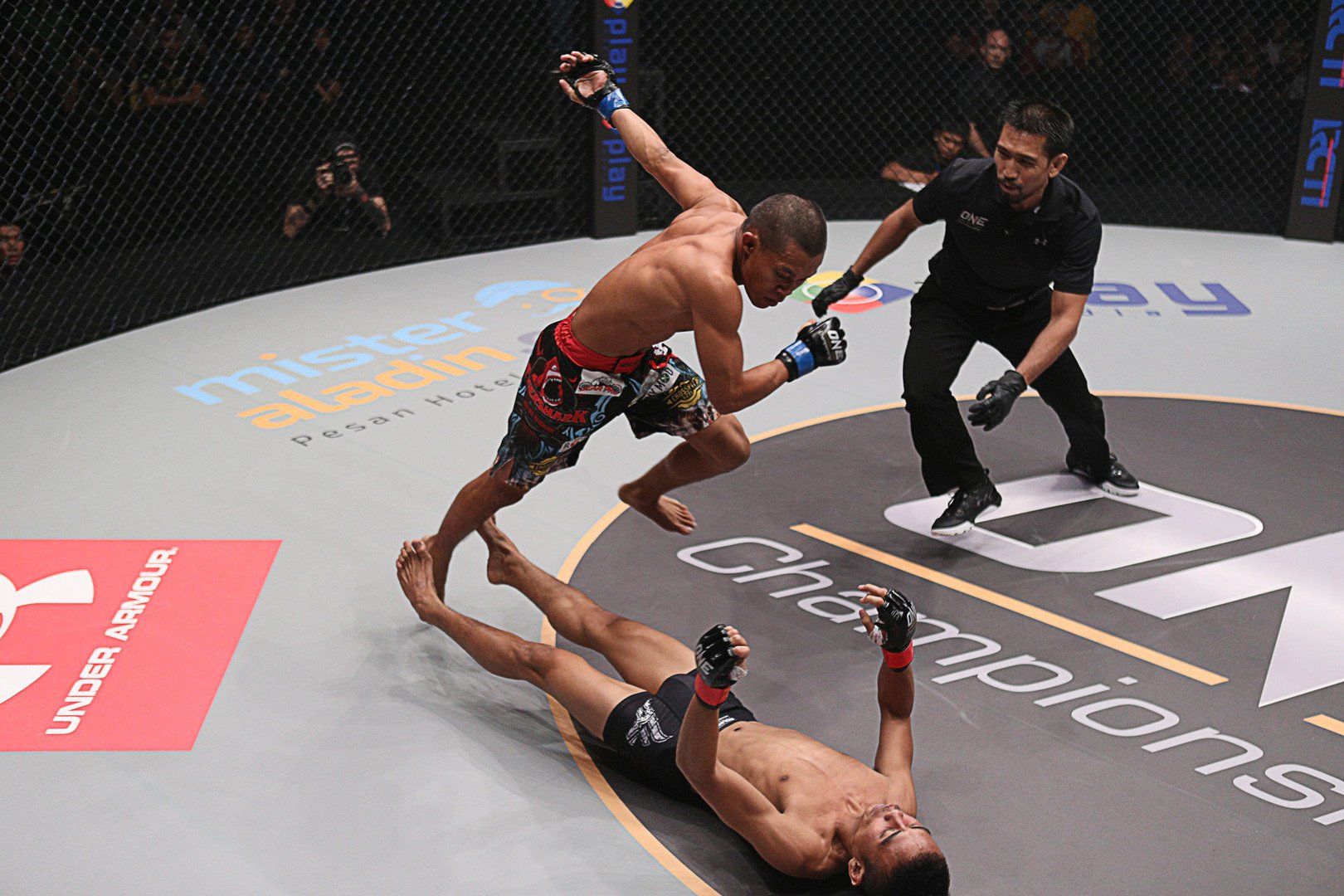 To prepare, Mattheis has completely thrown himself into his training. The Yusikaindo warrior recently spent two weeks working intensively on his Muay Thai at Daily Gym in Seminyak, Bali. He expects to hold his own against Evolve MMA’s Amnuaysirichoke, a three-time Lumpinee World Champion who successfully transitioned into mixed martial arts in June 2014, and captured the inaugural ONE Strawweight World Championship eleven months later.

Like Mattheis, the Thai recently experienced back-to-back loses — the first where he surrendered the title to current champ Yoshitaka “Nobita” Naito in May 2016, and to former number one contender Joshua Pacio at ONE: WARRIOR KINGDOM in March – with both losses taking place in Thailand.

Though Amnuaysirichoke holds a distinct advantage in experience, Mattheis expects not to be overmatched, and eventually, bring the fight to the mat. That is where the young Indonesian feels he will have his chance.

“Dejdamrong’s strength is Muay Thai. My focus will be on grappling,” says the Jakarta native. What’s more, he understands that he also needs to ignore the roar of the crowd. “I still get nervous. I need to be more focused and more technical. The sound of the crowd is disturbing.”

That is something Coach Zuli is helping his protege overcome. Silawanto believes Mattheis can score a moral win if he can “balance” out the contest, ignore the static, and take command of the cage.

“I want him to be a champion,” the coach explains, “But first, he must prove himself in front of a crowd.”