Victoria “The Prodigy” Lee is ready for her big moment.

This Friday, 26 February, the 16-year-old Singaporean-American sensation will have the world’s attention when she makes her promotional debut against Thai rising star Sunisa “Thunderstorm” Srisen in an atomweight mixed martial arts fight at ONE: FISTS OF FURY.

For her part, the teenage star can’t wait to begin her mixed martial arts journey on the global stage at the Singapore Indoor Stadium.

“I am super excited to be the opening match for this stacked card. There’s so many high-class athletes on this card,” Lee says.

“Leading up to this match, my brother and sister have really helped me because they were doing this before me, competing at a young age. They’ve offered me so much helpful advice to breathe and just deal with the pressure and have fun with it.”

Lee has trained under the tutelage of her father, Ken, and her ONE World Title-winning older siblings for many years at United MMA, and she has dominated many martial arts competitions during that time.

Now, she is fully focused on her first professional mixed arts matchup.

“It’s similar to training for any other competition because we train hard all the time,” Lee offers.

“However, for this official fight camp, we’re able to strategize and have more of a game plan because we have a specific opponent we can strategize against using her strengths and weaknesses.”

There’s no doubt that Srisen will present challenges for Lee.

The 20-year-old Chonburi resident is a Thai Judo Champion who owns a 4-1 professional record. Most recently, she used her heavy punches, leg kicks, and grappling defense to shut down star compatriot Rika “Tiny Doll” Ishige en route to a unanimous decision win.

That impressive victory – along with her previous bouts – gave Lee a glimpse into Srisen’s skill set. At the same time, the teenager identified holes that she believes can be exploited.

“I’ve watched her amateur and professional fights. She’s had two matches in ONE against Rika and Stamp Fairtex. From her fights, she’s a very tough opponent,” Lee offers.

“She’s an aggressive striker, and I would say her main strength is her strong judo base. Her weakness, I believe, is that she hasn’t trained in mixed martial arts as a whole as much, and that is where I will have the advantage.” 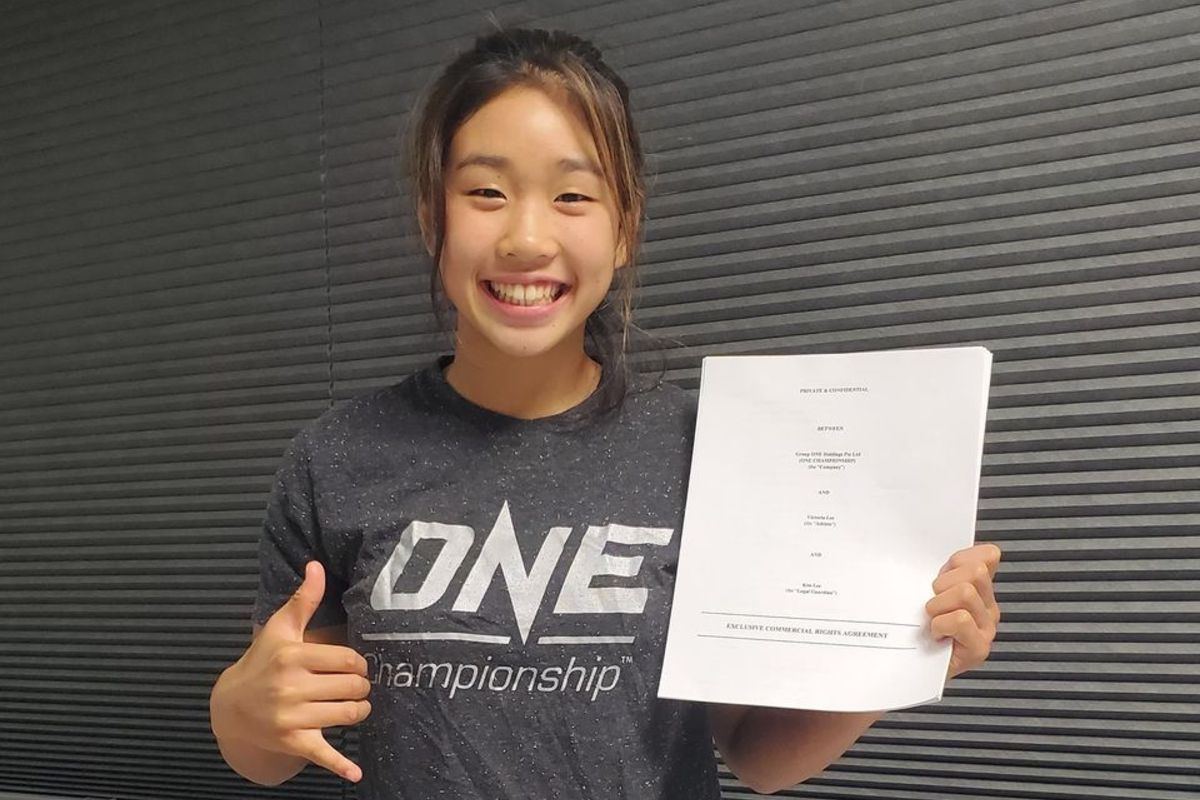 Unlike Srisen, that all-around training has been ingrained in Lee ever since she first stepped onto the mats in her early childhood.

“The Prodigy” has grown accustomed to blending various disciplines together, and she believes that moving seamlessly from striking to grappling to submission skills will be crucial to her success against Srisen.

“We’re competing in mixed martial arts. There’s so many different variables, and it’s in the transitions that will really make the match,” Lee says.

“I think that this is going to be a fast-paced match. We’re both aggressive fighters, and I predict that it will end with a first-round submission.”

Despite her bold proclamation, Lee is not putting the proverbial cart before the horse. She knows this is just the first match in her long career and views it as a learning experience to strengthen herself for the future.

“I’m just trying to train hard every day and improve myself as an athlete and as a martial artist,” she says.