Sunisa “Thunderstorm” Srisen wants to become the ONE Women’s Atomweight World Champion one day, and she’ll have an opportunity to grab the reigning queen’s attention on Friday, 26 February.

That evening, the Thai rising star is scheduled to welcome Singaporean-American teenage sensation Victoria “The Prodigy” Lee to the Circle at ONE: FISTS OF FURY. 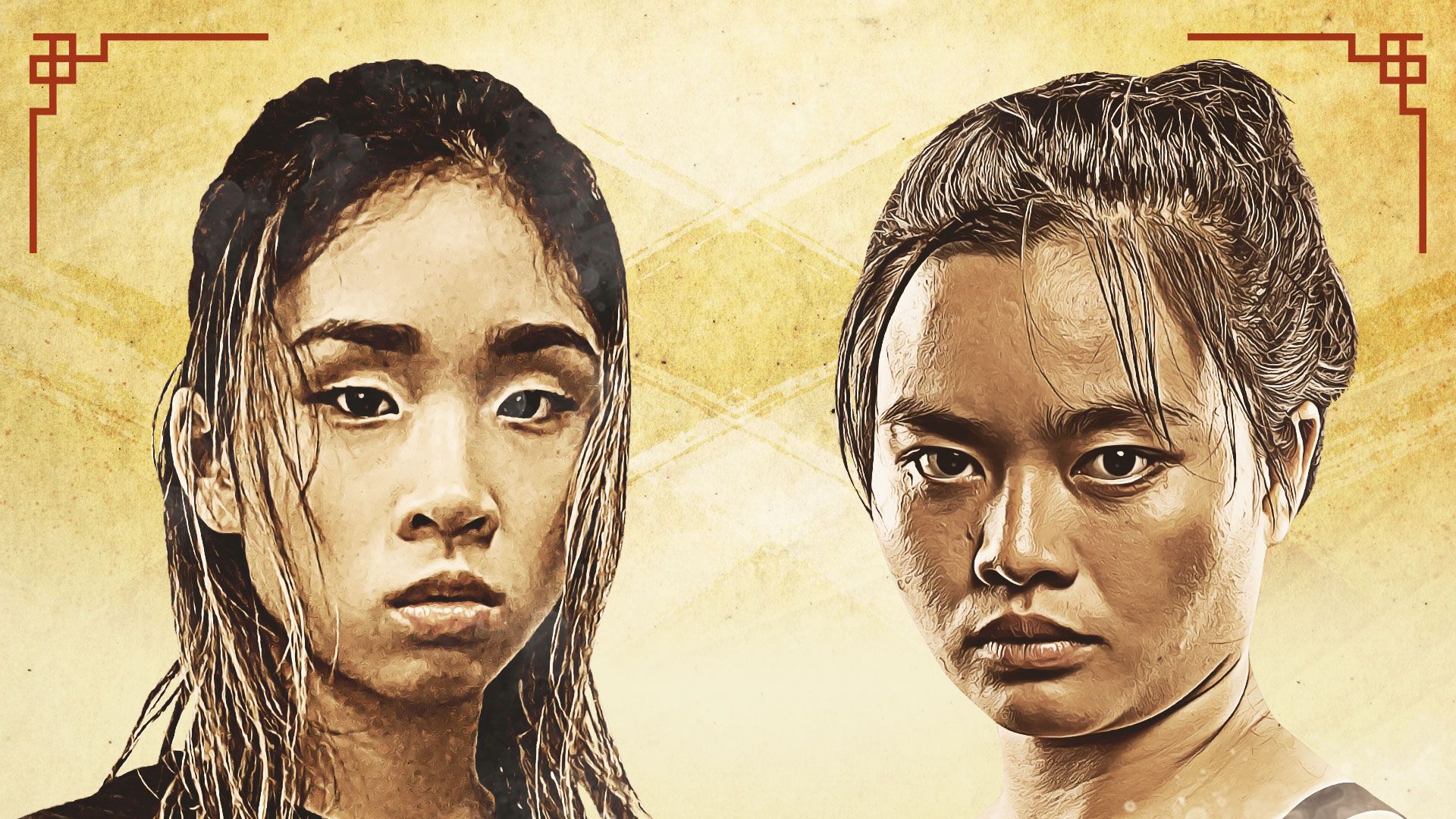 Although Lee is just 16 years old, she comes from a highly decorated background.

The ONE Championship debutant is a two-time Pankration World Champion, a 2020 Hawaii State Wrestling Champion, and a 15-time NAGA Expert Champion. What’s more, she has trained in various martial arts since she was very young.

Facing a true prodigy would intimidate most athletes, but Srisen is not shaken. “Thunderstorm” has been polishing her own skills at Mister Kok Gym and feels fully prepared for battle.

“I’ve been training since the new year, never taking a break for even one day. While people hang out, I’m still on the mat,” the 20-year-old Chonburi resident says.

“I know that I have a fight coming up with Victoria, but I’m not scared or panicking about it. I train so hard, and I am ready to fight anyone.” 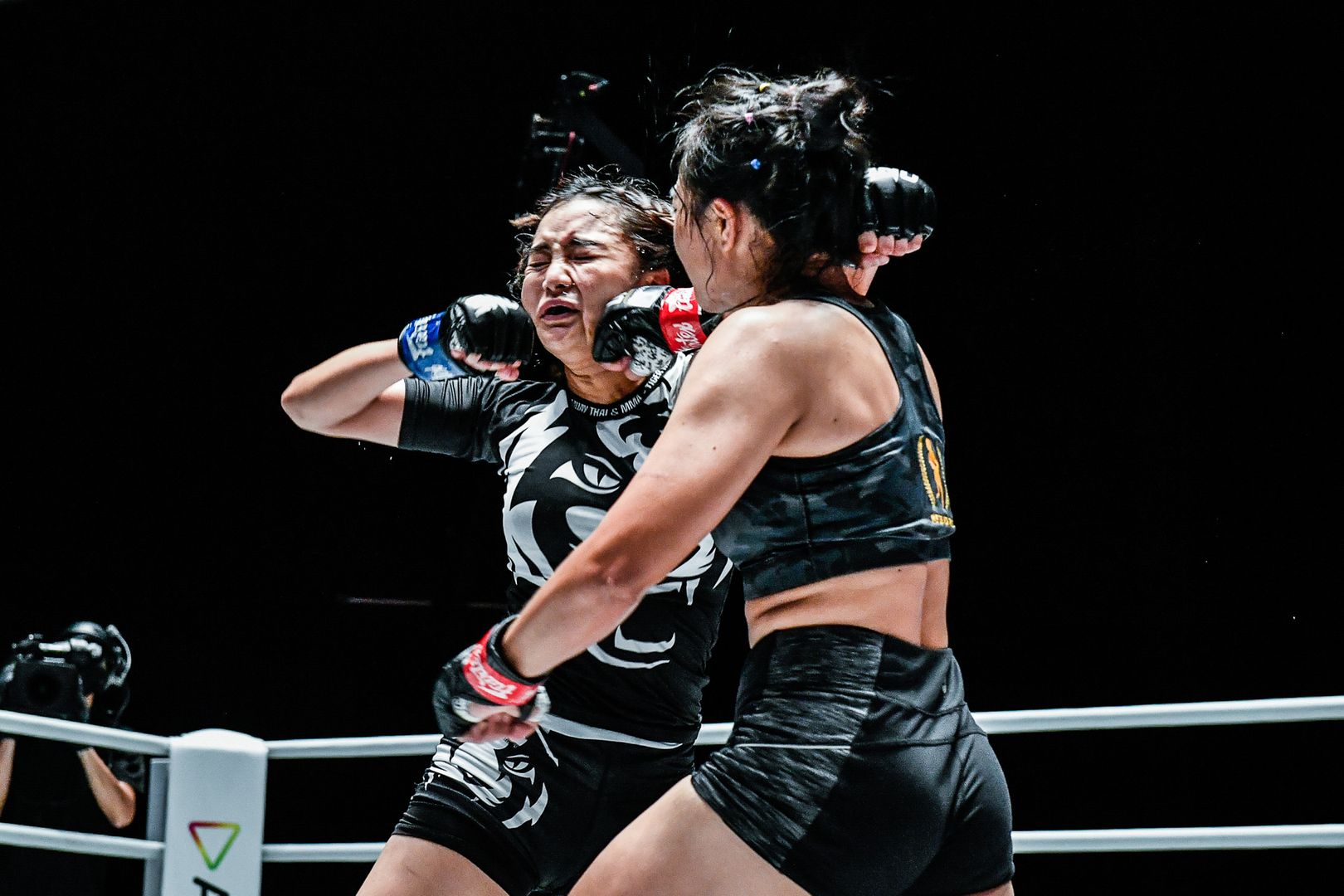 This isn’t the first time Srisen has stepped into the Circle against a well-known opponent.

For 15 minutes, Srisen used her improved stand-up arsenal to outstrike Ishige and found a way to negate her compatriot’s takedown attempts, which ultimately sealed a unanimous decision victory.

It was an impressive first win in ONE Championship, but “Thunderstorm” knew there was still plenty of work to be done.

“After I fought with Rika, my coach realized that I still have some weak points in my ground game,” Srisen says. “So he trained me more in BJJ and all techniques with grappling and submissions – especially the rear-naked choke to make my body remember how to react quickly.”

All of those athletes have flawlessly adapted their submission skills to mixed martial arts, and many pundits believe that Victoria will follow in their footsteps.

That will make her a very tough matchup for Srisen – one that is also difficult to prepare for due to a lack of available footage.

To compensate, the Thai has been using Victoria’s older sister as a guide.

“I couldn’t find her previous video fights that much, so I studied Angela Lee instead,” Srisen says. “I think they both would have similar training and style – good at both striking and the ground game. She also has a karate base, too.”

In addition to her grappling and submission defense, Srisen’s team at Mister Kok Gym has provided the fighter with some new training techniques that could pay dividends now and in the future.

“My coach put me on the mat with some men who are sumo wrestlers – and some are heavier than 100 kilograms,” she says.

“Also, I have a new weight training coach. He is from Iceland and he helps me to build stronger muscles. Then I also have a sports scientist who takes care of my nutrition.”

Everything seems to be coming together for Srisen as she aims to spoil Lee’s coming-out party at ONE: FISTS OF FURY.

The Thai has a complete team behind her, she is motivated to ruin another star’s big moment, and she knows that a victory could be a life-changing event.

“I can say that I am more than ready for this fight,” Srisen offers. “Victoria, please prepare well. I will take away the win from you and take it back to my home country.”