Undefeated ONE Middleweight World Champion Vitaly Bigdash is built like a movie star. At a strapping 184cm tall, the athlete has the enviable physique of an elite sportsman with chiseled abs, broad shoulders, and virtually no fat.

The 32-year-old owes his body to years of martial arts training: he took up karate when he was just 6 years old, later moving on to Muay Thai and mixed martial arts. To sculpt a body that both looks and performs at the highest level, the Russian follows a strict regimen.

As Bigdash gets in prime physical shape for his huge title defense rematch against Aung La N Sang at ONE: LIGHT OF A NATION on 30 June, he shares his secrets. 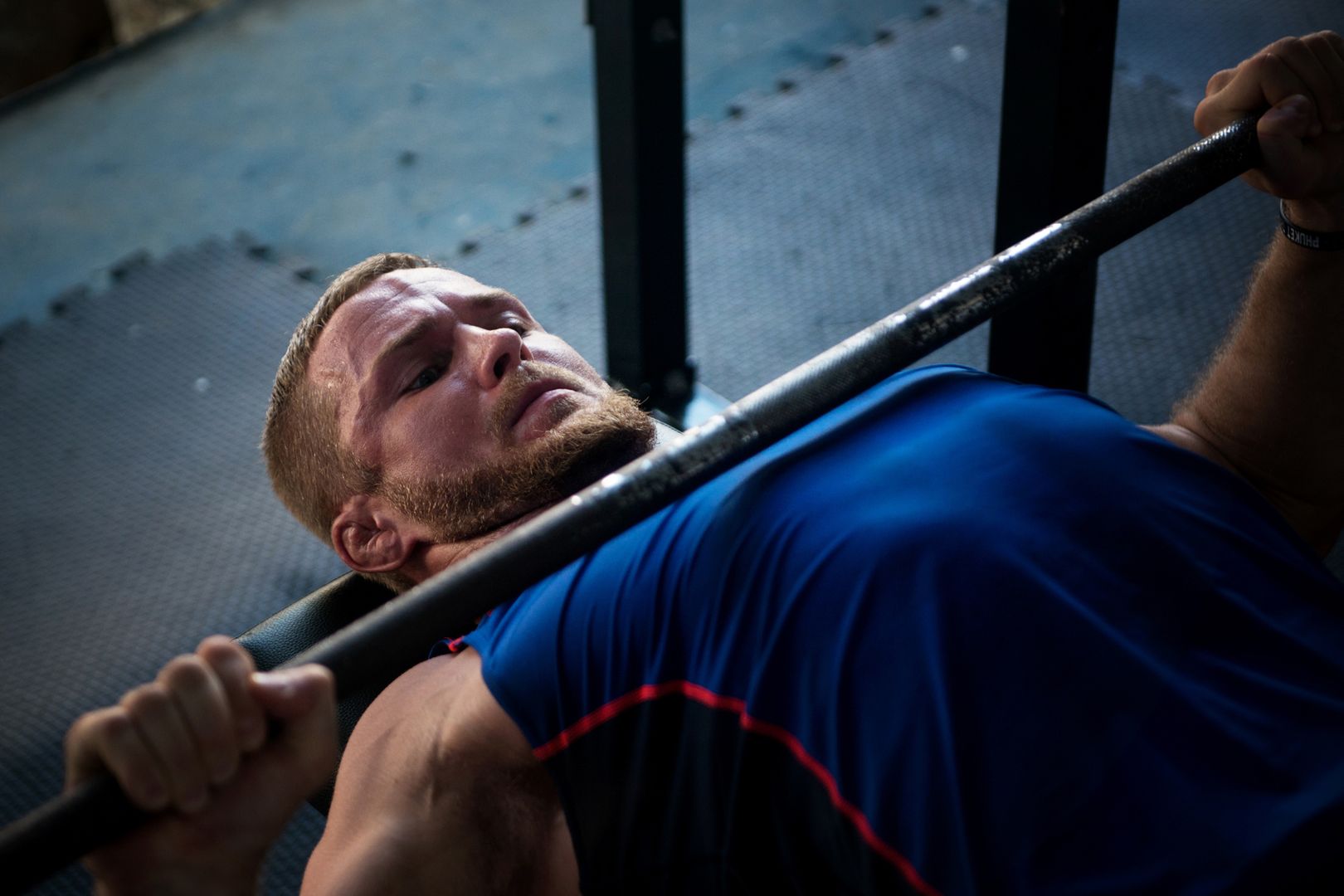 “I used to be a pure striker – fast and explosive, but not physically strong,” Bigdash confesses. “When I was 19, a friend introduced me to wrestling, which I loved. To my shame, it turned out I was not strong enough.”

That motivated the future champion to hit the gym. To build up strength, he recommends doing barbell exercises such as squats, deadlifts, bench presses, and the overhead press. Besides building strength, other benefits include increasing bone density, speeding up metabolism, and changing your body composition to less fat and more muscle.

He has his secret methods of training that are different from what normal bodybuilders do, but generally advises to go heavier with less repetitions.

“Do three sets of five repetitions,” he recommends. “I squat a maximum 140kg and bench press about 120kg. For what I do, it is enough.”

There is a lot more to staying fit than lifting heavy weights. In fact, the champ is quick to point out that “men often concentrate on weight training too much and neglect cardio, but you cannot have a solid fitness plan without cardio exercises.”

Cardiovascular exercises, such as skipping, running, or biking, elevates the heart rate, increases blood circulation, and improves lung capacity. Whichever workout you pick, you will burn lots of calories, and that helps in weight loss.

For Bigdash, his favorite cardio exercise is biking. “You can use a machine at the gym, though you are better off training outside,” he says. Follow the champion’s example and do this for at least three times a week.

He also shares that a great way to improve explosiveness and stamina is by doing a series of sprints. They can be long – up to one minute — or short, but very intense, lasting only 10 or 15 seconds.

“You have to give it all you’ve got. Start with 10 sprints, and then add one or two rounds each time, eventually going up to 30 or 40 sprints,” the champ suggests. 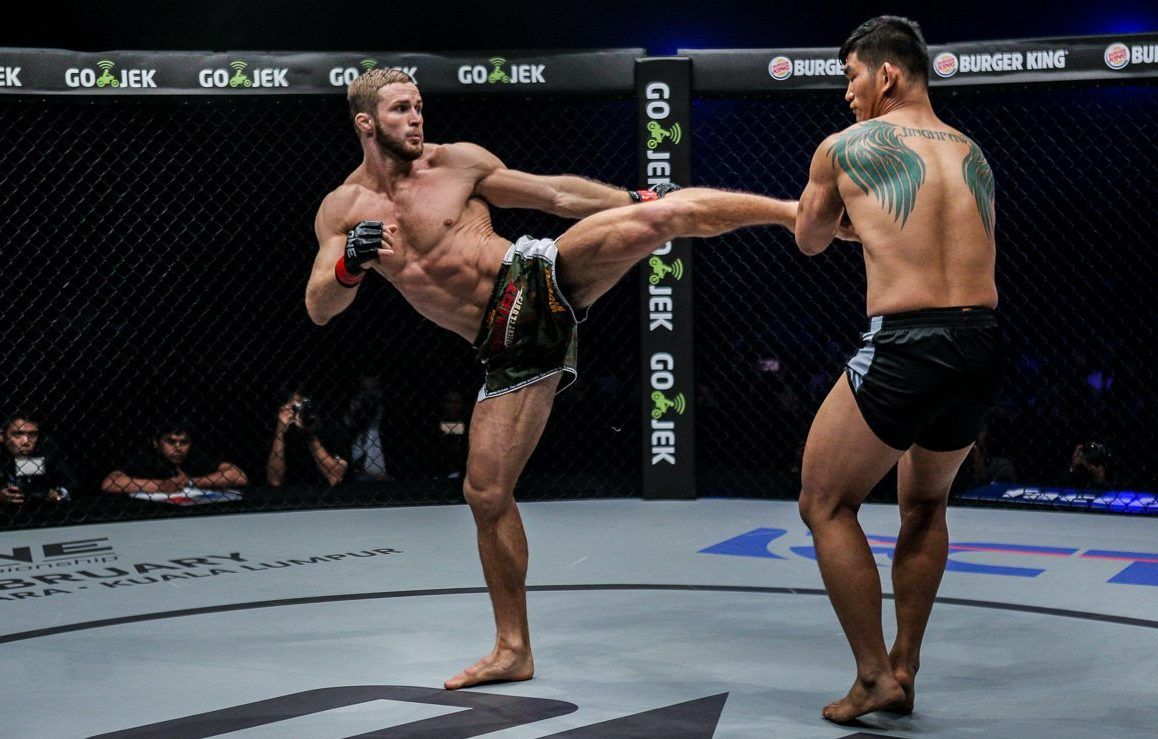 According to Bigdash, two fundamental aspects of a diet are food and supplements. “If you want to train like a professional, be ready to get out of your comfort zone, and push yourself physically and mentally,” he explains.

“My essential supplements for recovery are protein, creatine, and multi-vitamins. When I am in a fight camp, I add arginine and glutamine – amino acids used in the biosynthesis of proteins. They can minimize the breakdown of muscle tissue and improve protein metabolism.”

However, during the maintenance phase, his intake of supplements goes down. “At least add BCAAs and glutamine to your diet,” he urges. “These are essential amino acids, the building blocks of protein chains. They are what help build your muscle tissue.”

While supplements are great, the champion believes there is no true substitute to eating real food. That is what makes noticeable changes to the body.

“I cannot stress enough the importance of eating a simple diet full of natural food — complex carbs, vegetables and greens, and lean proteins.” He suggests eating complex carbs such as brown rice and oatmeal earlier in the day, and consuming more proteins later. 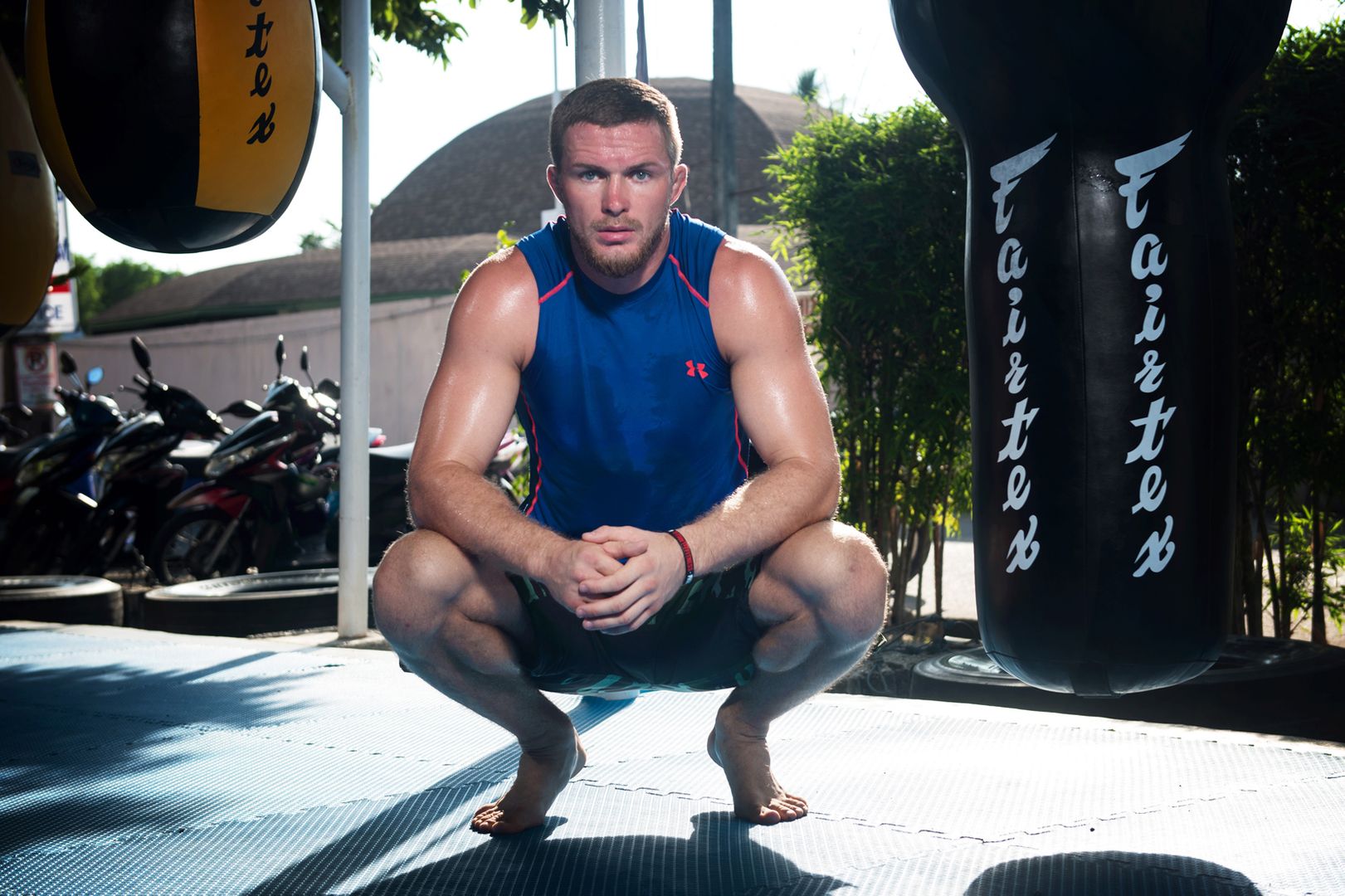 It might sound ironic, but relaxing Is a big part of training. As a true Russian, Bigdash prefers sauna, or banya, as it is called in his homeland. “Banya is a big part of Russian culture, but I am not a diehard fan who sits in the sauna for half an hour in one go,” he admits.

The champ goes to the sauna once a week, and always takes a contrast shower or jumps in a plunge pool of cold water. “It improves your blood circulation,” he explains. “During one session, I go into the sauna three or four times, jumping into the cold pool in between. It can be a Russian sauna, a hammam or a dry Finnish sauna — I do not really mind.”

At night, Bigdash considers massage and sleep perfect ways of restoring balance after sweating it out at the gym. “Make an appointment with your bed,” he says. Personally, he thrives off seven hours of sleep a night. Research shows that, as we sleep, our bodies produce growth hormone, which regenerates and rebuilds muscle. People who sleep less also often eat more.

As for Bigdash’s other secret for R&R, it is spending time with his one-year-old son. “My kid gives me so much positive energy and joy, I find it truly recuperating,” the happy father confesses. “He is one reason I am not abroad for this fight camp. The family gives me this positive emotional vibe that is better than any supplement.”