There are many great reasons why a parent should consider enrolling their teenagers in mixed martial arts classes.

After all, once kids leave their adolescent years the world becomes more difficult to navigate. So, it’s important for young people to occupy their time with fruitful endeavors such as mixed martial arts.

In fact, the sport can make such an impact that it could change how teenagers go through the rest of their lives.

Having said that, here are five benefits of mixed martial arts classes for teens.

Not all teenagers want to become ONE World Champions, but if they carry the confidence of one, it’ll benefit their everyday lives.

Mixed martial arts classes teach teenagers how to become confident in themselves because they’ll face situations in which they have to find solutions for, learning to have faith in their own potential.

Whether they decide to compete or not, they’ll learn how to combat life’s challenges both inside and outside of the gym.

Mixed martial arts programs also teach teenagers how to become more durable, which will help them when faced with life’s difficulties.

ONE Women’s Atomweight World Champion “Unstoppable” Angela Lee exemplified this after winning the strap when she was only 20 years old.

In her second World Title defense, she had to perform against a tough challenger while battling pneumonia. Despite feeling the effects of the illness, she still scored a submission win over Istela Nunes.

Teenagers must take care of themselves throughout their formative years, as social media, peer pressure, and bullying can affect them both mentally and physically.

As mixed martial artists, they’ll most likely study Muay Thai, kickboxing, and Brazilian Jiu-Jitsu. So, they’ll be developing their physical strength, which in turn will bolster their mental fortitude as well.

Because of this, they’ll stand up for what they believe in and not fold under the weight of being a teenager.

It’s no secret that mixed martial arts teaches children self-defense skills, but teenagers can also benefit from the art.

Mixed martial arts classes provide a safe environment where instructors can teach teenage students how to protect themselves if or when they run into trouble. They will learn how to recognize dangerous situations and exit them as safely as possible.

One of the best gifts a parent can give their teenage children is the ability to defend themselves, and mixed martial arts classes will do just that.

Younger brother to Angela, he made his pro debut at only 17 years old and underwent an incredible journey as he worked toward the ONE Lightweight World Championship. In fact, it took Lee over a dozen wins before he finally got his shot at the World Title, but all the while he continued to persevere.

And when then-20-year-old Lee finally beat Japanese legend Shinya “Tobikan Judan” Aoki for the belt, he became the youngest mixed martial artist to ever win a World Title. 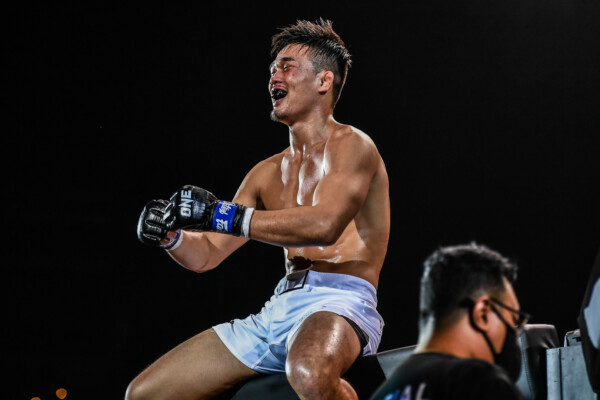