The Brazilian jiu-jitsu world champion already has a stellar grappling career under his BJJ black belt. On Saturday, 9 December, at the Impact Arena in Bangkok, Thailand, the man known as “Little Rock” challenges undefeated kingpin Yoshitaka “Nobita” Naito (12-0) for the title at ONE: WARRIORS OF THE WORLD.

Coming up is an epic clash between the world's best grapplers …

It has been a remarkable rise for Silva, who has surged into title contention off the back of five straight submission victories inside the ONE Championship cage.

After losing a decision to former flyweight world title contender Geje “Gravity” Eustaquio in his promotional debut five and a half years ago, the Brazilian hit top form.

First, he claimed a hat-trick of first-round submission victories over three Catalan brothers in successive contests. He then kicked off 2017 with another submission victory, as he finished former professional boxer and world title challenger Roy Doliguez via armbar.

Most recently, this past November, he handed fellow contender Hayato Suzuki his first career defeat in clinical fashion.

In a performance that made the martial arts world take notice, Silva took advantage of the Japanese Grachan Flyweight Champion’s first takedown attempt of the bout to showcase his elite-level grappling skills. He masterfully spun into an armbar to finish the bout in the blink of an eye, ending Suzuki’s undefeated streak just 82 seconds into the contest.

Silva modestly admitted he did not expect the finish to come so quickly, saying he expected the contest to go deeper into the later rounds before an opportunity to finish presented itself.

“I was prepared for everything. You never know what is going to happen,” he explained.

“I was just a little bit surprised that he went for the takedown at the very beginning of the match. I expected him to strike more, then maybe in the second or third round try to take me down. But that was good, I was expecting [the takedown].”

The buzz around Silva’s submission skills and Suzuki’s undefeated streak meant there was plenty of pre-bout talk suggesting the winner could be the next man in line to challenge for Naito’s ONE Strawweight World Title.

When the call came after the bout confirming that the next title shot was indeed his, “Little Rock” allowed himself a brief moment of elation before jumping back into training camp once again.

“I have worked hard for this opportunity, so I was very happy and excited,” he said. “I could not wait. I felt like I could go the same night. I was like, ‘Bring me this guy and I will go against him now!’”

Thankfully for Silva, he sustained no injuries in his match, and was able to be scheduled for the world title bout on 9 December, just a few short weeks following his victory over Suzuki.  It was an arrangement he was more than happy to agree to.

“Thanks to God, I was fine and was not injured, so I just took the moment and continued my training,” he explained. “Next, we will put on a show again on the 9th [of December].” 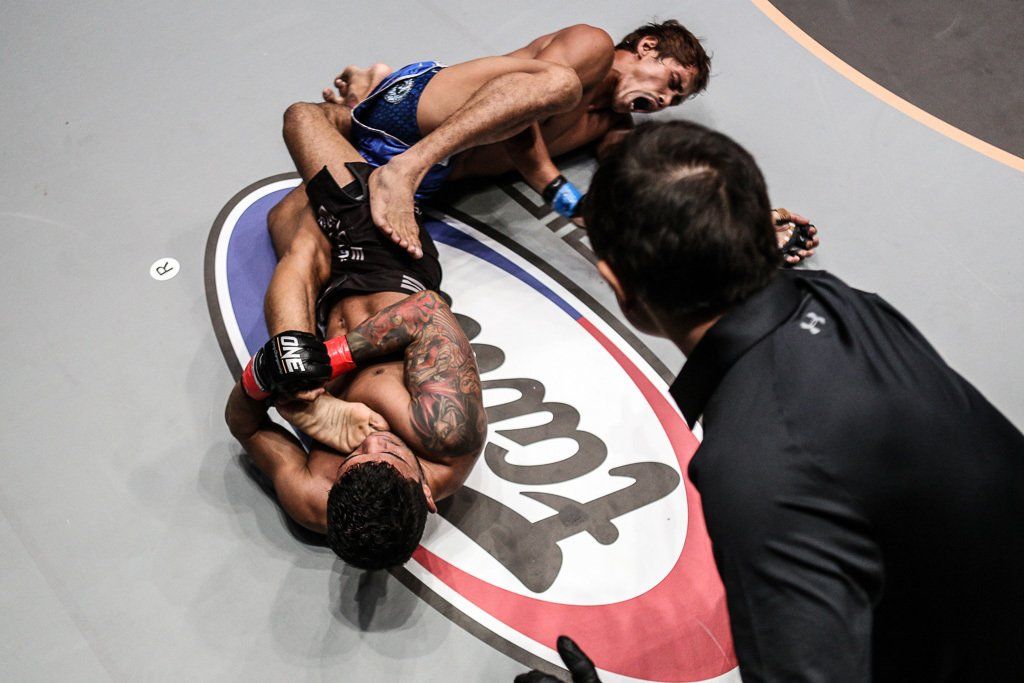 A second-degree black belt in Brazilian jiu-jitsu, Silva is well-versed in the art of preparing for competitions, having participated in grappling tournaments all throughout his life.

Now based in Singapore, where he trains and works as an instructor at Evolve MMA, Silva brings 15 years of competition experience into the cage. His trophy cabinet is home to several grappling titles he won back in Brazil, including the fabled Copa Do Mundo World Championship.

“Little Rock” admitted he has not changed his preparation much ahead of the biggest bout of his career, simply because he already covers all bases in his training camps.

“Pretty much, I will keep my camp the same as I did for Suzuki,” he detailed. “To tell the truth, I train everything every day anyway.  Every day grappling, every day striking, every day wrestling. That is how we train here at Evolve.”

The bout with Naito offers an fascinating dynamic, as the undefeated Chiba, Japan native is also a seasoned grappler, with half of his 12 career wins — including his last two outings — coming by way of submission.

While Silva is confident in his own world-class grappling skills, he respects Naito’s ground game, to the point that he may need to turn to his rarely-seen striking ability to help tip the balance in his favor.

“He is a champion, he is undefeated, and he is a grappler like me,” Silva explained. “I believe his weakness will be his striking and his strength is going to be his grappling. My strong side is my grappling too, but people have not seen my striking yet, so maybe that can be a good point for me.”

Ultimately, Silva believes the bout will be won and lost on the mat, and he is confident that his BJJ skills will take him to victory — and the ONE Strawweight World Title — on 9 December. 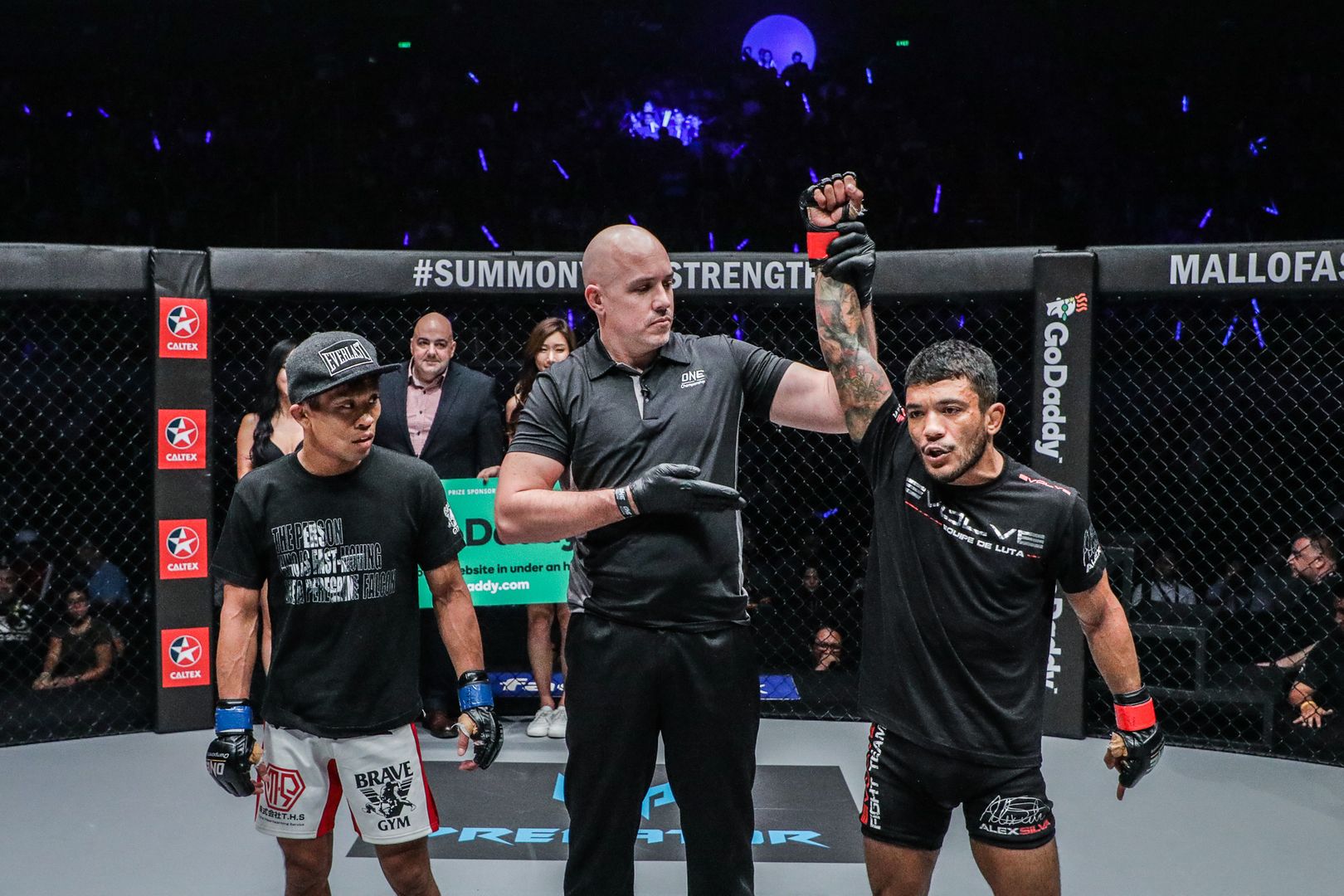 “Suzuki was a good grappler and deserved a lot of respect, but Naito will probably be the best grappler I have faced in the ONE Championship cage,” he admitted.

“Like I always say, I do my part of my job — I train every day — and then I put everything in God’s hands. God knows how it is gonna happen. I believe, and I am confident, that I can submit him and finish this match.”

Victory would cap a remarkable rise for the 35-year-old, who says capturing the ONE Strawweight World Championship would mean one simple thing to him: happiness. 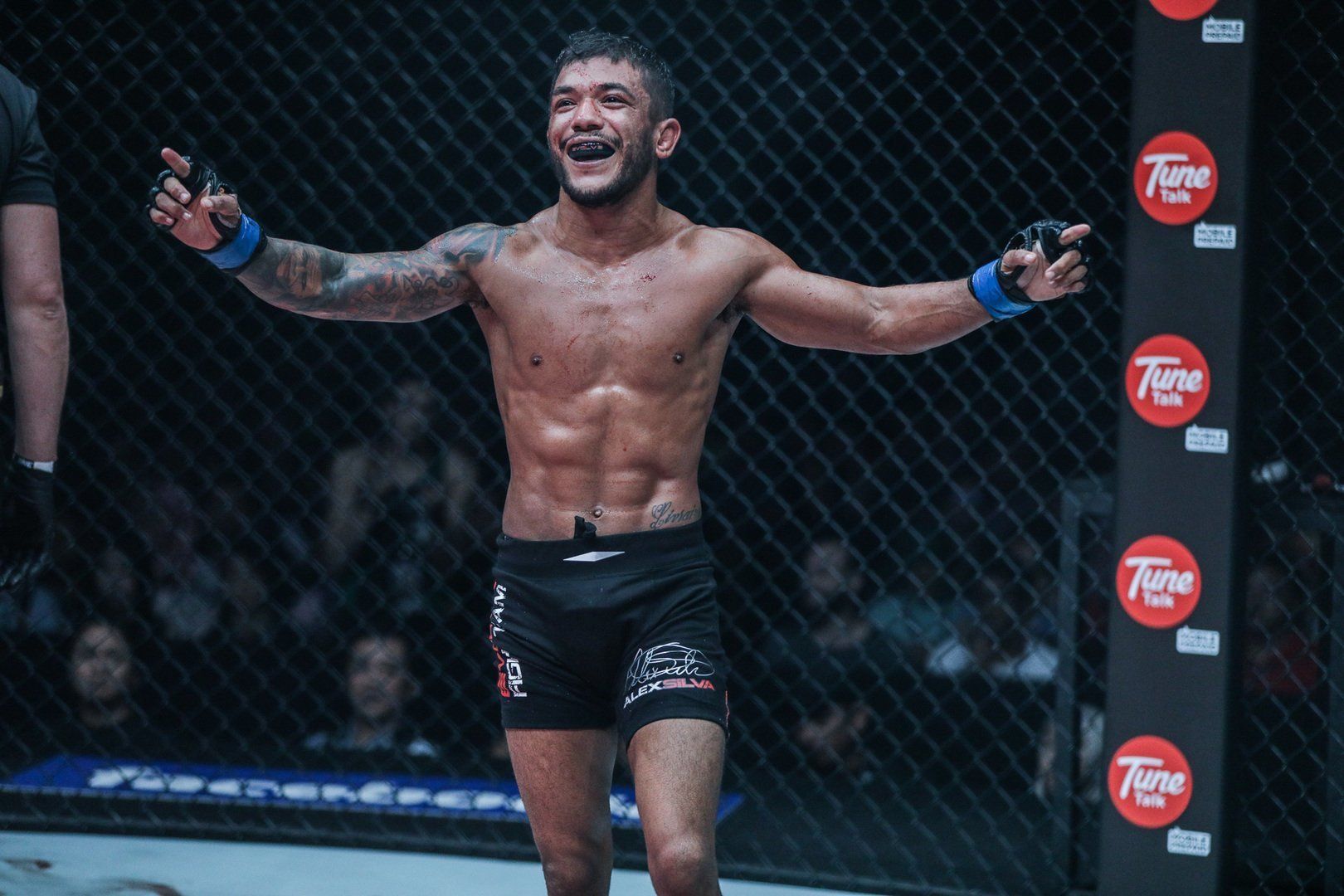 In addition, if Silva is successful in his title tilt in Bangkok, he promises to conduct himself as a world champion, embodying the values he has always held important as as martial artist.

“I believe to be a great champion, you have to show good skills, of course,” he explained. “But it is also very important to be a humble person and not let it go to your head. Be who you are every day. It does not change you just because you have a belt.

“That is what’s most important for me. To have a good character, be humble, and inspire people.”