What Led Stamp Fairtex To A Life In Muay Thai 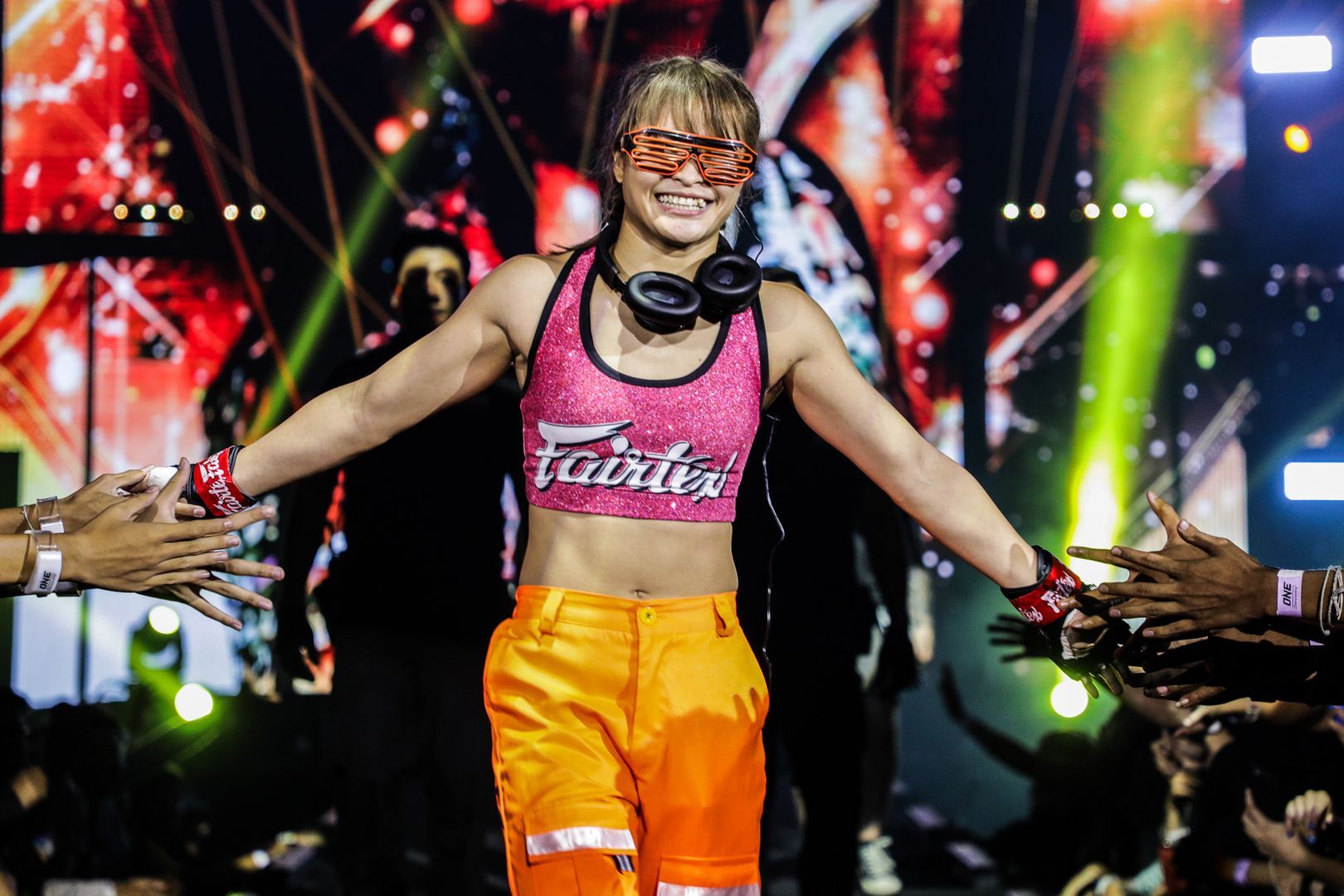 Stamp Fairtex struggled for acceptance in a male-dominated world when she began her life in Muay Thai, but her determination to succeed has made her into one of the biggest stars in martial arts.

The 22-year-old from Thailand emerged from humble beginnings to make history as a two-sport ONE Super Series World Champion, and she is on a quest to win gold once again in mixed martial arts.

As she prepares to defend her ONE Atomweight Kickboxing World Title for the first time against Janet “JT” Todd in the main event of ONE: KING OF THE JUNGLE next Friday, 28 February in Singapore, Stamp reveals how she overcame bullies, prejudice, and the grueling demands of an athlete to get to the top.

An Ordinary Girl In A Muay Thai Family

Stamp’s journey began in Rayong, a province on the northeastern coast of the Gulf of Thailand that is well-known for its parks and beaches.

“The locals make a living from farming. My family has rubber, durian, and rambutan farms.”

Her family made a respectable living in the farming industry, but they were also deeply embedded in the local Muay Thai scene.

Her dad was a talented Muay Thai practitioner, and her uncle operated a small gym where her family members would polish their skills.

“My father was really good at the knee strike and I enjoyed watching him.”

Although several of the two-sport World Champion’s family members practiced “the art of eight limbs,” she was not rushed into the sport. Instead, she initially focused on her farming duties and education.

“I was just an ordinary girl, helping my parents on the fruit farms,” Stamp explains. “I went to a big school, which is quite famous. I liked P.E. and music classes.”

From Ordinary To Extraordinary

Soon, the Thai’s ordinary life took a sharp turn, and she felt it was necessary to learn her national martial art.

Stamp was frequently picked on at elementary school. Some of her classmates poked fun at her and even roughed her up.

She grew tired of enduring the abuse and was motivated to learn self-defense to keep her tormentors away.

“I was bullied all the time. I always came back home from school with bruises here and there,” she says.

“Because my family had a training camp, I thought I could do something to fight back.”

At first, her mother was hesitant to allow her little girl to train in Muay Thai because she did not want to see her daughter get hurt. However, she quickly came around and gave her support.

Once Stamp started learning Muay Thai, there was no turning back. Just like her family members, she was hooked.

“I got up at 5am every morning to run,” she says. “Then, at around 7am, I came home to have a shower and go to school. I was always too late to participate in the morning activity.”

Before long, Stamp was booked for her first bout at the tender age of 5. Although the adrenaline surge made the details of her debut a little hazy, she remembers the result.

“I won by KO in the first round,” she says. “The bell rang, I attacked my opponent by knee, and I just won.”

Though Stamp showed a lot of talent as a child and received international attention as the star of the acclaimed Buffalo Girls documentary, she – and girls like her – struggled for acceptance in the Thai martial arts community.

“When I was young, I was the only female fighter in my village’s Muay Thai gym,” she says.

“Back then, people weren’t open to girls competing. They were afraid we might get hurt badly because they thought women were physically weaker than men, but my parents supported my dreams and encouraged me.”

Stamp repaid their faith in her by winning dozens of bouts and claiming a pair of Northeastern Thailand Championships. Her success turned heads, and by the time she reached the end of her teenage years, attitudes towards women had changed, and she was hand-picked to become a part of the Fairtex team in Pattaya.

Under that world-famous banner, she joined ONE, where she made history by beating “Killer Bee” Chuang Kai Ting for the ONE Atomweight Kickboxing World Title in her debut, and then winning the inaugural ONE Atomweight Muay Thai World Title by defeating Janet “JT” Todd to become one of the biggest stars in martial arts – male or female.

Plus, the 22-year-old has somehow found the time to develop her skills for mixed martial arts and at 4-0, she is in the hunt for an unprecedented third belt in a third sport.

Now that Stamp has become one of the very best in the world at what she does, she wants to continue to use her gifts to inspire women everywhere and show people around the world what they are capable of.

“There are a lot of well-known female fighters these days. These days, it’s normal to have female athletes in this sport,” she says.

“I want the world to see that Thai female athletes are good too, not only beautiful.”