When ONE Championship returns to Malaysia on 10 February, one of the nation’s brightest young stars will light up the event.

Undefeated 21-year-old Agilan “Alligator” Thani takes on his toughest test to date when he faces Chinese Taipei’s Jeff “The Machine” Huang at ONE: THRONE OF TIGERS in Kuala Lumpur.

Thani, who holds a flawless 6-0 record, has been impressive in posting five straight stoppage wins under the Asian promotion’s banner. That includes his most recent win, a first-round submission victory over Trestle Tan at ONE: UNBREAKABLE WARRIORS last September. Now, he will have the chance to shine in front of his fellow countrymen again.

Not only does Thani speak with composure and poise well ahead of his years, but he performs with the very same attributes too. It is easy to forget that he is still a relative newcomer to the world of mixed martial arts compared to some of his peers.

Even so, he has come a long way since being a bullied, overweight teenager, literally and figuratively battling his way through some turbulent high school years.

“I was a fat kid when I was in school,” Thani reveals, offering his reasons for starting martial arts. “I was overweight, so I wanted to defend myself from bullies, and lose weight because people always made fun of me.”

It is hard to imagine the same bullies would recognize Thani now, and even harder to imagine they would make him the punchline of their jokes. Though he accomplished his initial objectives, his goals grew and multiplied as soon as he sampled the life of martial arts.

The Malaysian first tried his hand at karate when he was 13, but that did not satiate his desire, physically or psychologically. A chance encounter with grappling in the world of fiction, however, successfully changed his fate.

“I watched a Chinese movie called Flash Point. In the movie, the final fight scene used a lot of Brazilian jiu-jitsu based choreography — there was a flying armbar, a triangle, and a rear-naked choke”, he recalls.

“He finished the guy with the rear-naked choke at the end of the scene. That is when I realized, ‘this is so simple, I think I should learn this.’ I could just put people to sleep instead of trying to hurt them. I think basically jiu-jitsu is where it all started.”

Like many fighters who start out from humble beginnings, it was not easy to get the training he needed, and it could have ended before it all began. With his father a single parent, the 60km round trip on the train and expensive mat fees meant he was unable to continue at his original BJJ school, with financial constraints being the major factor.

This junction could have been the end of the journey, but fortunately, Thani came across Monarchy MMA and it has been his home ever since. Although his time in the sport has been brief thus far, The Alligator has built himself a well-rounded skill set and has put together a formidable record that is getting him recognized, both nationally and internationally. 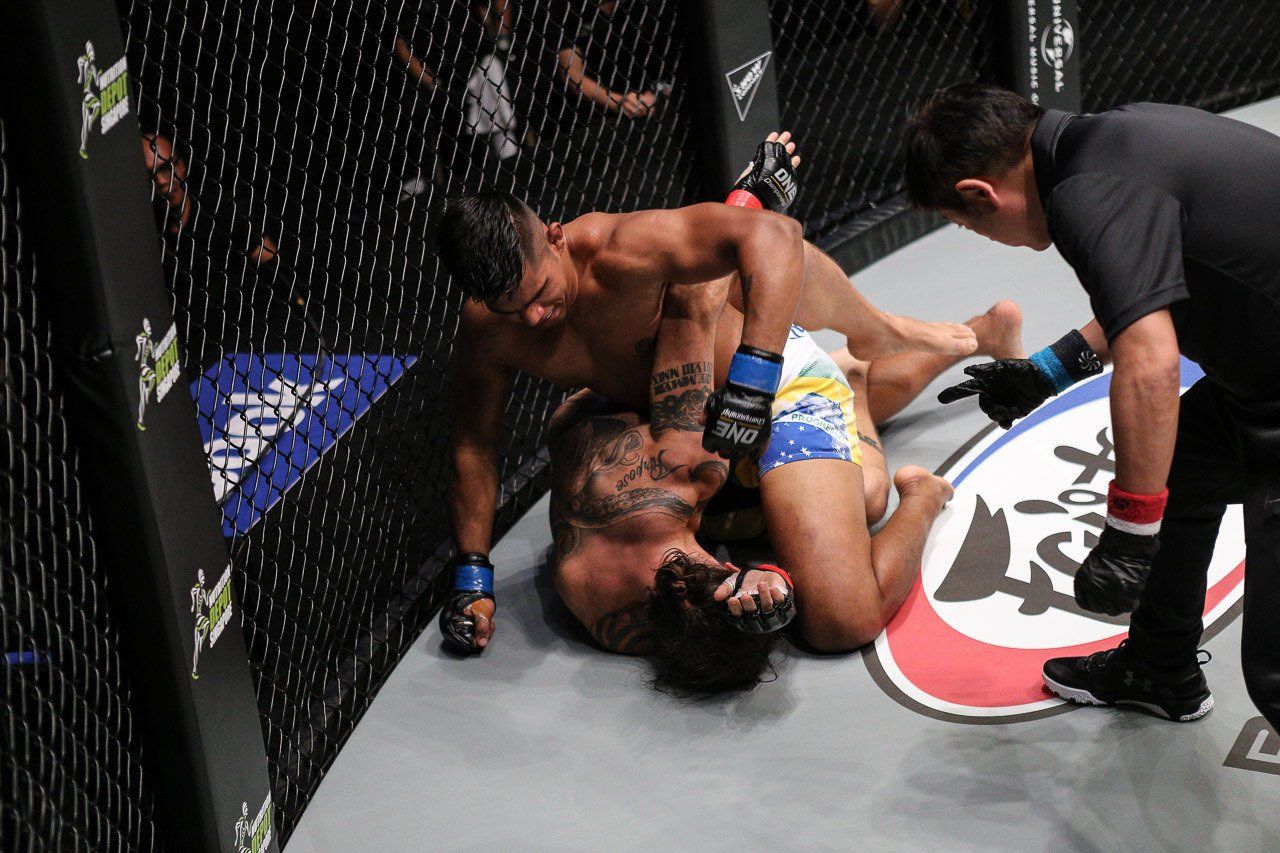 Thani, a former MIMMA — the top amateur MMA promotion in Malaysia — Welterweight Champion who currently holds a purple belt in BJJ, sees his future in the sport, and he’s not getting ahead of himself despite some hype around him.

“The process is a long process. Some people try to rush it and make it fast. I just try to make myself better every day,” he asserts. “I always consider myself a bad fighter because that is what I was when I walked into the gym. I put myself down so I have to keep working on my weaknesses.”

In his continual quest for improvement, he feels he has to be reminded that there is always much to learn, and in a sport that is a vast as MMA, always areas you can refine. This steadfast and relentless passion for growth is what separates champions from contenders, along with their ambition.

”For me, the goal now is a bigger vision. When I was fighting amateur and then getting into ONE, I was just thinking of getting a few more fights and making some money. But as soon as I won my fourth pro fight, I made the decision that I wanted to look into this on a bigger scale,” he explains.

“Why would I just do it for fun? If I am doing it, I want to be a world champion at ONE. Ben Askren is a big ask. In my division, everyone is like, ‘whoa, Ben Askren, undefeated.’ If I can get a shot against him and win, that would be great. There is no stopping for my goals. Even if I beat Askren, I want somebody else.” 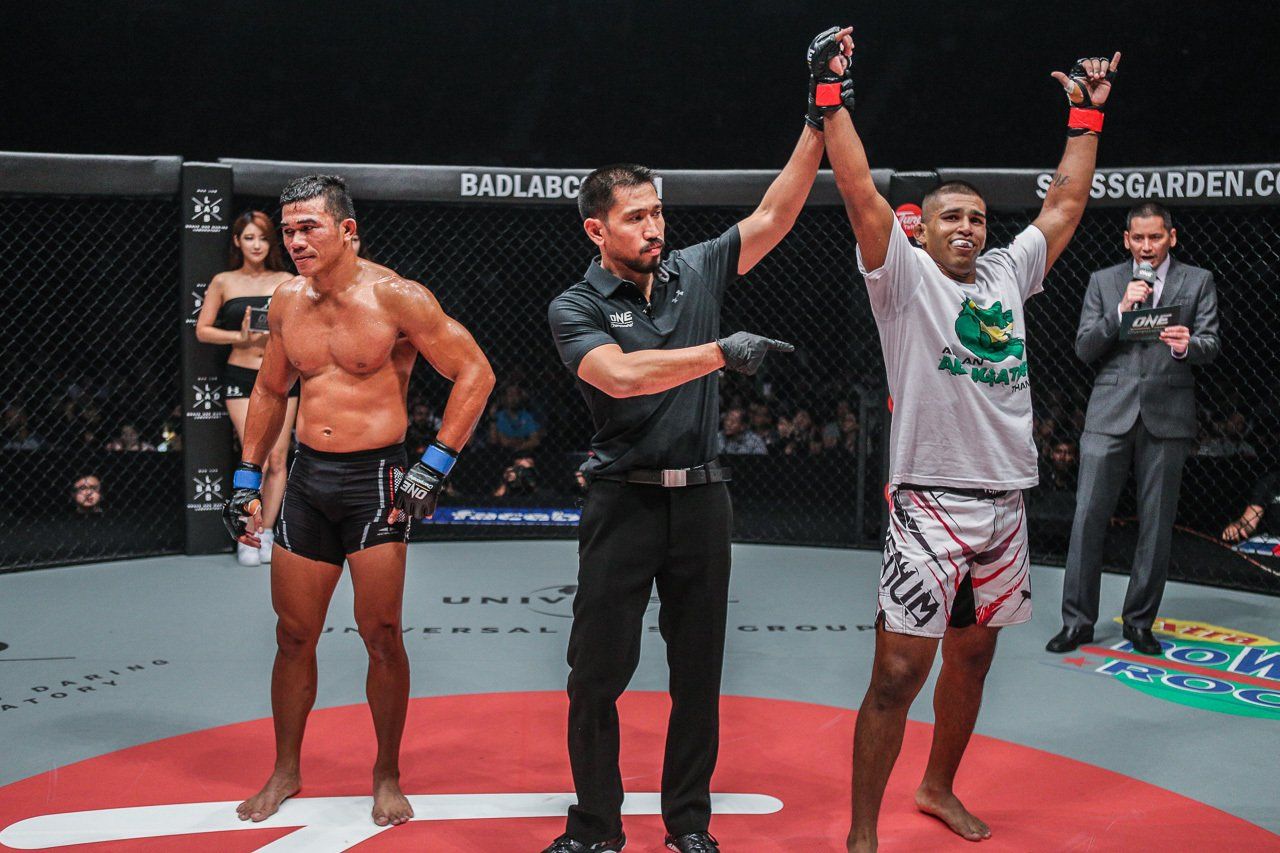 At the rate Thani is progressing, the prospect of a ONE World Championship is not out of sight. He has a long career ahead of him, but he also has a lot of questions to be answered. Huang should pose some of these questions and, on paper, it appears like it is a move in the right direction.

Huang, an AKA Thailand welterweight, brings more experience to the cage, and he will be well prepared at the elite Phuket camp.

“He seems like a well-rounded fighter,” Thani offers, but he does not care about a name or a record, just where the wins can get him. “If I have to fight [everyone on the roster] one by one, then it is fine. But if I have to fight number 10 straight away, then I will do it. I do not care.”

The “Alligator” is now on the hunt, with nobody out of his crosshairs. When you weigh up what he has already achieved, it seems he has already overcome troubles many others might not have triumphed over.

“I came from a place where I only had my dad to support me,” the 21-year-old states. “I used to walk to school every day and come back and get bullied. It is more of a self-accomplishment. I will feel better about myself and learn to respect myself more each and every time I fight.”

Thani is winning, but the battle never ends.