Former ONE Featherweight World Champion Narantungalag “Tungaa” Jadambaa is one of the most celebrated athletes in ONE Championship.

The 42-year-old Mongolian powerhouse has charmed fans with his humility, his tireless work ethic, and his powerful, aggressive striking in the cage.

He will look to display those attributes once again on Saturday, 23 June, when he clashes with Edward “The Ferocious” Kelly at ONE: PINNACLE OF POWER in Macau.

Long before Jadambaa became an elite martial artist, it took a life-changing experience to put him on the right path towards greatness. 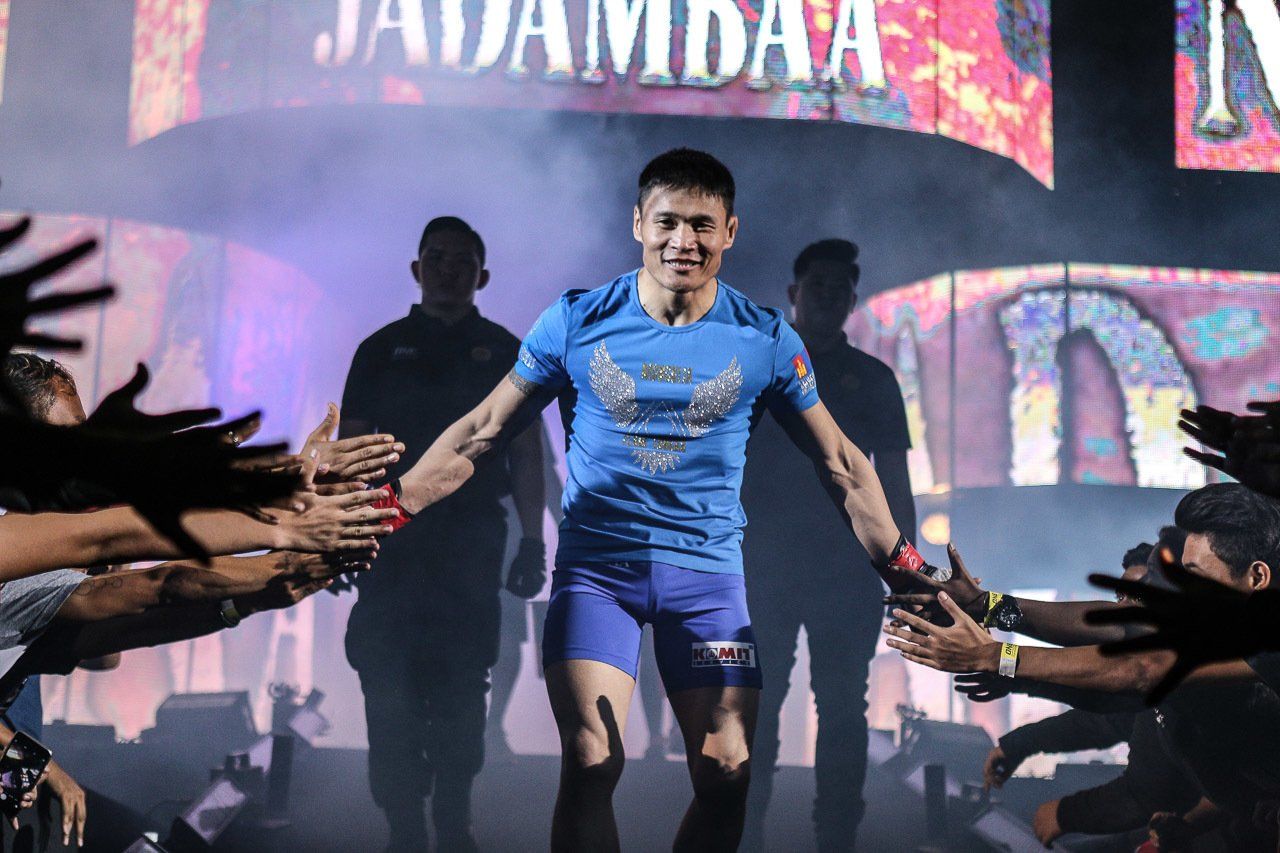 Growing up in Bulgan, Mongolia, “Tungaa” was the eldest of six children. He admits he was a naughty child, but he found outlets for his energy in horseback riding and traditional Mongolian wrestling.

Jadambaa’s love for physical activities also drew him to watch action movies. Like many young men, his early experiences of combat were inspired by these films – particularly those starring a certain martial arts icon.

He was motivated to learn judo and Jeet Kune Do, and practice the moves he saw on the screen with his friends.

“I fell in love with martial arts through Bruce Lee’s movies around 1990,” he says. “We imitated the things we saw in his action movies. We agreed how to punch and kick in advance, and we trained defending against each other.”

“Tungaa” may have planned those sparring sessions, but he would soon have to use all of his martial arts and self-defense skills for real.

From The Streets To Law School 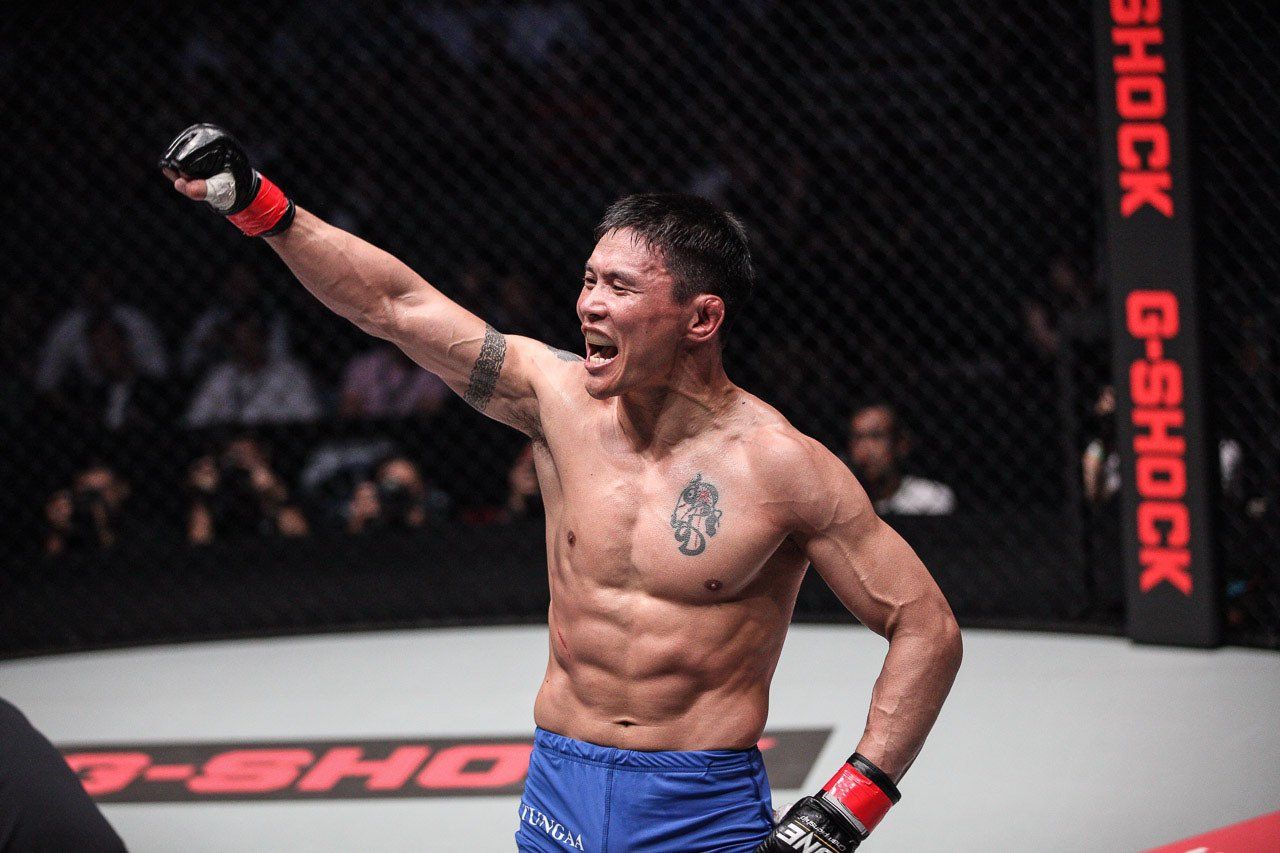 While living in Erdenet, his country’s second biggest city, Jadambaa had an encounter that led him down a new path.

After seeing his friends being harassed by a stranger on the streets, his natural instinct to defend others nearly got him into trouble with the authorities.

“I was interrogated by police officers, because of a street fight when I was young,” he explains. “I fought against someone to help my friends and defend myself. Because I had hurt him, I was interrogated about the crime by the police many times, and I was about to be punished.”

Luckily, he escaped further punishment, but it was still a sobering experience for “Tungaa.” It spurred him to better acquaint himself with the country’s legal system, and equip himself with a better understanding of Mongolian law. In doing so, he hoped to gain the knowledge to settle disputes without the use of force in future. 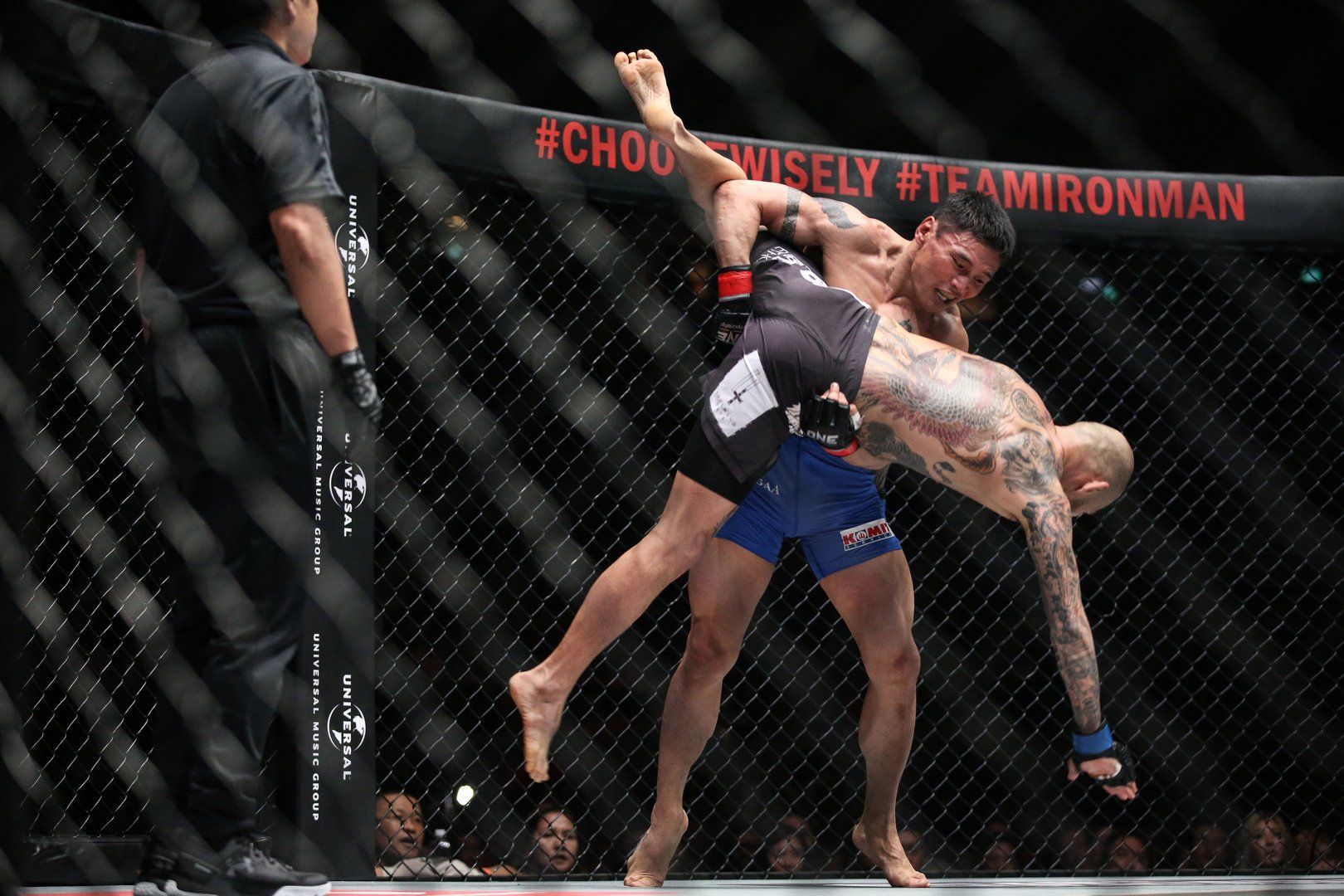 “I felt the necessity of learning the laws at the time,” he explains. “I thought that I would be able to understand different people’s perspectives without fighting, and not be involved in a crime if I learned and researched the law.”

Jadambaa moved to the capital city, Ulaanbaatar, and enrolled in the Law Enforcement University Of Mongolia. He dedicated himself to his studies, and the police never bothered him again.

“Tungaa” graduated in 2007 with a Bachelor’s Degree in Law. Though he did not use his degree to get a job, he has used his knowledge to manage a security team for a private company. 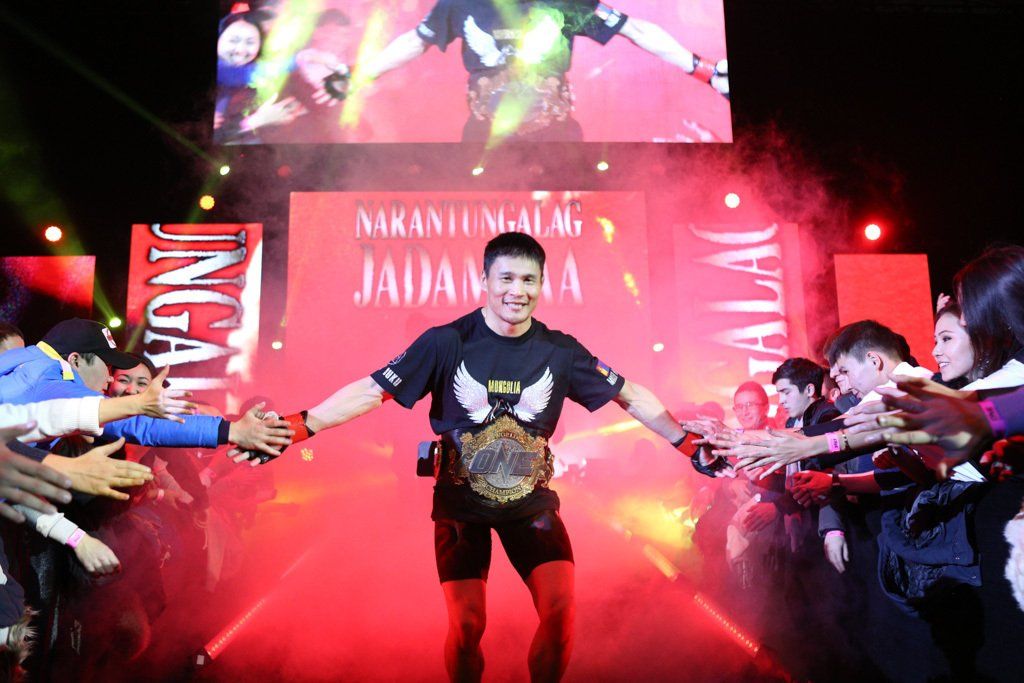 The judo and karate black belt began his professional kickboxing career in Japan in 2003, and faced some of the greatest athletes ever to set foot in a ring.

He also jumped into the deep end when he made his professional mixed martial arts debut in 2004. After a slow start – when he was splitting his time between various forms of competition – he dedicated himself to competing in the cage.

By 2009, he had captured and defended the Legend FC Lightweight Title, setting the tone for even greater things to come.

In August 2014, he reached the pinnacle of mixed martial arts by defeating Koji Oishi to become the ONE Featherweight World Champion – the first ever Mongolian to reach those heights on the global stage. The achievement even earned him a Mongolian Order of Merit, which was bestowed upon him by the President of Mongolia himself.

Though he lost the belt to Marat Gafurov in November 2015, he earned another opportunity to get it back in a rematch a year later – after impressive stoppage victories against Eric Kelly and Kotetsu Boku – but he fell short again.

“Tungaa” spent the next 18 months away from the cage, but now, he is ready to make his return. 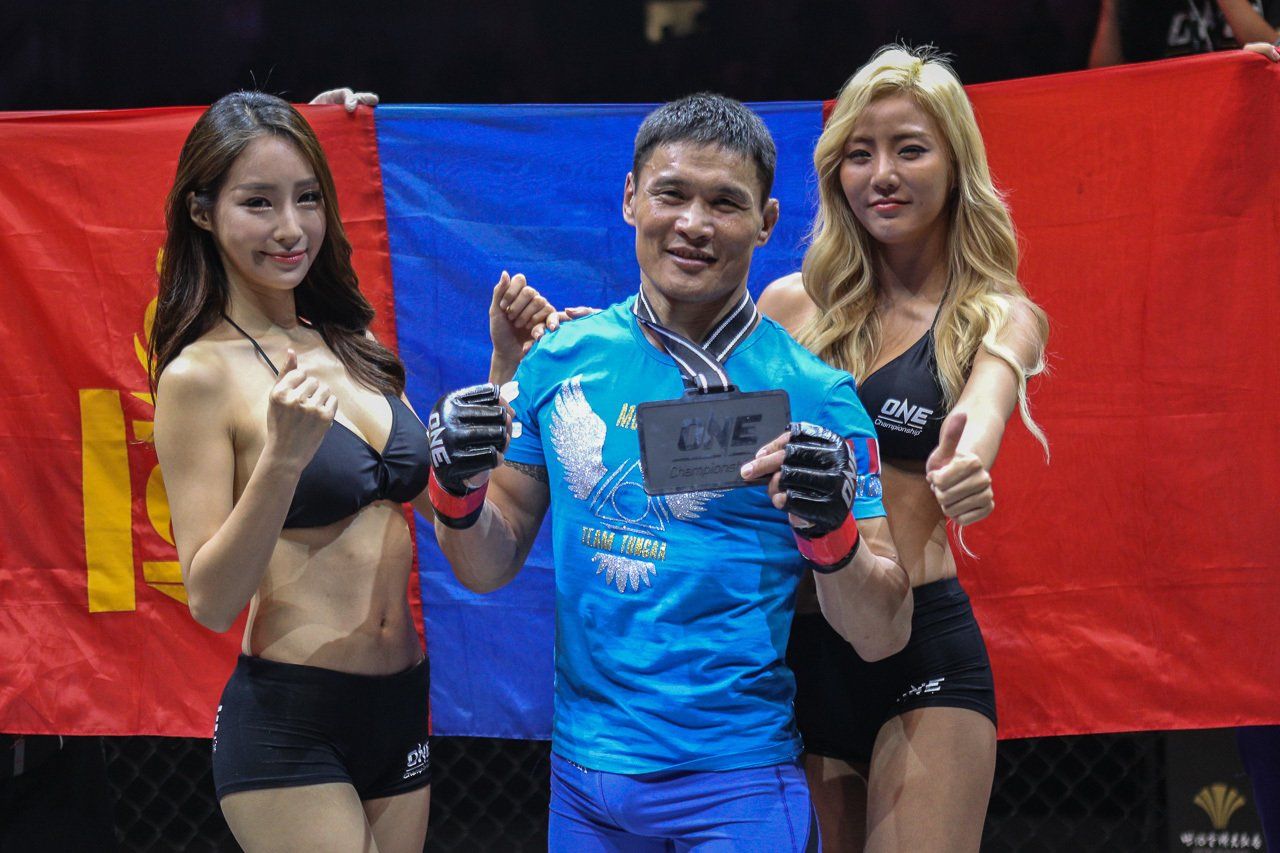 “After competing against Marat Gafurov, I thought that I needed to improve my wrestling and grappling skills, and my physical strength,” he explains. “Now, I think that I have improved myself even more than before.”

The fan favorite will look to show how much he has developed against Kelly at ONE: PINNACLE OF POWER.

Although getting back into world title contention is often at the back of every competitor’s mind, Jadambaa says he is taking one bout at a time for now. The only thing occupying his thoughts is his upcoming clash with the Filipino.

“I am only thinking about the fight with Edward Kelly now,” he says. “If I beat him, I think it would be right to continue to fight, and it will motivate me to train more as a result.”