For Joshua “The Passion” Pacio, the values of martial arts have played a significant role in his development as an athlete, and as a person. The 22-year-old Filipino is considered one of the most talented strawweight competitors in Asia, and there are two qualities he has developed during his martial arts journey that has shaped him since the beginning of his career – humility, and compassion.

He believes those are the most important traits of a martial artist, and they have allowed him to improve his skills while becoming a better person.

“Being humble means keeping your feet on the ground no matter what,” Pacio explains.

“It is very easy for success to get to your head, but you should always respect your opponents and thank them for every experience you share with them inside the cage.

“At the end of the day, every experience is a learning experience, and you have to be humble enough to recognize that.” 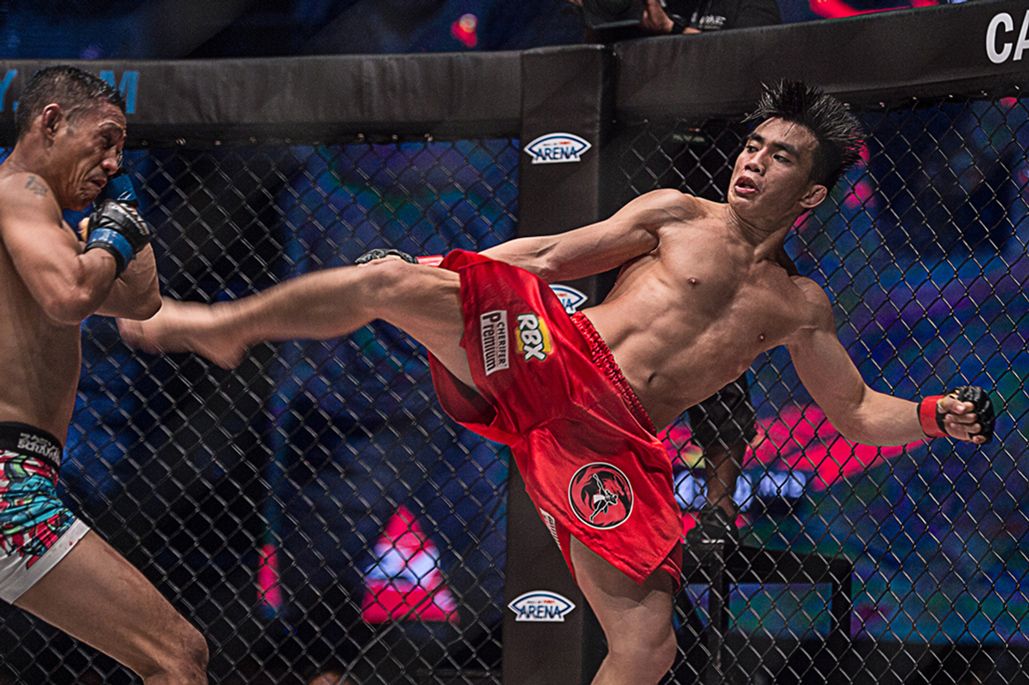 In a short period of time, Pacio has shot up ONE Championship’s strawweight ranks like a speeding bullet.

He made his promotional debut in April 2016, and he won his first contest in spectacular fashion, defeating Rabin Catalan via second-round TKO. He built on that by submitting Kritsada Kongsrichai via rear-naked choke in the first round that August.

That earned the Team Lakay standout a match for the belt against ONE Strawweight World Champion Yoshitaka “Nobita” Naito at ONE: STATE OF WARRIORS in October.

Despite using his striking to great effect in the opening two stanzas, Pacio would ultimately succumb to the champion’s rear-naked choke in the third round. “The Passion” may have tasted his first career blemish, but the experience forced him to acknowledge his own shortcomings as a martial artist, and it spurred him to take his training even more seriously.

Now, nearly two years removed from that fateful night in Myanmar, Pacio says if it were not for him being humbled in defeat, then he may not have realized where he needed to improve the most.

“That loss taught me more about myself than any of my victories,” he admits.

“Winning feels good, but being given the opportunity to discover my weaknesses, that was invaluable. Now, I’ve learned and grown so much. I am a completely different fighter.” 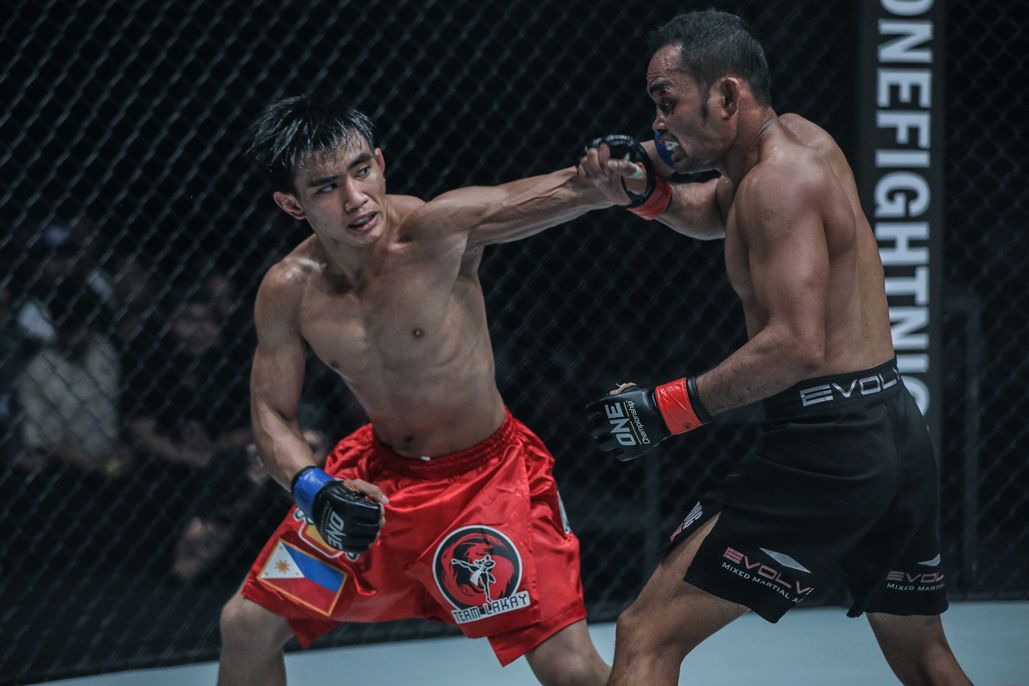 Although Pacio is still a menacing striker, he has bolstered his grappling, and has flashed his Baguio jiu-jitsu stylings with a pair of submission wins this year.

He is currently riding a three-bout win streak and has the chance to show the division’s reigning kingpin his vast improvement next weekend.

On Saturday, 22 September, the Filipino stalwart is scheduled to challenge Naito for the title in a main-event rematch at ONE: CONQUEST OF HEROES, which takes place at the Jakarta Convention Center in Indonesia.

“I take this as an opportunity to finally show him that I have changed so much since the last time we fought,” Pacio explains.

“I respect Naito a lot as a champion, as a competitor, and as a martial artist. To be able to show him what I’ve become in the two years since I lost to him is an honor for me.

“Win or lose, this time my goal is to show him that I am worthy of competing for this title.”

Another reason “The Passion” wants to win the belt is so he can further influence his countrymen. He wants to give hope to those who have to face struggles in their lives.

“In our position, as global athletes, we have a lot of influence,” he says.

“I want to be a compassionate athlete. I want to show the people that I care beyond the ring or the cage. Luckily for me, I see this all around me, with my teammates and with my heroes. I am inspired.” 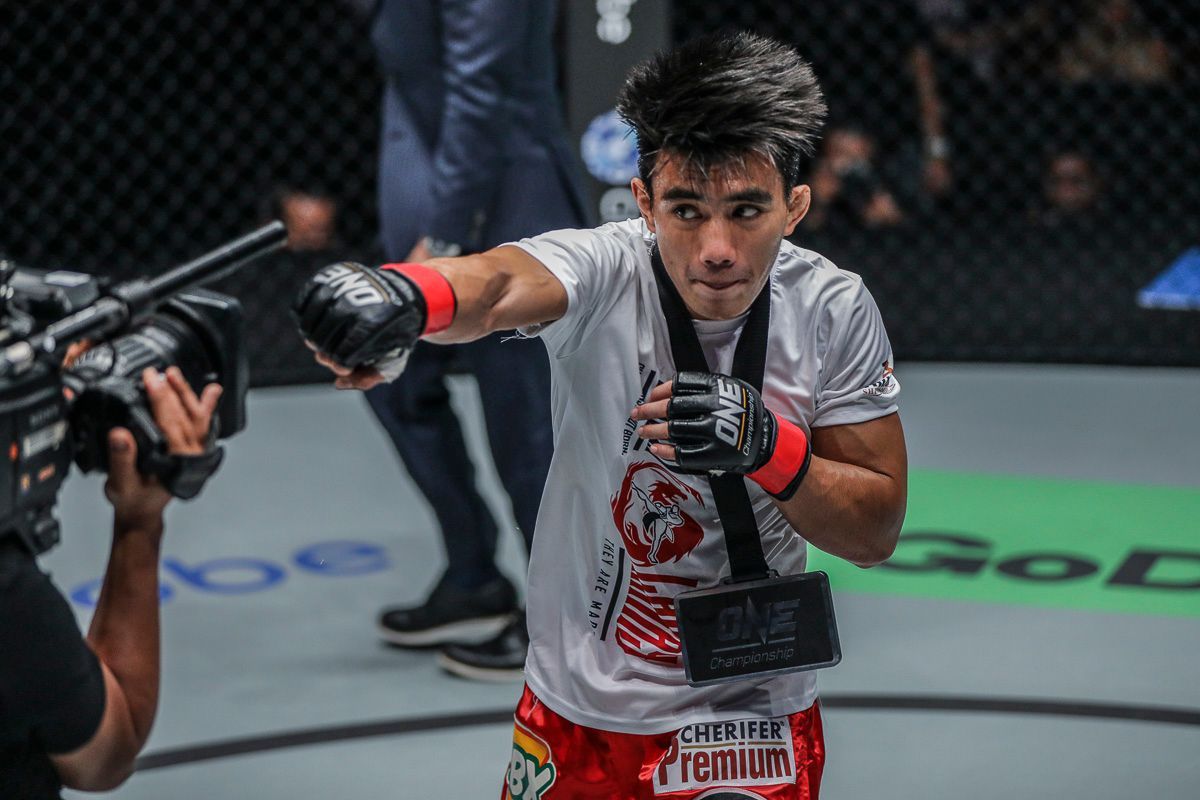 Pacio hopes to help his fellow compatriots, just like his idols have done before him.

“Kuya (brother) Eduard has been helping the less fortunate for the longest time, even by just inspiring people when he performs. He inspires everyone. He inspires me. I hope one day I can be like that,” he says.

“I hope one day I can be like Manny Pacquiao, too, who brings peace to the entire country every time he fights. I have a lot of goals in my career, and inspiring people is definitely one of them.

“I will always look back and thank those who have been there for me and supported me since day one. It is important for martial artists to be both humble and compassionate because this will unlock our true capabilities.”