“The Kicking Machine” Superlek Kiatmoo9 has been fortunate to be surrounded by positive influences from a very young age.

Now, the Thai superstar is just days away from challenging Ilias “Tweety” Ennahachi for the ONE Flyweight Kickboxing World Title at ONE: FISTS OF FURY, and the champions he watched at his home gym in rural Buriram always made him believe he could go for gold.

One of those elite fighters is the legendary Singdam Kiatmoo9, who honed his craft only 300 meters from Superlek’s childhood home.

“I have trained in the same camp with Singdam since I started Muay Thai. He is my idol,” Superlek says.

“He is well-rounded, strong, and has a big heart inside and outside the ring. Everything about him inspires me to be a fighter as good as him.”

“The Kicking Machine’s” grandfather first took him to the neighborhood gym when he was 8 years old. Until that time, the youngster had only watched in awe from the outside.

Singdam had just won the prestigious 2002 Sports Writers of Thailand Fighter of the Year award, while his uncle, Panomrunglek Kiatmoo9, was well on his way to multiple Lumpinee Stadium Muay Thai World Titles.

Superlek dreamed of achieving success like those legends so he could provide for his family – and those legends made that vision look possible.

“I remember seeing the older fighters at my gym who were already competing at the stadiums, and I thought to myself, ‘What can I do to get paid the same as them?’” he says.

“I’d go to the gym and train just like they did. When I sparred with them, I’d ask them questions so I could learn new techniques.”

Singdam — who went on to win the Sports Authority of Thailand and Lumpinee Stadium Fighter of the Year awards in 2003 — was an especially important mentor for the burgeoning Superlek as the pair spent more and more time together.

However, it wasn’t so much about telling his young protege what to do, but showing him the way as a positive role model.

These days, “The Kicking Machine” can see living proof of his elder’s wisdom, as Singdam is still active and successful in the ring at 37 — longevity that is rare for a Thai fighter.

“He is from the same village near my house. We are together almost all the time,” Superlek says.

“I have learned many things from him. He didn’t suggest anything special to me, but he always told me to keep going and concentrate.

“He always tries to be better, improve his skills, and take care of himself as an athlete. He doesn’t drink and he is the model for the young generation. He is a simple man and has been well-behaved in Muay Thai society for a long time.”

Though Superlek is now a role model for the next generation of Buriram youngsters, he keeps his feet on the ground and takes motivation from everybody around him.

The system is clearly working, as the humble Kiatmoo9 gym continues to punch above its weight and achieve phenomenal success with its homegrown fighters a rural setting away from the bright lights of Bangkok. 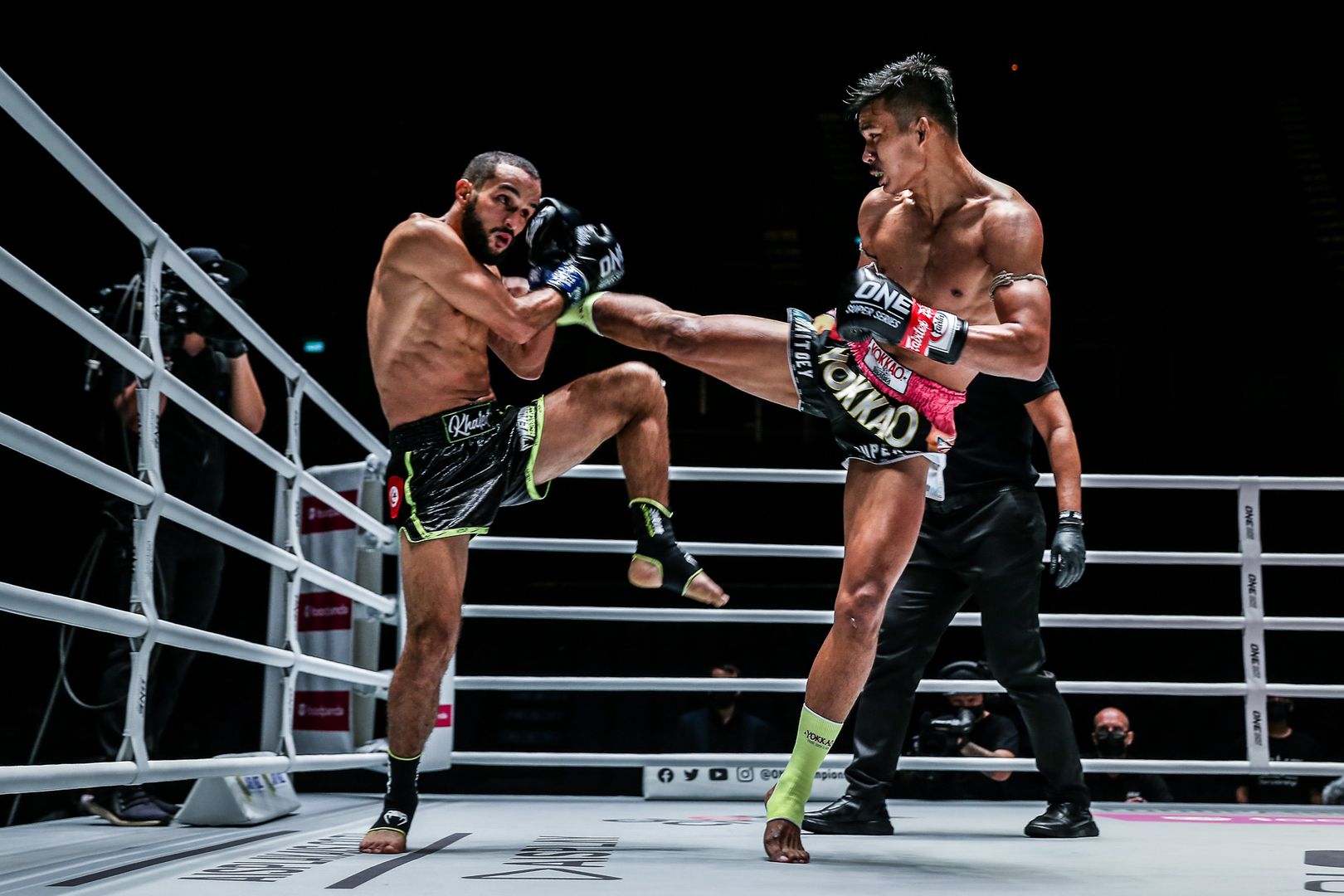 Superlek is quick to credit those around him for his own success, and they will be the first people he thanks if he manages to win the ONE Flyweight Kickboxing World Championship in Singapore on Friday.

“All of my teammates at Kiatmoo9 are good, like Petchpanomrung [uncle], who is a Kickboxing World Champion, and Fahsai [trainer], who was an Olympic athlete,” the ONE World Title challenger says.

“And also Sam-A [Gaiyanghadao, brother-in-law], who is the ONE [Strawweight Muay Thai and Kickboxing] World Champion. Many people around me are super.

“They all encourage me. We are all different and good in our own way. We learn from each other — good and bad — and try to improve and push each other.”