The inaugural ONE Featherweight Kickboxing World Grand Prix was a tournament for the ages, and the second installment looks set to be just as memorable.

The 2021 edition, which will kick off with the quarterfinal round at ONE: FIRST STRIKE on Friday, 15 October, again features eight of the world’s greatest stand-up specialists duking it out for the coveted silver belt.

The only two missing are #1-ranked contender Giorgio “The Doctor” Petrosyan and #2-ranked Superbon, who will compete for the vacant ONE Featherweight Kickboxing World Title in the night’s main event — serving as extra motivation for the World Grand Prix participants.

Before the tournament gets underway next month, here’s what you need to know about every man in the bracket.

Third-ranked contender Marat Grigorian is undoubtedly one of the greatest strikers of his generation, and he’s an early favorite to claim the Grand Prix belt.

He’s also picked up some big scalps along the way, including a first-round knockout of Superbon back in 2018.

The 38-year-old Dutchman has been kickboxing for over 30 years and has picked up almost every possible accolade along the way.

“Souwer Power” had been contemplating retirement, but the allure of ONE Super Series brought him back, and he returned to form with a dominant victory over “Bamboo Sword” Zhang Chunyu last December.

Now back on the winning track with his high-volume style of fast hands and low kicks, Souwer can end his iconic career on a high in the ONE Featherweight Kickboxing World Grand Prix.

Up until a decision loss in his trilogy match with Superbon, many fans thought #4-ranked Sitthichai “Killer Kid” Sitsongpeenong was the biggest threat to Petrosyan’s ONE Featherweight Kickboxing World Title hopes.

In the process, Sitthichai defeated an immense amount of elite adversaries — including five of the Grand Prix participants. On his resume are Grigorian, Souwer, Superbon, Robin van Roosmalen, and many more.

“Killer Kid” returned to “the art of eight limbs” this past August and overcame Tawanchai PK.Saenchai Muaythaigym at ONE: BATTLEGROUND III, but his focus is now back on kickboxing, where he’s spent most of his recent career.

Unlike many of the front-foot fighters in the tournament field, “Killer Kid” is an expert counterstriker who deals out damage when his opponents try to press forward, and this makes him a tough stylistic clash for anybody.

Dutch-Turkish slugger Tayfun “Turbine” Ozcan is finally ready to make his ONE Super Series debut after a couple of false starts, and he’s hungry to make an impression.

Coming in with a 13-bout winning streak, the #5-ranked contender is in peak condition and ready to mix it up with the world’s best. He dominated the competition at Enfusion, winning titles in multiple weight classes and in the tournament format.

“Turbine” has defeated the likes of Souwer, Jonay Risco, and Davit Kiria using a combination of heavy hands and low kicks, combined with his marauding style.

The SB Gym representative also has a gas tank that never fades, which means he can keep up his relentless work rate to outhustle opponents who can’t match his pace.

Samy “AK47” Sana reached the ONE Featherweight Kickboxing World Grand Prix Championship Final in 2019, but he came up short against a near-perfect Petrosyan performance. Undeterred, Sana is returning in hopes of reaching the pinnacle this time around.

The ISKA and WBC Muay Thai World Champion has shown he can mix it up with the elite, especially in his shocking victory over Yodsanklai two years ago.

Very tall and rangy for the weight class, “AK47” can leverage his long limbs from the outside or use his power to be effective in close, and he doesn’t take a backward step.

On top of that, the French-Algerian has never been stopped in 151 kickboxing and Muay Thai contests, while his combination of aggression and an iron chin means he does not stop going after opponents – a lot of pressure to take for three rounds.

Fighting out of the renowned Gridin Gym in Minsk, Belarus, Chingiz “Chinga” Allazov is one of the most feared punchers on the kickboxing circuit.

The K-1 World Champion blasted his way through the opposition outside of the world’s largest martial arts organization. He earned his spot on the global stage with a 30-1 run, with the only defeat coming from Petrosyan in front of the latter’s home crowd in Milan.

Though he dropped a close split-decision loss to Enriko Kehl in his ONE debut, “Chinga” had previously knocked out the German, and he has the potential to stop anybody in their tracks with his ferocious power.

Allazov can finish with any limb and has never been stopped himself, so like his upcoming foe Sana, he has no qualms about going toe-to-toe in the center of the Circle.

Enriko “The Hurricane” Kehl was eliminated from the 2019 ONE Featherweight Kickboxing World Grand Prix in the quarterfinals after an epic bout with Dzhabar Askerov, but he’s back on track and wants to push himself further in his second run.

The German has collected a slew of titles in Europe and elsewhere, but most importantly, he’s constantly pushed himself against kickboxing greats, such as Petrosyan, Yodsanklai, Buakaw, and Sitthichai.

He’s also been stellar since joining ONE Super Series, going 3-1 with knockout victories over Liam Nolan and Armen Petrosyan.

The tricky southpaw produces the highest striking volume of any athlete on the ONE Super Series roster. Plus, he uses concussive punches and well-timed knees that allow him to constantly attack his rivals from any range.

Another seasoned veteran of the world scene is Davit Kiria, who came up short against “The Doctor” in his first ONE outing but has plenty to offer in the World Grand Prix.

Kiria had been sidelined for two years before he met Petrosyan in the Circle, and now that he’s shaken off the ring rust, he’ll be a formidable adversary for any of his fellow entrants.

The Georgian has won the Glory Lightweight World Title and the Kunlun Fight World MAX Tournament – two of the kickboxing world’s most prestigious accolades – while facing off against top-ranked opponents.

With an ashihara karate background, Kiria possesses a unique set of skills that include some high-velocity attacks from the outside. He also has a punishing, come-forward boxing style that gives him options in every range. 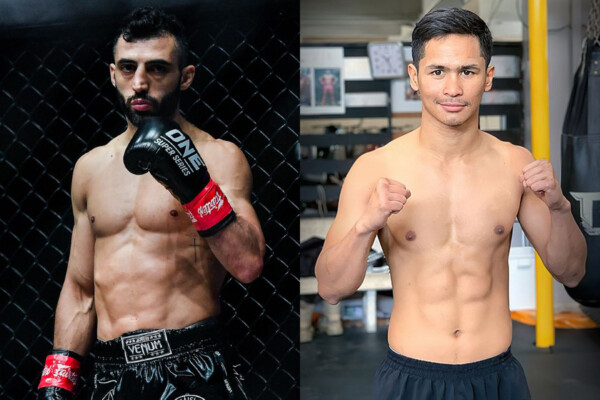