Stamp Fairtex Has Broken Through Barriers For Women’s Martial Arts 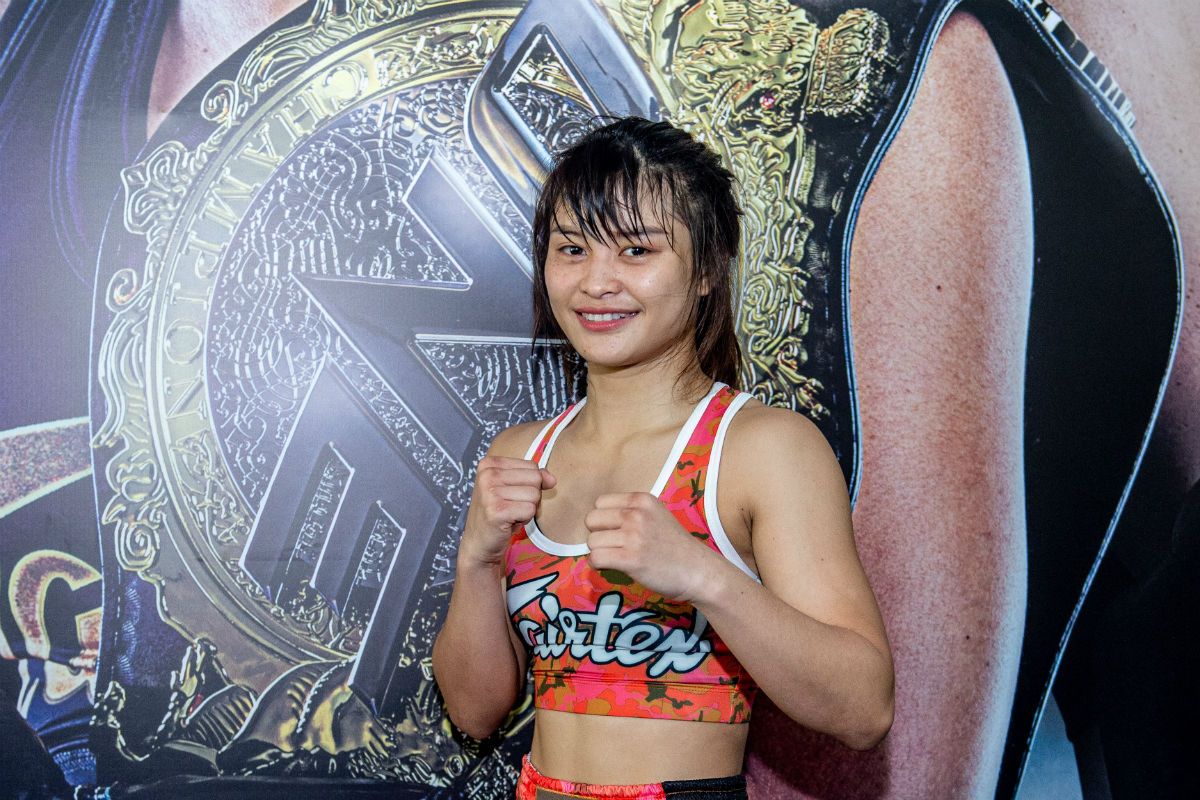 ONE Atomweight Kickboxing World Champion Stamp Fairtex is leading the way for women’s martial artists in her native Thailand and beyond.

After a tremendous debut with The Home of Martial Arts that saw her become the first women’s ONE Super Series World Champion, the young star is looking to make history yet again.

This time, she will challenge American sensation Janet “JT” Todd for the inaugural ONE Women’s Atomweight Muay Thai World Title in the main event of ONE: CALL TO GREATNESS.

ONE Atomweight Kickboxing World Champion Stamp Fairtex is blazing a trail for female martial artists in Thailand and around the world. On Friday, she attempts to become the first two-sport ONE World Champion ever!

ONE Atomweight Kickboxing World Champion Stamp Fairtex is blazing a trail for female martial artists in Thailand and around the world. On Friday, she attempts to become the first two-sport ONE World Champion ever!Singapore | 22 February | 6:00PM | LIVE and FREE on the ONE Super App: http://bit.ly/ONESuperApp | TV: Check local listings for global broadcast | Tickets: http://bit.ly/onegreatness19

Posted by ONE Championship on Sunday, 17 February 2019

It will be a momentous occasion for women’s Muay Thai when the match-up takes place this Saturday, 22 February in front of thousands at the Singapore Indoor Arena, and millions watching around the world.

It is an incredible platform that the 21-year-old could not have envisaged when she took her first steps in martial arts.

When she was 5 years old, Stamp was introduced to Muay Thai through her family – her uncle owned a modest training facility that mainly catered to her relatives.

At the time, she was the only girl at the gym learning Thailand’s ancient art, but that did not bother the youngster. She got on with training as she did not know anything different – and it was beneficial for her.

“I was the only girl at the camp, so I trained exclusively with boys,” she says.

“It was normal to me. I also liked to play with boys, and didn’t have a lot of friends that were girls.

“You get better training with boys. If you always train with boys, you’ll get stronger too, and when you fight, you will have an advantage over your opponents.”

What started as a means of self-defense has led to a history-making main event for Thai hero Stamp Fairtex.

Posted by ONE Championship on Monday, 18 February 2019

The same is true now that Stamp is at the world-famous Fairtex Training Center in Pattaya.

However, she admits there are still some practices that are different depending on an athlete’s gender, but that actually works out in her favor in some cases.

“My gym treats me like one of the fighters, but there are still little beliefs at the gym that are different from the others,” she explains.

“For example, the fighters all sleep together, but I get my own room because I’m a woman. I’m happy though – the boys’ room is dirty!”

Though Stamp always thought her athletic pursuits were normal, her view was not shared by everyone in her homeland.

While she was supported by her family and many in the Muay Thai community, there were still people in Thai society that felt women should not be involved in the art of eight limbs.

Posted by ONE Championship on Monday, 18 February 2019

“I have heard it all before. People have told me I shouldn’t fight because I am a girl, or that I should only focus on my studies, but I can do it all,” the 21-year-old says.

“They tell me I should be concerned about my appearance, and that I can damage my face. I was always respectful and listened to what they said, but I was raised in a Muay Thai family. Fighting is normal to me.

“This is what I love to do. Muay Thai has changed my life for the better.”

It was sheer grit, determination, and natural talent that allowed this young woman to overcome stereotypes and thrive.

She became a North Eastern Muay Thai Champion, and then broke out on the global stage for martial arts with her World Title win at ONE: KINGDOM OF HEROES in her country’s capital of Bangkok last October.

Now, attitudes have changed, and Stamp believes there are many opportunities for women in her sport, though there is some way to go before women have parity with men.

Get HYPED for Stamp Fairtex's shot at a second ONE Super Series World Title on 22 February by reliving her most recent victory ⤵️Singapore | 22 February | 6:00PM | LIVE and FREE on the ONE Super App: http://bit.ly/ONESuperApp | TV: Check local listings for global broadcast | Tickets: http://bit.ly/onegreatness19

Posted by ONE Championship on Monday, 11 February 2019

“For the most part, I think there is gender equality in Muay Thai. Women are able to do amazing things in the sport just like men,” she says.

“But there are still old beliefs that still prohibit women from fighting at certain stadiums, and require them to enter the ring under the bottom ropes.”

Despite those barriers that are still in place, Stamp has set an example of what is possible. Her talent was recognized by one of the world’s top gyms, she achieved regional success, and then went on to use her ability to excel in mixed martial arts and win World Title gold in kickboxing.

Now, she will set out in search of a second belt as she continues to set an example for young women around the world.

“I’m humbled to be a role model for young girls and grateful to be a part of a promotion that supports female athletes,” she adds.

“Take a chance and follow your dreams, follow the opportunities given to me. Muay Thai has done so much for me.”

It will be a momentous occasion for female Muay Thai as they battle it out this Saturday, 22 February in front of thousands at the Singapore Indoor Arena, and millions watching around the world.