Srisaket Sor Rungvisai (46-4-1) is ready to make history in ONE Championship.

The 31-year-old Thai pugilist will become one of the first two men to ever compete in boxing in The Home Of Martial Arts. What’s more, he will also defend the sport’s most prestigious title.

On Saturday, 6 October, the reigning WBC Super Flyweight World Champion will defend his belt against WBC Latino Super Flyweight Champion Iran “MagnifiKO” Diaz (14-2-3) in the main event of ONE: KINGDOM OF HEROES, which emanates from the Impact Arena in Bangkok, Thailand.

Before the modern-day legend makes his grand premiere in the world’s largest martial arts organization, learn all about his inspiring tale of triumph.

Doing What It Takes To Survive

Srisaket, whose real name is Wisaksil Wangek, did not have an easy childhood in Sisaket, Thailand.

Although the northeastern Thai province is known for its charm and alluring beauty, he was raised in one of the area’s poverty-stricken communities. His father competed in Muay Thai, but barely made enough money to provide for the family.

That prompted the future superstar to relocate south to Bangkok, the nation’s capital, at the age of 13, in search of scoring a well-paying job to help improve his family’s financial situation.

Srisaket initially worked as a security guard, and then as a trash collector.

Despite gaining employment, he made a low wage, and could not always buy fresh food. At times, he was forced to dig through the dumpster at a nearby department store to get his meals.

There is no substitute to quality training in the gym

“On some difficult days, I had to collect food from the trash to cook and eat in order to survive, because I did not have enough money,” he remembers.

The Thai kept applying for other jobs, but did not have any luck.

To help supplement his income, he followed in his father’s footsteps by competing in Muay Thai. In theory, it was a perfect fit.

“As a young guy who didn’t have the right qualifications to earn decent office jobs, fighting professionally was the only way I could get some money,” he explains.

“It was also something I liked, and it was a fun challenge. I saw it as a way to help better my life and future.”

Experimenting With “The Sweet Science”

As much as he tried to make it work, Srisaket’s Muay Thai career never went anywhere.

However, he discovered professional boxing, and believed he could make a smooth transition from “the art of eight limbs” to “the sweet science.”

The Thai viewed the hand-to-hand combat sport as a legitimate career option, and a way to escape poverty.

Evidently, the transition proved to be tougher than he had imagined.

Srisaket made his boxing debut in March 2009 in Japan, and lost via TKO. He returned to “The Land Of The Rising Sun” for his second bout in June, and was knocked out.

Although it was not an ideal beginning, he desperately needed to make some cash, and believed he could truly find success in boxing.

“I needed the money very badly, so I accepted the fight even though I didn’t have much time to prepare, and didn’t really know how to box. I just knew that boxing has similarities to Muay Thai,” he explains.

“There were only two paths to choose for me at that time. One was to become a boxer, and the other one was to keep on working as a trash collector. I chose the path to become a boxer, because there’s more hope, at least. There was some hope in this career.”

Despite the rough start, Srisaket was not discouraged. He remained committed to his new athletic endeavor, and soon, it paid off.

He won his first professional bout in November 2009 via TKO, and following a loss in February 2010, he joined Nakornloung Promotion (NKL) — a highly decorated team that has built several World Champions in Thailand.

The move to NKL transformed the boxing hopeful into a superstar.

Srisaket rattled off 26 consecutive victories, and in May 2013, he defeated Japan’s Yota Sota to claim the WBC Super Flyweight World Championship.

Honored to be meeting with the Prime Minister of Thailand, General Prayuth Chan-ocha @wbcboxing

Although he lost the belt in May 2014 to Mexico’s Carlos Cuadras via technical decision, he marched his way back into title contention on the strength of 15 dominant victories — all but one of them ending via TKO or knockout.

Then, in March 2017, he defeated Roman “Chocolatito” Gonzalez via majority decision in a 12-round thriller to reclaim the gold.

Six months later, Srisaket proved it was not a fluke when he knocked out the Nicaraguan in the fourth round of their rematch.

“I never thought that I would come this far, or even get to be a World Champion,” he confesses. “I only aspired to win a regional title, and maybe get on television. I wound up doing so much more.” 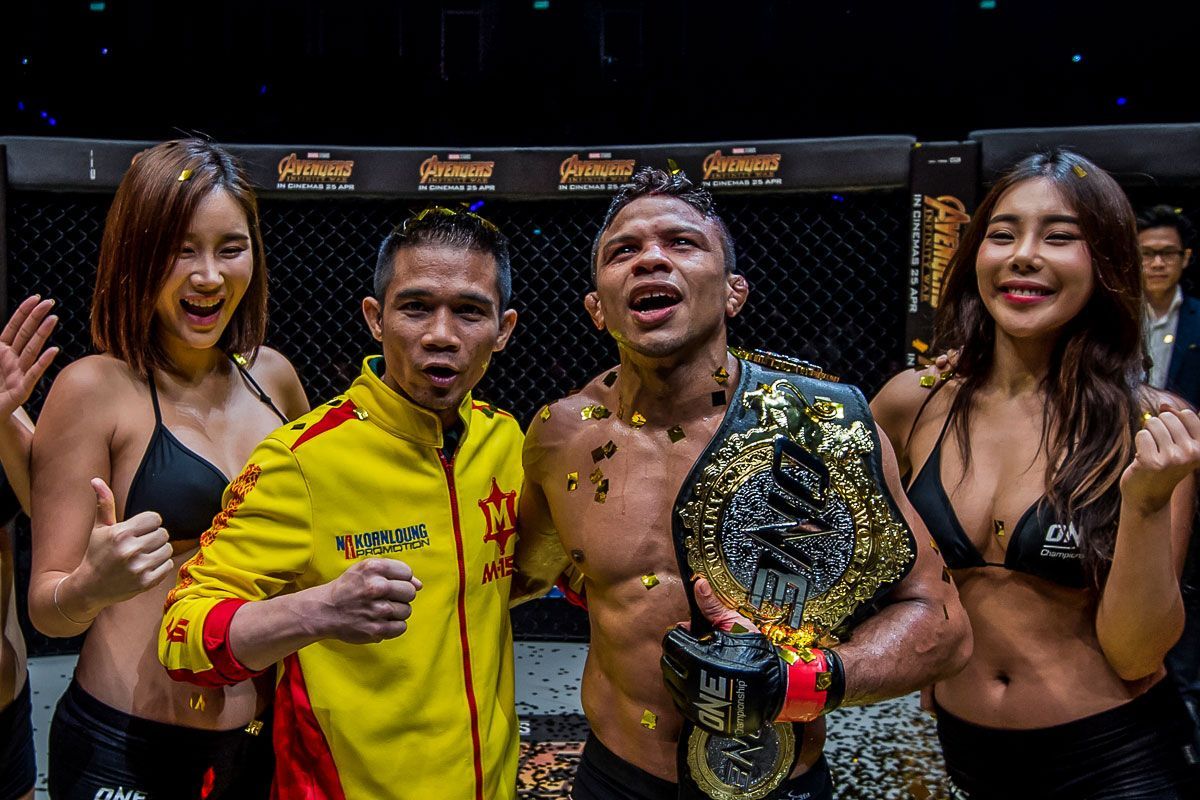 Srisaket, who previously attended ONE: IRON WILL in March, was impressed with the company’s spectacle, and feels privileged to headline the promotion’s forthcoming blockbuster in “The Land Of Smiles.”

“I am happy and honored to take part in this historic ONE Championship event,” he says.

“I was at ONE Championship’s event in Bangkok earlier this year, and it blew my mind with its world-class production, entertainment, and fights. I would also like to thank everyone who made this possible.”

At ONE: KINGDOM OF HEROES, he meets a tough challenger in Mexico’s Diaz, who has enlisted world-famous compatriots to help him prepare.

The 28-year-old Mexican is being advised by legendary four-division Boxing World Champion Juan Manuel Marquez, and recruited a key sparring partner in WBA and WBO Flyweight World Champion Juan Francisco Estrada, who fell to Srisaket via majority decision in February.

Even though Diaz is filling up his training camp with world-renowned boxers, the Thai has battled through adversity his entire life, and continues to succeed.

The sport helped him escape poverty, and led him to a World Championship on two occasions. Through victory, and his life story, he hopes to inspire others to achieve their goals.

“I know how difficult it is,” Srisaket says. “I do not want people to be discouraged. We cannot choose our lives, but we can choose to change it, and work for our dreams.”