“Super” Sage Northcutt was raised by a loving mother and father, but if there has been a surrogate parent in his life, it has been martial arts.

The newest addition to the ONE Championship welterweight roster first started training in karate as a student of his father when he was just 4 years old.

At the age of 6, Northcutt was already competing in karate tournaments. Not long after that, he was traveling across the globe to countries like Ireland, Croatia, and Russia to go up against the best martial artists in the world in his age group.

Through it all, Northcutt was not only becoming a better competitor. He was also learning at a dynamic rate, and that is something he has carried with him throughout his entire life.

“For me, as you’re learning all these new techniques and then trying to go out there and win, you’re trying to learn the fastest way possible. That way, you can become the best competitor,” Northcutt explains.

“It wasn’t so much a race as I was trying to be a sponge to learn as much as I can, as fast as I can, learn all these new moves and techniques and make it become almost like muscle memory.

“You’re always learning something different, improving, and getting better. There are so many different techniques.

“Let’s say you could know every move that karate could teach, every kick, every punch. You’re always going up against somebody who brings something different to the table and has a different style, different speed, different power, or a different way they move.

“It never gets boring. I think that’s the fact that really got me into it.”

Northcutt was a sponge, soaking up martial arts information. He also transferred that quality into his work at school, where he was an honor student, before being accepted into a prestigious program at Texas A&M University.

He credits much of his success in the books to those early lessons on the mats.

“I think martial arts also made an impact on me for studying and school,” he explains.

“It taught me to have laser focus and make sure that I’m using my time for school or for martial arts or whatever it is.

Because he started training at such a young age, Northcutt also had values like honor and respect instilled upon him from the first day he began competing.

He carries those same values today as Northcutt prides himself on always representing himself and the sport in the best way possible.

#Repost @danaherjohn ・・・ MMA star Sage Northcutt works back and triangle systems: we had a blast here in Singapore today working back and triangle systems and got an unexpected visit from Sage Northcutt @supersagenorthcutt who I have not seen since his days at Tristar gym. He did a fine job of working some complex moves – here he works the rear triangle (ushiro sankaku) – looks like he killed his partner with it! ???????? He is a fine athlete and quickly picked up these new skills. Garry Tonon successfully made weight at 155 pounds – his first outing at the new weight for @onechampionship . Now he is feeding like a lion back at the hotel! ???????? I just finished teaching for the day at @evolvemma – I will go back and see if he left any scraps for me ???????? Wishing you all the best from Singapore!

“The honor, the character, the person you are when people aren’t around,” Northcutt says when talking about the values he learned from martial arts.

“If I’m in a parking lot, and I drop a piece of trash, I’m going to make sure I go to pick up that piece of trash – even if it’s super windy and it blows across the parking lot – because I grew up with my parents where martial arts taught us character and integrity. It’s little stuff like that.

“It’s how you treat people. For instance, if somebody is having a bad day and they cut you off in traffic, or they’re mad at you, you’ve still got to treat them with respect, and be nice and kind to them. I think it definitely made a big impact on me.”

In many ways, the core values the 22-year old American picked up throughout his journey in martial arts also played a major part in his decision to join the world’s largest martial arts organization.

From sitting cage side at ONE: HEART OF THE LION to the conversations he had with ONE Chairmn and CEO Chatri Sityodtong, Northcutt knew right away that he had found a new home to display his martial arts acumen. 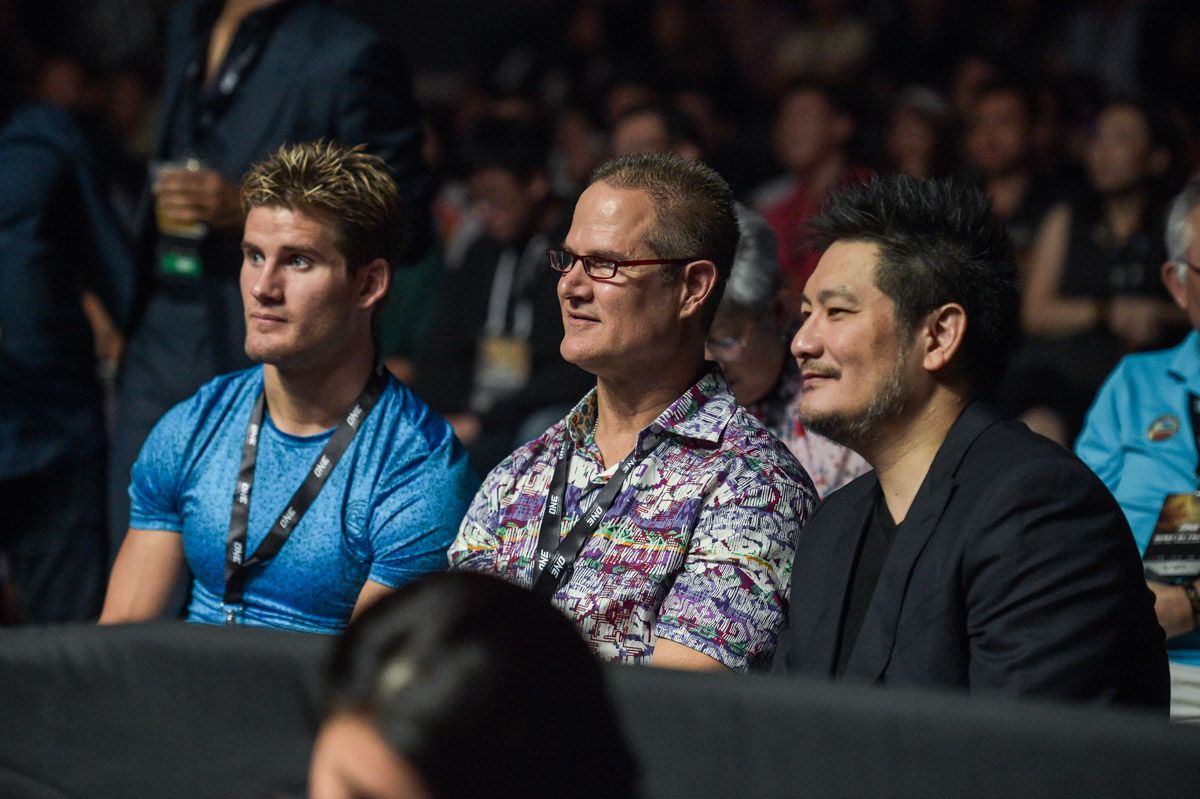 “Everyone at ONE Championship had respect for each other, and they were nice and kind. No one was trying to beat each other down with their words. Not only was that fun, but it showed the true aspect of martial arts – how it was so many years back,” Northcutt says.

“In ONE Championship, we’re superheroes. They’re all about the honor and the character of the person and of the fighter.”