Saemapetch Fairtex has come a long way from a childhood of poverty to become a Muay Thai World Champion with a starring role in ONE Championship.

This Friday, 12 April, the 24-year-old will have his name up in lights ONE: ROOTS OF HONOR in front of a crowd of thousands at the Mall of Asia Arena in Manila, Philippines.

He is set to face Ognjen Topic in a Muay Thai bantamweight clash that could be one of the most spectacular bouts of the night – and one that could propel him forward in his hunt for a ONE Super Series World Title.

Muay Thai World Champion Saemapetch is out to deliver his most explosive performance yet on 12 April! ????

Muay Thai World Champion Saemapetch is out to deliver his most explosive performance yet on 12 April! ????Manila | 12 April | 6:00PM | Watch on the ONE Super App: http://bit.ly/ONESuperApp | TV: Check local listings for global broadcast | Tickets: http://bit.ly/onehonor19

Saemapetch’s perfect 2-0 record in The Home Of Martial Arts has taken him to 119-15-1 overall, and as a member of the famous Fairtex team in Pattaya, Thailand, he is riding high at the peak of his powers.

However, all of this would have seemed like a pipedream when he was going through some incredible hardships as a child.

Born and raised in the Northern Thai city of Chiang Rai, much of his childhood was spent scavenging for bottles and junk to sell and help his family survive.

The city was a challenging environment, which offered his family no farmland to grow crops that could subsidize their meager income. They lived a hand-to-mouth existence, where whatever minute funds they could scrape together were used to buy their daily meals.

If his parents could not find work, the family had to go without food for the day.

“Sometimes we literally had nothing. Other days it was just rice mixed with fish sauce and chili flakes,” Saemapetch remembers.

They lived in a single-roomed stilt house on their grandma’s land. Sleeping and eating on the floor, the family of four shared a single fan to ward off the oppressive heat during the day and the intruding mosquitoes at night.

His parents were menial laborers. Leaving in the early hours of the morning, they set out looking for work at construction sites or local farms. If they were hired on, they could earn up to 300 Baht (about USD$9) for an entire day’s employment.

The work was never steady, so his father went out to collect bottles and junk to sell when there was nothing else to give him a wage. A good day would bring in 200 Baht for the family.

On many such occasions, Saemapetch, together with his younger brother, would join his father in searching the streets for discarded materials in hopes of turning a profit.

“From a very young age, I saw the poverty. We had nothing,” he adds.

“I wanted more for my family, and had to make it a reality.”

When he was just 11 years old, Saemapetch discovered a new way in which he could help ease his family’s burden – Muay Thai.

He got his start at the local temple fairs, but this was almost as difficult as being a menial laborer. Opportunities to compete were never guaranteed, and even when he did get in the ring, he started his career by earning just 500 Baht for a match.

However, Saemapetch was not discouraged. He believed in the martial art and saw the endless possibilities it could provide if he worked hard in training and put his best foot forward when it was time to compete.

“It provides social mobility and a path out of poverty.” 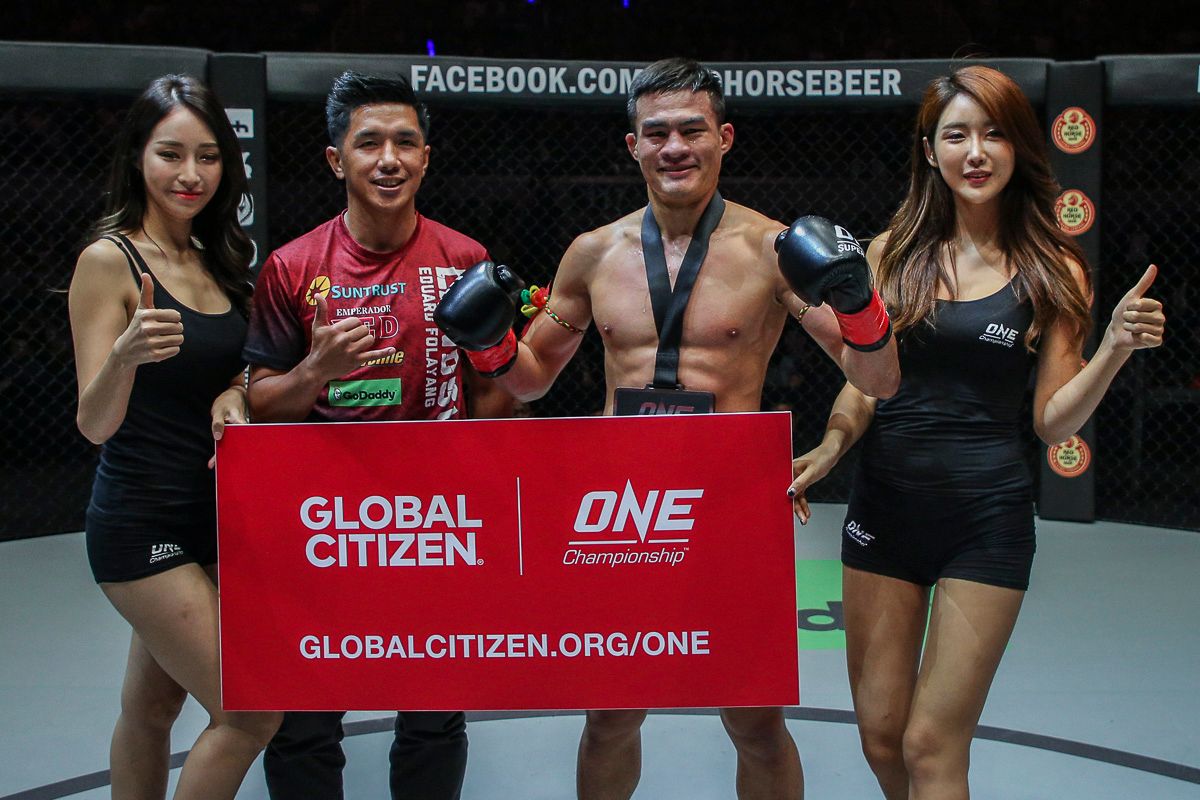 Saemapetch also credits Thailand’s ancient martial art with giving him the impetus to learn values like discipline, a way to defend himself, and even the ability to speak English.

Most important for him though, was helping his family. With the money he earned through competition, Saemapetch was able to completely renovate his family’s home to a two-story house with a tile floor and running water.

He is not done yet, though. Thanks to his spot in the world’s largest martial arts organization he is saving up to buy land for a new house for his mother.

“Competing at ONE Championship isn’t just about me – it is about making my family proud and being able to help them,” he says.