When Priscilla Hertati Lumban Gaol racked up her third consecutive victory in front of a hometown crowd in Jakarta, Indonesia, on Saturday, 12 May, she did it with a combination of relentless training and growing support from her family and friends.

The 30-year-old effortlessly submitted Filipina striker Rome “The Rebel” Trinidad in the first round of their atomweight clash at ONE: GRIT & GLORY.

Gaol, a national wushu champion and a Wushu World Championship bronze medalist, diligently trained for the bout at Siam Tigershark under head coach Zuli “The Shark” Silawanto, and was ready for any scenario.

“We prepared for everything, technically and physically,” she reveals. “I was training three times a day — morning, evening, and night.”

That hard work and dedication paid off.

As soon as the opening bell rang, Gaol attempted to engage in a stand-up battle with Trinidad, a talented striker herself who captured a Philippine National Sikaran Championship.

Trinidad countered Gaol’s sidekick and initiated a clinch, but that served to be the beginning of the end. The local favorite snaked her arm around her opponent’s neck to set up a guillotine choke, and held it tightly as she was pressed against the fence. 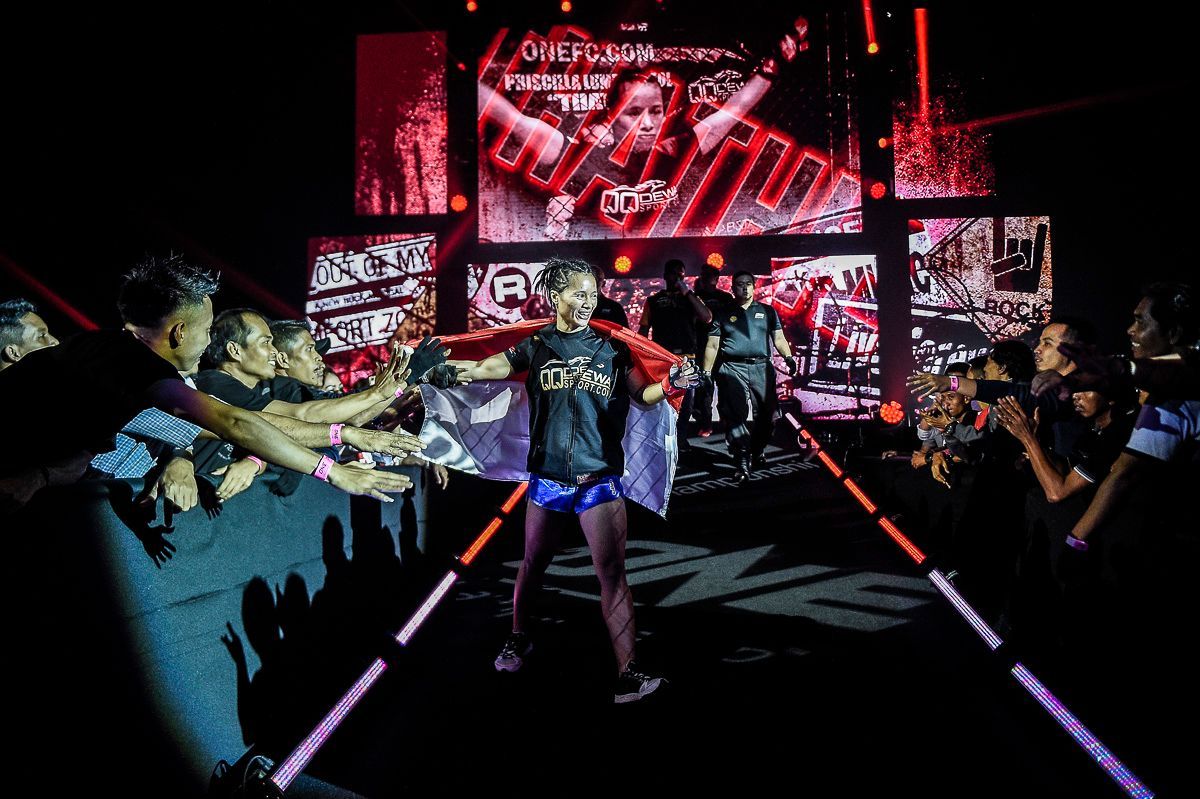 Following a brief positioning stalemate, the Indonesian locked in the hold, pulled Trinidad to the mat, and then tightened the submission. Although the Filipina desperately tried to escape, Gaol’s grip was too strong, and Trinidad was forced to tap out midway through the first round.

“Thathie” made it look simple, but it was a lot more challenging than it appeared. She acknowledges Trinidad’s talent and ability, but just happened to seize an opportunity when it was presented.

“I never considered my opponent easy. I am always fully prepared,” Gaol explains.

“Her striking is really good. Her technical skill is also good. It was not an easy fight. I just found my moment, and I took it.” 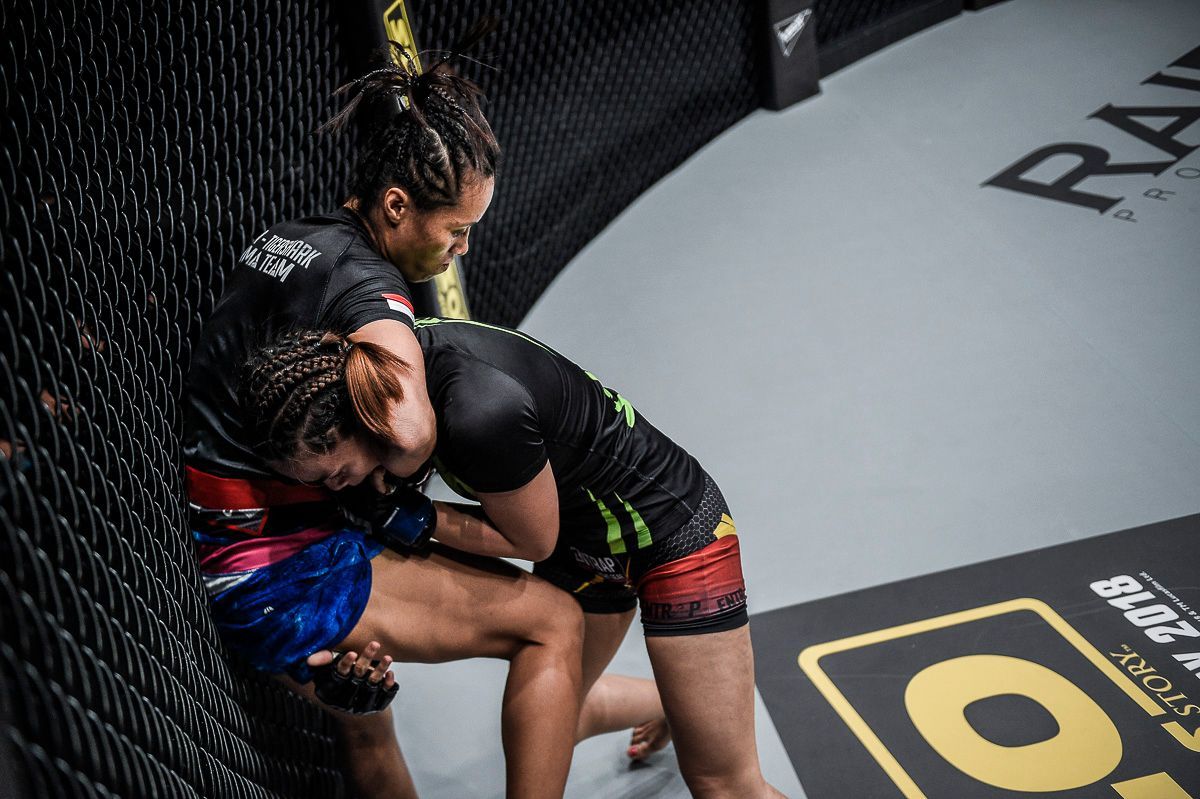 Even though she got her third win of 2018, which is also her second consecutive submission victory and the fastest overall triumph of her career, Gaol still believes her grappling is a work in progress.

“I think I am good at striking, thanks to my wushu over the past 10 years,” she says.

“That is probably stronger than my ground game. I just do not feel that is coming naturally enough yet.”

Nevertheless, Gaol is thrilled to get her hand raised, especially in front of her hometown crowd.

However, unlike her previous two victories earlier in the year, this one was extra special because there were some familiar faces in the Jakarta Convention Center. Gaol’s dad, her extended family, and her buddies were in attendance to watch her rip through Trinidad. 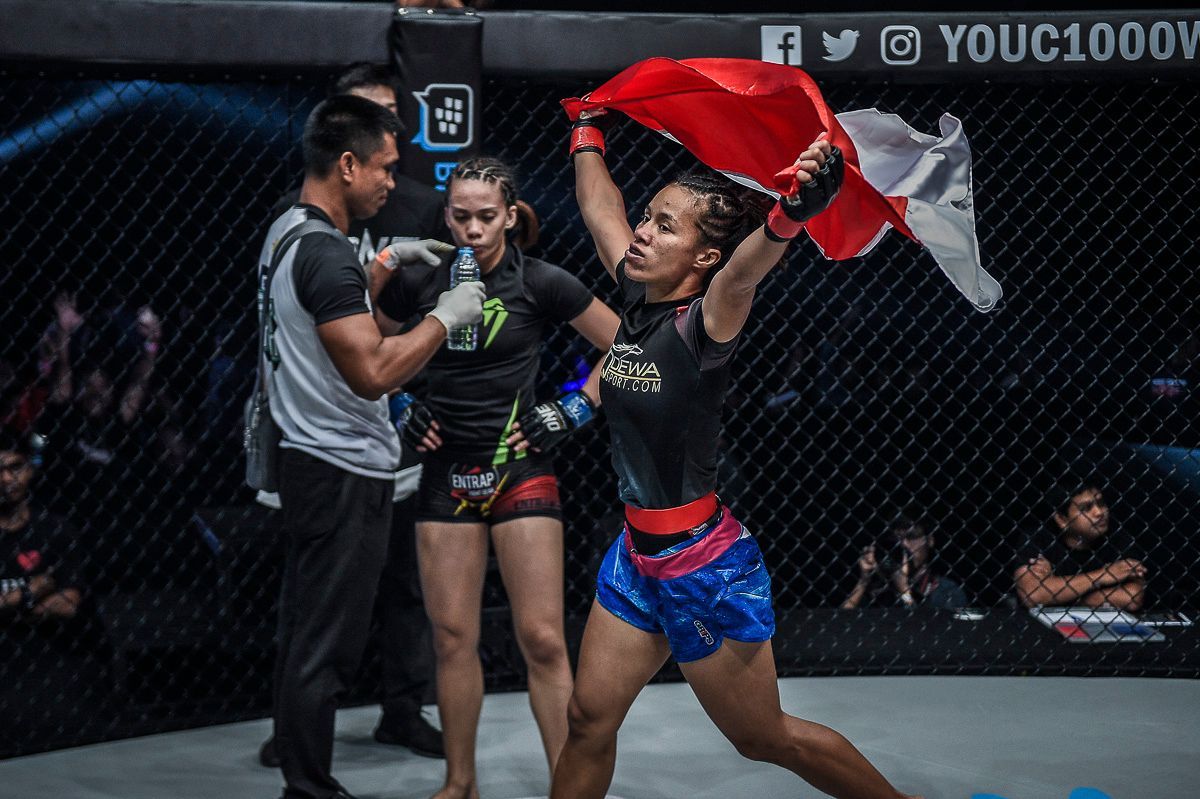 That meant a lot to the “Thathie,” who for years struggled to get her parents’ full approval. Gaol’s mother and father always envisioned their daughter pursuing a career in medicine or perhaps IT, and showed little enthusiasm towards her athletic ambitions.

The fact they have gradually come around is a huge relief, and that positively impacted the rising atomweight darling at ONE: GRIT & GLORY.

“I was really happy to be fighting at home here in my home country, and in Jakarta,” Gaol says.

“A lot of family came. My mother’s sister came. My cousin, and my church friends also came. It is a warm feeling. I feel they genuinely support me.” 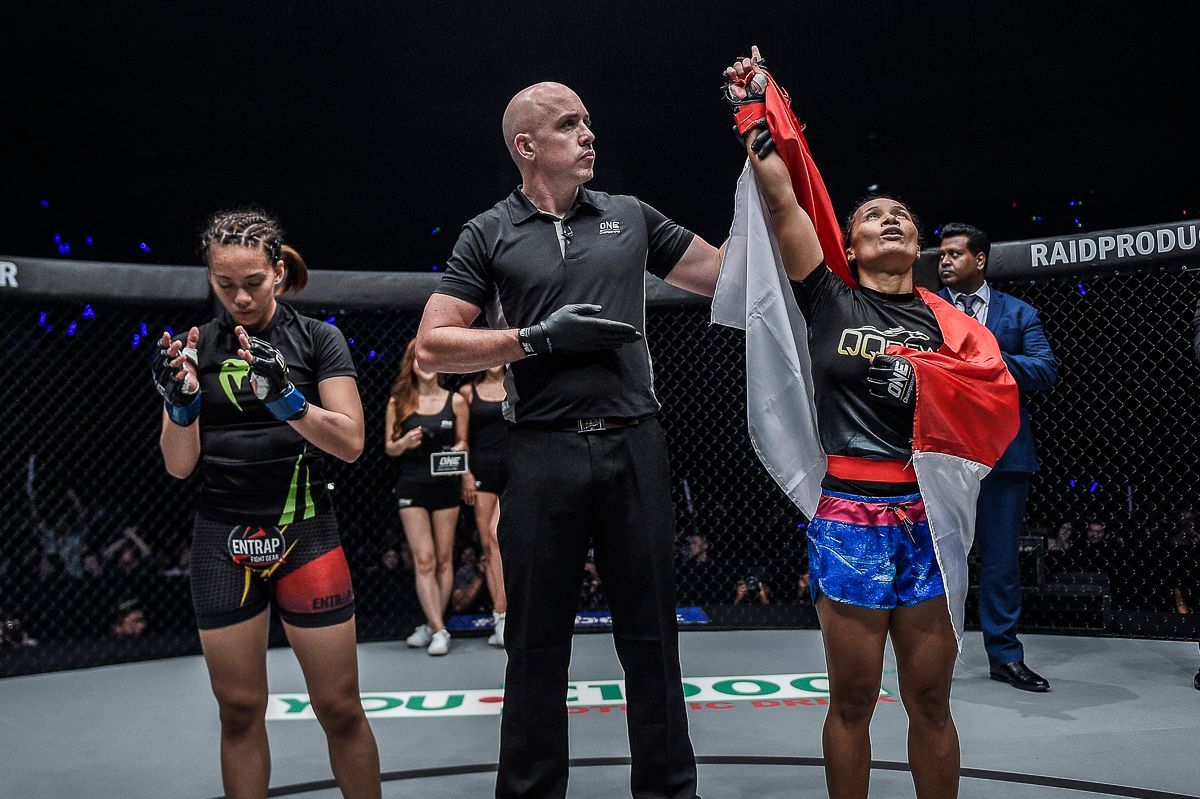 Now, with the growing support of her friends and family, Gaol can fully concentrate on her martial arts career with peace of mind.

The Indonesian will return to Siam Tigershark, where she will continue to cultivate her talent, teach classes, and mentor many of the gym’s patrons. She wants to remain as active as possible, and eventually prove she is deserving of a shot at the ONE Women’s Atomweight World Championship.

“My next goal is to always win my next fight,” Gaol says.

“Every opponent is better than me, so I must work really hard. But in the future, I want a belt.”