Nieky “The Natural” Holzken had his share of issues growing up, but he could always count on the support of his biggest fan through the good times and the bad.

The Dutch kickboxing superstar – who will challenge Regian “The Immortal” Eersel for the ONE Lightweight Kickboxing World Title at ONE: DAWN OF VALOR – endured a tough start to his early life that had a major impact on his behavior.

Holzken’s parents split up when he was a baby, and he lived with his mother and stepfather at first, but their erratic relationship did not foster a good environment for him.

“I was a little bit of a problem child when I was very young. I got kicked out of school, but that was because my situation at home was not very good,” explains the Helmond native.

“It made me angry and emotional at that time, I did not want to grow up there, so it was better to go and live with my father at my grandparents’ house.”

The Helmond native recognizes the sacrifices they made to welcome him into a home that was already crowded, and he is eternally grateful to them.

Though he still acted out, the stable environment his grandmother created and her calming presence helped him overcome his issues over time, and that made her as important to him as his parents.

“I grew up at my grandmother’s house. She’s very important to me – she’s very special – and she has a special place in my heart,” the 35-year-old explains.

“It’s very special that she [took me in] because she also had five kids, and they were still at home. We lived with eight people in one house.

“She always helped me and protected me. She was like a mother figure around me. If I am at her house, I don’t call her grandmother, I call her mother.”

Thanks to her influence “The Natural,” got a stable job when he finished school, but he soon left that world behind to focus on his passion.

Holzken decided to commit all of his efforts to martial arts, and he had the innate talent to take aim at the very top. However, he required a ton of hard work to get there, and some sage advice from his grandmother helped him to stay humble, and on the right path toward his goals.

“The greatest lesson she taught me was to just stay yourself and don’t show off too much,” he reveals.

“[She said], ‘Whatever you achieve in your life, just stay Nieky Holzken,’ and that’s it. If she wasn’t here, then maybe I would have gone a very different way in my life.”

Holzken worked his way to seven kickboxing World Titles, and in Jakarta, Indonesia this Friday, 25 October, he hopes he can make it eight.

Whatever the outcome, he already knows that his family back in Helmond will be beaming with pride because of how he has conducted himself throughout his career, and how far he has come.

“She always supported me, and she was always very proud of me,” says “The Natural.” 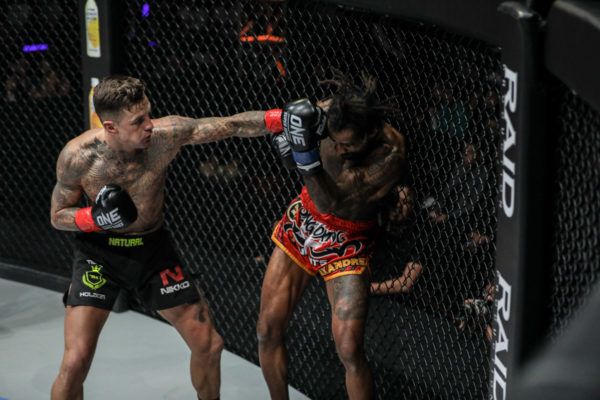