Masahide “Crazy Rabbit” Kudo’s reputation precedes him. Among kickboxing fans, especially in his native Japan, his name is associated with highlight-reel knockouts and thrilling bouts.

The REBELS Muay Thai and RISE Featherweight Champion has risen through the ranks from nothing to become a fan favorite for his all-action style of competition – he often throws caution to the wind to chase victory and entertain with his aggression and heavy hands.

He has made his mark in his homeland, and now he wants to break out on the global stage against five-time Muay Thai World Champion Panpayak Jitmuangnon at ONE: IMMORTAL TRIUMPH.

Ahead of this explosive ONE Super Series flyweight kickboxing match-up on Friday, 6 September in Ho Chi Minh City, Vietnam, get to know how Kudo became such an exciting, world-class athlete. Kudo was born in Takasaki, which is part of the Gunma Prefecture in Japan’s Kantō region.

He had a carefree upbringing, but admits a lack of focus at school in a town that was far from the bright lights of the city meant he lacked direction.

“I was very cheerful. I loved comedy and was always messing around with my friends. The hardest thing for me was to study,” he reveals.

“I studied, but I wasn’t good at remembering things! I hated all of it! I really didn’t think about my future and what I might do. I just wanted to graduate high school and find a job.”

Although he was inspired by his older brother to play baseball from third grade, he admits he was not that interested in the sport and did not have many athletic inclinations until he saw martial arts on TV.

“I loved K-1 at the time, and was always watching it on TV, so wanted to try kickboxing. I wasn’t serious, but I started it as a hobby in Gunma,” he says. Kudo moved to Tokyo after high school and began working in a bakery to pay his way while he began life at one of the best kickboxing facilities in Japan – Shinjuku Lefty Gym.

There were around 10 active professional kickboxers there, and their ambition motivated him to dedicate his life to a new goal.

“Working in the bakery was just a job. I thought nothing of it, but I realized that if I kept going like that, it would be a waste, and my life would be over,” he says.

“That was the first time in my life I became serious about something. In Tokyo, I was working and training, and then I thought it would be interesting to try competing, so I quit my job and aimed to become a professional kickboxer at Lefty Gym.”

He realized he could make a living from his new passion, and work towards something important in his life.

“Crazy Rabbit” became a live-in student at the gym. He did not have to pay rent, and he made a living as a coach between training sessions.

It was a demanding existence that few are cut out for. Despite the hard sparring – knockdowns and knockouts were normal – Kudo thrived and his training set him up for success.

“I was the only live-in student. There were others, but they gave up quite quickly, so in the end, it was only me,” he explains.

“We trained in the morning, then I taught classes. We trained again in the afternoon, followed by teaching again, and we trained again at night. I didn’t have much money to live on, but it massively built my mental strength. It was a hungry way of living.

“I said to the boss I would continue as a live-in student until I became a champion. Then, in 2015 when I became REBELS champion, I moved out.

“I was so happy when I became champion. I’d done baseball and various other things, but hadn’t stuck at one thing properly, so I was ecstatic when I won my first title and left my name in the record books.

“It was my first title match, so the pressure was great, and I was very nervous, but that helped to keep me focused.” 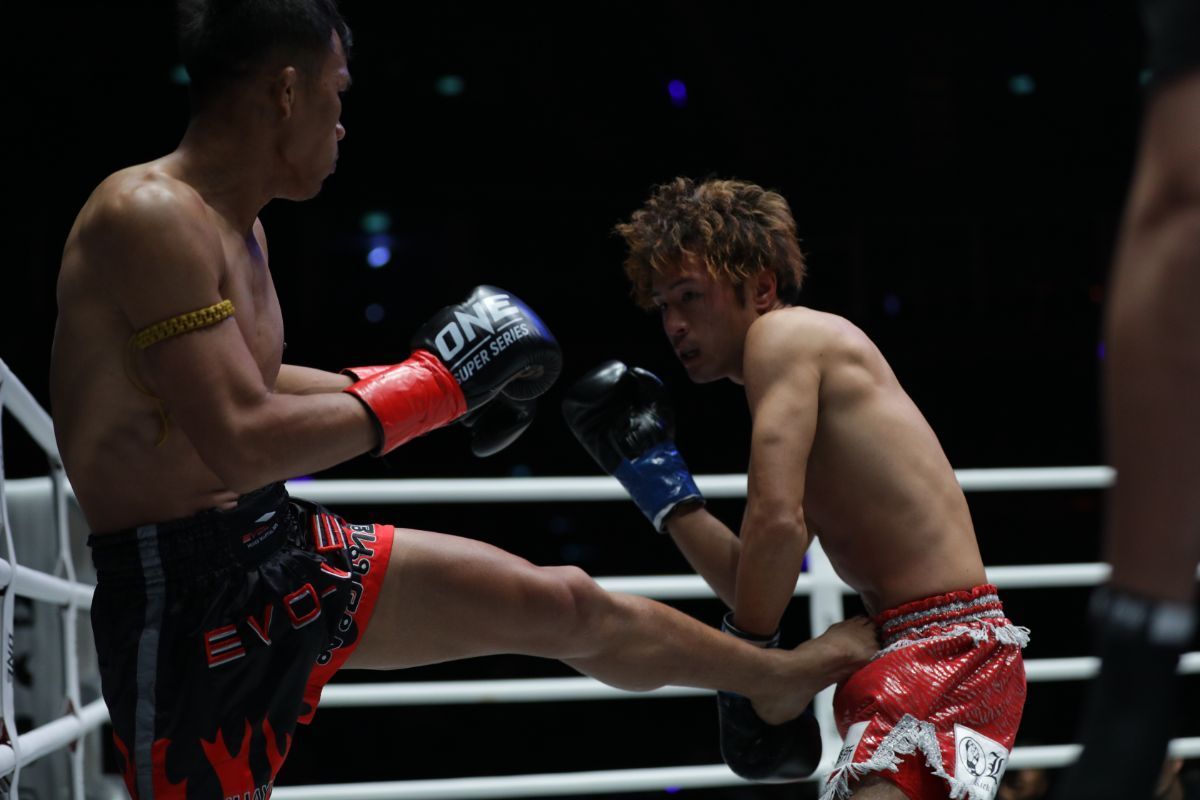 Professional kickboxing is not for the faint-hearted, and Kudo had to prove his inner strength to survive through some hard times.

When he suffered a devastating injury in a high-profile match earlier in his career, he had to stop training to heal and he lost his drive. With a little help, however, he rediscovered his warrior spirit.

“Breaking my orbital bone was the worst. That happened in the first round of the REBELS 55-kilogram tournament against the now RISE champion Masahiko Suzuki. His punch was incredibly hard!” the 28-year-old says.

“My motivation went down, but with the support of my teammates, I turned it around, recovered, and got motivated again.”

Also, after he won his first belt, the Shinjuku Lefty Gym representative suffered two losses and started to doubt his future in the sport again, but his team and family rallied around him to keep him going.

“I lost by KO in the first round of the BLADE FC Cup, and in REBELS I lost to Eisaku Ogasawara in less than two minutes,” he explains.

“I thought then that maybe it was time to quit. I told my boss, Kenichi Hamakawa I was going to quit, but he gave me warm words of encouragement.

“My parents also still supported me, and my friends said they wanted to see me fight more, so all these voices around me changed my mind. I’m really grateful to them now when I think about it.”

The Thrill and the Future 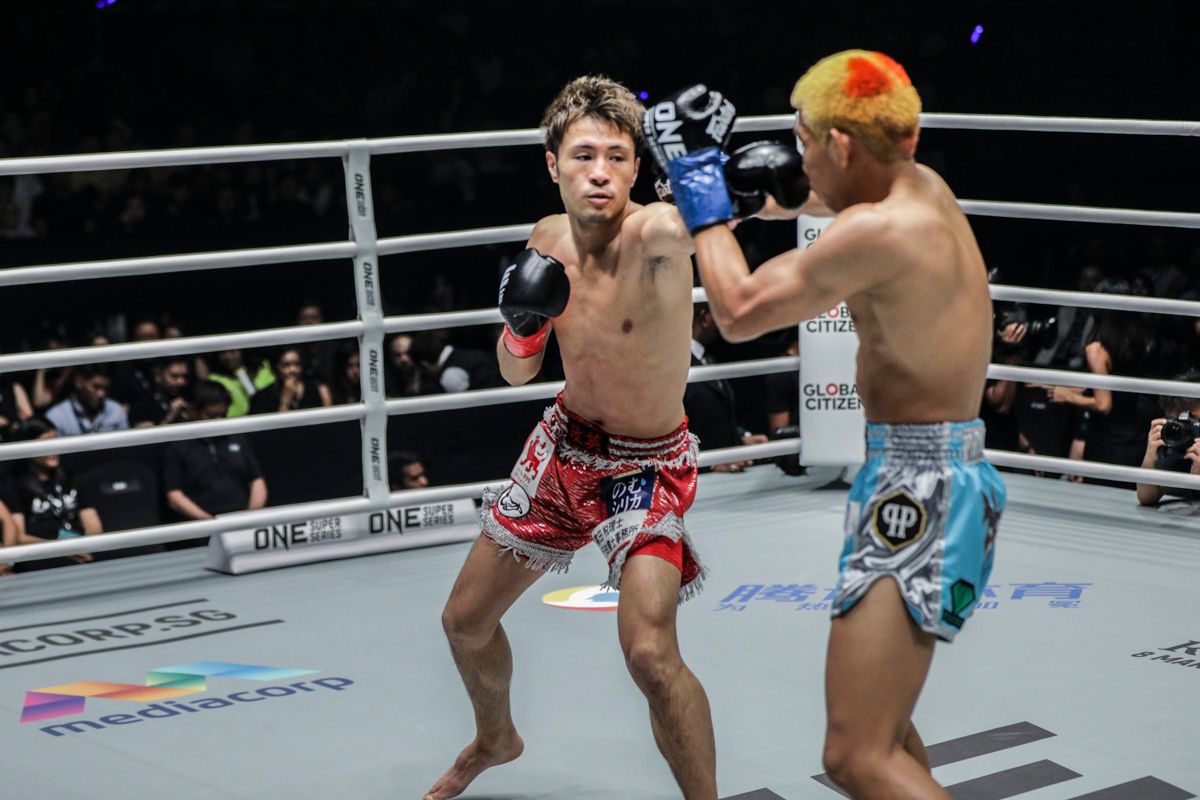 The Japanese kickboxing organization is known for showcasing some of the best athletes from around the world, so he proved he was one of the elite athletes in his sport.

He is also one of its most exciting athletes, thanks to his willingness to trade strikes in wild exchanges like the iconic, two-time K-1 World Max Champion, Masato.

“I thought [Masato] was great. He was really cool, and his attacks were aggressive,” Kudo says.

“Exchanging blows in a bout is the most fun part of kickboxing. It’s something you just can’t do normally in life! The nervous energy and the thrill, and when you win, everyone around you is happy. That’s what it’s all about.”

“Crazy Rabbit’s” proclivity for going toe-to-toe, his knockout ratio – 13 of his 19 wins have come by KO – and connection with the fans made him a perfect fit for ONE Super Series, and he is looking forward to making a name for himself in front of an international audience.

Following two fast-paced bouts, he is looking forward to the challenge of Panpayak, but he is dreaming about the kind of action he would create with some of the other members of the roster, too.

“I want to fight Rodtang. His fights are really fun, and I think our fight would be incredibly fun,“ he says.

“Rodtang uses more power than technique and has a very aggressive style, so I’d love to face him. I also want to face an American fighter. I think we’d exchange bombs and the fans would love it.”