“Jungle Cat” Muhammad Aiman has a huge task in front of him on 8 September.

His opponent at ONE: BEYOND THE HORIZON in Shanghai, China, will be the undefeated“Rock Man” Chen Lei, who has won all four of his ONE Championship bouts via stoppage.

However, the talented 23-year-old from Malaysia is heading into his next bout full of confidence, after the lessons he learned from his only professional defeat helped him to evolve exponentially as a mixed martial artist.

As the old adage goes, your next bout is always your most important – and that was particularly resonant after his first promotional blemish against Filipino flyweight contender Danny Kingad.

Muhammad admits defeat led him to question his abilities, and he was desperate to get back in the cage to prove – to himself and the world – he belonged on the same roster as the best mixed martial artists on the planet.

The "Jungle Cat" Muhammad Aiman was on the prowl against "The Pugilist" Yang Fei.

Posted by ONE Championship on Sunday, March 4, 2018

So when Muhammad was offered a short-notice bout with “Peter Pan” Yang Fei at ONE: IMMORTAL PURSUIT last November, he did not hesitate to accept it.

It would be the most significant match-up of his career – not just because of the chance it gave him to put his career back on track. He was also experiencing a financial strain due to a lengthy layoff from action, and by competing on the global stage for martial arts, he could continue to support himself.

“I fought in April, and then I took a long break,” he recalls.

“Then on two weeks notice, I got that fight [with Yang]. I was trying to find a government sponsorship in Malaysia, and then I got it right before that fight, so everything just fell into place.”

Following just one week of preparation at Bali MMA, Muhammad flew to Singapore for event week, then stepped into the cage to square off against Yang at the sold-out Singapore Indoor Stadium. The bout was contested at a catch weight of 69.4 kilograms. 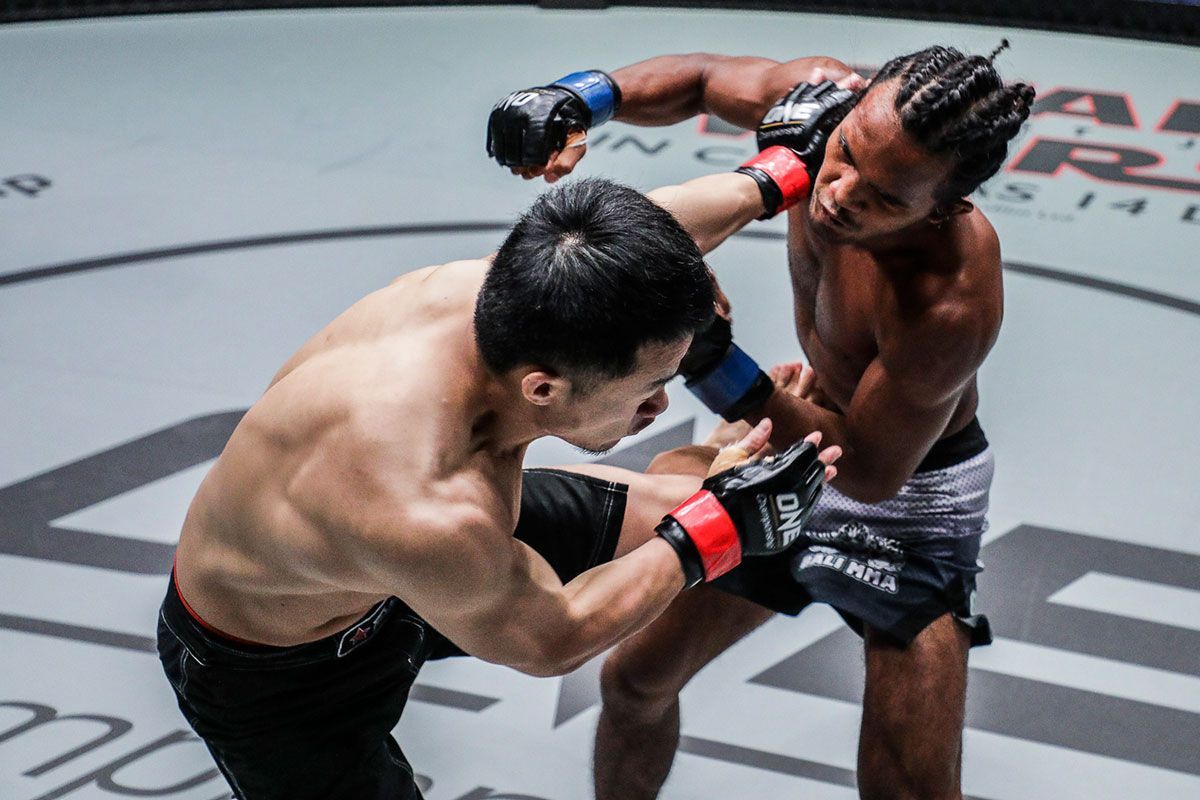 Although the Malaysian’s confidence had been shattered in his last bout with Kingad, he took away a valuable lesson.

From a technical standpoint, he admits he had difficulty competing against shorter martial artists who had a knack for grappling. That was his downfall against the Filipino, but he knew he could correct himself against his similarly-styled Chinese foe.

“I got taken down [by Kingad], so I was trying to figure out how to deal with the takedown and deal with shorter guys,” Muhammad reveals.

“I saw it, but I was too late – I had already lost the fight. That night, I saw it, and I figured out how to fight shorter guys. Fighting Yang was a chance for me to test myself again, and against a really similar opponent, too.

“When I was fighting a shorter guy again, I was wondering if I would know how to beat him, so having that fight was really important to push my confidence. I wanted to show I can fight anybody, and still do great.” 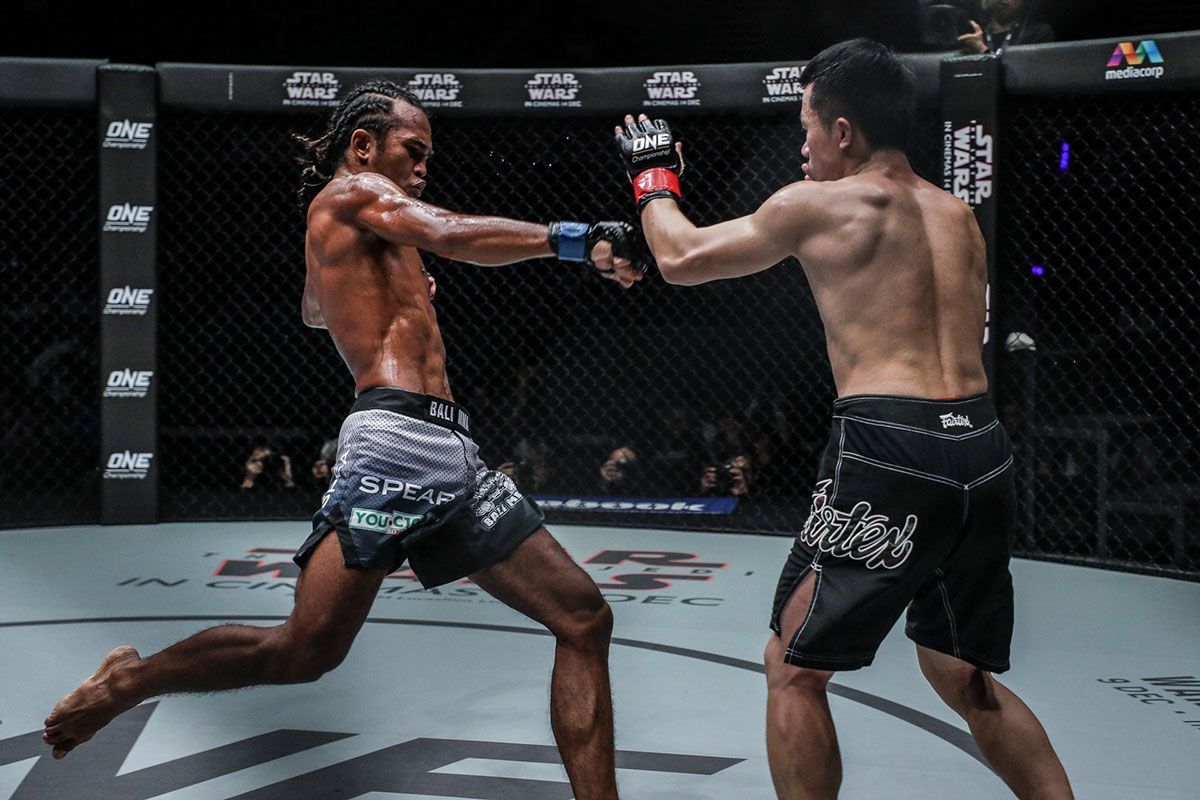 Muhammad, who held a 4-centimeter height advantage, applied his newfound knowledge to the tilt with “Peter Pan.” It paid off.

The Malaysian was highly active with his offense in the opening stanza, as he established his range, mixed up his striking combinations, and connected with a healthy dose of leg kicks.

Yang tested the “Jungle Cat” in the following two rounds by shooting for takedowns, and a few attempts were successful, Muhammad quickly returned to his feet, and then continued to batter his Chinese rival using his ferocious stand-up prowess until the final bell sounded.

Although he did not finish Yang, Muhammad was able to showcase his improved skills. He left the Singapore Indoor Stadium with a unanimous decision victory, as well as his confidence restored. 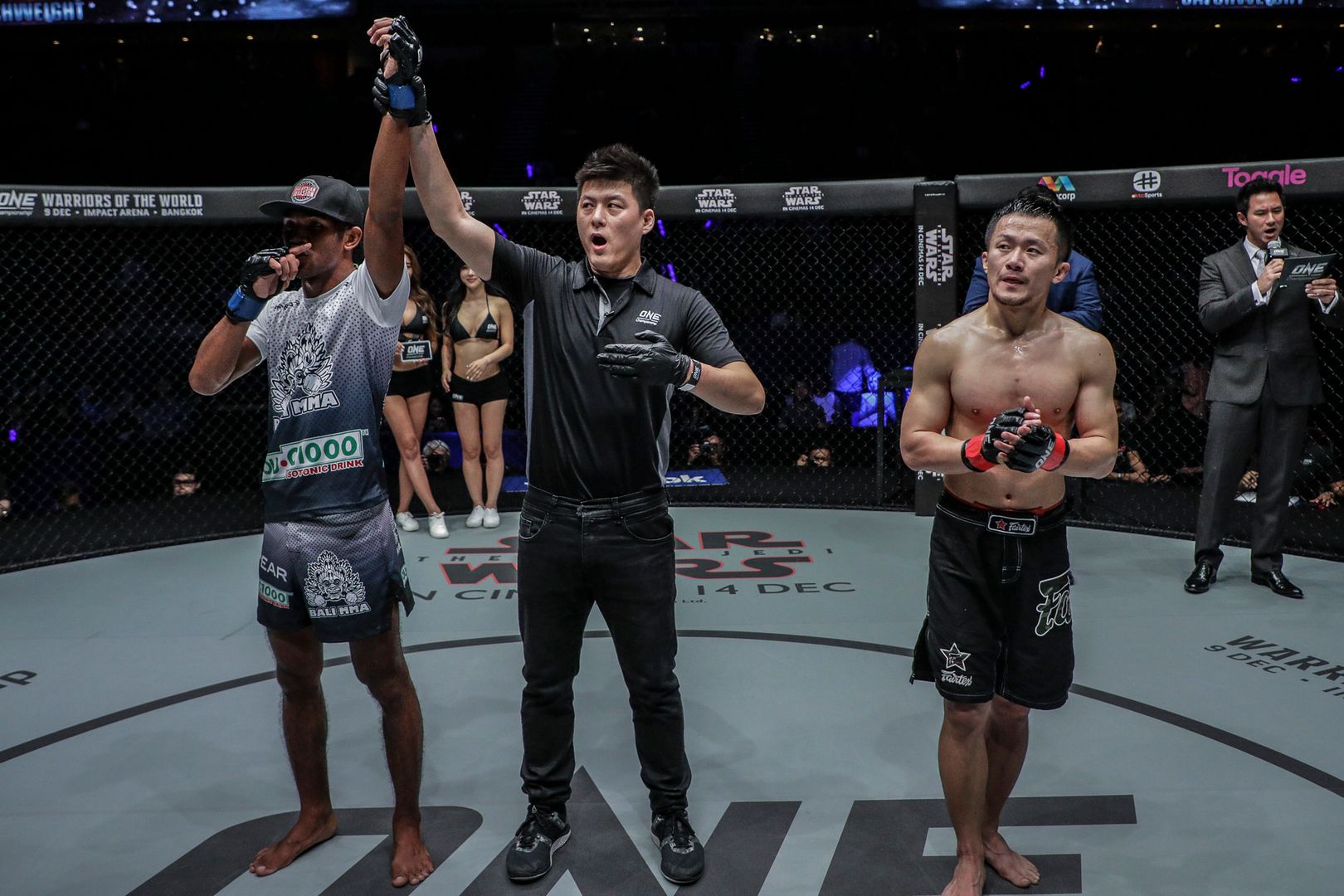 “It was a relief. I just needed to keep doing what I was doing, so it was a very satisfying moment,” the Malaysian says.

“After I won, I went up to Gianni Subba and told him it felt really good to win again.”

Five months after that victory, Muhammad continued his resurgence with another unanimous decision win against Cambodia’s Rin Saroth – putting him on a two-bout win streak and increasing his tally of successes in ONE to four.

He can extend that on Saturday, 8 September, if he can take out Chinese hero “Rock Man” Chen Lei in a bantamweight bout at ONE: BEYOND THE HORIZON.