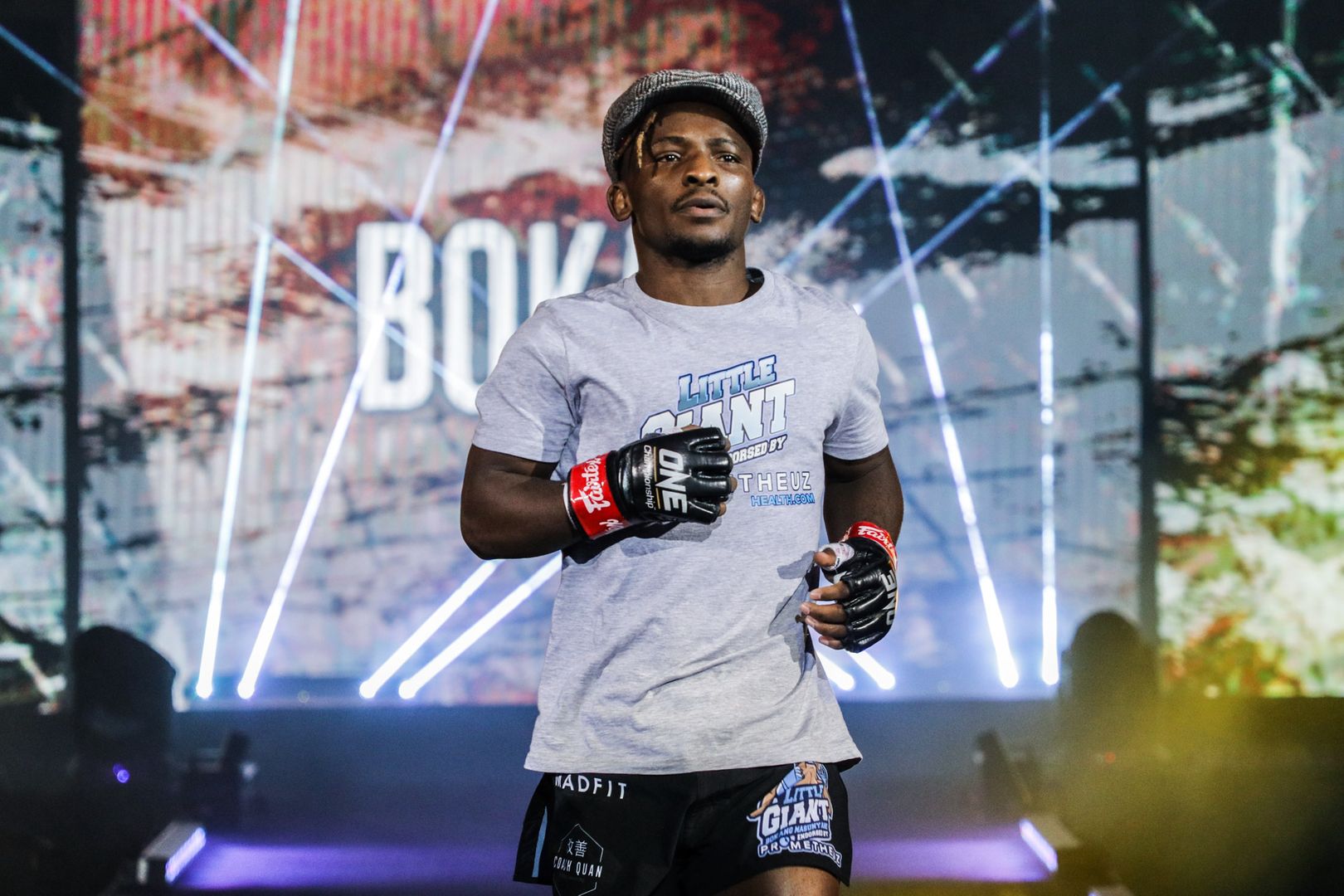 Top-ranked strawweight contender Bokang Masunyane has worked hard to overcome many obstacles in his life, and he’s not about to stop now.

On Friday, 22 April, Masunyane will face the toughest test of his career when he battles #2-ranked Jarred Brooks at the ONE: Eersel vs. Sadikovic live event in Singapore.

But just like every other test he has encountered in his life, the undefeated South African phenom known as “Little Giant” wants to prove that he can prevail regardless of the circumstances.

Masunyane’s desire can’t be broken, and should the 27-year-old Johannesburg resident rise to the challenge, then he’ll earn a shot at ONE Strawweight World Champion Joshua Pacio.

Before that high-stakes clash in “The Lion City,” find out how the South African star’s willpower was forged and how he learned to succeed despite the odds stacked against him.

Looking For Hope In A Turbulent Childhood

Bokang Masunyane was born in Lesotho – an enclaved country in the middle of South Africa – but he didn’t stay there for long when tragedy struck his family.

His mother – the sole provider for her four children – died when “Little Giant” was just two years old, and he was sent to Johannesburg to live with his aunt. However, with little in the way of finances and her own children to look after, Masunyane and his siblings were eventually placed in an orphanage when he was six.

It wasn’t easy to move from family to strangers, but the always-positive strawweight tries to look at what he gained from the experience.

“To be honest, I did have bad times, but mostly, I try staying positive and remembering all the good times that have happened in my life. And for me, I think it was a part of discovering myself and learning what I love. Knowing that I didn’t have a mother or father to look out for me, I was always grateful for the people around me that actually looked after me.”

As the youngest, Masunyane had his siblings around him for support when times got tough, even though it could be a dog-eat-dog environment.

“I was very close with my brothers and sisters, even though I knew that they were also going through some difficult times. I think for us it was a game of survival. They also had their own story that they had to rewrite,” he offers.

Although he tried his best in the classroom, academics were never Masunyane’s strong suit, so he decided to find his way in the world by committing himself to what he was good at. Ultimately, that turned out to be athletics.

“I excelled at a lot of sports. I enjoyed playing soccer. I’ve enjoyed doing athletics, and I did a bit of gymnastics every now and then. But there was so much variety within the orphanage which you could choose, and I found my passion in wrestling.”

Finding An Escape Through Wrestling

Bokang Masunyane already had a passing interest in martial arts through Jackie Chan and Bruce Lee movies, and he also watched professional wrestling.

However, it was an altercation on the playground that actually led him to find his love of freestyle wrestling when he was seven years old.

“I was playing on a jungle gym with one of my friends, and one of the other kids said something to him. I honestly don’t remember what he said, but he triggered me because my natural instinct was to protect my friend from harm.

“The guy then kicked my friend, so I threw him off the jungle gym, jumped all the way down, sat on his chest, and started punching him. My cousin stopped me and told me, ‘No, you shouldn’t fight. It’s not good for you. You should try joining wrestling because you are very strong for a small boy.’ And that’s how I started my wrestling journey.”

From the first time Masunyane stepped onto the mats, he was all-in. Not only did he connect with the sport almost instantly, but it also served as a much-needed escape from the world.

“I went to my first practice and after that, I was literally hooked and obsessed. All I wanted to do was to just go train wrestling and enjoy myself. Mentally, just being there, not thinking about everything else that was happening in my life, it was a getaway,” he says.

That obsession helped him achieve immense success all across the African continent. And once “Little Giant” felt like he had reached all he could in the sport, he made the transition to mixed martial arts.

“I won 23 national titles, I won three African Championships, and I competed at the Commonwealth Games. So I took it quite far, but unfortunately, wrestling in South Africa is not as big as wrestling everywhere else around the world. You can’t make a living out of it, and the best alternative was MMA.

“As soon as I started learning about MMA, I developed a love for it. I decided to see how far I could take it. Everyone around me was very supportive about it, and from then, I just excelled at it.”

Bokang Masunyane’s belief that he could build a better life by committing himself to martial arts has paid dividends. However, he wasn’t always so confident.

In fact, he had to battle hard to overcome the stereotypes that were placed on him from being in the care system, and he also found it difficult to integrate himself with the world outside of those walls, too.

“Coming from the orphanage, I felt like I was left out. I really felt like I was behind with everything in life. Everything else around the world carries on and evolves, but all I did was go from the orphanage to school and back. I went into the real world feeling left out and feeling uncomfortable at the situations I was in. The truth is, I had to fight against my insecurities to feel secure with myself, knowing that I am just like any other human being.”

But nowadays, it’s one of the things that pushes “Little Giant” to succeed.

The South African phenom wants to show children who are in a similar position that they can achieve great things, even if their lives began with fewer privileges and opportunities than others in society.

“The first thing [that motivated me] was to show to the kids in the orphanage that there are opportunities available, you just need to make the right choices in life and stay consistent. But I realized while I was doing that, I automatically motivated other people around me.

A Global Stage To Inspire

ONE Championship is the perfect platform for Bokang Masunyane to show the world that you can achieve anything if you set your mind to it and do the work.

“Little Giant” is now 8-0, the #1-ranked contender in the strawweight division, and he could potentially make history for his nation by securing a World Title shot and even become the first South African ONE World Champion.

“Signing [with] ONE actually played a very big role in my life. The fact that I’m fighting for ONE – which is one of the best MMA organizations in the world – means I’m at the highest level of mixed martial arts. And that means if I put all the effort and put all the time in, I can actually become something.

“From the fact that I was able to make it into ONE, I now believe that it’s possible for me to become a World Champion in ONE and be considered as one of the best fighters in the world. And that’s what I’m aiming for.”

Knowing how hard he has worked to get here, Masunyane will not let anyone take his dreams from him without it being the toughest fight of their lives.

“As much as I have respect for all the fighters in my division, I just believe I have something special to become the World Champion, and I’m definitely the hardest guy any of these guys in my weight will ever compete against.” 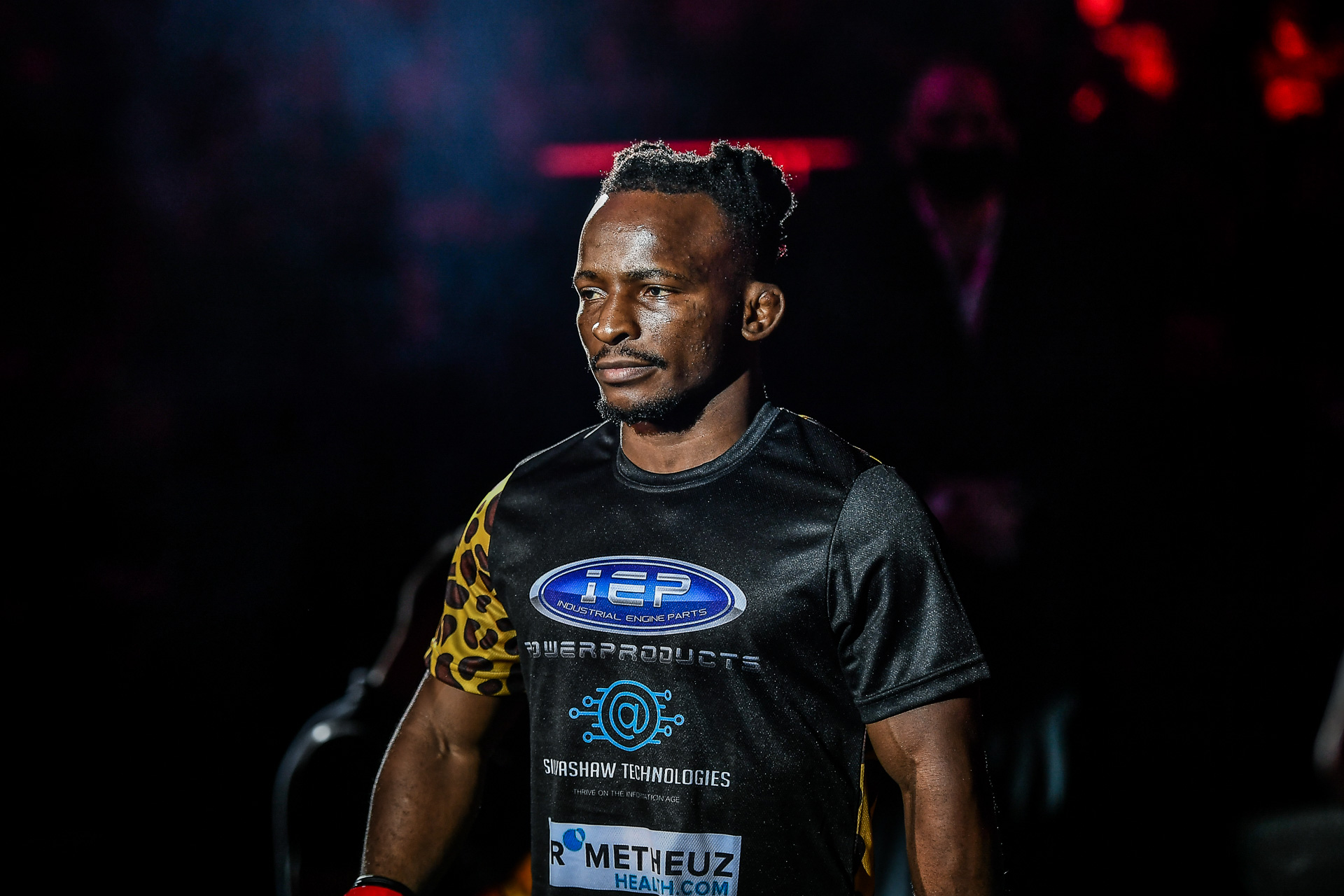 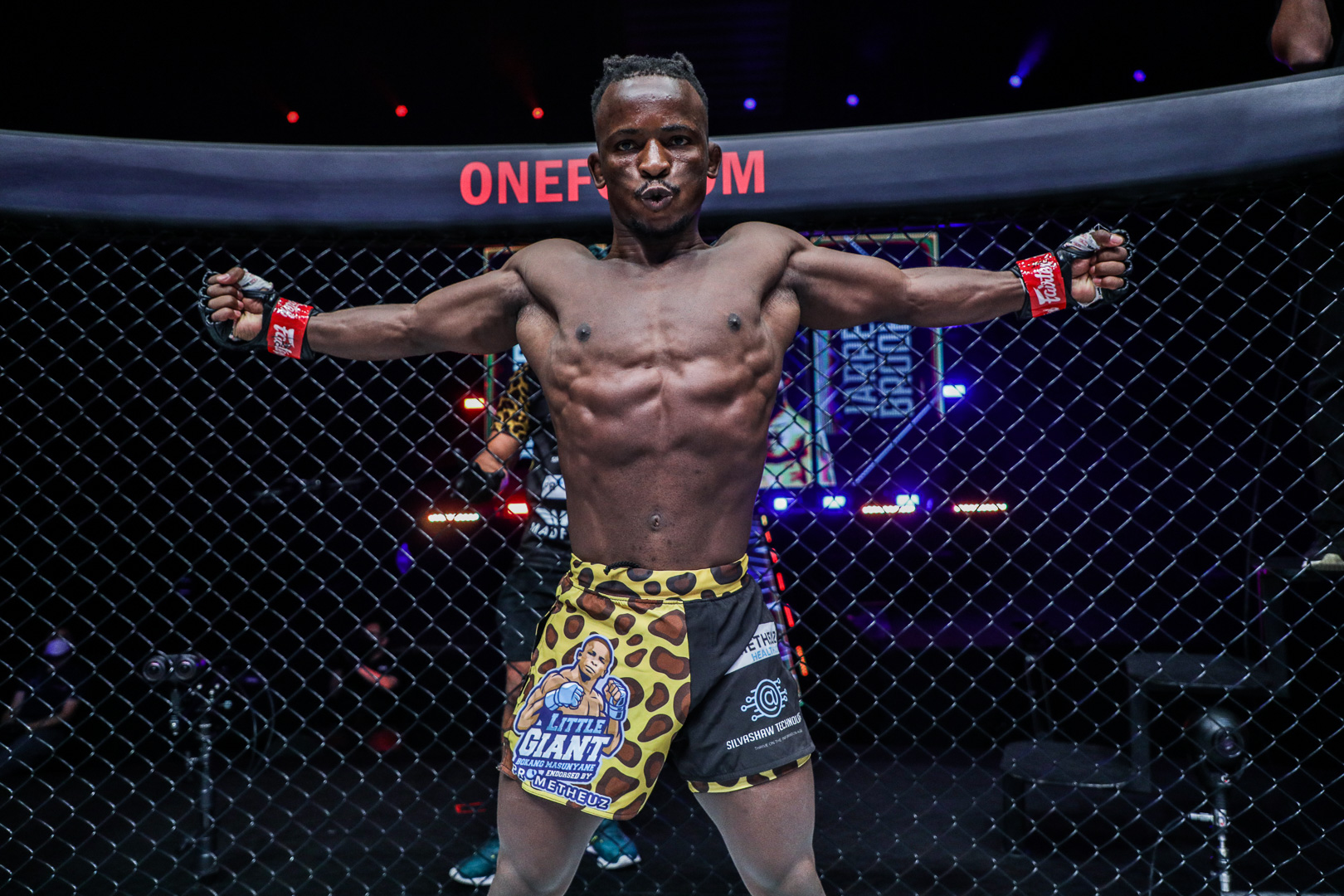 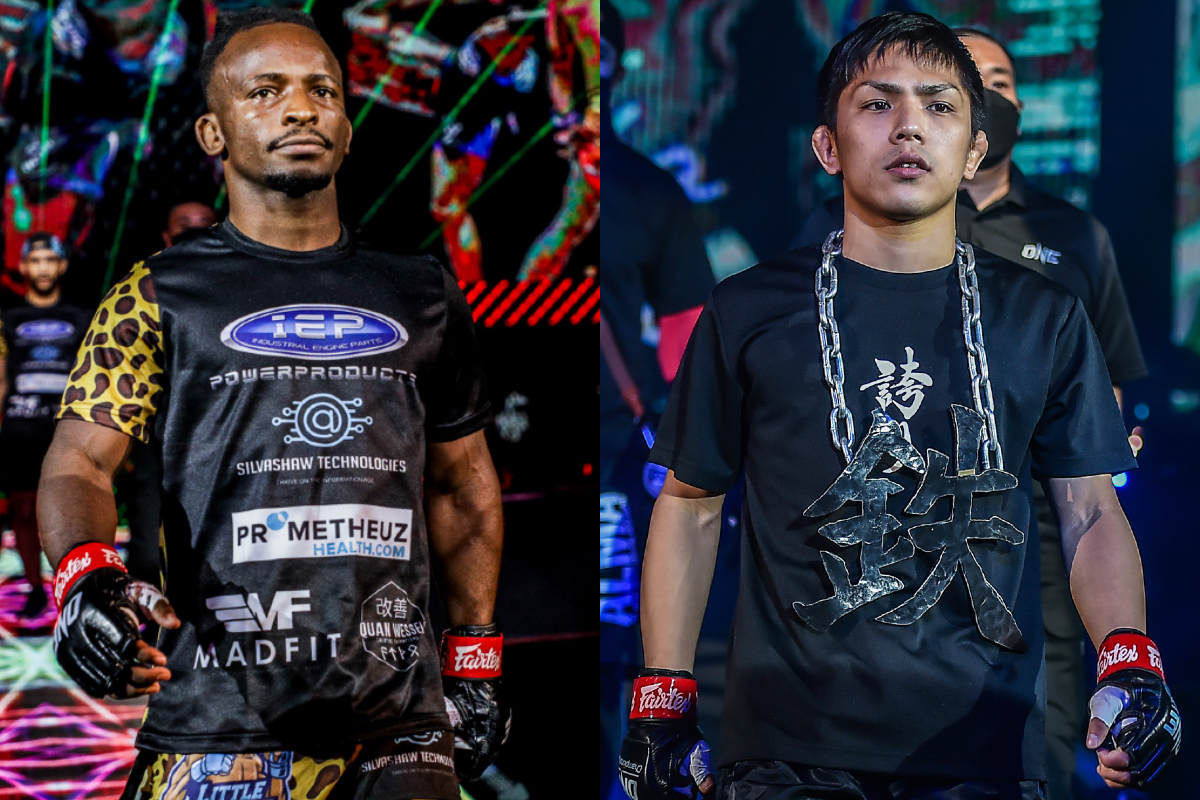 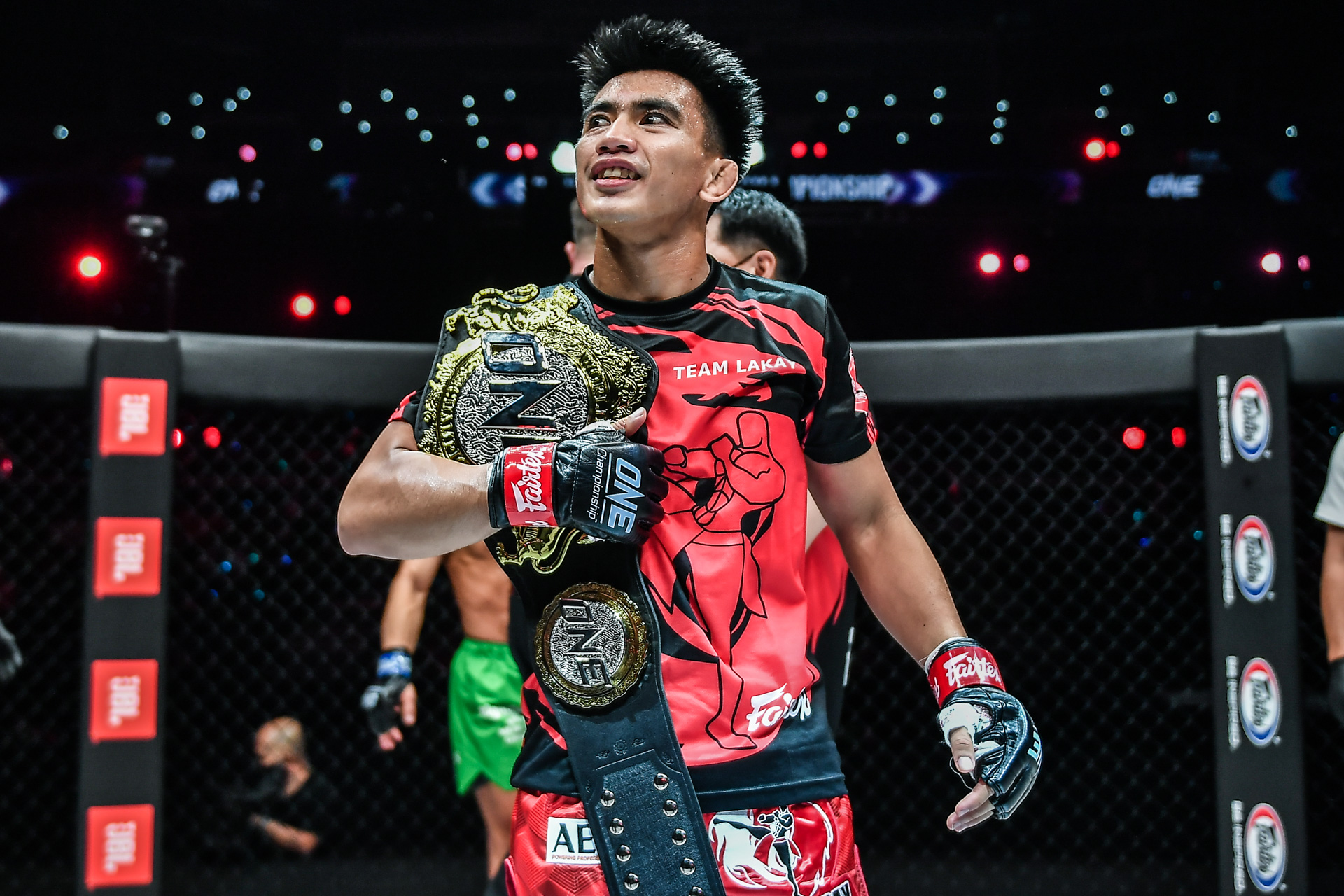