Vitaly Bigdash had a nomadic childhood as his father moved the family around Russia, but he finally found a sense of belonging when he began to practice martial arts.

That was the start of a remarkable journey that took the middleweight warrior all the way to the pinnacle of mixed martial arts as the ONE World Champion.

Bigdash may have lost the belt, but he has won his way back into contention, and now he is set to face Aung La “The Burmese Python” N Sang at ONE INFINITY 1 that will end their epic trilogy and could put him back on top of the world.

Ahead of that long-awaited rubber match, the 35-year-old remembers his road from his first steps as a karateka to The Home Of Martial Arts.

Heroes Of The Silver Screen 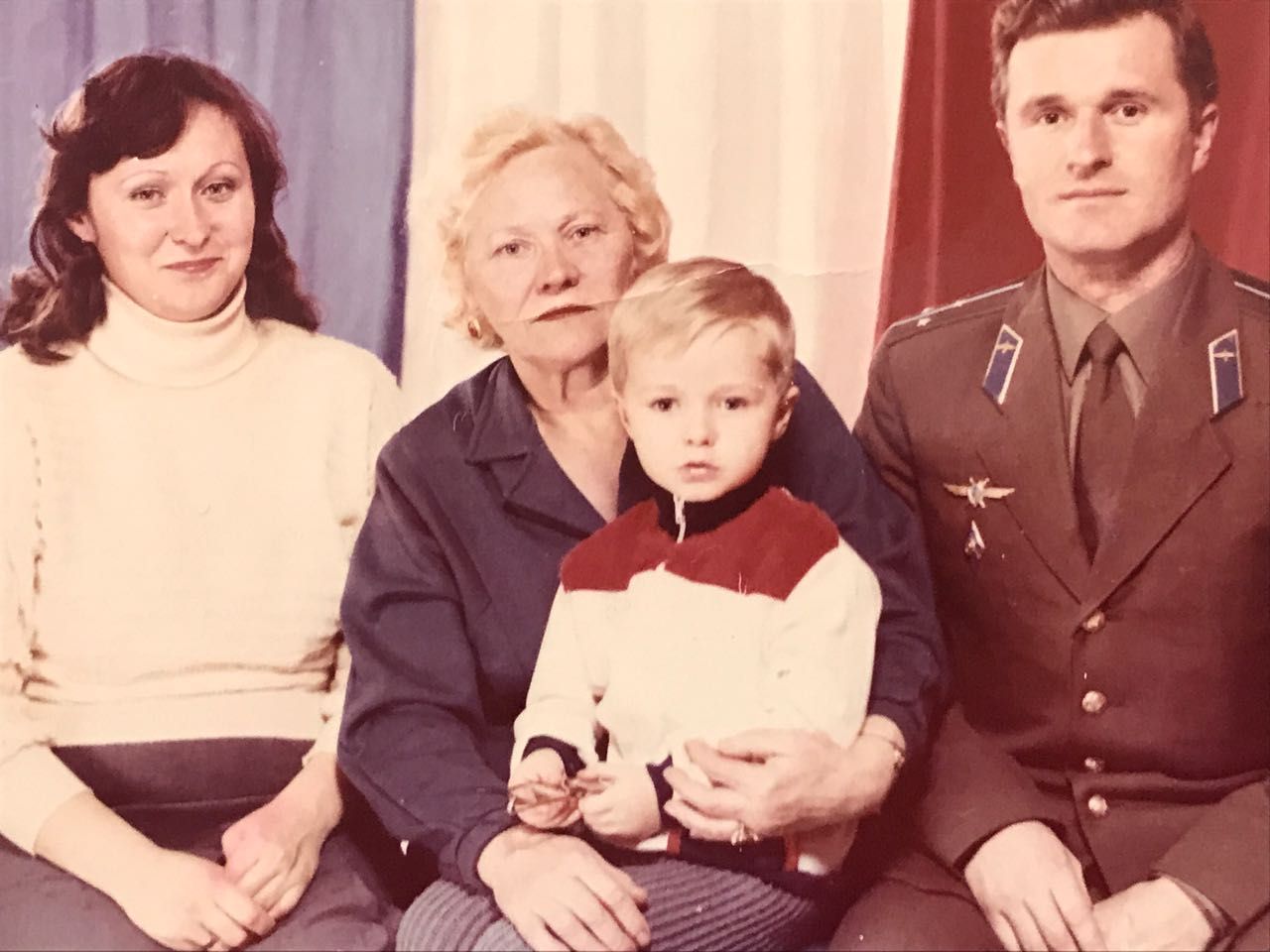 Bigdash was born in the city of Orenburg in southwest Russia near the border with Kazakhstan. However, he did not stay there long because his family had to regularly relocate around the country due to his father’s occupation as a military officer.

Though Bigdash was always on the move, he got caught up in the 80s boom of martial arts action movies. Those films resonated with the young Russian, even as a 5-year-old.

“When I was little, martial arts movies flooded Russia. As a result, we all wanted to be like Chuck Norris and Jean-Claude Van Damme. I was hugely impressed by Van Damme’s kicks,” he says.

“I fell in love with martial arts when I saw a movie starring Bruce Lee. I cannot remember its name now, but I remember loving it, and thinking that I wanted to be like him.”

Bigdash idolized his heroes of the big screen, but for much of his youth, he had nowhere to learn to try and emulate him. That changed about four years later when his father’s assignment caused the family to move yet again.

A Passion For Martial Arts 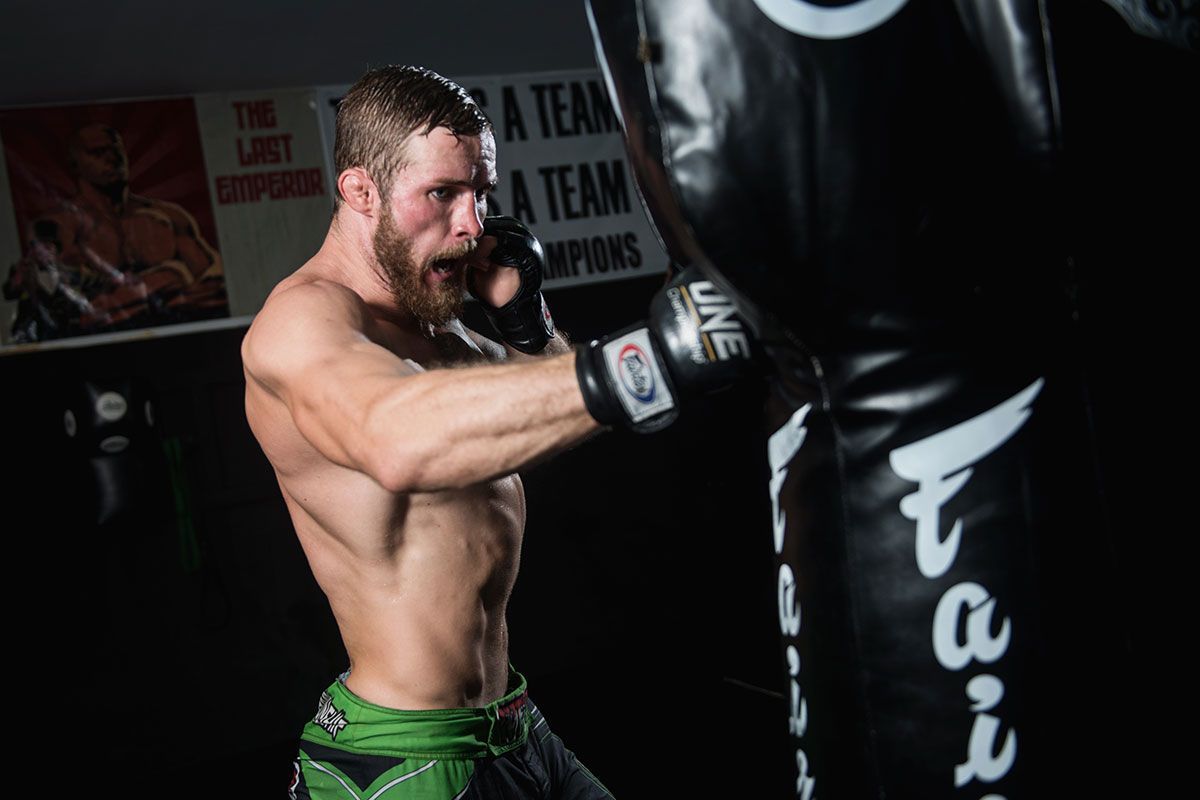 Bigdash’s first martial arts classes were in Kyokushinkai, a Japanese form of full-contact karate that had captured the imagination of many of his countrymen. People were practicing it all over Russia – in garages, backyards, and traditional dojos.

“We moved into another town again and my father’s new colleagues organized a little welcome party,” the former ONE Middleweight World Champion explains.

“They were from the military, like dad, and loved martial arts a lot. One of them brought tapes of people training in Kyokushinkai, and told us there was a studio nearby, where I could train from time to time.”

Bigdash went to that nearby studio for his first class and was instantly hooked. He immediately knew it was something he could see himself doing for years to come.

“I loved everything about it, including the very special atmosphere that the gym had,” he adds.

“It was almost a spiritual experience because people were so passionate about the sport [despite] training in conditions we cannot imagine these days. You would not call it a gym in today’s world, and I really loved wearing a dogi,” he adds with a laugh.

The family continued to move around, but martial arts remained a constant in Bigdash’s life. Wherever they went, it grounded him and provided a sense of stability. It also armed him with confidence, which was needed because he was always a target as the new kid in school.

“I did not ever allow kids to bully me,” he says.

“I had to get into a few fights – we all did at that age – but now I am lucky these days to have many ex-classmates from all over Russia.”

Bigdash took his love for Kyokushinkai to the next level when he started competing in, and winning, several regional tournaments.

The Russian was also enthralled by other martial arts, and he soon threw himself into a couple of new passions. First, it was Muay Thai, and then mixed martial arts.

“I remember watching the first mixed martial arts fights in 1994 and 1995, and admiring Royce Gracie,” he says.

“I tried striking and wrestling, and soon realized that mixed martial arts is the pinnacle of martial arts. In my mind, it comes closest to a real fight, and I enjoy training in all aspects of the game.”

With his love for the sport and burning desire to compete, Bigdash decided he would dedicate his life to competition. With an unwavering work ethic, the Russian dedicated all of his spare time to training and treated it as a career even before he turned professional in 2012.

“My path was very clear – I did not have any other interests or hobbies outside the world of martial arts,” he explains.

“I was not going to become anything else but a fighter. I found it easy to stay disciplined with training, as I am a very goal-oriented person. I always focus on my next goal, and do not relax until I achieve it.”

When Bidash finally went pro in August 2012, he submitted his first opponent with an armbar in round one to begin a seven-match winning streak – with all of his victories by stoppage – that took him to The Home Of Martial Arts.

His first assignment was a ONE Middleweight World Title match against Igor Svirid that promised much and ended up being one of the most thrilling in mixed martial arts history. Bigdash demonstrated near-superhuman tenacity to overcome several knockdowns before he punched and kneed his way to an epic comeback KO victory.

Following 2015’s bout of the year, Bigdash had to wait more than a year to return to action, but he showed few signs of rust as he dominated Aung La “Burmese Python” N Sang over five rounds.

A few months later, the Russian traveled to the Myanmar hero’s hometown of Yangon for a rematch, but this time he came out on the wrong end of a decision after a back-and-forth war – another that earned honors as the best bout of 2017.

After that disappointment, Bigdash dusted himself off and vowed to earn the chance to face his old rival again. It has been a tough few years in which he has been plagued by illness and injuries, but he has never given up on his goal. Now, finally, his persistence has been rewarded, and it sounds like the fans will be, too.

“I don’t hold a crystal ball, so I can’t tell you how exactly this fight might go, but I think if we saw each other now, it would be an even more ferocious and furious fight,” he says.