Jeff Chan was caught between pursuing his passion and holding down a full-time job until a life-changing event inspired him to follow his dreams.

Now, the Canadian is a professional mixed martial artist and internationally-renowned influencer thanks to his MMAShredded social media channels that he uses to share knowledge with, and inspire, hundreds of thousands of followers.

Ahead of his ONE Championship debut against Radeem Rahman at ONE: KING OF THE JUNGLE, Chan reveals how he made the leap from trying to please his parents in a vocation he had no love for to embark on a career in martial arts and step up to the global stage. 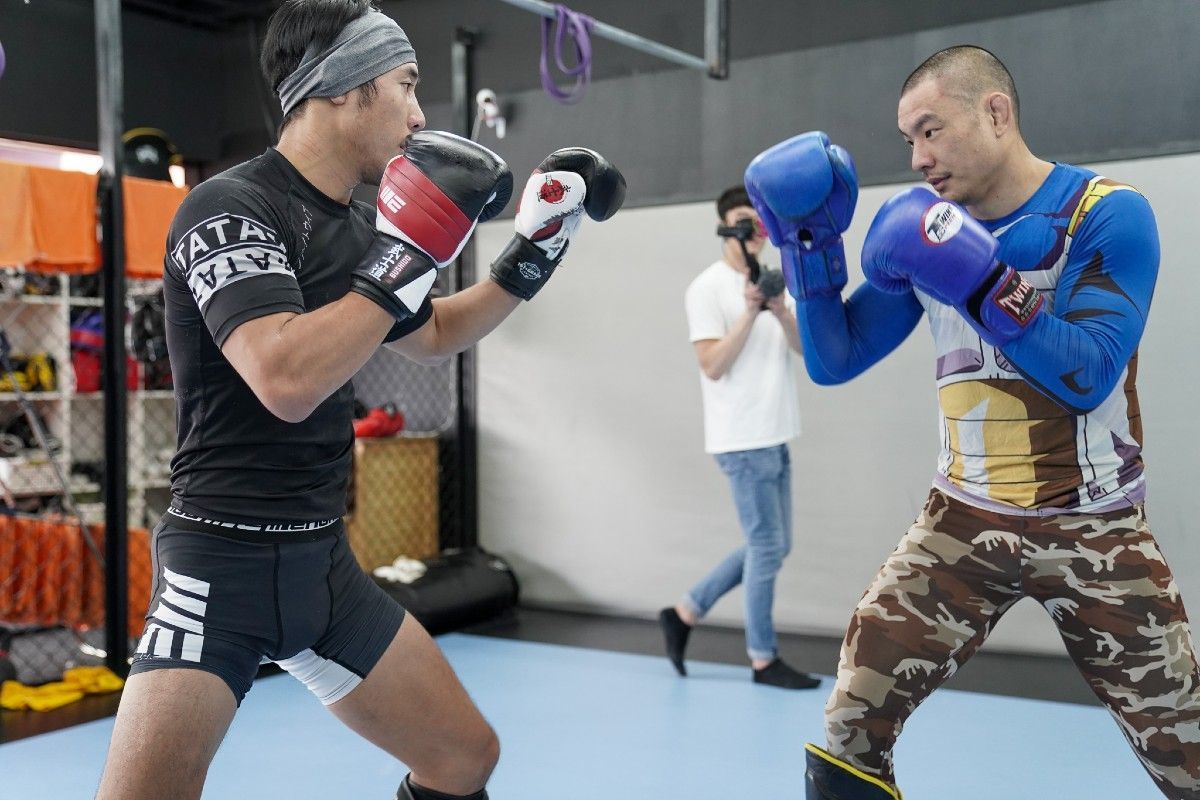 Chan was born and raised in Ottawa, Ontario, Canada. He had a happy childhood with an emphasis on being active. Academics were not his strongest attribute, but he excelled in athletic endeavors.

The penchant for his sports led him to the Ottawa Academy Of Martial Arts at the behest of his best friend.

“As a child, I played a lot of sports. I played soccer, basketball, and volleyball. I was never the best student, but I was good at sports,” he says.

“When I was 15, my best friend, Andrew Duong, suddenly asked me to go to the gym. He had already been training at the time, and brought me along to train Muay Thai. I trained Muay Thai once and tried jiu-jitsu class after that, and basically fell in love with martial arts.

“I trained jiu-jitsu, but I was beaten up so badly the first time it discouraged me from training again, so I moved on to Muay Thai. After four years of training Muay Thai, I wanted to get into mixed martial arts, and that’s when I went back to jiu-jitsu and wrestling.”

His coach, Jeff Harrison, saw promise in his pupil. So much so that he nicknamed him “Masato” after the iconic Japanese K-1 World MAX Champion. 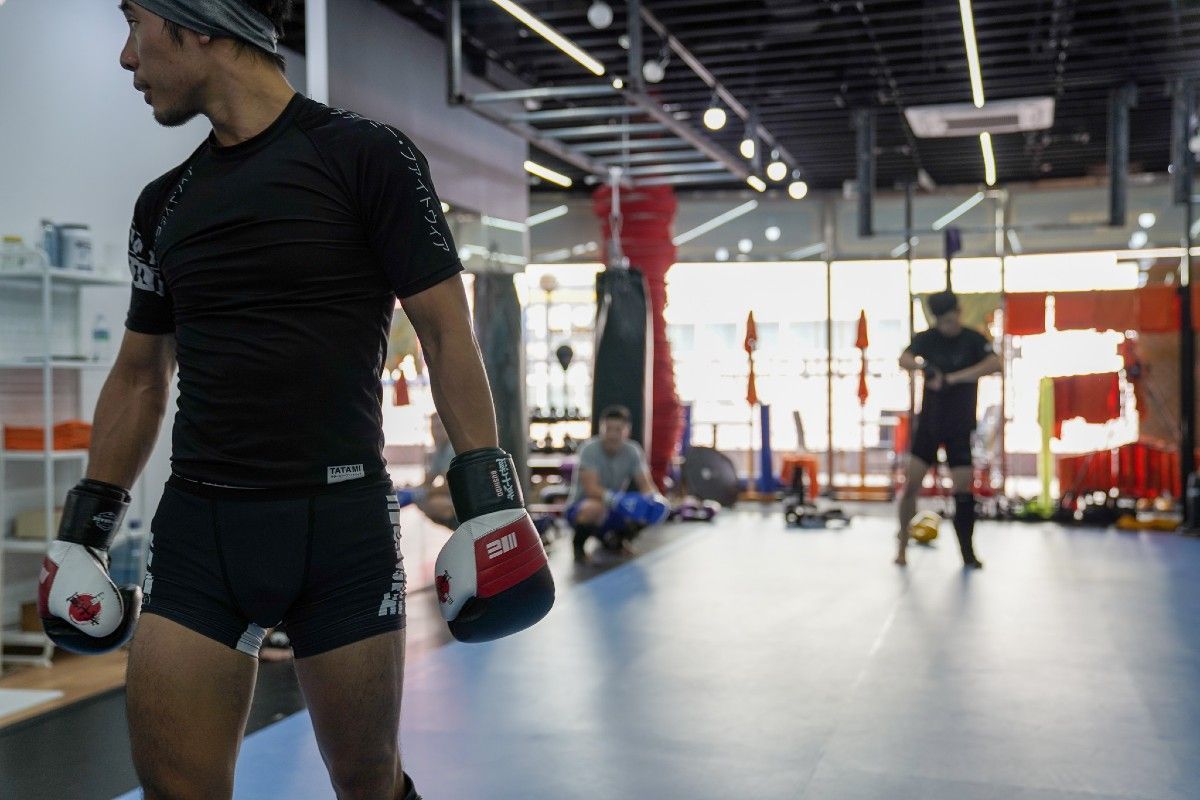 Although Chan was training and excelling in martial arts, it was just a hobby while he focused on academic pursuits through high school and college.

He studied accounting and business for two years based on his parents’ expectations, but he changed course to pursue something more suited to his character.

“I went into accounting because my family is Chinese and wanted me to get a conservative job,” he explains.

“My older sister, Jessica, is super smart and in finance. So, I went into accounting, but it did not turn out for me. Most people who don’t know what they’re doing want to go into the army or become a police officer, that was me.

“It’s a job that requires elite fitness and contact skills, and that’s what I was doing with most of my time at that time, training martial arts.”

The Ottawa native got his degree in criminology from the University of Ottawa, but he still struggled to find a job after graduation. His degree did not seem to be enough, so he committed countless hours into volunteering and studying for extra certifications until he finally found work in law enforcement.

He was not passionate about what he was doing, but it would take a life-changing tragedy for him to follow his heart.

During his time in law enforcement, Chan’s father, Harry, died. That hit him hard and changed the way he looked at his life entirely.

“That is a very tough time to go through and I realized life is too short to do something that you don’t necessarily love,” he explains.

“That’s when I decided I would pursue martial arts as a career. It just so happens that at that time, I made a decision to travel to Thailand to attend one of my first fight camps in Bangkok.

“I met one of my idols, Sean Fagan, who has a Muay Thai platform on YouTube and Instagram where he teaches martial arts. I was very inspired by what he did, and he told me that I could do the same thing.”

Taking the advice from his mentor, Chan combined his martial arts ambitions with teaching to launch a new endeavor, MMAShredded, to help and inspire others through martial arts.

Its popularity soon exploded, which gave him a new way to make a living by educating and entertaining hundreds of thousands of people around the world.

“I started my own YouTube channel, and from there, three years later, I’m doing this full-time – making videos and teaching online,” he says.

“Reaching 200,000 followers on YouTube and 100,000 on Instagram is a great accomplishment. Being able to help that many people, and continuing to help people on a daily basis, is one of my greatest achievements.”

Over the past decade, Chan has compiled an impressive competitive martial arts résumé to go along with his burgeoning online career.

He has a 24-2 record across kickboxing and Muay Thai bouts, as well as a 3-1 record as a mixed martial artist, which includes a pair of wins by KO.

Any fan of his videos will know that he has also been to train with some of the best teams around the world, but his base is at the world-famous Tristar gym under head coach Firas Zahabi.

Now, he has earned the chance to show what he can do on the global stage for martial arts, where he will have the advantage of being backed by a legion of dedicated fans that is far greater than most athletes at this stage of their careers.

However, the 28-year-old athlete is humble and knows he has a long way to go before he can reach the same heights as some of the luminaries he has trained with.

“My current goal is to win my fight on 28 February, and I’m not thinking too far ahead,” he says.

“I am thinking one fight at a time. Before I have any other goals, I have to get through this one first.”

Read more: Radeem Rahman Has Never Given Up On His Martial Arts Dream