The ONE Championship veteran is next set to face former ONE Flyweight World Champion Kairat Akhmetov (23-1), in a bout that has serious title implications.

The pair will go head-to-head in the main event of ONE: TOTAL VICTORY on Saturday, 16 September, at the Jakarta Convention Center in Indonesia. Eustaquio, a former ONE Flyweight World Title challenger, realizes this bout to be the toughest test of his career, and is getting ready to put on a spectacular performance.

“Kairat [Akhmetov] is a very well-rounded athlete. He can dictate any bout either standing up or on the ground. It is going to be a very tough challenge, for sure,” said Eustaquio. “I have to prepare myself well so I can put in a good showing. This is an important bout for me. It all comes down to preparation. The first stage of competing is training, and right now I’m working hard on my game.”

Akhmetov faced interim champion Adriano Moraes in an epic rematch last August in Macao, but ultimately surrendered his title, suffering the first loss of his career in the process. The Kazakhstani martial artist battled Moraes on the mat for five whole rounds, dropping a unanimous decision in what was a gruelling match.

Eustaquio, however, feels he has learned the lessons from previous bouts, and is ready to capitalize on what he believes to be Akhmetov’s biggest flaw.

“He (Akhmetov) is a great wrestler, so I have to be ready for his takedowns. If this match goes to the ground, I am still confident in my skills, but he’ll definitely have the advantage. I learned a lot from my experience against [Toni] Tauru and Adriano [Moraes],” said Eustaquio. “if I had to identify one area of weakness in him, I believe it is in planning. I don’t think he went into the Moraes bout with the right strategy.”

Eustaquio will get his chance to prove this theory in just a couple of weeks’ time. When the door closes and it’s time to perform at the center of the cage, Eustaquio knows all his hard work will manifest itself. That is why the Baguio City native says he is lucky to be training with of one of the most renowned gyms in Asia.

Under the careful guidance of legendary Filipino martial artist, coach Mark Sangiao, and alongside his teammates former ONE Featherweight World Champion Honorio “The Rock” Banario and reigning ONE Lightweight World Champion Eduard “Landslide” Folayang, Eustaquio says he is working hard at plugging the holes in his skill set.

“Right now, I’m preparing with the best team in the world, Team Lakay,” said Eustaquio. “I am very fortunate to have my brothers with me in training. We really are one big family. Everybody is constantly looking out for one another. When they see areas of my game I can improve on, they are sure to tell me. And they are also the ones who help me to improve.” 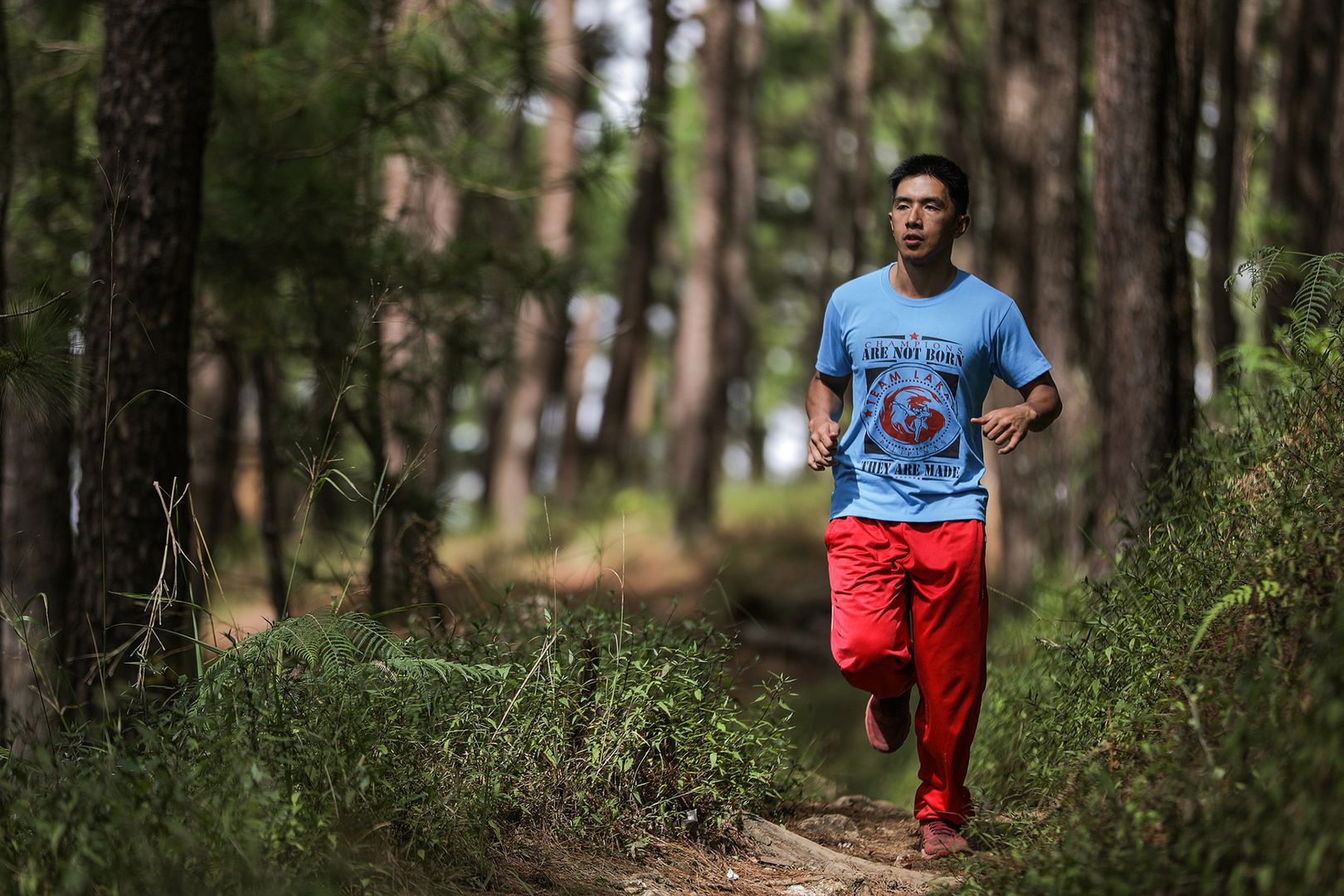 Honing his talent in the high altitudes of the Philippines’ mountain region, Eustaquio has come to know himself extremely well, and believes he has two distinct advantages over his opponent that could prove to be effective in neutralizing Akhmetov’s grappling advantage.

“I feel I have the edge in both speed and movement,” said Eustaquio. “Speed is important in any contest. If I had to identify one asset to take with me into any battle, it would be speed. Speed gives me power and unpredictability. Movement is second, because with good movement I can avoid getting hit, and I can move in to unload my offense. I can also move out of the way when needed.”

At 28 years of age, Eustaquio still has a lengthy career ahead of him. Despite already challenging for a world title once before – a 2014 showdown against common opponent Moraes in Cambodia – Eustaquio realizes this could be his ticket to another title shot.

“It feels good to be in the main event. Of course, I am honored. These opportunities are rare, so I have to make the most of it,” said Eustaquio. “But as we know, with great opportunity comes great responsibility.

“Our destiny is within our hands, and we control the outcome. My dream is to become ONE Flyweight World Champion, and I believe if I can beat Kairat (Akhmetov), my rematch with Adriano (Moraes) will come in perfect time. God willing, I see myself scoring a knockout in this bout.” 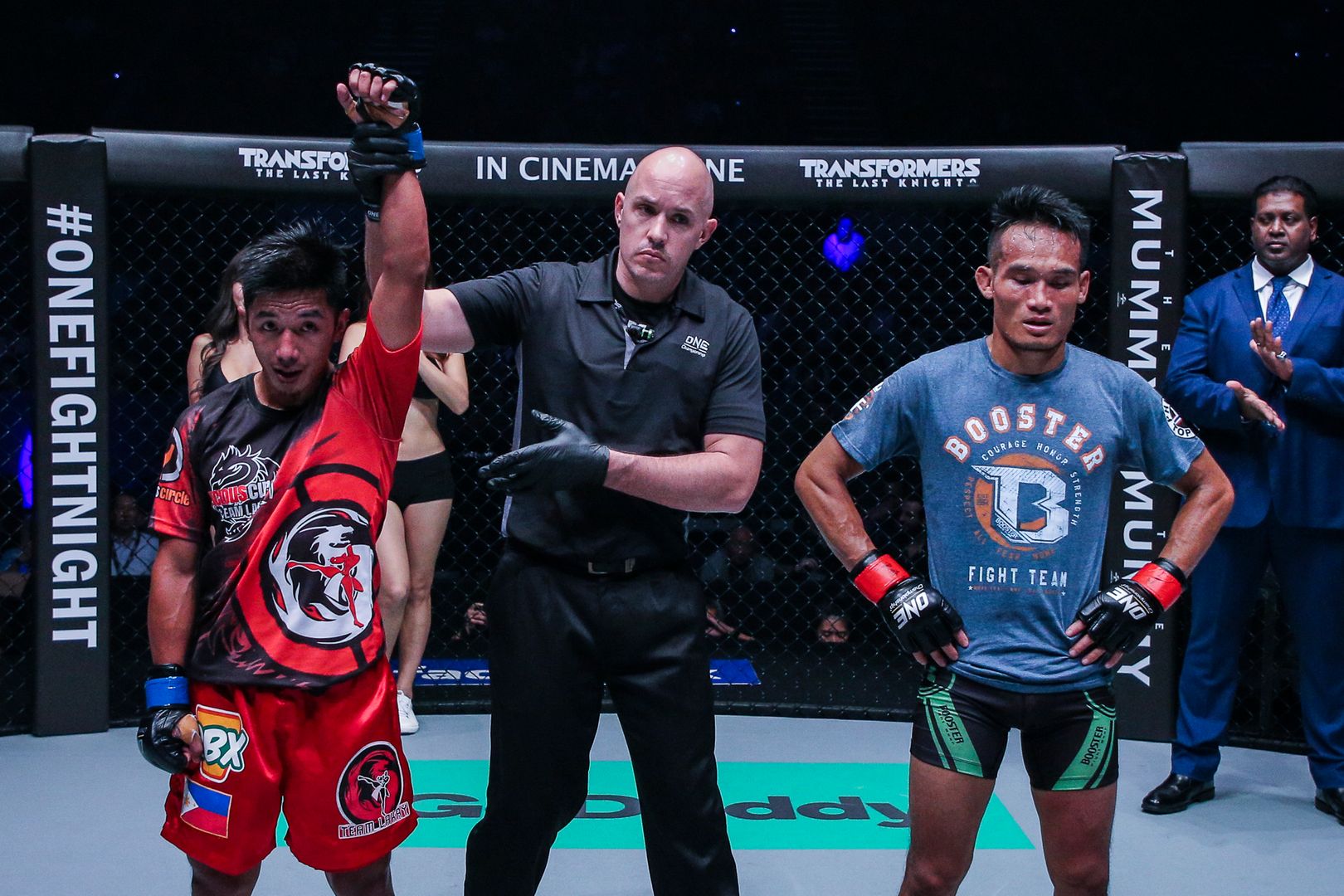 What’s more, just like every other athlete who represents his nation, Eustaquio says the hopes and dreams of those who believe in him hang in the balance, and that it is his responsibility to see his world championship goals through.

“The people who have been with me since day one – the fans, my family, my friends, my brothers at Team Lakay, and all the people who have shown me love and support – this is my motivation to keep competing, and to keep giving a hundred percent,” said Eustaquio.

“Being world champion isn’t just for me, it’s for everyone who believes in me. One day I will be called champion. This bout against Akhmetov is so important. I will be sure to give it my all.”