Shinya Aoki, the ONE Lightweight World Champion, is highly regarded as the best mixed martial artist in Asia. However, while fighters traditionally claim to have conquered fear, Aoki embraces it. He confesses he is deathly afraid of fighting, failing and, most importantly, losing his upcoming fight.

The Japanese submission wizard will attempt to extend his nine fight win-streak as he defends his beloved championship title against number one contender Eduard “Landslide” Folayang at ONE: DEFENDING HONOR, which takes place live on Friday Night, 11 November, from the Singapore Indoor Stadium.

“I am not confident at all. I am very scared, so I would like to fight the fear from today,” the 33-year-old champ says. “There is no room in my mind to think about continuing my winning streak, that is how much I am scared of the next fight.”

Folayang certainly possesses the necessary skills to dethrone Aoki. A product of the famed Baguio, Phillipines-based MMA camp Team Lakay, the 32-year-old known as “Landslide” is a three-time SEA Games Wushu gold medalist and Filipino MMA welterweight champion. He enters the tilt with a 16-5 record and is riding a two-fight win streak. 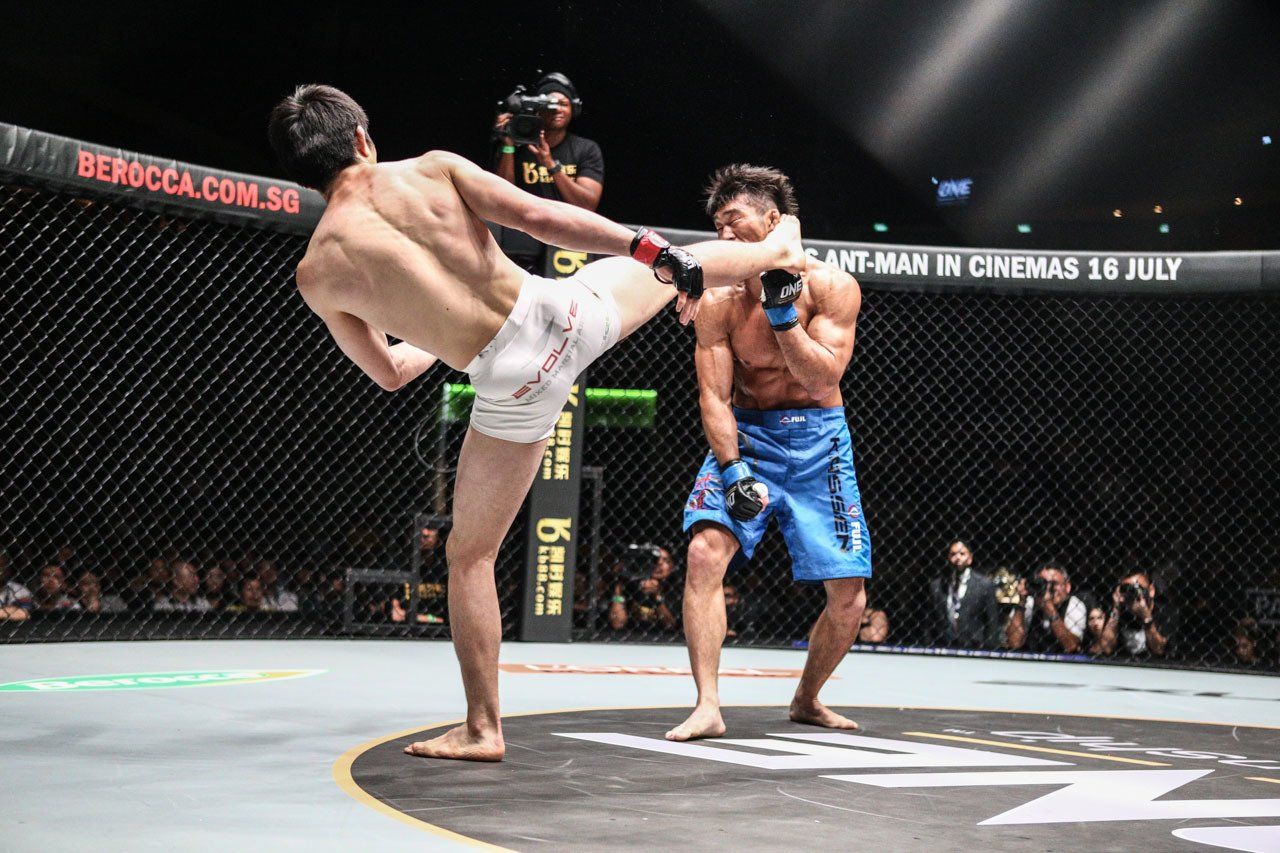 Aoki seems well prepared for Folayang though. He is training under the guidance of MMA legend and Paraestra founder Yuki Nakai in Japan, as well as with Muay Thai world champions at Evolve MMA in Singapore, and is constantly making improvements to his standup game.

What’s more, while the Filipino is renowned for his striking credentials, Folayang has vastly improved his grappling and submission defense too, as displayed in recent bouts with Tetsuya Yamada and Adrian Pang.

Aoki acknowledges that, subtly taking a swipe at his opponent by saying: “He has good striking and recently, he has picked up MMA.”

However, there is one glaring weakness the champion sees in Folayang’s game. Quite simply, Aoki says: “he has not experienced more fear than me.”

Aoki is a man driven by fear. In fact, the famous Sherlock Holmes line of “fear is wisdom in the face of danger” may very well define the champion’s mentality. 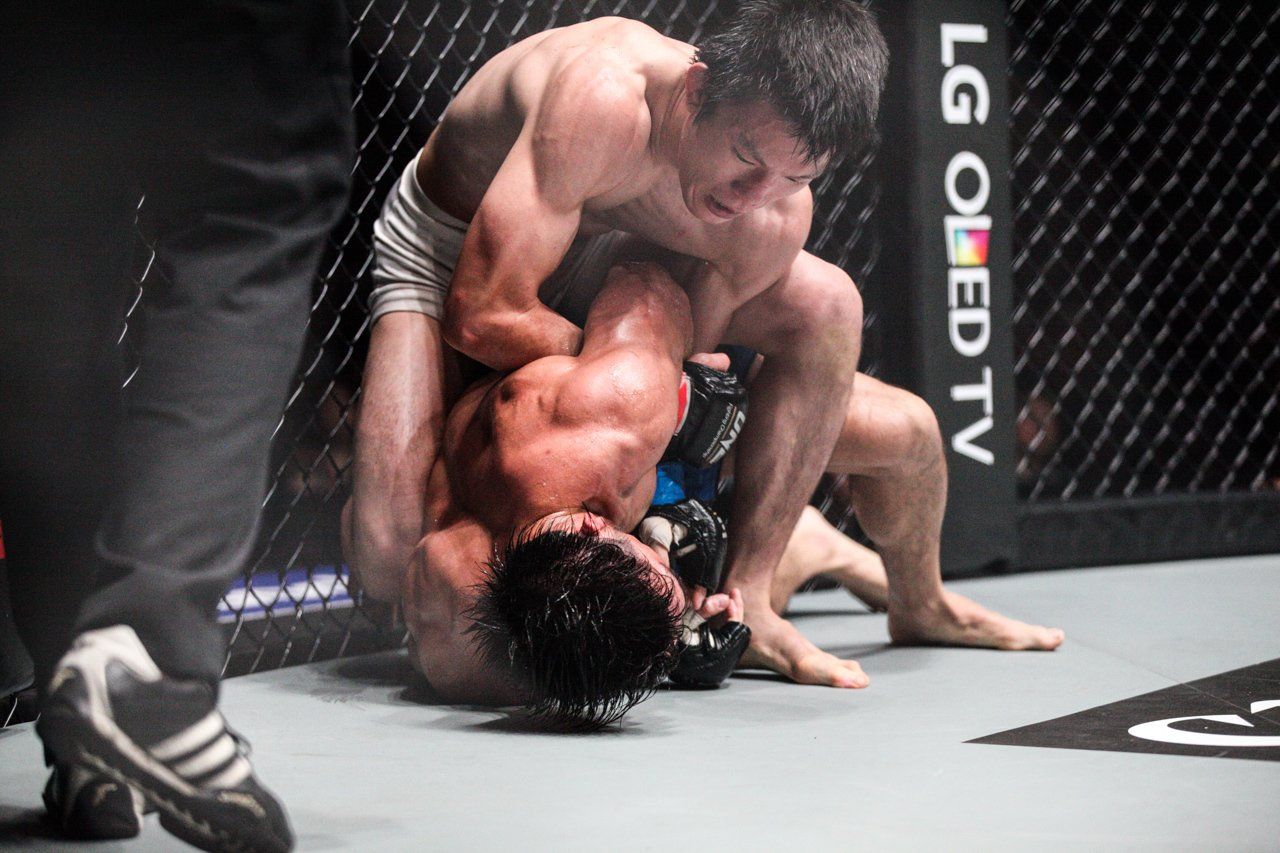 The Japanese luminary has stepped inside the cage 46 times and has faced the biggest names in the sport. He believes that experience gives him the edge over Folayang.

“It’s my biggest advantage over him,” Aoki says. “I have been fighting ever since 2003, and I have experienced losses and fought in unstable environments, so I know the fear and how to survive. I have the experience to live through it, which will help me a lot this time.”

“Tobikan Judan” is armed with black belts in judo and Brazilian jiu-jitsu, and has an incredible catch wrestling background. He became known for battling the best lightweight competition from around the world, smothering them with his relentless grappling attack and pulling off astonishing submissions including gogoplatas and flying triangle chokes.

He has become the modern face of Japanese MMA and the leader of a generation, yet he does not allow himself to think that or even carry that enormous responsibility. Instead, Aoki would rather focus on the task at hand — his upcoming battle with Folayang and his career as a professional fighter.

“I am putting all my energy into what I am doing now,” he states. “I still cannot imagine myself creating a new Japanese MMA era or becoming the Japanese MMA leader. I have enough to do with what is in front of me.

“I am just focusing every day, working hard so I can spend a career that I can be satisfied with. I do not have a dream to go down in history.”

Aoki may not have that in mind, but the reality is he is creating history. He is currently more than 1300 days into his title reign as the ONE Lightweight World Champion, and is the longest-reigning champion on the entire roster.

As long as he trains hard, stays focused, and defeats Folayang along with his fears, that reign looks set to continue, as will his legacy as an all-time great of the sport.